Home » Entertainment » What’s on TV Tuesday: ‘The Purge’ and the Midterm Elections

What’s on TV Tuesday: ‘The Purge’ and the Midterm Elections

Catch the first-season finale of “The Purge” on USA. Or follow the 2018 midterm election results as voters cast their ballots.

THE PURGE 10 p.m. on USA. It would be foolish to expect this story, adapted from James DeMonaco’s film franchise, to have a happy ending. We saw a darker side of Joe (Lee Tergesen) last week, and it’s likely this season finale may have another alarming surprise up its sleeve. But fans of the series may want to bask in this episode — it’s unclear whether there’s a Season 2 in the works.

THE 2018 MIDTERM ELECTIONS On multiple networks. After months of voting in primaries, Americans will cast their ballots in the general election on Tuesday and determine whether Republicans will remain in control of the U.S. House and Senate for the next two years. Several networks will be covering the results, beginning with CNN at 5 p.m., Fox News and MSNBC at 6, and ABC, NBC, CBS and C-SPAN at 8. New Yorkers can also tune into PBS at 8. (Other viewers should check local listings.) If you’re not sure what to look out for, read up on the Senate and House races to watch.

MAYANS M.C. 10 p.m. on FX. The first season of this sequel to “Sons of Anarchy” comes to a close with the club’s future hanging in the balance. 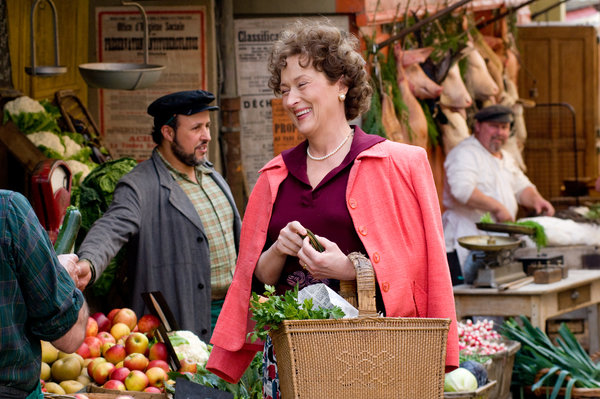 JULIE & JULIA (2009) on iTunes, Amazon, Google Play, Netflix, Vudu and YouTube. The director Nora Ephron weaves the true stories of the chef extraordinaire Julia Child (Meryl Streep) and the writer Julie Powell (Amy Adams) in this sweet, wholesome comedy. The film juxtaposes Julia’s early days as an ebullient cook in Paris with Julie’s humdrum life in Queens more than 50 years later. It’s humdrum, that is, until Julie decides to cook all 524 recipes from Julia’s “Mastering the Art of French Cooking” in a year and blog about it. Whether you know how to whip up a crème brûlée or not, watch for Streep’s lovely performance. “By now this actress has exhausted every superlative that exists,” A. O. Scott wrote in The New York Times, “and to suggest that she has outdone herself is only to say that she’s done it again.”

GODZILLA VS. THE THING (1964) on Amazon, FilmStruck, Google Play, Starz and YouTube. A mysterious, gigantic egg washes ashore and stirs up the rage of the newly awakened Godzilla in this classic by Ishiro Honda, released in Japan as “Mothra vs. Godzilla.”

FAKE NEWS, REAL JOKES! (2018) on iTunes, Amazon, Google Play and Steam. Dennis Miller, the former “Weekend Update” anchor, returns to stand-up comedy with his ninth special, “Fake News, Real Jokes!” Though the comedian made a name for himself on “Saturday Night Live” and his own HBO show, he has since become known for his wry, conservative commentary. Here he sprinkles political jabs (some more cringeworthy than others) throughout bits on social media and commercial air travel.