DEEPWATER HORIZON (2016) 7:30 p.m. on FX. The screenwriters Matthew Michael Carnahan and Matthew Sand based the script for this film on an article in The New York Times that investigated the 2010 Deepwater Horizon oil spill and industrial disaster. Peter Berg directs, with Mark Wahlberg, Gina Rodriguez and Kurt Russell as the main characters. Their antagonists, in this case, are BP and the managers of the rig, played by John Malkovich and Brad Leland, who are shown to put profit over safety concerns, resulting in 11 deaths and an oil spill of more than 100 million gallons in the Gulf of Mexico. 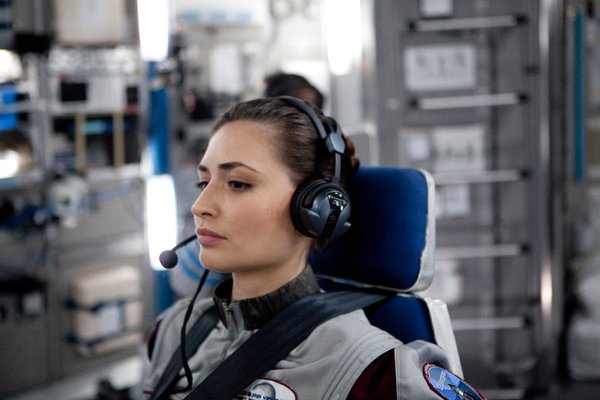 EUROPA REPORT (2013) on Hulu. This found-footage sci-fi film from the Ecuadorean director Sebastián Cordero finds a group of six astronauts in close quarters, en route to one of Jupiter’s moons. Grounded in realism (rather than space lasers and explosions), the movie wrings its suspense out of a slow, steady ascent into the unknown. Cordero shapes “a number of sci-fi clichés — from the botched spacewalk to the communications breakdown — into a wondering contemplation of our place in the universe,” Jeannette Catsoulis wrote in her review for The Times. The actors playing the explorers include Sharlto Copley (“District 9”) and Karolina Wydra (“House”).

LOVE ACTUALLY (2003) on Netflix. After watching him spray zombie guts around for the past eight years as the star of “The Walking Dead,” it may be hard to remember that the actor Andrew Lincoln ever played any roles that didn’t involve reanimated flesh monsters — or a Southern accent. But among all the members of the bountiful ensemble directed by Richard Curtis in this Christmas-themed romantic comedy (Alan Rickman, Emma Thompson and Liam Neeson among them), a younger Lincoln stands out thanks to a scene involving Keira Knightley, a boombox and some memorably deployed cue cards. The movie is eagerly revisited by some devotees around this time of year, though others may find it hokey. In his review for The Times, A.O. Scott called the film “an indigestible Christmas pudding” that is “more like a record label’s greatest-hits compilation or a ‘very special’ sitcom clip-reel show than an actual movie.”

INTO THE FOREST (2016) on Netflix. Those who like coming-of-age tales and post-apocalyptic stories can satisfy two tastes with one movie in this adaptation of a Jean Hegland novel, written and directed by Patricia Rozema. Ellen Page and Evan Rachel Wood play Nell and Eva, sisters living in the Pacific Northwest. After a mass blackout, they have to learn to survive unplugged with the help of their father (Callum Keith Rennie). The film’s quiet, reserved nature sets it apart from many other films in the genre. But the silence also, Manohla Dargis said in her review for The Times, prevents it from developing into a gripping narrative. “The world may be burning,” Dargis wrote. “Here, it barely simmers.”