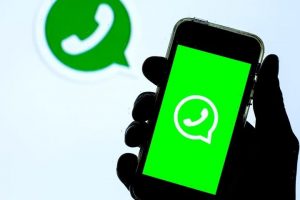 WhatsApp is introducing a new feature that allows users to send disappearing photos and videos.

After the recipient opens a photo or video sent in “view once” mode, the media disappears forever, similar to other popular messaging apps like Snapchat. The Facebook-owned company said that the mechanism is “giving users even more control over their privacy.”

Photos and videos sent in view once mode appear like regular messages in the chat, marked with a “one-time” icon and viewable with a simple tap. Like other media sent in the app, photos and videos can still be edited, doodled on and captioned.

As long as the recipient has read receipts turned on, the sender will be able to see when their view once media has been opened. If the media hasn’t been opened after 14 days, it will disappear from the chat.

WhatsApp introduced the concept of disappearing content in November with a feature that automatically erases messages from a chat after seven days.

The effort seems to come as part of Facebook’s plan to improve its approach to protecting people’s privacy, as WhatsApp shares user data with its parent company.