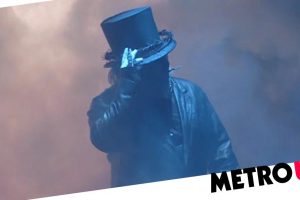 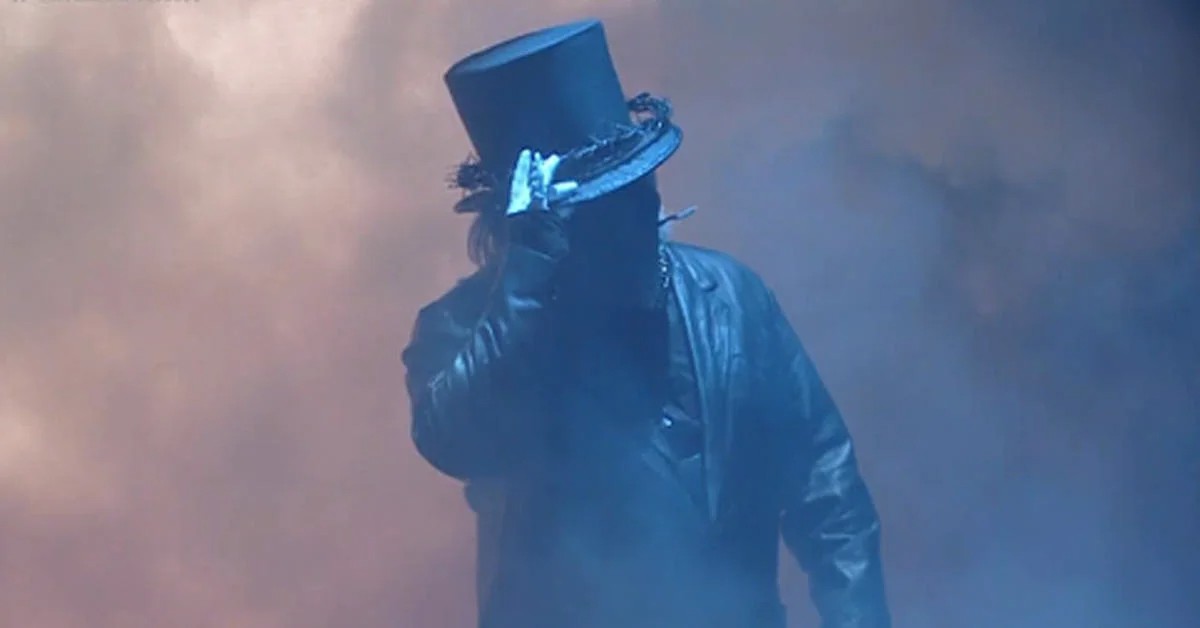 The former world champion, who suffered a broken finger earlier this week. kicked off the last show of 2022 by addressing last week’s unprompted attack on a cameraman ‘in cold blood’, and apologised for the incident.

This didn’t sit right with Knight, who has seemingly been beaten down by Uncle Howdy backstage a number of times over the past few weeks, and he came down to the ring confront Wyatt.

‘You used to be something. You used to be a force,’ he argued, before insisting he wanted to make a statement at the Royal Rumble on January 28.

‘You little idiot. Who the hell do you think you’re talking to, son? I’ve been really patient this whole time,’ Wyatt responded, insisting he could’ve ended him at any time.

He accepted the challenge for the Rumble, before a creepy video appeared repeating the ‘revel in what you are’ line, ending with a warning to ’embrace the dark’.