Home » Entertainment » Will Princess Charlotte Ever Be Queen? How Her Royal Title May Evolve

Will Princess Charlotte Ever Be Queen? How Her Royal Title May Evolve 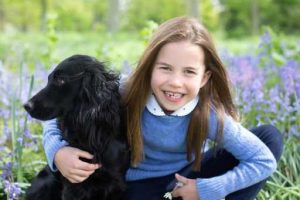 Princess Charlotte is officially seven years old and starting to understand that she has an official royal role. While her duties are kept to a minimum at her young age, at some point, they will slowly start to ramp up as Her Royal Highness Princess Charlotte of Cambridge gets older. She’s currently fourth in line for the throne as grandfather Prince Charles, dad Prince William and big brother Prince George are ahead of her. But would it ever be possible for Charlotte to be queen? Well, it’s possible, but not probable. Let’s take a look at what would have to happen to make that a reality.

The original laws of succession state that the firstborn son of the reigning monarch is heir to the throne. That law was changed in 2013 with the Succession to the Crown Act to allow any child “born after 28 October 2011” to be eligible to reign. Charlotte’s current fourth-place status will remain in place until George has a family of his own — that’s when the current structure would change, and Charlotte would drop down with each child her older brother has.

Charlotte will likely hold other titles as time goes by, but there is a tiny (we are talking very tiny here) possibility that she could become queen one day. If George, for whatever reason, decided to abdicate the throne, then it would open up the opportunity for his younger sister to reign. While that might seem unprecedented, it has happened before in history — in fact, it’s why Queen Elizabeth is in power. King Edward VIII chose love over royal duties after falling head over heels for a twice-divorced American woman, Wallis Simpson. On Dec. 10, 1936, he abdicated the throne to his younger brother, George VI. From that day on, the line of succession excluded Edward VIII and any future children he might have, so it paved the way for Queen Elizabeth to come into power after the death of her father, George VI, in 1952.

It would take extraordinary circumstances to ever see Charlotte as queen, but as we’ve seen before in history — it can happen. It’s more likely that she will become Princess Royal, which is “customarily given by the Sovereign to his or her eldest daughter” and is considered an honorary title. As the highest honor given to a female member of the Royal Family, Charlotte will likely hold this position once her dad is king and if the current Princess Royal, her great-aunt Princess Anne, passes away. The royal family’s titles, positions and succession to the throne are quite a complicated process, but it has evolved over time. It’s always possible that rules will be amended to adapt to modern times, or that unexpected events could change the family’s line to the throne — and in turn, change palace history.

Before you go, click here to see the 100 best photos of the royal family from the past 20 years.