Home » Entertainment » Will the hearing delve into the issues raised by three new documentaries?

Will the hearing delve into the issues raised by three new documentaries? 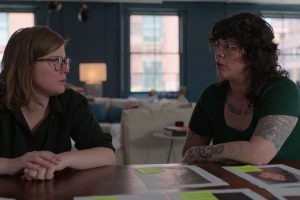 Bugging. Restrictions on spending. Failed efforts to hire her own lawyer.

In recent days, three new documentaries have come forward with revelations about the degree to which the conservatorship has exerted control over Britney Spears’s life for 13 years — and the extent to which she sought to regain that control early on, without success.

On Friday, for example, The New York Times released, “Controlling Britney Spears,” which detailed how Ms. Spears’s father and the security firm he hired to protect her ran an intense surveillance apparatus that monitored her communications and secretly captured audio recordings from her bedroom.

Ms. Spears’s lawyer called for an investigation, writing in a court filing this week that her father had “crossed unfathomable lines,” further supporting the need to suspend him as her conservator immediately.

But will the court take up those issues specifically?

Early on Tuesday, Netflix started streaming its own film, “Britney Vs Spears,” which used confidential documents and interviews with people who were close with Ms. Spears to detail the singer’s strong objections to the legal arrangement that went on to rule her life, as well as her attempts to escape it.

A third documentary, CNN’s “Toxic: Britney Spears’ Battle For Freedom,” aired on Sunday, and included interviews with some of the singer’s friends and former employees. Dan George, who managed the promotional tour for Ms. Spears’s “Circus” album, says in the film that Ms. Spears “could only read Christian books” and “her phone was monitored.”

The Times documentary includes an interview with Alex Vlasov, a former employee of a security firm, Black Box, that was hired by Mr. Spears to protect Ms. Spears. Mr. Vlasov, who worked as an executive assistant and operations and cybersecurity manager, said the firm would monitor his daughter’s communications through other devices that were signed into her iCloud account and share them with her father.

The surreptitious audio recording, he said, included her interactions and conversations with her boyfriend, children. (It was unclear whether the court had approved these strategies, and both Mr. Spears and the security firm said in statements that their actions were within the law.)

The Netflix film, by the filmmaker Erin Lee Carr and featuring the journalist Jenny Eliscu, reported that, very early in the conservatorship, Ms. Spears had attempted to hire her own lawyer to help her escape the strict limitations of the conservatorship.

Ms. Spears is heard on a 2009 voice mail addressing a lawyer, who is not identified, seeking reassurance that her effort to end the conservatorship would not jeopardize her right to time with her two sons. At the time, about a year into the conservatorship, Ms. Spears was represented by a court-appointed lawyer after a judge determined that she did not have the capacity to choose her own.

Ms. Eliscu, who said that she knew Ms. Spears after profiling her twice for Rolling Stone, recounts a time when Sam Lufti, Ms. Spears’s friend and sometime manager, asked her to surreptitiously present court papers for the singer to sign; the papers stated that Ms. Spears’s court-appointed lawyer, Samuel D. Ingham III, was not “advocating adequately on her behalf.” Ms. Eliscu said she met Ms. Spears in the bathroom of a hotel and the singer signed the document, but her wishes were not granted.

Ms. Spears was represented by Mr. Ingham until July, when a judge ruled that she could choose her own lawyer.