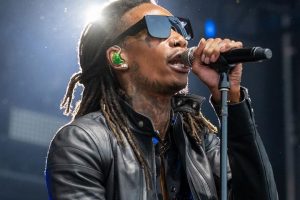 After weeks of teasing a new song, Wiz Khalifa has shared the single “Never Drinking Again.” True to its name, the 35-year-old artist uses the track to detail his journey with sobriety.

“Just in time for New Years,” he wrote in a caption on Instagram, along with a brief clip of the snowy outdoors panning to him on the couch. “Enjoy your festivities drink responsibly and tag me when you use this sound in your video the day after #neverdrinkingagain.”

Khalifa’s latest song hears him sing rather than rap. It follows his seventh studio album, Multiverse, via Taylor Gang Entertainment and Asylum Records.

On Multiverse, Khalifa dips into hip-hop, pop and rhythm and blues across 17 songs. “Never Drinking Again” is the first track he’s dropped since.

In other music news, SZA gets ready for revenge in the “Kill Bill” music video teaser.
Source: Read Full Article