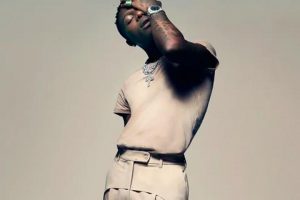 Four years ago, Wizkid was introduced to the world through his feature on Drake‘s smash hit, “One Dance.” The spotlight gave the Nigerian singer a chance to broaden his audience and quickly garnered international recognition. Now, the Afrobeats pop star has made his way to the Top 10 on the Billboard Hot 100. His track “Essence” quickly became the frontrunner for song of the summer, after the song was given a second life in 2021.

Wizkid’s Justin Bieber-assisted remix of “Essence” with Tems has made a historical feat, currently sitting at the No. 10 spot. Though this is his second hit on the list, the accomplishment marks his first top 10 as a solo artist, while the song is also reportedly the first Nigerian track in history to hit top 10 on the Billboard Hot 100. In August, Bieber added his vocals to the already sensational Afrobeat tune that heard his verses intertwine with Tems soulful and sultry chorus and Wizkid’s syncopated verses.

The song was originally released in 2020 as a part of Wizkid’s Made in Lagos album. The music video for the song arrived earlier this year in April. Take a look at the video below.

In other music news, Lil Uzi Vert has teased a release date for his new album The Pink Tape.
Source: Read Full Article