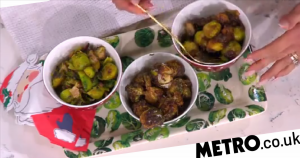 This Morning viewers witnessed a Christmas miracle as a woman was cured of her Brussels sprout phobia just in time for the big day.

Guest Kerstin Shepherd appeared on the ITV daytime show to see if therapist couple Nik and Eva Speakman could help her overcome her fear of the already pretty divisive vegetable.

‘I can’t actually define a particular moment, there isn’t any one particular event,’ she said of the phobia that started when she was six or seven years old. ‘It’s just something that’s built up over a period in my young childhood that has just got worse and worse as the years have gone by.’

Before meeting the pair, Kerstin couldn’t eat anything that’s been on a plate with a sprout – although she doesn’t mind ‘any other greens’.

‘If there is a Brussels sprout, or one amongst my food, I can’t eat anything on that plate. No, no, no. I have to have a clean plate,’ she explained. ‘I cannot abide it…. It renders everything else inedible.’

About 15 years ago, she spent a year building herself up and was eventually able to eat one, but being served a spaghetti bolognese with a pile of sprouts on top set her back. 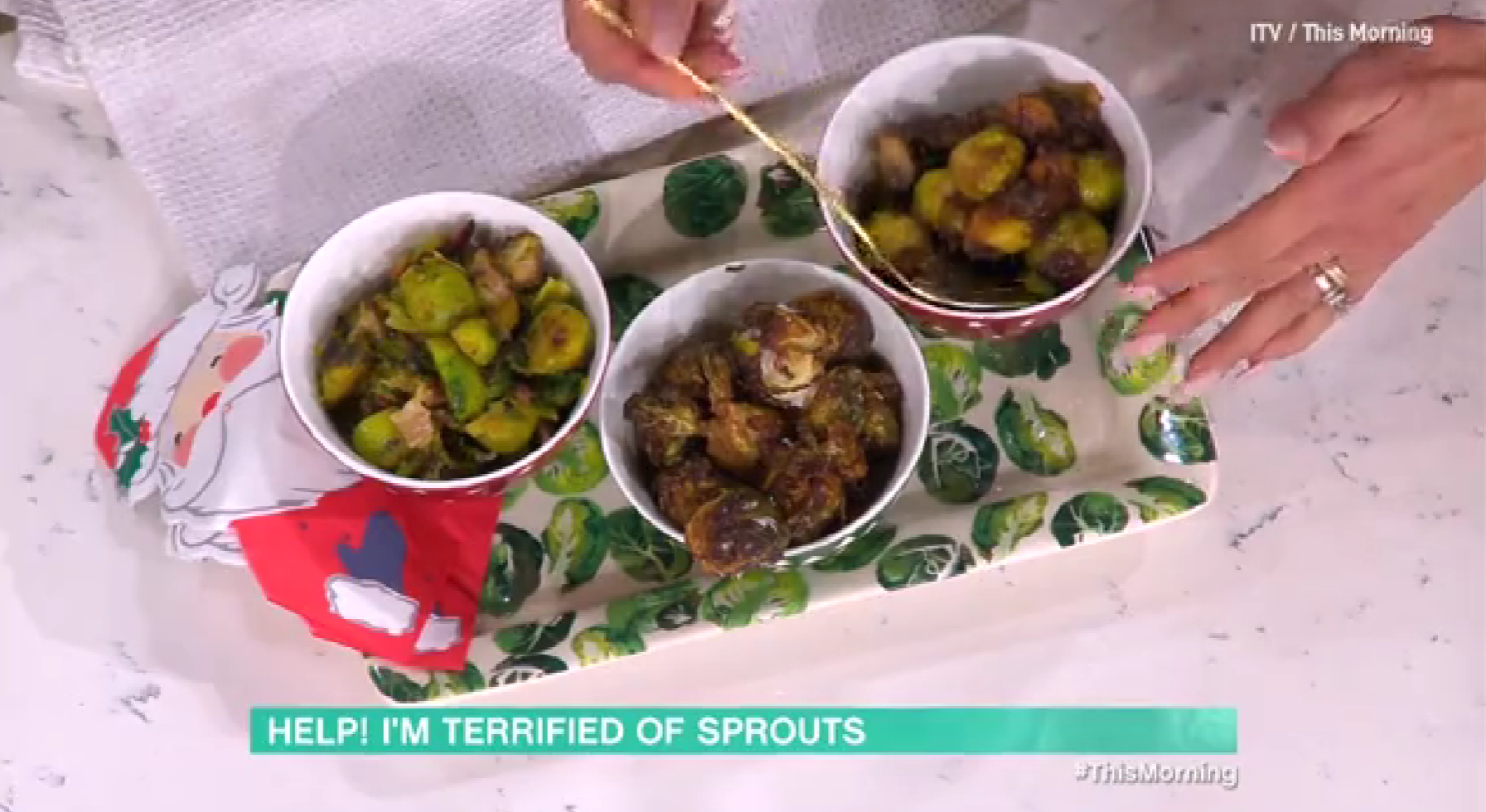 ‘It was completely unexpected and wrong on every level, and I was completely overwhelmed,’ she said, while the Speakmans explained that she was simply ‘wrestling and fighting’ with her fear, not overcoming it.

On This Morning, she was calm when presented with a lone raw sprout on a plate because she knew she wouldn’t be ‘expected to eat it’, but she couldn’t touch it, while a plate scattered with more was ‘too much’.

A fuller plate was brought out and she started shaking, admitting there was no chance of her eating any – although she was hopeful she could be cured.

‘It would make things an awful lot easier,’ she said. I actually feel ridiculous, because people think it’s ridiculous or it’s a joke.’

Later in the show, the Speakmans and Kerstin appeared again to break down the phobia and test if she was able to overcome it.

‘This comes down initially to school dinners. Everyone in class had to finish the plate. It was the pressure,’ Nik said of the root of her fear.

This time, when presented with sprouts – all cooked in various different ways – she admitted: ‘My palms are not sweating. I’m feeling a lot more comfortable.’

She was even able to eat some and admitted while she has ‘a little bit of processing to do’, she no longer had the sick feeling when confronted with the veg.

This Morning airs weekdays at 10am on ITV.