'Wonder Woman 1984' Offers a Preview of Its Opening Scene 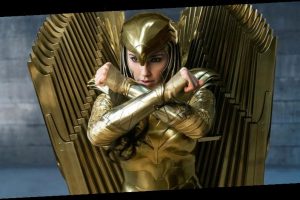 Ahead of its release later this month, Warner Bros. is now offering fans a first look at the opening scene for DC Comics‘ Wonder Woman 1984.

In the three-minute clip (which you can view above), fans are once again transported back to the Amazon Isles, where the titular hero herself grew up, honing her superhuman skills through treacherous training and Olympian-like contests of strength and agility. The clip then ends with cuts to Diana in modern day, where she’s saving lives left, right and center with her hypersonic sprints and bullet-deflecting Lasso of Truth.

Once again directed by Patty Jenkins, Wonder Woman 1984 will be a sequel to the hero’s origin story back in 2017, which released to critical acclaim. Gal Gadot reprises her role as the titular superhero, with Chris Pine also returning to the franchise. The two are joined by newcomers Kristen Wiig and Pedro Pascal, who’ll be playing the villainous roles of Cheetah and Maxwell Lord respectively.

Wonder Woman 1984 is scheduled to release at theaters and on HBO Max December 25.

END_OF_DOCUMENT_TOKEN_TO_BE_REPLACED

END_OF_DOCUMENT_TOKEN_TO_BE_REPLACED
We and our partners use cookies on this site to improve our service, perform analytics, personalize advertising, measure advertising performance, and remember website preferences.Ok