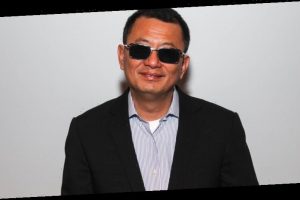 Wong Kar-Wai has written a sequel for his critically-acclaimed Chungking Express (1994). The director has been appearing in headlines as of late, like the announcement to show a 4K restoration of In the Mood for Love at the upcoming Cannes festival. Wong is returning to the big screens with a follow-up to one of his most revered films.

Various sources have reported that the new sequel will be titled Chungking Express 2020, following a story that will be set in the future: 2036, in Chongqing, China. The plot appears to be as dynamic as the original, telling semi-fragmented stories through the perspectives of multiple characters. While Wong, technically, expanded on Chungking Express with Fallen Angels (1995), originally meant to be the sequel, the movie ended up becoming more of a spin-off. “I see the films as inter-reversible, the character of Fay Wang could be the character of Takashi in Fallen Angels; Brigitte Lin in Chungking could be Leon Lai in Fallen Angels,” said Wong in 1998. Wong is currently serving as the screenwriter, so there’s potential for a different director to lead the production. Furthermore, it appears cinematographer Christopher Doyle will not be returning to man the cameras for this film.

For more from Wong Kar-Wai, check out the director’s partnership with Saint Laurent on SELF 05 Film A Night in Shanghai.
Source: Read Full Article

Beyoncé led the field with nine nominations for the 63rd Grammy Awards, which were announced Tuesday morning by the Recording Academy. Beyoncé, who has 24 […]

END_OF_DOCUMENT_TOKEN_TO_BE_REPLACED

END_OF_DOCUMENT_TOKEN_TO_BE_REPLACED
We and our partners use cookies on this site to improve our service, perform analytics, personalize advertising, measure advertising performance, and remember website preferences.Ok