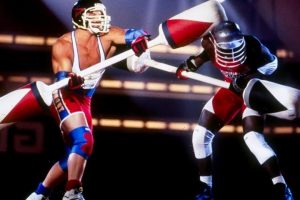 According to reports, WWE and MGM are now developing a reboot of American Gladiators. The duo is now reported to bringing back the classic competition series that originally ran between 1989-1996.

American Gladiators was one of the original reality competition series and pitted amateur athletes against “gladiators” in a range of challenges.

The reboot being developed by WWE and MGM is currently being to networks and is believed to center around a cast of new gladiators comprised of WWE wrestling superstars. Although the duo has now found a home for the reboot just yet, both WWE and MGM are expected to serve as executive producers when a deal for the show has been reached.