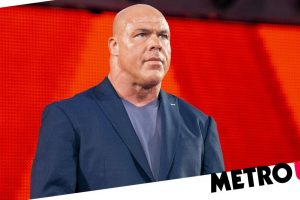 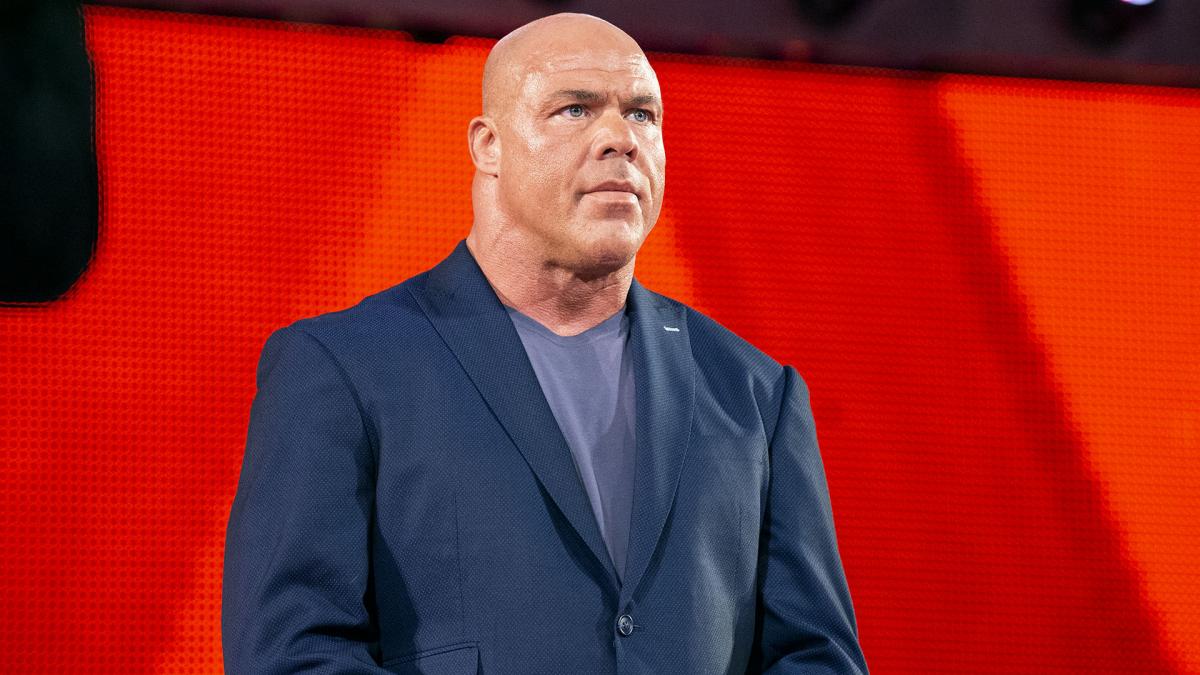 The Hall of Famer and former Olympic gold medallist was on holiday with his family in Miami, Florida when he went on a jet ski ride with her kids, but it quickly became a nightmare when he lost control and they got thrown into the water.

The 54-year-old star’s safety vest malfunctioned and he was legitimately drowning until his young girl’s quick thinking and swimming skills saved the day.

‘Thank god my daughter is like an Olympic-caliber swimmer. I even had the safety vest on me, but it wasn’t working. I was still sinking. I can’t swim. So, I’m in trouble. I couldn’t get above water,’ he said on The Kurt Angle Show on AdFreeShows.com.

‘I was going under, she kept her composure, and the jet ski got away from us; it was like 50 feet away from us, and she didn’t know whether to go to the jet ski or me, and she came over to me and saved my life.’

Hero Giuliana was able to drag her dad 50 yards in the water back to the watercraft , and even had to help him onto the jet ski because Kurt’s history of neck injuries means his strength isn’t what it was.

‘She pulled me over to the jet ski, swimming 50 yards with me in her hands, and then she pushed me. I couldn’t get myself on the jet ski. My arms are so weak now because of my neck I can’t push myself up,’ he admitted.

‘So now, she is putting her hands under my a** and pushing me up on the jet ski, and she got me up there. She jumped up behind me, and I said, “You know what, honey? You just saved my life”. She really did.’

Kurt recently made his WWE return as SmackDown rolled into his hometown of Pittsburgh, Pennsylvania on his birthday, and he ended the show on a high as he doused Alpha Academy’s Chad Gable and Otis with milk.

His retirement match came in a loss to Baron Corbin at WrestleMania 35 in 2018, but Kurt admitted he would be tempted to return to the ring after reports Shawn Michaels was paid $3 million for the D-Generation X vs. Brothers of Destruction match at Crown Jewel later that same year.