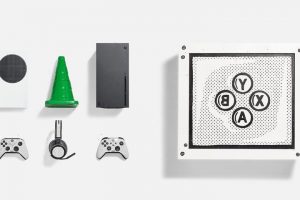 NTWRK is facilitating one of the most unexpected collaborations of the year between Xbox and Reality To Idea. Utilizing its one-of-a-kind livestream shopping platform, NTWRK will debut a beautifully hand-painted crate that showcases the next generation of Xbox hardware. Reality to Idea, known as RTI, is a design studio and brand founded by streetwear vet Joshua Vides and they’ve been at the intersection of streetwear and art for over 15 years now, making for a fitting partnership. Alongside this, Xbox has also tapped Salomón Villada Hoyos, better known as FEID, a multi-platinum hit-making songwriter, to unveil the special-edition crate.

Debuting the limited-edition display crates, Xbox and FEID chose to give fans a sneak peek with this live unboxing video. Now, RTI will release the exclusive Xbox crates on sale live on NTWRK today, with music from Latin powerhouse FEID. RTI’s limited-edition Xbox crates will include an Xbox Series X, Xbox Series S, a custom Xbox Wireless Controller and Xbox Wireless Headset, and a signature cone, which is decked out in the iconic Xbox green. All Proceeds will be donated to the U.S. Latinx Art Forum (USLAF), a national non-profit organization that advocates for greater recognition of Latinx visual artists.