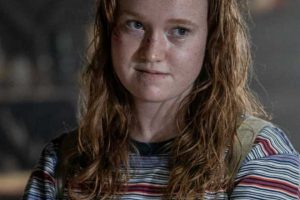 Showtime’s Emmy-nominated survival drama Yellowjackets is returning soon for a second season, and we just got an exciting cast announcement.

Last November, a new TV series had a relatively quiet debut on Showtime. Chronicling the story of a group of high school soccer players in their teens as they deal with the psychological aftermath of a harrowing plane crash in the Canadian wilderness, the part-high school drama, part-survival thriller certainly had an intriguing premise, even if the reception wasn’t initially loud.

Fast forward a few months, and Yellowjackets has become one of the biggest breakout television success stories of 2021. After building a dedicated fanbase and earning rave reviews from the critics, the show has recently racked up a number of primetime Emmy nominations for its talented cast, which includes iconic 90s actors Melanie Lynskey, Tawny Cypress, Juliette Lewis, and Christina Ricci. It that wasn’t enough to convince you to put it on your watchlist, the under-the-radar gem is now Showtime’s most-watched show in six years.

Yellowjackets season 2: a comprehensive guide to all the best fan theories on the internet

While we’ve been rewatching every one of its excellent episodes and hoovering up all the fervent fan theories about what exactly went down in the woods 25 years ago, exciting news now comes our way about the second season of the hit show.

In an interview with TheWrap, showrunner Ashley Lyle, who co-created the drama with husband Bart Nickerson, confirmed that the hit show is likely to debut in early 2023.

“We’re looking into the first quarter of 2023,” she explained. “We are on a very similar production track in terms of time as we were last season although, of course, we have to shoot an additional episode because we had already shot the pilot the last time.

“I believe that we are going to finish shooting in about February and we’ll be airing sometime shortly after that.”

That’s not all, though. The show, which received an early second season renewal in December, will be adding new characters into the mix. And while there is no shortage of mysteries about what happened in the wilderness, exciting casting announcements and story details are starting to emerge.

When the first season drew to a close, one of the biggest questions facing viewers was which of the teenagers in the group survived the traumatic path to adulthood. As we already know, Shauna (Melanie Lynskey), Misty (Christina Ricci), Natalie (Juliette Lewis) and Taissa (Tawny Cypress) are still about in the modern day and going about their business, albeit with some truly disturbing habits. But until this point, we haven’t heard much about which other adult survivors would be cast in the second season.

Well, we can now officially add one name to the list, as Showtime has just announced that two-time Emmy and Tony nominee Lauren Ambrose has been cast as the adult version of Vanessa “Van” Palmer, and will be a series regular in the second season of the show.

Ambrose is best known for her five-season run in the critically acclaimed HBO drama Six Feet Under, as well as roles in Servant, Party Of Five, Can’t Hardly Wait, Dig and The X-Files.

The first season of Yellowjackets introduced Liv Hewson as the teenage version of Van, a plucky, queer character who survives two horrifying incidents in the wilderness. Throughout the course of the season, she begins a relationship with Taissa (Jasmin Savoy Brown), although it was previously unknown whether she would be a part of the modern-day story.

Excitingly, Showtime has now also confirmed that Hewson’s character will become a series regular for season two, which makes sense given Van has become a much-loved fan favourite.

While we don’t know yet what adult Van’s story might entail, Cypress has previously told Entertainment Tonight that she’d be interested in seeing her character reunite with Van in adulthood.

“Taissa’s marriage seems to be in shambles,” she said, referencing Taissa’s present-day relationship with her estranged wife Simone, played by Rukiya Bernard. “It’d be really fun to see an adult Taissa meeting up with an adult Van and where that goes and what that history is all about.”

Per TheWrap, Yellowjackets has also recently cast the adult version of Lottie, although no announcement has yet been made about which actor is taking on the role. The teenage Lottie is played by Courtney Eaton, who did a fantastic job of unnerving viewers with her paranormal powers. In the final episode of the first season, we discovered that Lottie had indeed made it adulthood, although orchestrating the kidnapping of adult Natalie evidently means that her life took a deliciously sinister turn.

With the drama heading back into production later this month, it’s likely that we’ll soon start hearing more details about what we can expect from the second season. Fingers crossed we’ll find out more about the cannibalism…