Home » Fashion » A Free Courthouse Wedding? Why Not? 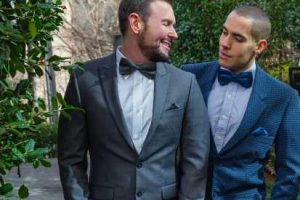 Andrew Campbell almost passed up the chance to be married for free on Feb. 12 in Atlanta.

“I’m from the South, and my mom has always been all about decorum,” he said. He saw a flier advertising free weddings, posted at the Fulton County Courthouse where he and his fiancé, Alejandro Arriaga Ariza, went to pick up their marriage license the week before. He thought the free wedding performed by Judge Kenya M. Johnson would be a mass ceremony, a week later. “I didn’t want to get married with a bunch of other people. My mom wouldn’t have found that very classy.”

Mr. Campbell then realized he had misunderstood and that Judge Johnson was filling private appointments all day. He secured an afternoon slot for himself and Mr. Ariza. With it came a sense of relief. For nearly two years, they had been struggling to build a life together against a backdrop of international travel restrictions that escalated with the onset of the coronavirus.

Mr. Campbell, 53, and Mr. Ariza, 40, met through a dating site in January 2019. Mr. Ariza lived in his native Colombia, where he works as a photography professor at Salazar and Herrera University Institution in Medellin. Mr. Campbell, a media account director for the advertising firm ICON International, lived in Atlanta. They recently moved to Fort Lauderdale, Fla.

“I hadn’t ever dated anyone outside the country, but Alejandro came across as very genuine and very cute, and I just felt like he was a really good person,” Mr. Campbell said. That April, he flew to Colombia. He came home feeling as though he had made a good friend. But when he returned on the Fourth of July, it was with a marriage proposal. “It wasn’t as though it came out of left field. We had already started talking about it.,” Mr. Campbell said.

The answer was yes. “I felt fully committed to him,” Mr. Ariza said. “He cares about me like no one else.”

They had only gotten together once in the United States, in February 2020, when Covid complicated their relationship. “Colombia shut all their flights down,” Mr. Campbell said. They weren’t able to see each other again until November, when Mr. Ariza finally secured a flight to Atlanta. This time, he stayed for good. Their decision to marry in February was rooted in romance — Valentine’s Day 2019 is the day they decided to become exclusive. “We consider it our anniversary,” Mr. Ariza said. 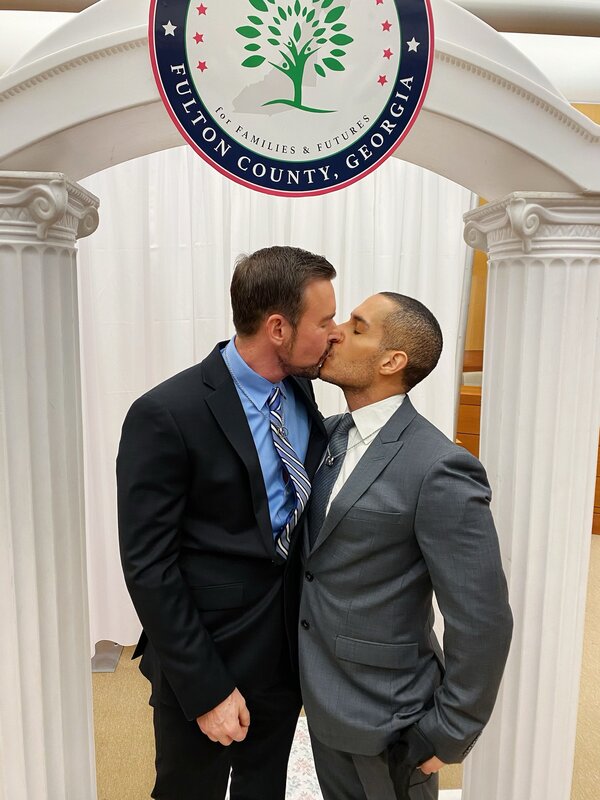 Feb. 12, the day Judge Johnson was performing ceremonies, was close enough, especially since they had a budget to consider. “We wanted to do something that didn’t cost a lot of money, because we’ve already had to hire an immigration attorney,” Mr. Campbell said. The absence of their families for the five-minute elopement, attended by just one friend, Keri Norman, brought mixed feelings.

“When you’re raised in Colombia, where there is a macho culture, it’s not really easy to be gay,” Mr. Ariza said. But his mother had given them written blessings. “She doesn’t speak English, so I translated what she wrote to Andy, which was, ‘If you love my son, I’m going to love you.’”

For Mr. Campbell, acceptance is still a balancing act. He comes from what he called a long line of Southern Baptist ministers. “So it’s hard for my parents to justify gay marriage with their religious beliefs,” he said. Less difficult is his decision to keep up the decorum they instilled.

“My parents are wonderful people, who gave me an amazing childhood, but they’re from a different generation,” he said. “I know they’re going to love Alejandro eventually. It’s just going to take time.”