Home » A Starbucks Run Leads to a Walk to the Altar

A Starbucks Run Leads to a Walk to the Altar 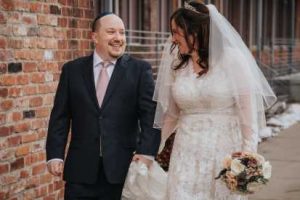 Jessy Warner-Cohen had been dating Aryeh Levin for only three months when she texted him from Mile 19 of the 2019 New York Marathon, near the Willis Avenue Bridge, to say she had reached her limit and wasn’t sure she could take another step. His response, she said, was immediate and emphatic. “He sent me a slew of texts: ‘you have to,’ ‘you’ve got this,’ ‘you trained for this.’

Mr. Levin’s support, which he continued to express electronically even after Dr. Warner-Cohen had stashed her phone and resumed running, carried her into the Bronx and back down the Upper East Side, through the final seven miles of the race to the finish line in Central Park. “Having someone who believed in me more than I believed in myself in that moment — that was a game changer,” she said.

The encouraging messages extended a conversation that had been underway by phone, text and Facebook Messenger, almost without interruption, since Dr. Warner-Cohen and Mr. Levin met at a Starbucks on the Upper East Side over the summer. She had just finished a training session that began at 6 a.m. Not a natural morning person, he was starting his day hours later with a strong coffee.

That serendipitous interaction set the template for their relationship. Despite their different temperaments, they found that they naturally struck a balance between Dr. Warner-Cohen’s energetic drive and Mr. Levin’s inclination toward calm. “We have this chemistry where we can meet in the middle,” said Mr. Levin, a graduate of Yeshiva University. 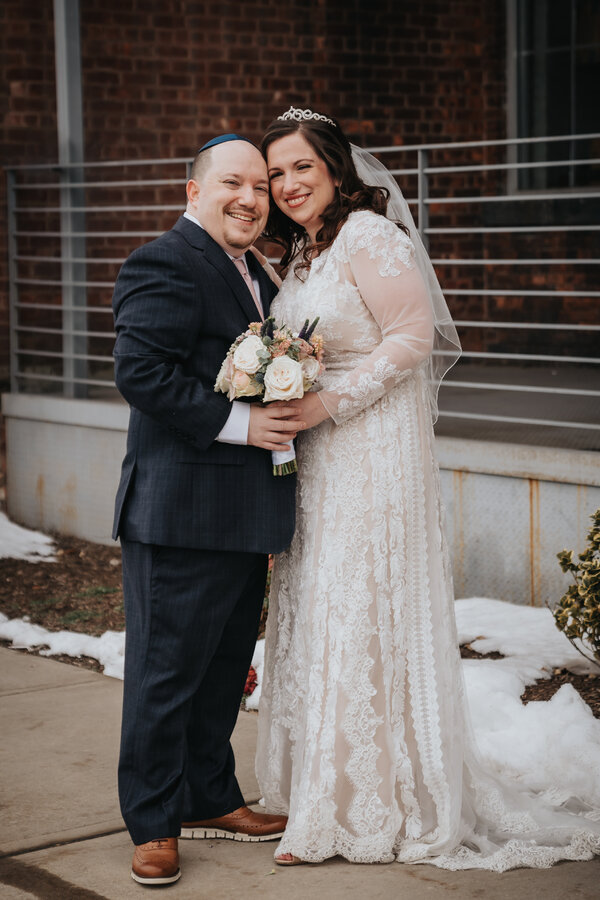 A year after Dr. Warner-Cohen finished the marathon with Mr. Levin’s assistance, he proposed on the boardwalk in Long Beach, N.Y., with his grandmother’s engagement ring. “He totally surprised me. I was wearing sweats,” said Dr. Warner-Cohen, who received her doctoral degree in clinical psychology from University of Maryland Baltimore County, and her masters of public health from the Johns Hopkins Bloomberg School of Public Health.

The proposal both was and wasn’t as spur of the moment as it might have seemed. “I was sitting there literally for weeks thinking ‘I’ve got to make this perfect,’” said Mr. Levin, 41. His 8-year-old son, Judah, finally told him to “just do it already” during a Sunday morning video chat session. He realized that his exacting standards were weighing him down. Once they finished their conversation, Mr. Levin quickly suggested to Dr. Warner-Cohen, 38, that they take a trip to the nearby beach.

Their engagement was a hopeful and happy coda to a difficult period for Dr. Warner-Cohen, the lead psychologist for the Psycho-Oncology program at Northwell Health Cancer Institute. She lost both of her parents in 2020 while also contending with the challenges of working in the health care industry during the pandemic. Mr. Levin, an information technology specialist for Locktight Solutions, helped her cope with the grief and stress by taking her mind off work, dishing her ice cream and introducing her to gardening, a pastime he inherited from his mother. “I know everyone says it, but it is kind of a Zen-like thing,” Mr. Levin said.

Dr. Warner-Cohen and Mr. Levin were married before 24 guests. To ensure everyone’s safety, masks were worn throughout the ceremony. Guests were also grouped by household and spaced accordingly. Dr. Warner-Cohen’s father, whom she described as her best friend, was represented by his prayer shawl, which topped the huppah made by Mr. Levin’s sister and brother-in-law.