Home » Fashion » A thorough analysis of the makeovers in Avengers: Endgame

A thorough analysis of the makeovers in Avengers: Endgame

Superhero sequels often introduce subtle changes to the characters' costumes in order to sell more toys, but few of these comic-book movies take their makeovers as far as "Avengers: Endgame." 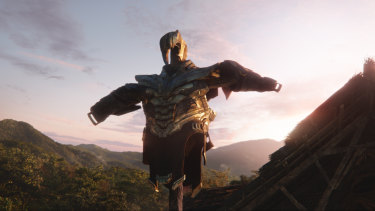 Bad boy Thanos has abandoned the usual hard core style for something a whole lot more down home in ‘Endgame’.Credit:Marvel Studios

Only half the cast of last year's Avengers: Infinity War survived the decimating snap of Thanos (Josh Brolin), but perhaps inspired by that supervillain's planet-spanning quest to accrue flashy jewelry, the leftover heroes in Endgame are emboldened to take new risks with their looks. After all, we're now 22 movies into this cinematic saga; whose hair couldn't use a little zhuzh?

Still, not all superpowered makeovers are created equal. Here are six of the most talked-about new looks, some of which are more successful than others.

Viewers might be jolted by how quickly the Avengers dispatch their mortal enemy Thanos in the first act, but I found myself far more shook by Thanos rocking a casual T. Not armor, not spandex, not even a nice space henley: Thanos is straight up wearing a T-shirt, one that you or I could buy if stores made them in Size XXXXXXXXXXL.

Is this a look better suited for the cover of Men's Health than for striking fear into the hearts of the Avengers? To me, Thanos becomes a touch less intimidating when you realize he shops for clothes at Old Navy, but perhaps there's just no stopping the Mad Titan when he sees the sign "50% off. 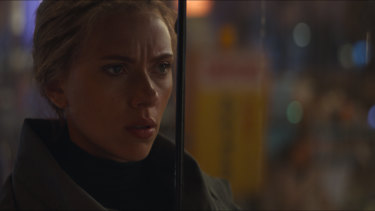 Black Widow sports a mean two-tone highlight job in Endgame. Some question if its a tribute to the late feminist film-maker, Agnes Varda.Credit:Marvel Studios

Marvel will soon shoot a prequel plumbing the back story of Scarlett Johansson's superspy, but what I'd really prefer to see is a stand-alone film explaining the thought process behind her two-tone look in Avengers: Endgame, where Black Widow's red roots and yellow tips collide with all the panache of a boardwalk Popsicle.

What exactly is this look meant to convey? Is it a clumsy tribute to Agnès Varda? Has Widow become so absorbed in her work that she hasn't bothered to do away with the bit of blond left over from her Avengers: Infinity War hairstyle? And are we really meant to think that the radioactive red growing out of Johansson's scalp is a natural color? Even the Marvel movies' convoluted approach to time travel somehow makes more sense to me than Black Widow's many hairstyles.

After several films where the adorably shambling Mark Ruffalo would transform into an inarticulate muscle monster, Avengers: Endgame springs one last surprise: Now that the Hulk and Banner have become better integrated, the big green guy can converse so naturally that you'll go, "Whoa whoa whoa, is that Noah Centineo?"

When we catch up with the Hulk after a five-year time skip, he's also ditched his frayed purple-shorts look for a more sophisticated glow-up of Warby Parkers and knit cardigans, but it's his new personality that really completes the makeover. Hulk is no longer just a meathead hunk; now, he's a meathead hunk with a surprisingly nimble comic touch. In other words, they turned Hulk into a Hemsworth. 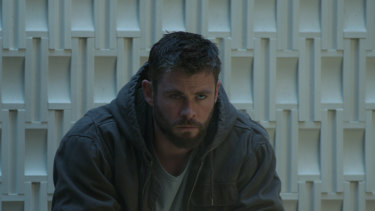 Thor has “let himself go”.

Perhaps that's a fitting trade, as Chris Hemsworth's own Avenger has seen better days when it comes to his fitness. When Thor is reintroduced after the big time skip, the whole notion of the gratuitous Marvel shirtless scene is turned on its head: Hemsworth's unkempt god has let himself go, trading his superhero physique for a transformational beer gut. (You can almost picture Christian Bale leaning over to his movie date and whispering, "Only amateurs use special effects.")

But this is a new Thor, one who won't let the occasional crack from Tony Stark get him down: The only tweak Thor sees fit to make to his new appearance is a nifty beard braid before the final battle. Thicc Thor is all about body positivity, drinking beer and reminding everyone that he once dated Natalie Portman, and who can blame the big guy?

It's tragic when Clint Barton (Jeremy Renner) loses his family in the first few minutes of Avengers: Endgame, because they were clearly the only people holding him back from a full-on midlife-crisis makeover. Once Black Widow goes to find Barton in Japan after the time skip, he's traded his arrows for a sword, inked his entire left arm like he's about to hand you a flyer for his Dashboard Confessional cover band, and shaped his hair into an unholy faux-hawk.

I'm told that in the comics, when Clint wore this haircut, he went by the code name Ronin. To me, it seems like a missed opportunity to call him Mohawkeye. 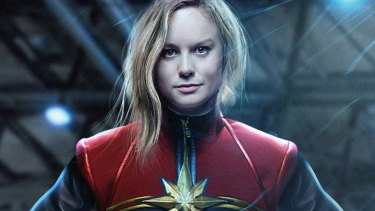 Brie Larson as low-maintenance Captain Marvel in the standalone movie. She ups her lipstick game in Endgame.Credit:Marvel

After watching Brie Larson sport a bare-face image in her stand-alone Captain Marvel feature this year, it may be somewhat startling when she applies a dark lip and some blush for her second scene in Avengers: Endgame. It's like when a castaway goes au naturel for an entire season of Survivor, then shows up to the live finale with a smoky eye and lip gloss. She's well within her rights, but it just takes a little getting used to.

Far more successful, to my mind, is Captain Marvel's five-years-later look: After the time skip, she rocks a bold, short pompadour that is the hairstyle equivalent of suddenly getting a DM from Kristen Stewart. As far as I'm concerned, it is the makeover of the film, and I would follow that hair into battle any day. Even Thanos can't resist, head-butting Captain Marvel during the final fight in a fruitless but perfectly understandable attempt to get closer to the movie's best new haircut.

With Iron Man and Black Widow both dead and Captain America newly age-accelerated, will Captain Marvel's hair become the new leader of the Avengers? Endgame might provide rare closure for this interconnected saga, but for Brie Larson's quiff alone, I'm ready to greenlight a sequel.