Lauren Bishop, 20, was told that four-month-old Raegan had a simple cold. 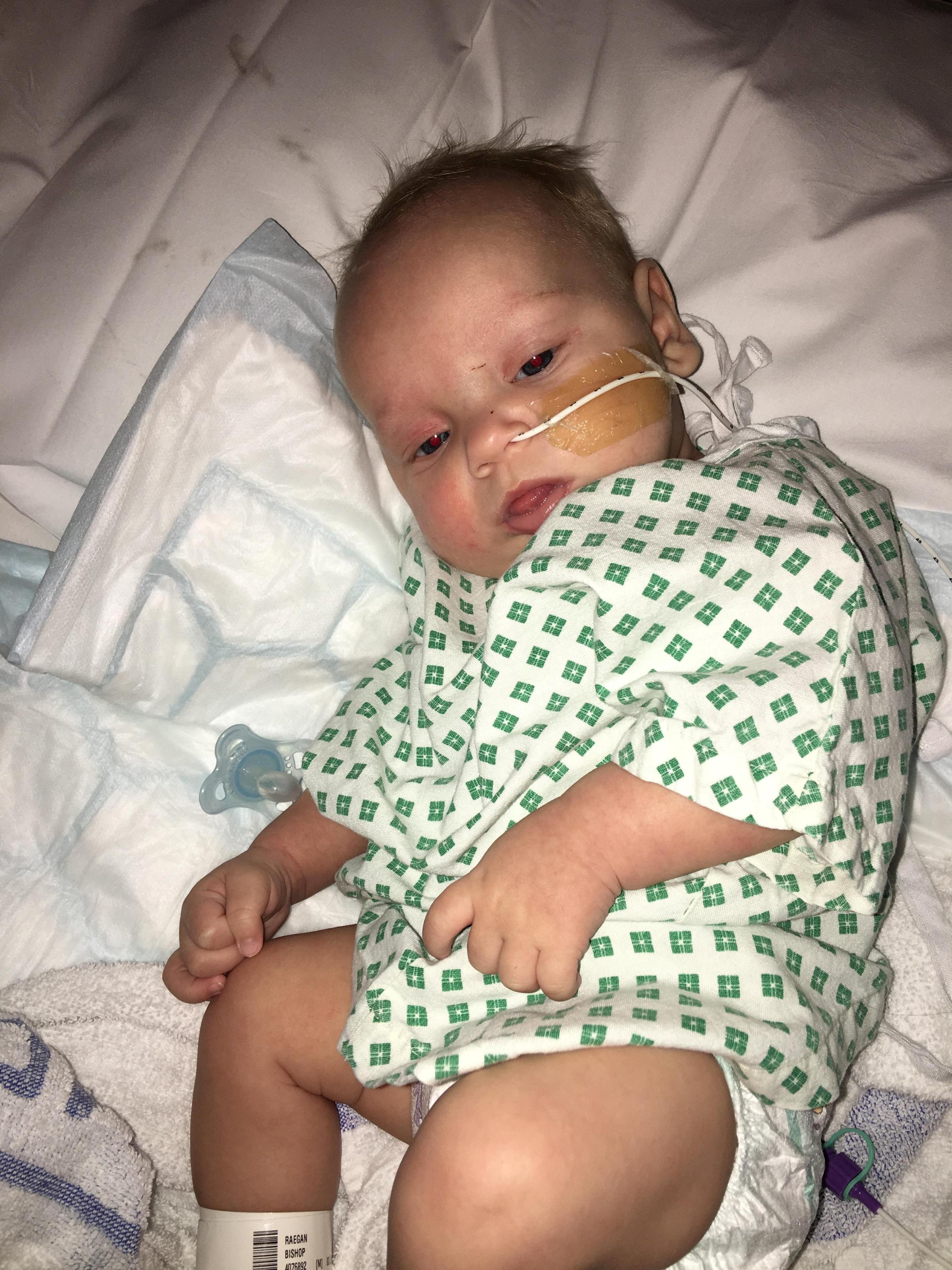 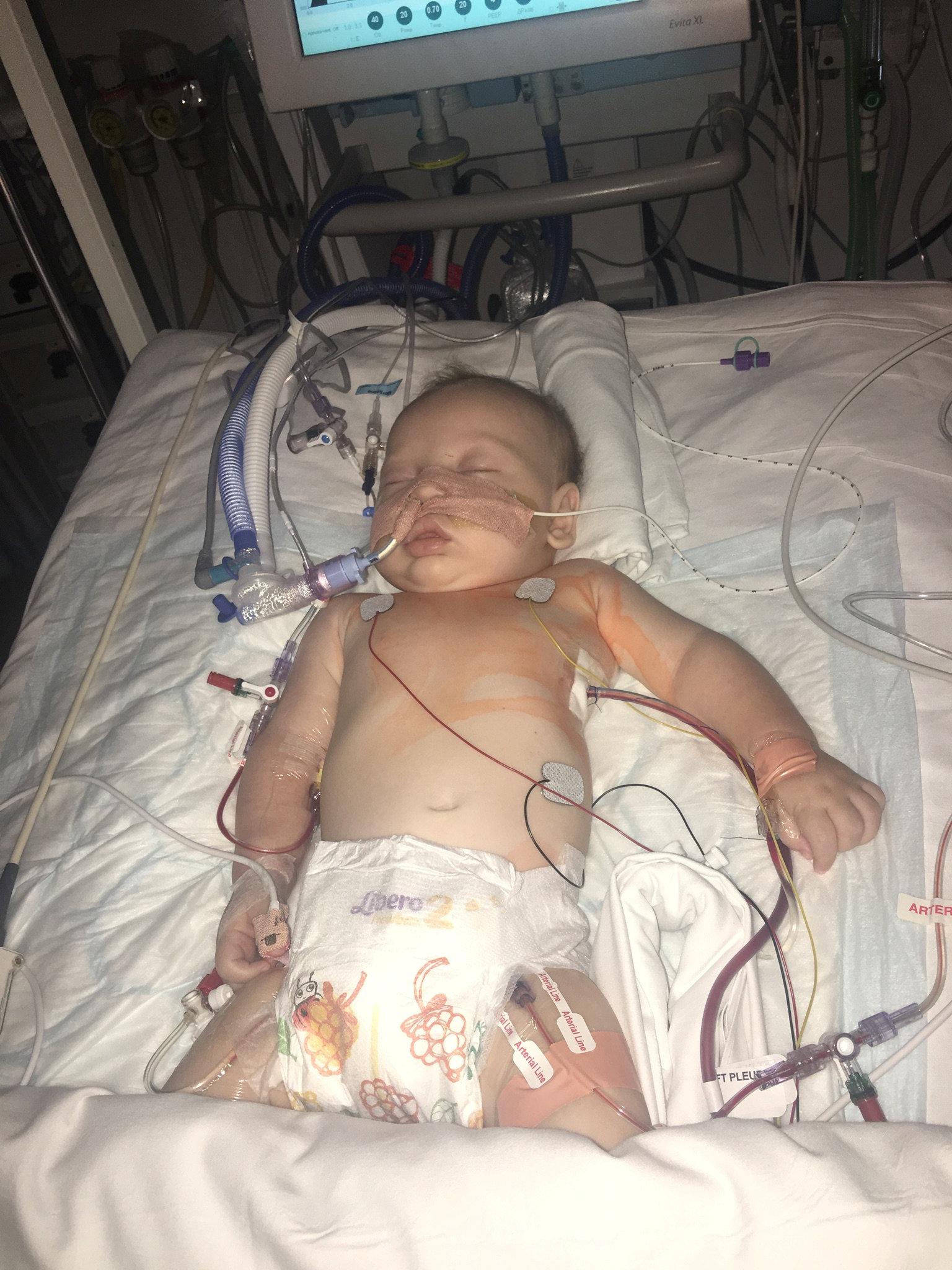 But Lauren was convinced that something was more seriously amiss. So she took him to A&E and refused to leave until medics carried out tests on the poorly tot.

Thanks to her insistence, a potentially lethal heart murmur was discovered and within hours of the diagnosis, Raegan underwent emergency surgery to widen a section of his heart – an op which may have saved his life.

Since then, Lauren claims to have been told by doctors that without her quick-thinking actions, the baby would have died within two months.

The former carer from Southend-on-Sea said: "This is by far the most important cold my boy is going to have in his entire life. 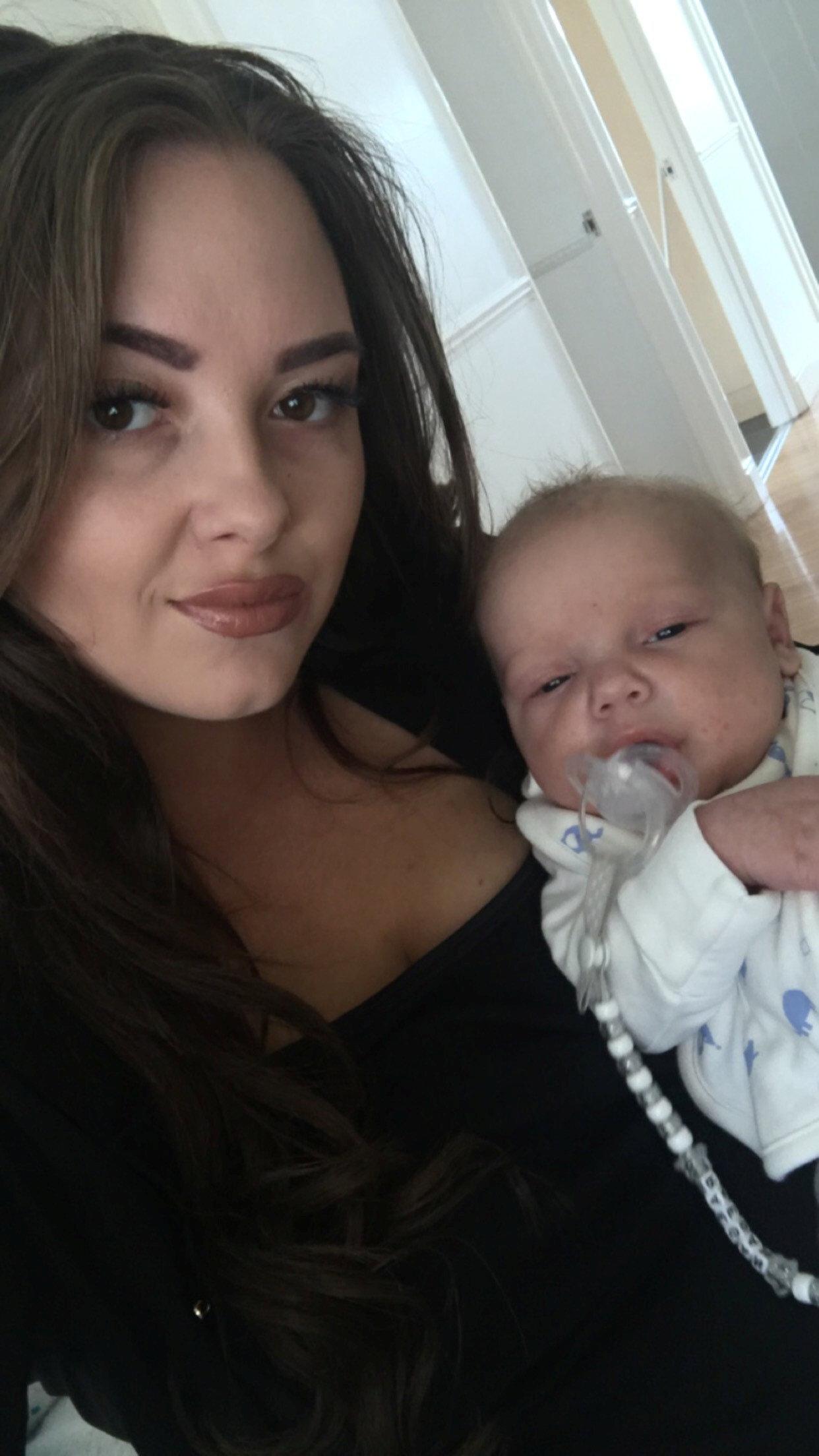 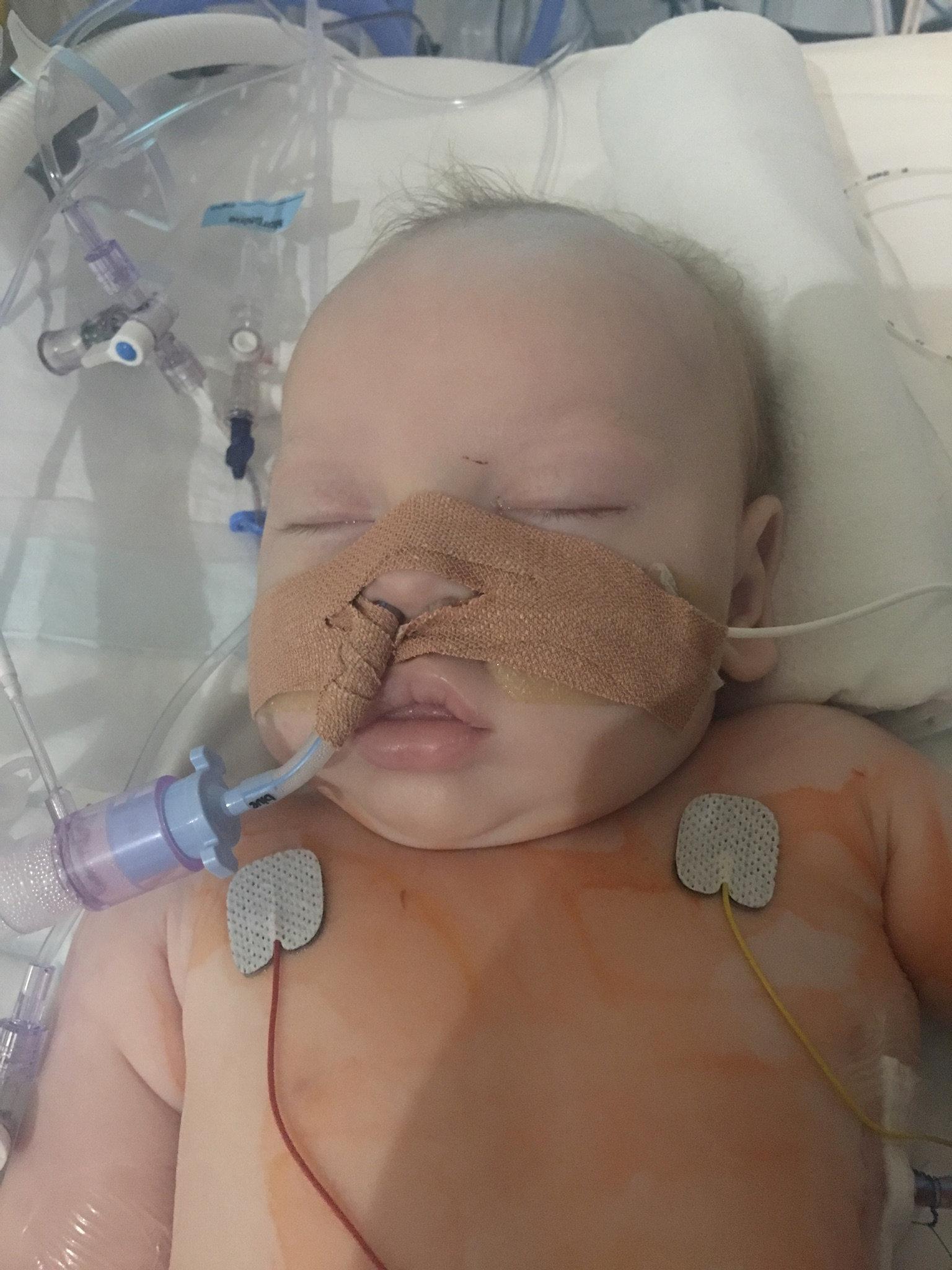 "Because had I not taken him to the GP on that day, his condition could have killed him.

"All these months he has been smiley and bubbly but inside he was seriously sick and needed urgent treatment."

Little Raegan first fell ill and was taken to the GP struggling to breathe on 18 October.

Lauren and her partner Robin Thomas were told that he simply had a blocked nose and were advised to take him home.

What are the symptoms of bronchitis?

Bronchitis is an infection of the main airways of the lungs and in most cases, it's defined by a constant, hacking cough as the body tries to get rid of the extra mucus that gets produced as a result.

So yes, it sounds a lot like a cold and in most cases, it clears up within a few weeks. But 1 in 20 cases leads to pneumonia and it can be especially dangerous to high-risk groups like the elderly, people with a history of lung disease, people with cystic fibrosis and babies.

But knowing their baby intimately, they decided to take him to Southend Hospital where paediatric doctors diagnosed him with bronchitis – an inflammatory disease that results in the airways becoming blocked.

A scan of his heart also found that Raegan had a heart murmur.

Lauren refused to leave the ward when doctors tried to delay further tests for six weeks and a further x-ray found that Raegan had a "large and thick heart" which needed emergency surgery to fix.

He was then rushed to Royal Brompton Hospital the next day where he underwent emergency surgery to widen an opening in the aorta. 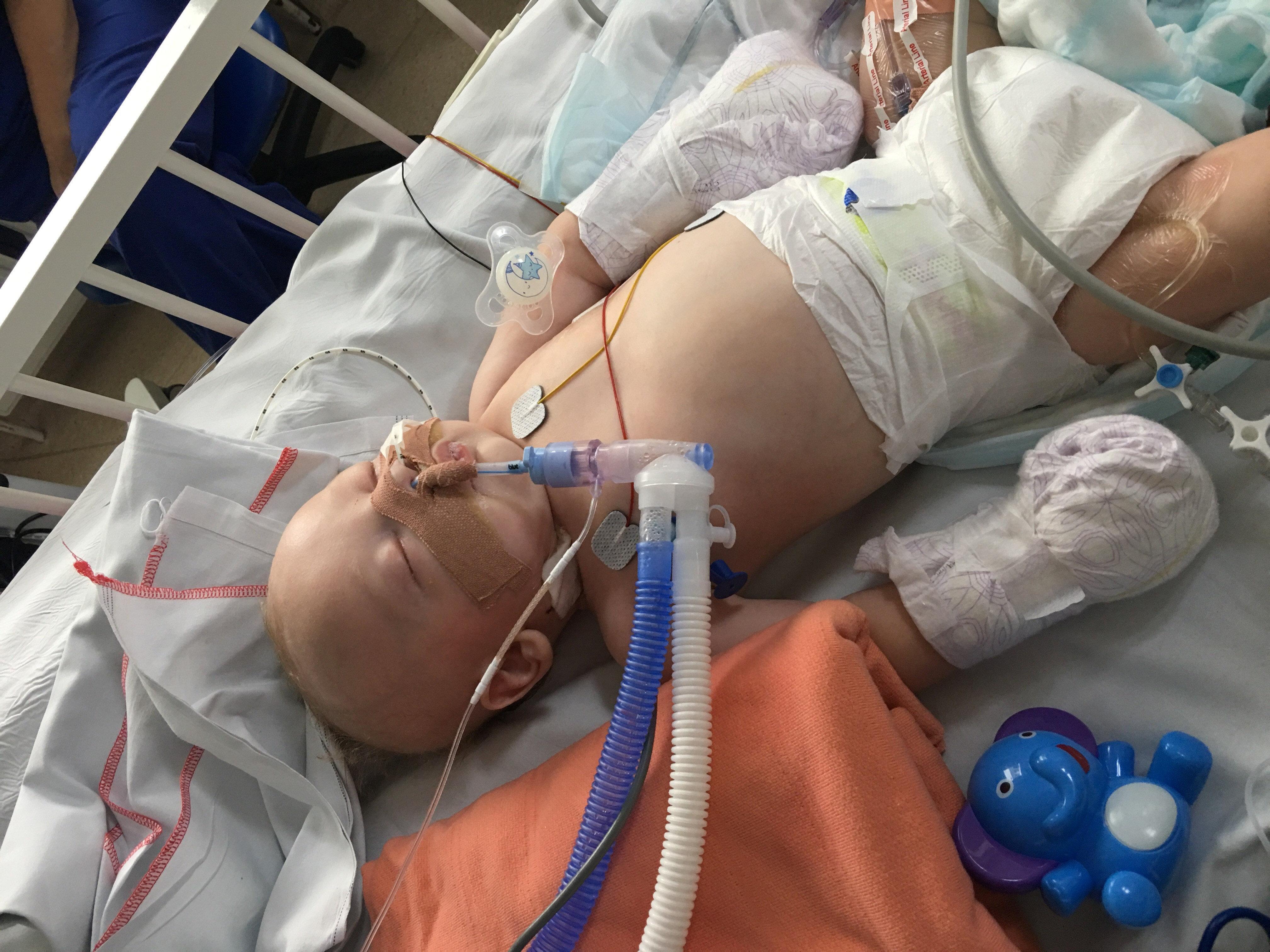 "When they said I could take him my motherly instincts kicked in and I simply refused to go anywhere," said Lauren.

"I insisted that they do more tests to find out why he was breathing so heavily.

"Thank God I did as the next day we were rushed for a chest X-ray. My world came crashing down "It was the worst time of my life, the fear of the unknown."

Raegan is currently still recovering in hospital but his mum says that he's recovering well.

"The past few weeks have been a blur and to think my bubbly son could have died from what was thought to be a blocked nose is terrifying.

"I am so happy with how fast the doctors acted when they realised how sick Raegan was.

"All along he showed no physical symptoms that we should have started noticing when he was born.

"My son may now be able to have a normal life one day and although he will be on medication for a long time, it is better than what could have happened.

"My young son could have died."