Bachelorette Katie Claps Back at Fashion Critics: ‘Come for Me Gen Z’ 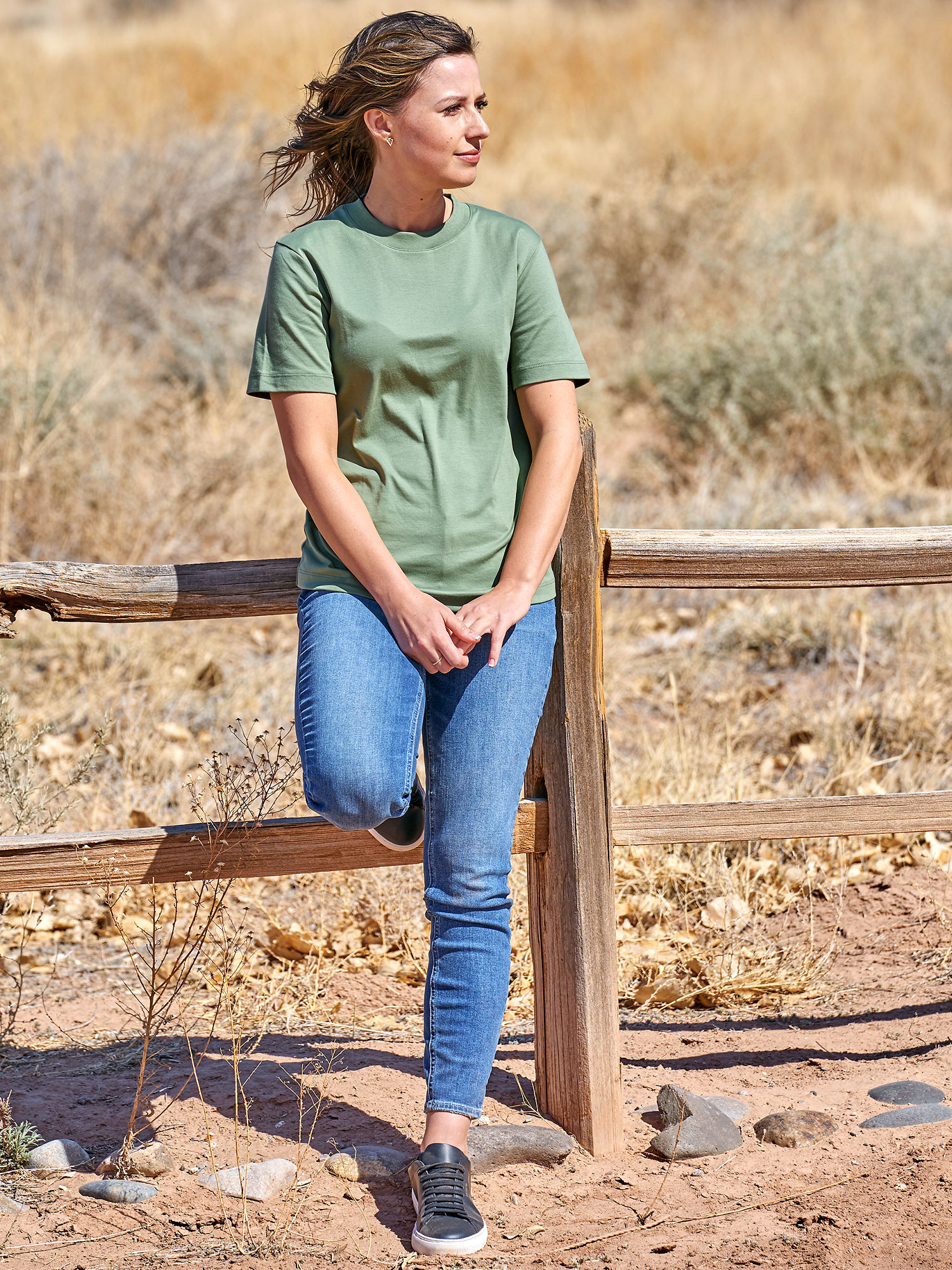 The great debate. Katie Thurston, who has been repeatedly criticized for her style choices, received a fair share of hate for her outfit on the Monday, July 19, episode of The Bachelorette.

See Every Bachelorette’s Limo Dress From Their ‘Bachelor’ Debut: Photos

During a one-on-one date with frontrunner Greg Grippo, the 30-year-old reality star wore a plain scoop-neck green t-shirt, dark wash skinny jeans and Axel Arigato Clean 90 Leather Low-Top Sneakers. To top off the whole millennial vibe, she also wore her hair in a deep side part.

Knowing the impending critiques that would ensue, the Washington-native tweeted the second the outfit in question hit the small screen. “Skinny jeans and side part. Come for me Gen Z. #TheBachlorette,” she wrote.

While the matchy-matchy moment with Grippo, 28, was objectively cute, the fashion police found themselves charged up in the comments section, calling the outfit “chuegy.”

The first attack came on the denim. “You’re my favorite bachelorette but I will come for you. Just cuff your jeans pls queen,” a fan wrote.

Katie Thurston Says ‘Bachelorette’ Ending Is Not Traditional at All

Then, there was the hate on the casual tee. “But like why not even a V neck,” a person wrote. Someone else added, “I thought you looked great! I just wish you had a different shirt!”

Of course, the side part got dissed too. “Look I get that some people like side parts but there’s no need for Katie Thurston’s hair to be parted that far over.”

Another user went so far as to call out the “stylists” for how they dressed the reality star.

From Vibrators to Roses! 5 Things to Know About Bachelorette Katie Thurston

They wrote: “Why do the stylists hate Katie do you think.” Thurston took the opportunity to set the record straight and put people in their place. “I dress myself,” she responded, adding a smily face.

This isn’t the first time the star has addressed people’s disapproval of her appearance.

In June, she took to Instagram Stories to call out the haters in her DMs. “All right, I’m creating a new rule for myself. Anyone who wants to message me about my part, or my fashion or lack thereof, I’m just gonna block you.”

The bank marketing manager, who first appeared on Matt James’ season of The Bachelor, knew the messages weren’t malicious, but she simply couldn’t stand for the constant stream of criticism.

“I mean, I know a lot of you guys don’t have any hate about it. They’re just giving me friendly suggestions, but when you get them every day, it’s just like, god damn,” she told her followers.