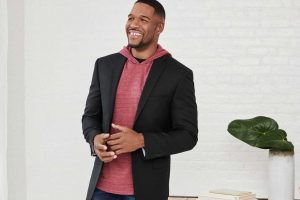 “Tailored clothing? What’s tailored clothing? That thing where the pants match the jacket?” This sarcastic response from Ken Giddon, president of Rothmans men’s stores, is indicative of the current thinking on the state of the men’s suit market.

With most guys continuing to work from home and opting to wear sweatpants, elevated, comfortable basics and maybe a half-zip sweater or button-down shirt to look good on video calls as they work from home, tailored clothing has been among the hardest hit categories in men’s wear.

Case in point: two of the largest sellers of men’s suits — Brooks Brothers and Tailored Brands — filed bankruptcy last year as demand for the category dried up. And in early December, Oxford Industries announced that it was planning to exit its Lanier Apparel business by the second half of 2021. Lanier is the second largest supplier of tailored clothing in the U.S. and produces suits under the Kenneth Cole, Cole Haan, Strong Suit, Dockers, Billy London and Nick Graham labels.

With the pandemic continuing to drag on, the light at the end of the tunnel looks dimmer than it did early on when most merchants and  manufacturers thought there would be a quick return to normalcy. Now, most are bracing for what they expect to be a rough next couple of months as further lockdowns loom and virus-weary consumers cocoon even more at home in front of their computers.

Dressing Up: Greatest Party Looks From the Fairchild Archives

But most merchants believe that when the vaccine rollout reaches critical mass sometime this spring or early summer, the situation will be markedly different as men seek to update their wardrobes in anticipation of returning to the workplace later in the year.

Euromonitor International in fact is projecting that sales of nested suits and suit separates will increase 11.1 percent globally in 2021 to $32.7 billion and 8.7 percent to $1.5 billion in the U.S.

But even the most dedicated suit purveyors expect the market to look different when it does rebound. Men who have gotten used to the comfort and technical attributes of sportswear will expect the same of their tailored clothing. Lightly constructed jackets, four-way stretch, moisture management and other performance properties will be important in the future.

And the style will be different as men will be pairing their suits with everything from V-neck sweaters and sport shirts to sneakers.

Ken Ohashi, president of Brooks Brothers, expects that after a spring that will be “a little bumpy,” he will see a pickup in the second half as workers begin to return to their offices. “There’s a level of fatigue from wearing sweatpants and we expect a resurgence of dressing up,” he said. “We’re investing a lot of time and energy in the soft suiting area and more innovations as well.”

He expects that the first half will be “all about layering,” with guys embracing a mixing of tailored pieces with popular items such as V-neck cashmere sweaters, half-zips and sport shirts. In the back half, he said, “it will be a little more balanced.” 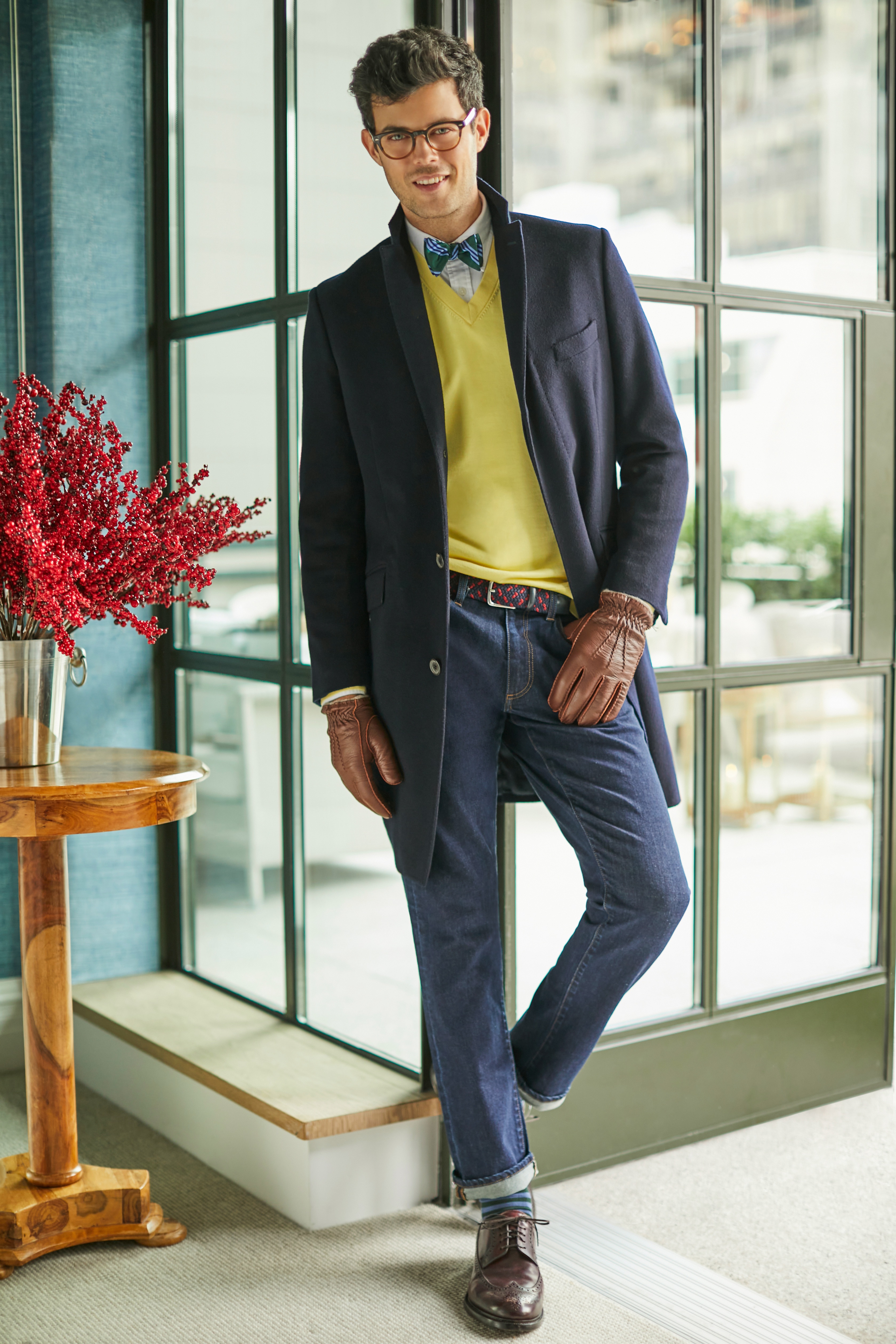 Brooks Brothers is expanding its focus on layering pieces.

Ohashi said Brooks Brothers is being “surgical about the business — we’re looking at every store.” The company’s units in the Washington, D.C., area, for example, are anticipating a pickup in dress apparel sales as the new administration takes office and the finance and law firms in that region prepare. “People will need to be ready,” he said. “And we see a continued opportunity with larger corporate programs which have not been fully developed. So we will be looking at that as well.”

At Tailored Brands, where formal apparel accounts for more than 40 percent of overall sales — and there is also a large rental business which has been dramatically impacted by the cancellations of weddings, proms and other events — the company is concentrating on what it calls “polished casual.” This translates into an elevated blend of tailored and sportswear and centers around pieces such as unstructured jackets, polos, chinos and shirts with four-way stretch.

Carrie Ask, chief customer officer of Tailored Brands, said since exiting bankruptcy in early December, the company has become more nimble as a result of eliminating $686 million in debt from its balance sheet and obtaining a $430 million asset-based loan facility, a $365 million exit-term loan and $75 million of cash from a new debt facility.

This newfound “operational and financial flexibility” and support from lenders and vendors position the company for a brighter future, she said.

Even so, Ask said the company is not expecting a significant uptick in business as the pandemic drags on, the “home-centered economy” continues and parties and weddings continue to be canceled. “The next several months will be tough on dress up,” she said, but by the July-August time frame, the parent of Men’s Wearhouse and Jos. A. Bank is anticipating a “resurgence in demand.” Until then, the company has invested heavily in enhancing its digital capabilities that include everything from virtual try-ons to ship-to-home options.

“We are exceptionally proud of our team, and what we have accomplished despite formidable headwinds: continuing to adapt to a rapidly changing marketplace, advancing our digital, omnichannel, and store capabilities and accelerating our assortment strategies — all to enhance the customer experience,” she said. “While the progress on vaccines is encouraging — and that there are, indeed, better days ahead — we believe the functional end of the pandemic is likely closer to late summer.”

One bright spot, she said, is a “consumer shift” the company has witnessed with men “willing to try new brands.” Tailored Brands has seen interest in such recent additions as Alternative Apparel sportswear, Collection by Michael Strahan suits and jeans and long-sleeved knits from Van Heusen.

Ask said that surprisingly, suits have been holding up quite well for the company over the past few months as people pick up items for what she called “mini-monies,” or “small-scale special occasions and weddings.” She said the rental business is actually stronger than that of the regular retail business and to fuel the fire, the company is expanding its relationship with Vera Wang by offering three styles of suits and tuxedos.

But the “polished casual” category is still outperforming traditional suits, a trend she hopes will continue when things normalize. She said the company is in “active conversation” with a number of labels that will help enhance its mix in that area. “We’re planning to push more into casualwear and the consumer is coming along with us,” she said.

Drew Green, chief executive officer of Indochino, a made-to-measure suit retailer that operates 55 showrooms in the U.S. and Canada as well as an online business, said he’s actually “excited about what’s ahead.” The brand has also been added to several Nordstrom stores. “Custom, well-fitting apparel is the future,” he said, adding that the company also had an advantage because it doesn’t hold any inventory “which helped us weather the situation.” 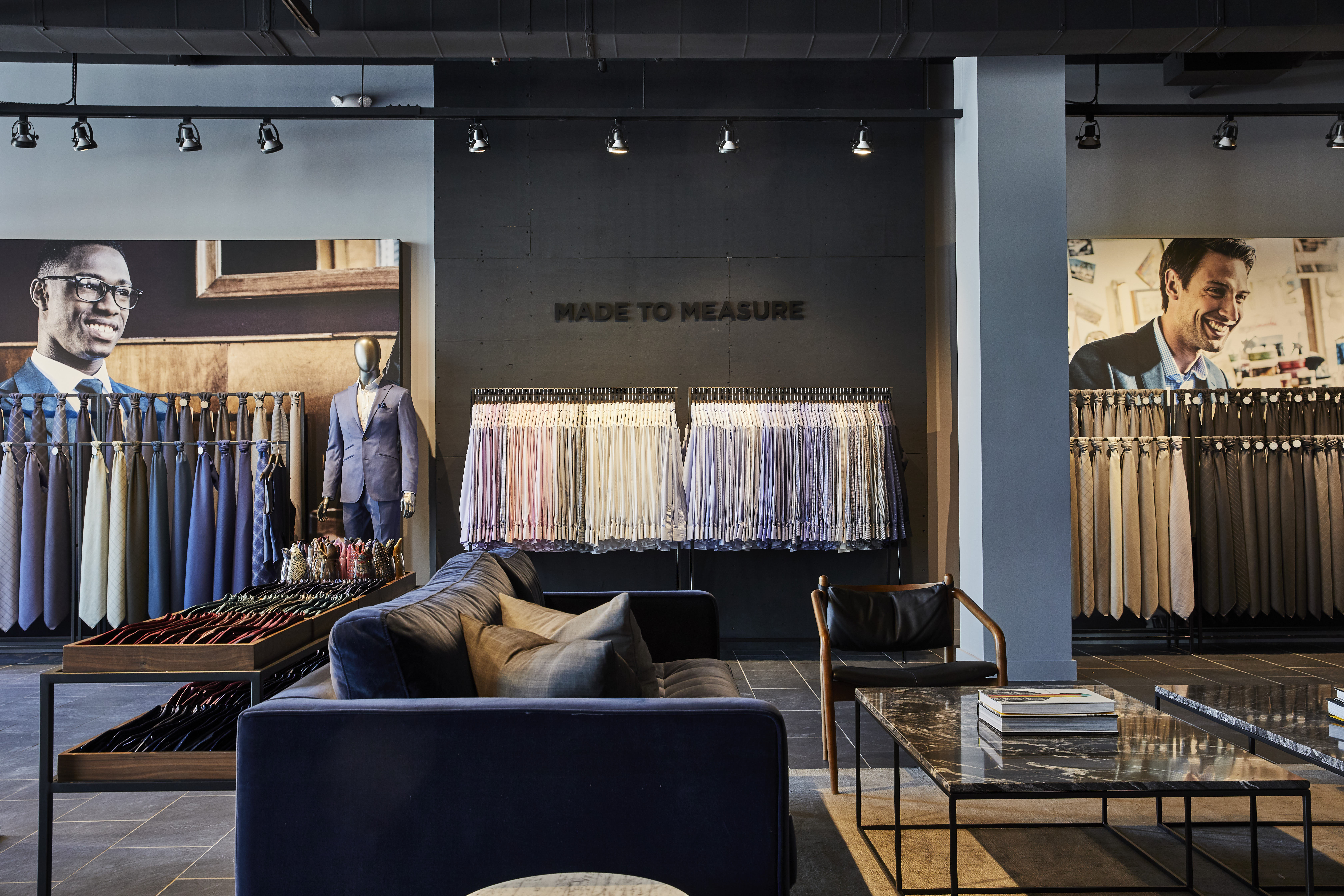 Green said although Indochino has been selling a lot of suits during the pandemic, it has also seen a significant uptick in casual shirts, pants and outerwear. “We came into this year with very big projections, and of course, things are slower, but it’s never been about the next day for us. It’s more of a long-term journey.” In fact, in the first quarter, he said Indochino will launch a tailored casualwear offering to answer the demand for this category of apparel.

And Green sees a bright future. “I think it’ll be like the Roaring Twenties,” he said. “A lot of things have changed in a permanent way, but people will still want to get together and celebrate. There will be 50 percent more weddings in 2021 and people still want to go out with friends, go to dinner, go on dates — the simple things.”

He said his most optimistic view of when things will get better is the March-April time period, “but it could be late June or July. We hope by the second half, people will feel safer and things will return to normal.”

John Ballay, ceo and cofounder of Knot Standard, another made-to-measure manufacturer and retailer with 10 showrooms and outposts in Bloomingdale’s, has spent the past few months figuring out how to best service a customer whose life has been upended. “It’s not just what you’re selling, but how you sell it,” he said. Knot Standard has enhanced its digital offerings, concentrating more on perfecting its virtual appointments and digital measurement capabilities.

“The days of spending two hours with a bespoke tailor in Midtown are gone for a while,” he said. “But guys still need a nice suit and shirt to feel confident in a business setting.” And so, blazers and dress shirts have managed to hold their own during the pandemic to allow men to “portray some sense of formality.”

In addition to traditional tailored clothing and furnishings, Ballay said Knot Standard has also seen customers respond to performance shirts and pants that he described as “a step above athleisure. That’s where we’ve seen pent-up demand. They look sharp, fit well and are more comfortable.”

Ballay said he’s not anticipating a dramatic uptick in business until the second half and will continue to service customers remotely. And when the situation does improve, he believes Knot Standard will be ready. “A customer may not need 10 suits, but maybe three suits and three blazers that fit well and feel good,” he said. “We’re upbeat because the business in shifting and we’ve positioned our business to take advantage of the shift.”

Dan Orwig, president of Peerless Clothing, the largest manufacturer of men’s tailored clothing in North America, said the company has experienced a significant drop in sales during the pandemic and made some tough decisions in order to survive — layoffs and expense reductions among them. But these painful moves are expected to protect the privately held business so that when things improve, there will be a bright future, said Orwig who joined the company in August.

“It’s business management 101, but we didn’t take it lightly,” he said.

Peerless has also stayed in close contact with its retail customers who are struggling. “We’re continuing to support our customer base to help them get through. We know clothing may not be a priority right now, but we’ll be there when it is again.”

Like the retailers, Orwig isn’t expecting things to improve much in the first half. “The crystal ball is very cloudy and there are significant headwinds ahead of us in the short term,” he said. “But I’m an optimist and trying to be realistic. We’re planning spring conservatively and we strongly believe the occasion business will start to come back in the summer and we’ll be able to rebuild for fall 2021.”

And with the news of Lanier’s planned exit from the market, there may be further opportunities for Peerless going forward. “The pie for tailored clothing may still be shrinking, but there’s an opportunity to take more of a share of that pie,” he said.

And while he sees a “continued blend of classic and active” influences in the market as guys seek “multifunctional” apparel, he’s not giving up on the classic suit business just yet. “Men are still going to be wearing suits, and going into holiday next year, there’s going to be an abundance of pent-up demand.”