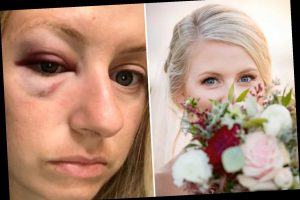 IT'S the one special day you're guaranteed to have all eyes on you – but unfortunately for one clumsy bride, she became the centre of attention of her wedding day for all the wrong reasons.

Posting on her TikTok channel, newlywed Katie Barrier explained how she accidentally headbutted her groom's best man on the dance floor – and ended up with a gnarly black eye to show for it. 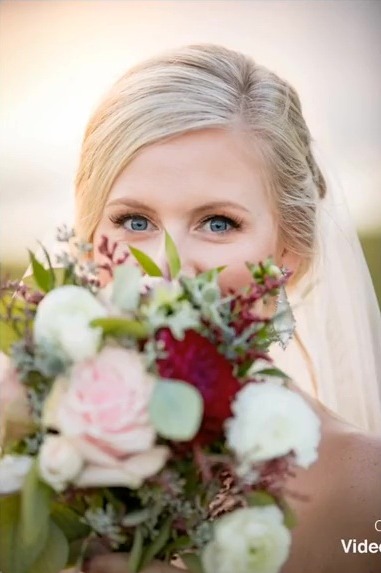 Sharing horrendous photos of her bruises, Katie said: "So people keep asking how I received a black eye on my wedding night.

"It's simple really – a ton of alcohol, a wild wedding party and a husband who thinks he's Patrick Swayze in Dirty Dancing."

While he was busting some moves on the dancefloor, the groom went to pick up Katie's maid of honour.

Fearing that he was going to drop her, Katie went racing over to save her pal – but the best man also had the same idea. 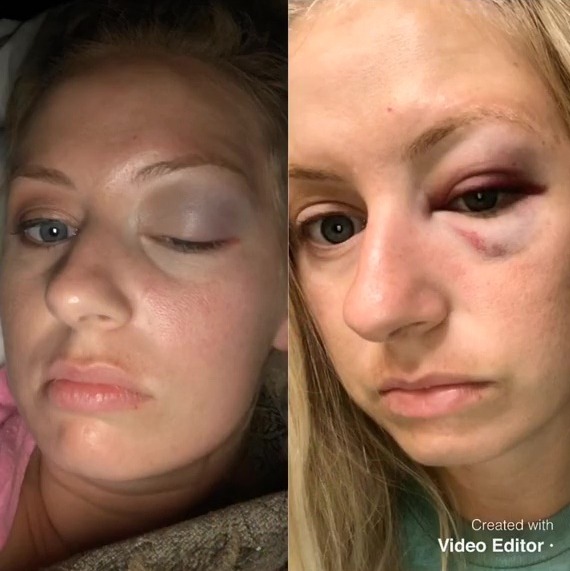 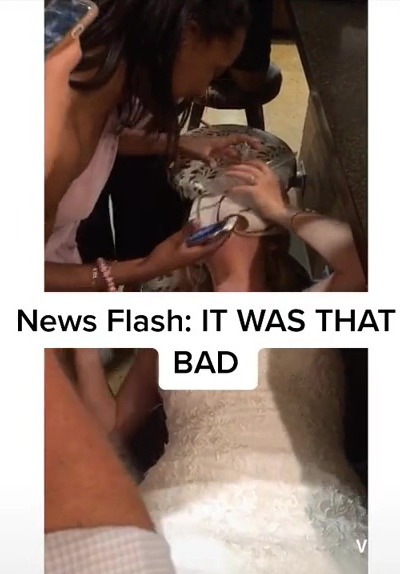 The bride said: "We ended up faceplanting into one another instead."

She then cuts to footage of her bridesmaids icing her face in the immediate aftermath – and while she's lying on a pew, Katie can be heard yelling "it's not that bad!" Oh how wrong she was.

Although it was noticeably swollen at first, Katie woke up the next day with a horrendous bruise – which understandably raised some concerns at the airport when the couple were embarking on their honeymoon.

On the plus side, at least it happened AFTER they'd taken all their wedding photos. 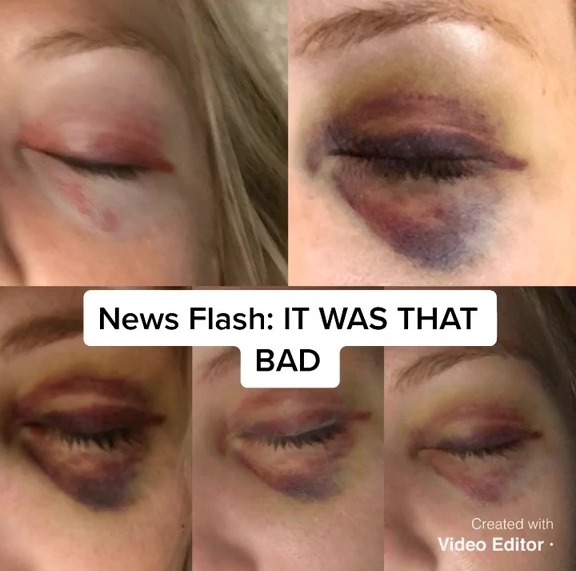 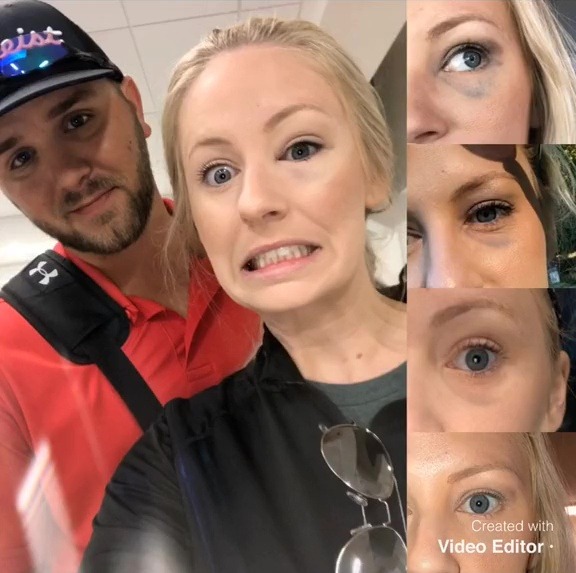 Unsurprisingly, Katie's anecdote went down a treat with her thousands of followers – with some labelling it the "best wedding story ever".

"OMG you poor thing," one replied.

For more wedding horror stories, this bride shared her hairdresser’s epic fail after she asked for pretty waves for wedding but ends up in tears over the result

And this furious girlfriend was slammed for a ‘tacky’ sign moaning she’s gone 3,058 days without a proposal.

Plus this is the awkward moment groomsman a split his trousers trying to pull off challenging wedding dance move.