Milly Foot was stunned when she stumbled upon the "OMG!! I said yes… Please help me get skinny and be my bridesmaid?" card online – as she searched for one to give her 16-year-old cousin. 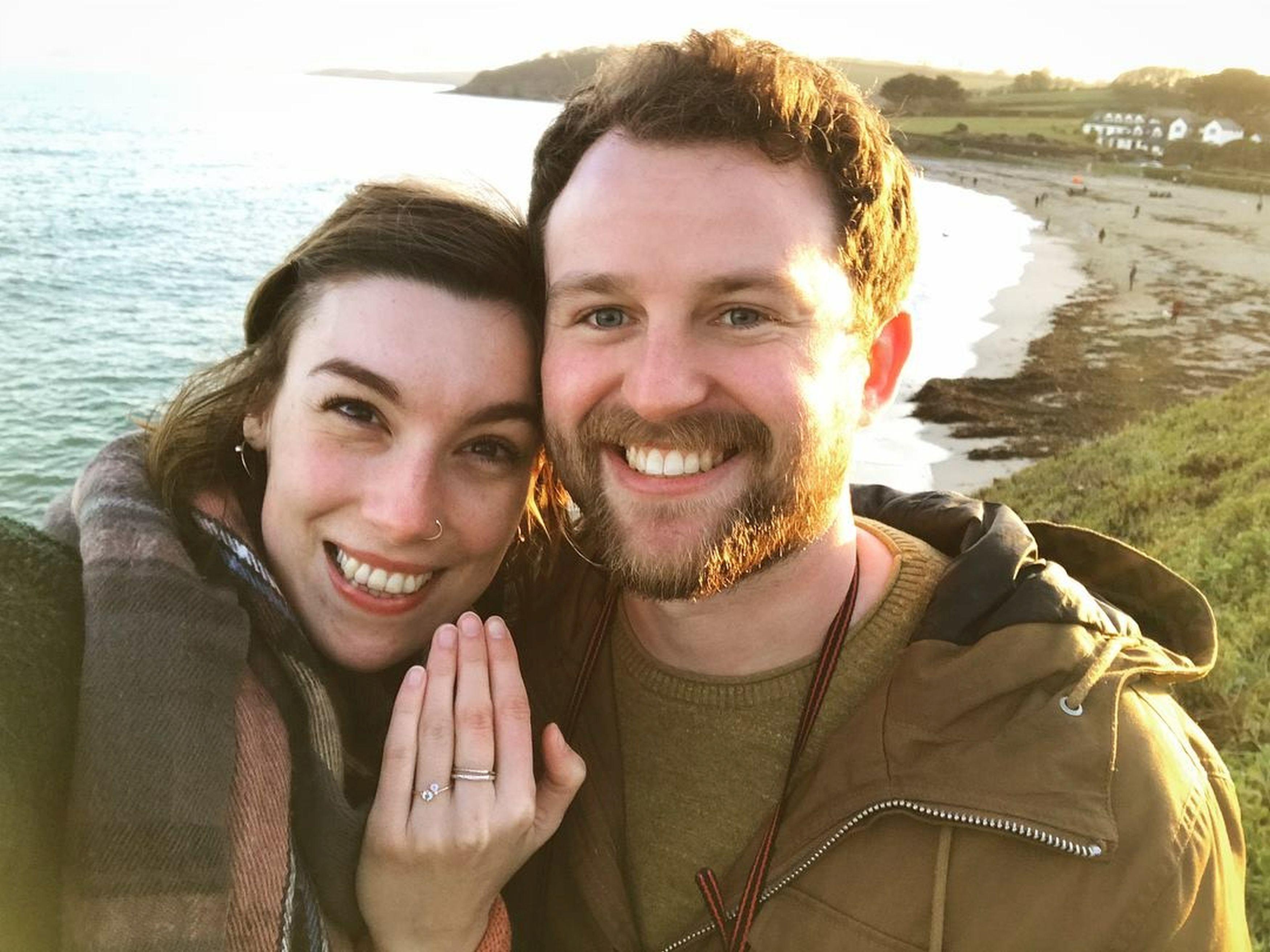 The 26-year-old brand consultant is calling on Amazon to pull the £4.99 card, sold by independent third-party seller Peachy Antics, so that brides aren't "bombarded with toxic messages" ahead of their big day.

But Peachy Antics said they specialise in banter and "can't cater for everybody's vulnerabilities", adding that anyone offended by the card should "look the other way".

Milly, from Bristol, said: "As I scrolled down (on Amazon) the fifth one down stopped me in my tracks.

"Go back 10 years I would probably have just rolled my eyes at the card and moved on but I just thought ‘is there really a market for this now? Are people that close minded?’ 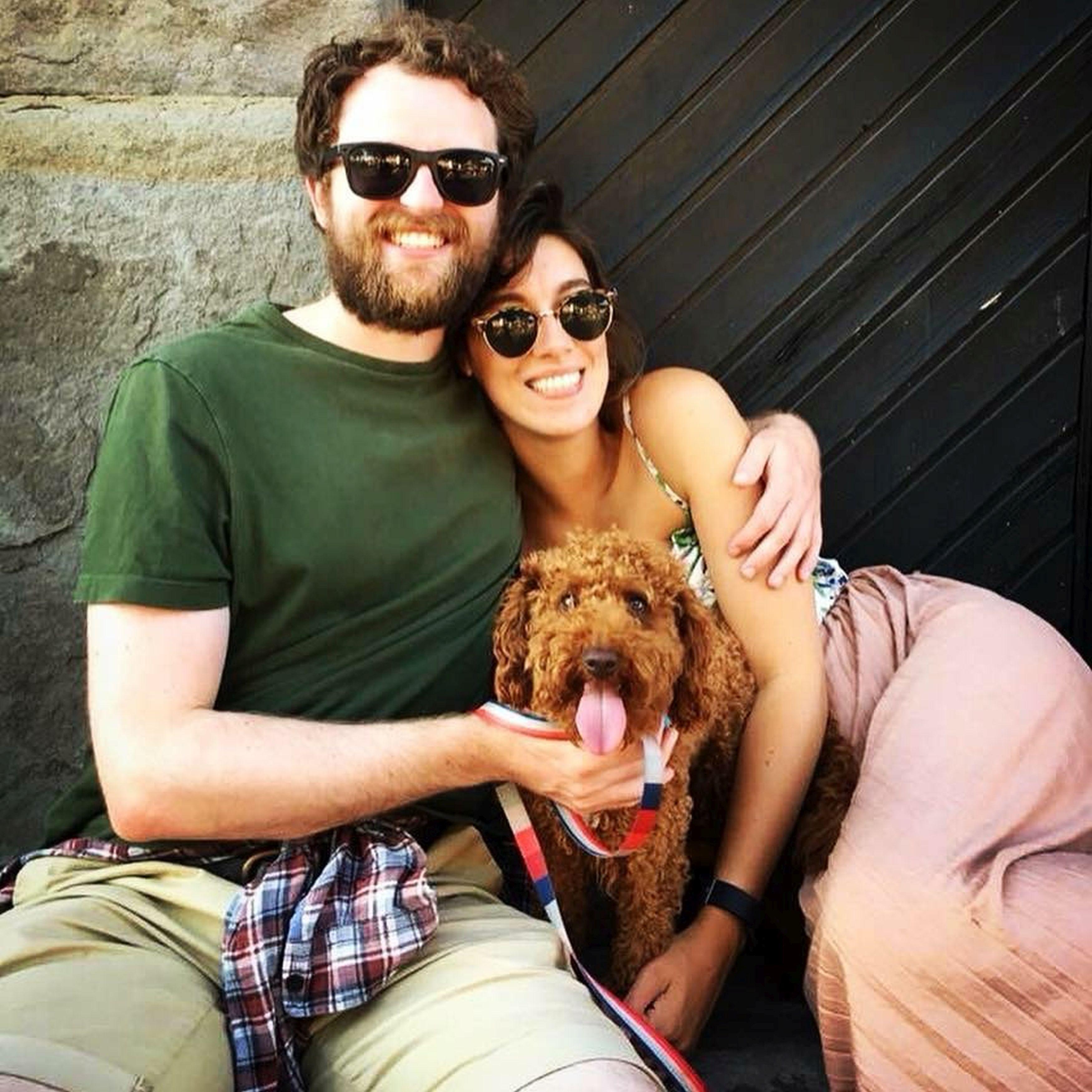 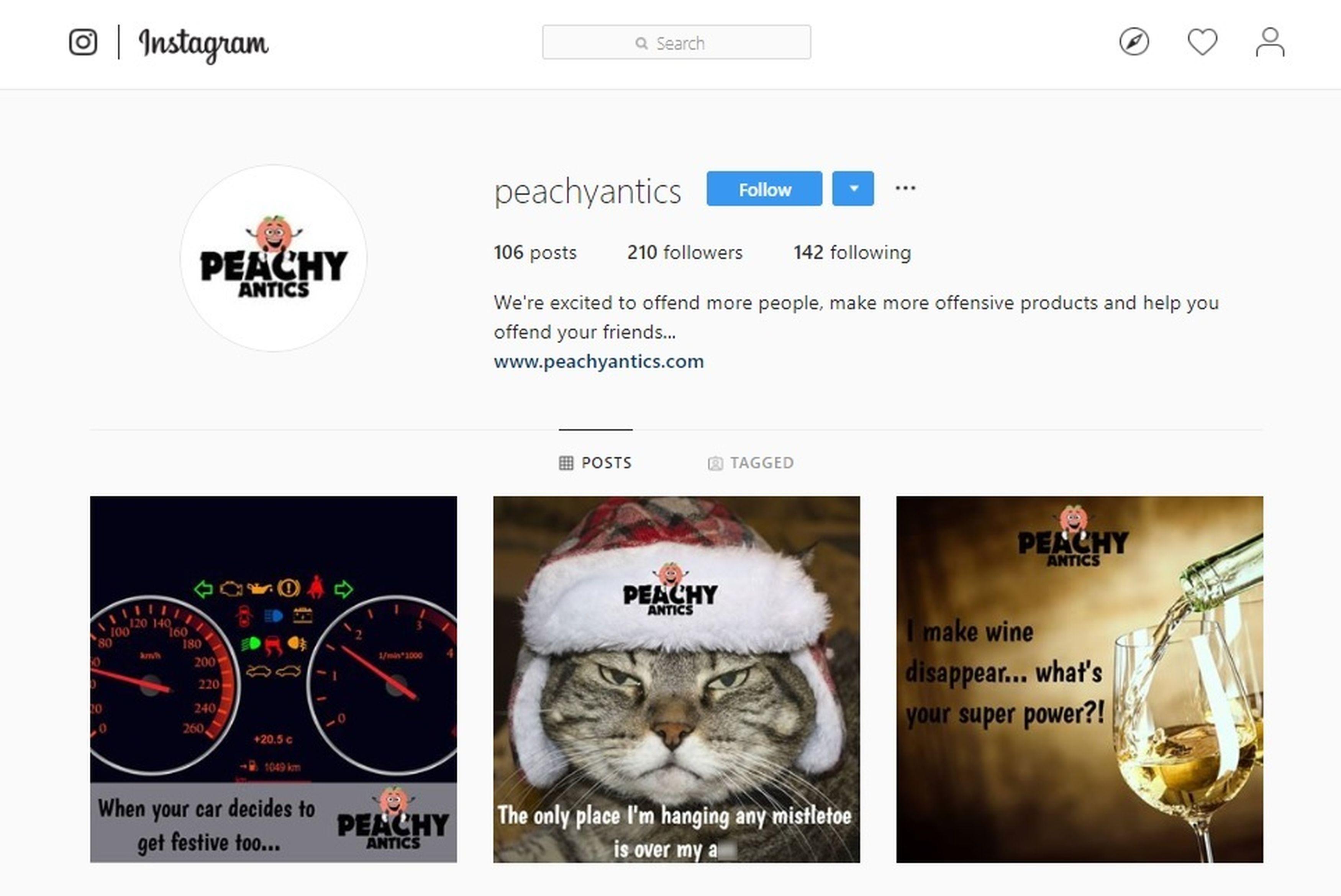 “I thought the world had moved on but oh my God it’s like going back in time.

“There’s this huge preoccupation with how you look on your wedding day –  that’s almost what the whole thing has become about and it’s got absolutely nothing to do with it.

“It sets a terrible example for a teenage girl and I hate the idea that she could think that she has to alter the way she looks to be a bridesmaid or a bride.

“It could trigger someone who isn’t confident and make them think ‘am I supposed to be getting skinny for my wedding day?’

“I’m not super confident in the way I look, I’m just confident enough in my own relationship and know that (mindset) is toxic.

“For someone who’s a bit more vulnerable or subject to body dysmorphia, it could be really triggering for them.” 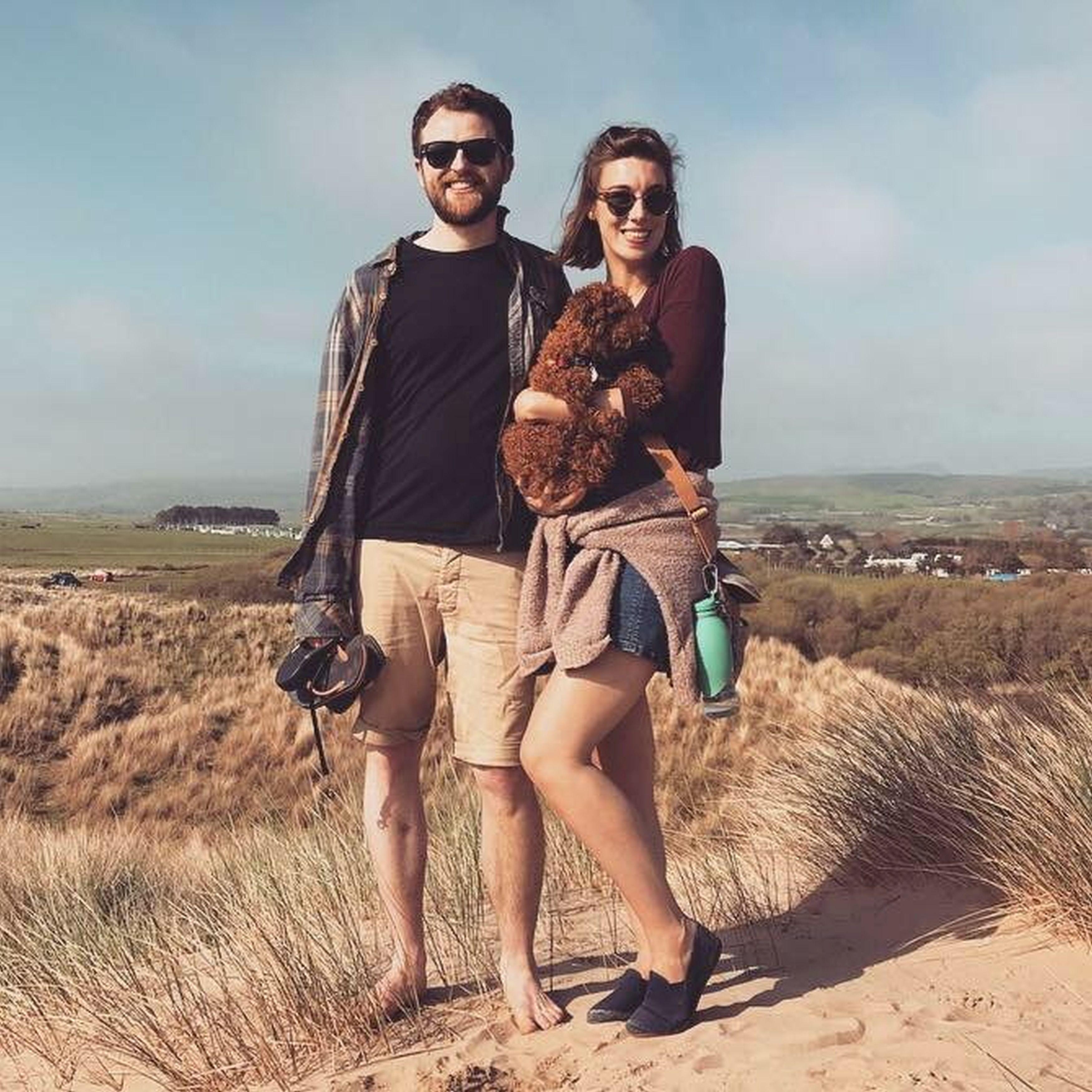 Their other "will you be my bridesmaid?" cards say: "I promise not to make you look like s***", and "thanks for putting up with the wedding bulls***".

Milly, who plans to wed her 27-year-old photographer fiancé Tom Winn in 2020, said she felt compelled to contact the online retail giant about the card to protect women from its "harmful" message.

She said: “My partner was at home when I saw it and he shook his head, he understands how bad it is and shares my views on it.

“Amazon is a huge company and probably don’t realise the stuff is on there, I just wanted to bring it to their attention and get it removed.

“If that could be taken down and stop potentially damaging one person then that’s a good thing.” 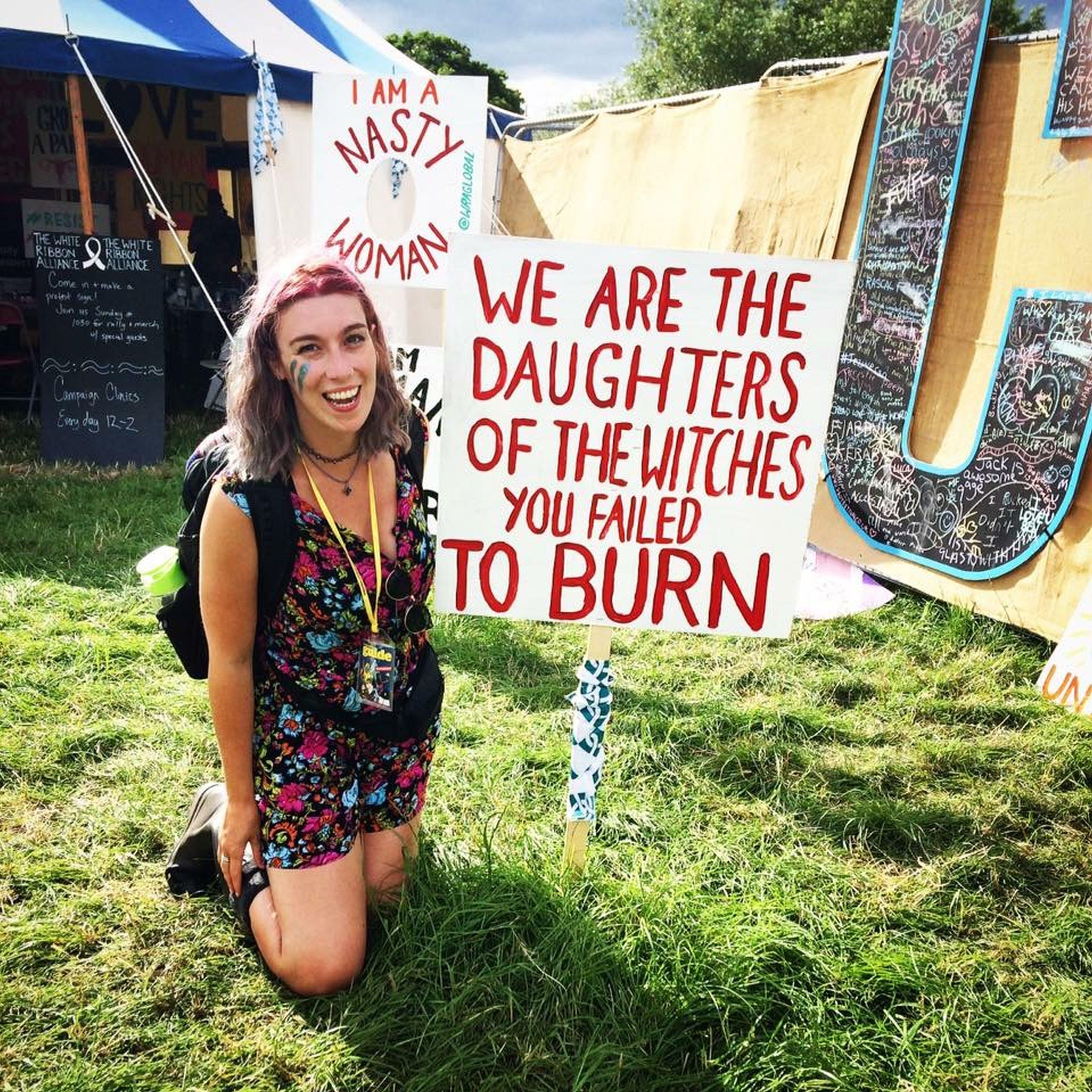 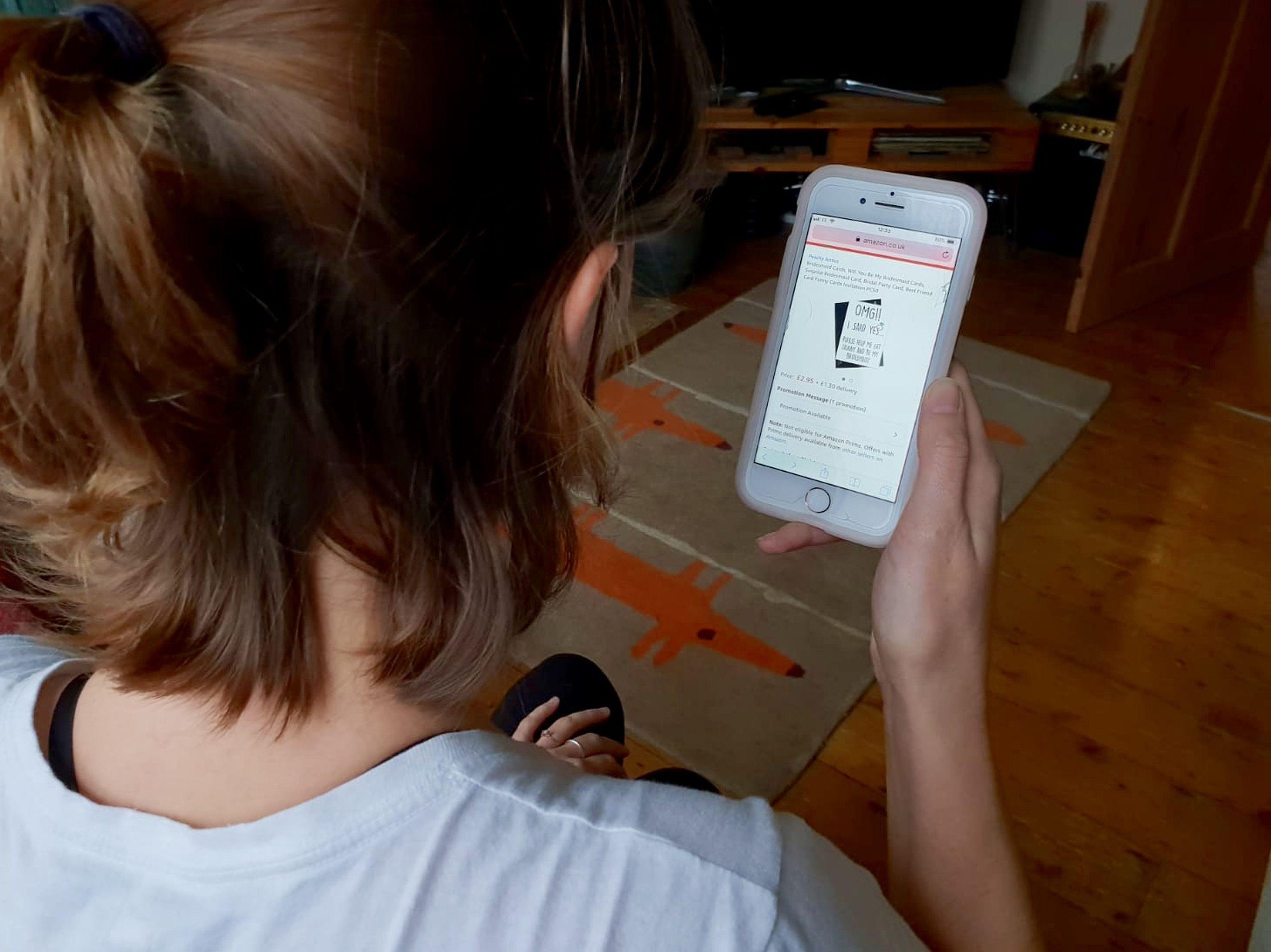 Dr Stuart Flint, of Leeds Beckett University – who specialises in obesity, weight stigma and discrimination – said: “For women there is a common association between marriage and weight loss or becoming slimmer, where the association is often coupled with a message that by losing weight, a women will look better.

“Women often receive messages that they should lose weight to ‘look their best’ on their wedding day, which can lead to disordered and dangerous eating patterns.

“The drive for thinness has associated with body image concerns, disordered eating behaviours, self-harming and in some instances suicidal thoughts."

Peachy Antics' co-owner Shaun Peach said: “We are a company specialising in banter, it’s not meant to offend anyone it’s for people who take things light-hearted.

“It’s one of our best-selling cards, you can’t cater to everybody's vulnerabilities out there. Some people can take offence to some things whereas other people don’t and find it funny.

“(We’re) not out there to cause anyone any offence, it’s more of a gimmick and a joke.

“You can’t sing ‘baa baa black sheep’ anymore. What’s the world coming to? It’s so politically correct now, soon we won’t be able to say anything.

“If you look at it and you don't like what it is, you can turn the other way.”

We recently revealed how Zara's website was being mocked by shoppers for using models with bizarre poses – including one wearing her coat backwards.