The message, which was shared on a Facebook group and was supposedly sent by one bride-to-be, also demands that guests splash out at least £565 (AUS$1,000) on their evening outfits – on top of asking women to invest in a pair of pricey Louboutins and a Burberry scarf. 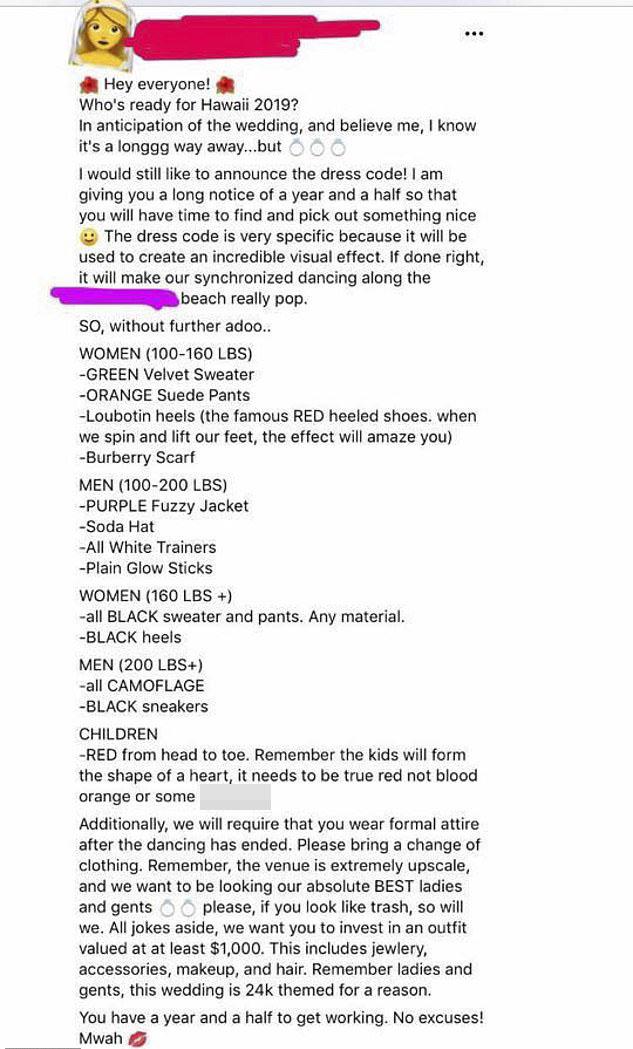 To make it even more OTT, the wedding is still 18 months away – taking place in Hawaii next spring – and the bride is also organising a synchronised dance.

She wrote: "I am giving you a long notice of a year and a half so that you will have time to find and pick out something nice.

"The dress code is very specific because it will be used to create an incredible visual effect.

"If done right, it will make our synchronised dancing along the beach really pop." 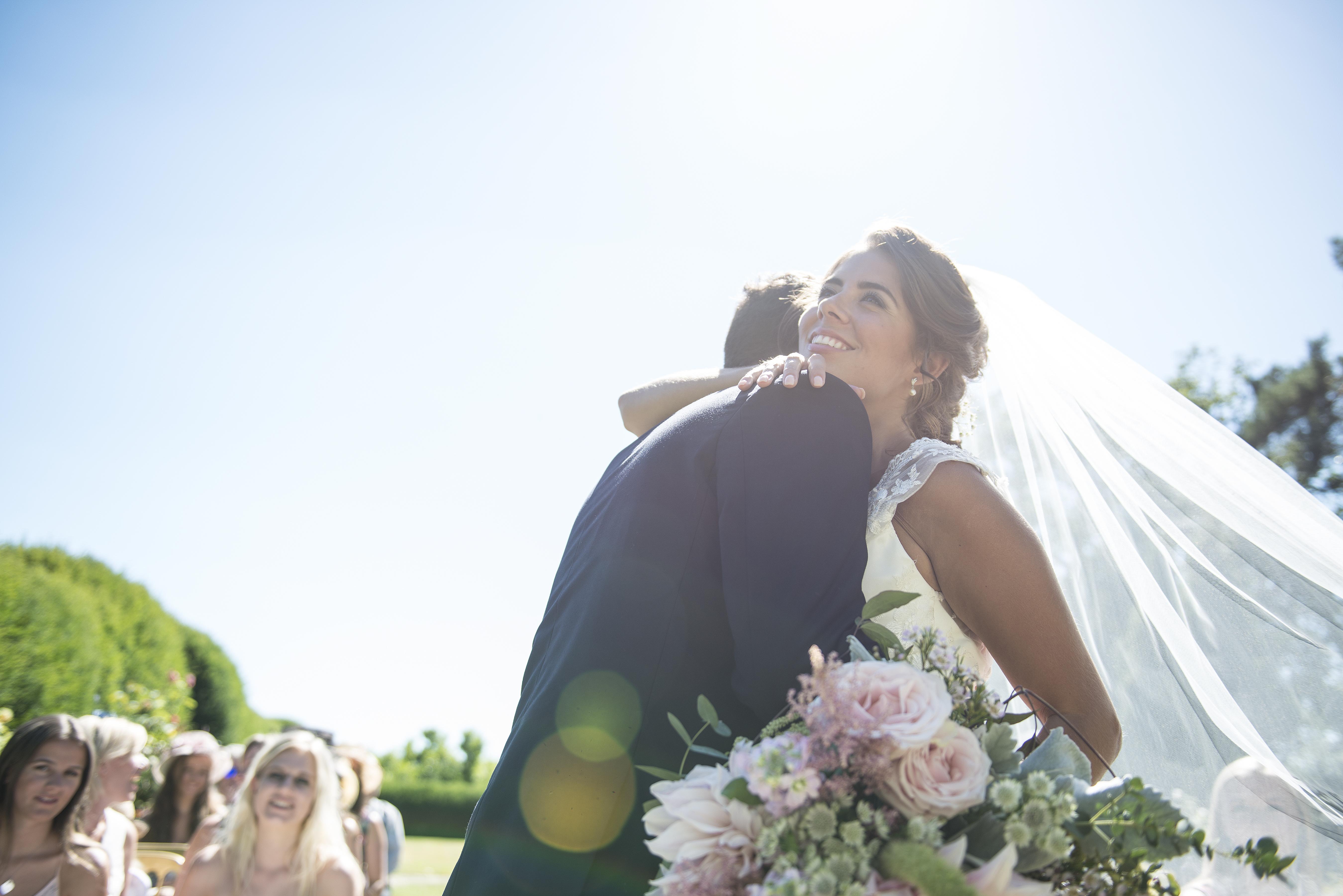 Women who weigh between 7 stone and 11st 6lb have been asked to wear a green velvet sweater, orange suede trousers, a Burberry scarf and Louboutin heels.

While those over 11-and-a-half stone have been told to wear an all-black outfit of a jumper, trousers and heels.

Bizarrely, blokes who weigh between 7 stone and 14 st 4lb have been asked to wear a bizarre purple fuzzy jacket, a soda hat, pair of white trainers and glow sticks.

While kids should dress from head-to-toe in red, and it must be "true red not blood orange", according to the very specific instructions.

After the dance, the bride has asked her guests to change into formal attire costing at least £565, adding: "if you look like trash, so will we".

The post is finished: "You have a year and a half to get working. No excuses! Mwah".

As the bride has been kept anonymous, we can't verify if this is a genuine list of demands, although guests on the group have insisted it is.

Another added: "If you want me to wear at least $1,000 – you best be buying that stuff for me or reimbursing me for stuff I won't wear again."

In other wedding news, this bride was left reeling when her bouquet throw led to an instant surprise proposal for one shocked guest.