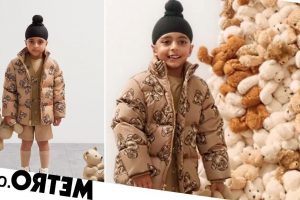 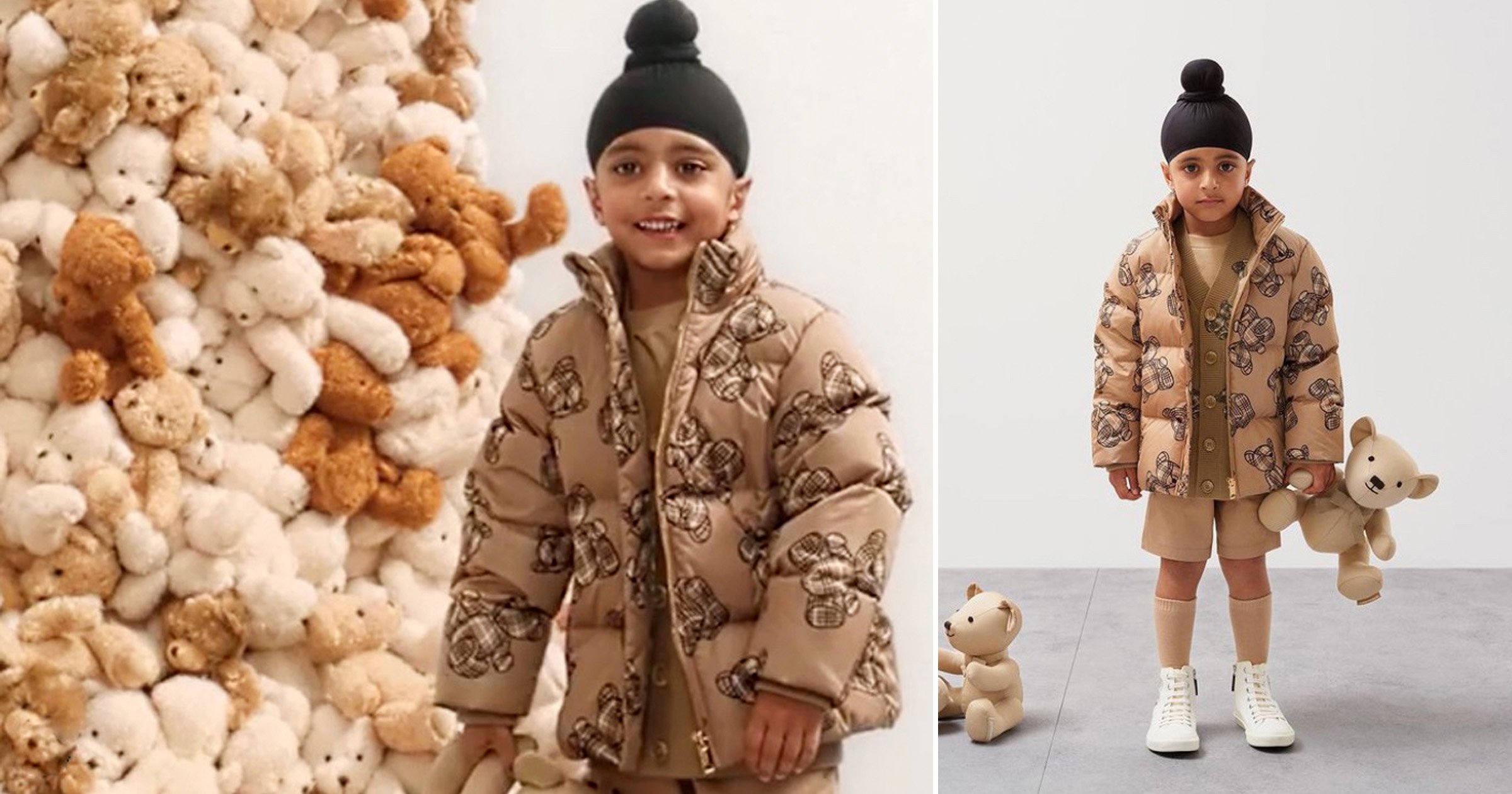 Sahib Singh may be only four years old, but he’s already made history.

After landing a dream gig modelling for Burberry Children, he became the first Sikh to model for the kids brand – and the first to sport a patka, a traditional head covering worn by Sikh boys before they graduate to the pagri turban.

In photos for the upcoming A/W collection, London-based Sahib is surrounded by teddies inspired by the iconic Burberry Thomas Bear, wearing the label’s signature honey-brown shade.

In a teddy-print puffer jacket, matching cardigan, and tan shorts and socks, he looks every bit the top model.

More than that, though, he’s helping people from all walks of life see the beauty in diversity, and showing underrepresented children that their culture isn’t a barrier to success.

Sahib’s mum Harjot Kaur, who runs his Instagram account, told Vogue India: ‘Sahib had an incredible day with the Burberry team, who really looked after all the children they were shooting with.

‘To see our son, who does look different from his peers, being given a chance by the iconic British brand was truly a milestone moment.’

Since sharing the shoot on Instagram, Sahib has received an outpouring of support from the South Asian community, with comments and shares racking up.

Dad Ranjeet Singh said: ‘The feedback has been beyond heartening. We are still trying to comprehend how big this has gotten! The South Asian community has pulled out all the stops to shower love on our little Singh.’

Sahib is represented by South Coast Kidz agency, and is a dab hand at castings, although his parents try to ensure he’s shielded from the darker side of the fashion industry.

In an Instagram post, Harjeet said: ‘We have felt a few disappointments when Sahib isn’t chosen for a job. We have never told him about any shoots until he’s fully confirmed as he doesn’t need to feel the emotions involved.’

Burberry cast its first ever Indian model, British-Punjabi Londoner Neelam Gill, back in 2013, with Tarunjit Nijjer becoming the first Indian model to open a show (and starring in a campaign alongside Cara Delevingne and Suki Waterhouse) the following year.

As a trailblazer himself, Sahib is certainly in good company.

We’re sure this won’t be the last you see of the pint-sized supermodel.