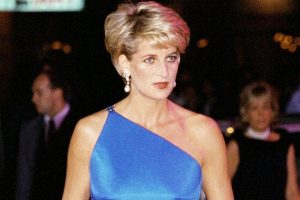 The late Princess Diana and Queen Camilla’s fashion and jewellery choices could not be more different. Style experts shared with Express.co.uk what fans can learn about these royal women from their style choices.

Claire Beatson from lab-grown engagement ring brand Nightingale and Megan Watkins, the Head Stylist at online destination for independent fashion brands SilkFred took a side-by-side look at Diana and Camilla’s fashions and jewellery and what their sartorial choices say about them.

Megan said: “The newly appointed Queen Consort is commonly known as the royal who re-wears her outfits the most, often opting for low-profile silhouettes and neutral colour palettes.

“However, Diana was keen to keep people guessing at royal occasions, perhaps showcasing her burgeoning independence and solidifying herself in fashion history.

“Not one to make a statement, the Queens Consort is often the epitome of subdued royal style.”

The expert spoke about how, on the contrary, Princess Diana “wanted to make a statement with her clothes” unlike Camilla.

She explained: “Toward the end of her marriage to then-Prince Charles, Diana wanted to make a statement with her clothes. The Christina Stambolian Little Black Dress she wore to an event at the Serpentine Gallery in 1994 made headlines and became known as ‘the revenge dress,’ and is still replicated in stores today.”

Diana also had a great casual style, for instance when she wore classic bike shorts paired with a crew neck jumper, which has made a huge comeback this year. Whereas, Queen Camilla is less known for her off-duty looks.

Megan commented: “One of my favourite casual looks of Camilla’s is this monochrome look she wore in 2020. This outfit is synonymous with Camilla’s laid-back and utilitarian sensibilities, displaying her practicality and love for classic British style.

“Diana’s oversized blazer and cowboy boots ensemble are quintessential of her everyday style. Showcasing her eclectic and daring personality, Diana solidified herself as the Queen (or Princess) of fashion-forward casual dressing.”

Princess Diana was regularly seen donning outfits made of taffeta, silk, lace and sequins, while Camilla’s wardrobe has modest-cut floor-length gowns, often made from velvet.

“The pink, spaghetti-strap gown she wore in 1983 showed that she was a Princess that made statements.

“Camilla has become known for her stately gowns and her love of velvet. Often opting for long sleeves and square necklines, the Queens Consort’s evening wear shows off her signature subdued style.”

The royal jewellery collection has always been of great interest to the British public, with fans marvelling over their extravagance.

Both Diana and Camilla have made serious statements with their sparkly accessories over the years.

Claire said: “Whilst Camilla and Diana’s style choices differ greatly, it would seem that jewellery is the one thing they can agree on.

“One of the Queen Consort’s favourite pieces is a pearl necklace, which she has worn at many events including the 2018 Commonwealth Day service, at her and Charles’s 14th wedding anniversary and most recently, at Queen Elizabeth II’s funeral.

“The piece includes four strands of cultured pearls with a centrepiece of round Edwardian cut diamonds and is said to represent femininity.

“Also a fan of pearls, Diana’s sapphire version is one of the most famous necklaces to be worn by a royal. Worn at a concert at the Royal Albert Hall, the Met Gala and, most famously, at the Serpentine Gallery event, this nine-strand pearl choker is said to be worth almost £100,000. Peals are said to symbolise wisdom gained through experience, something both of these women can relate to.”