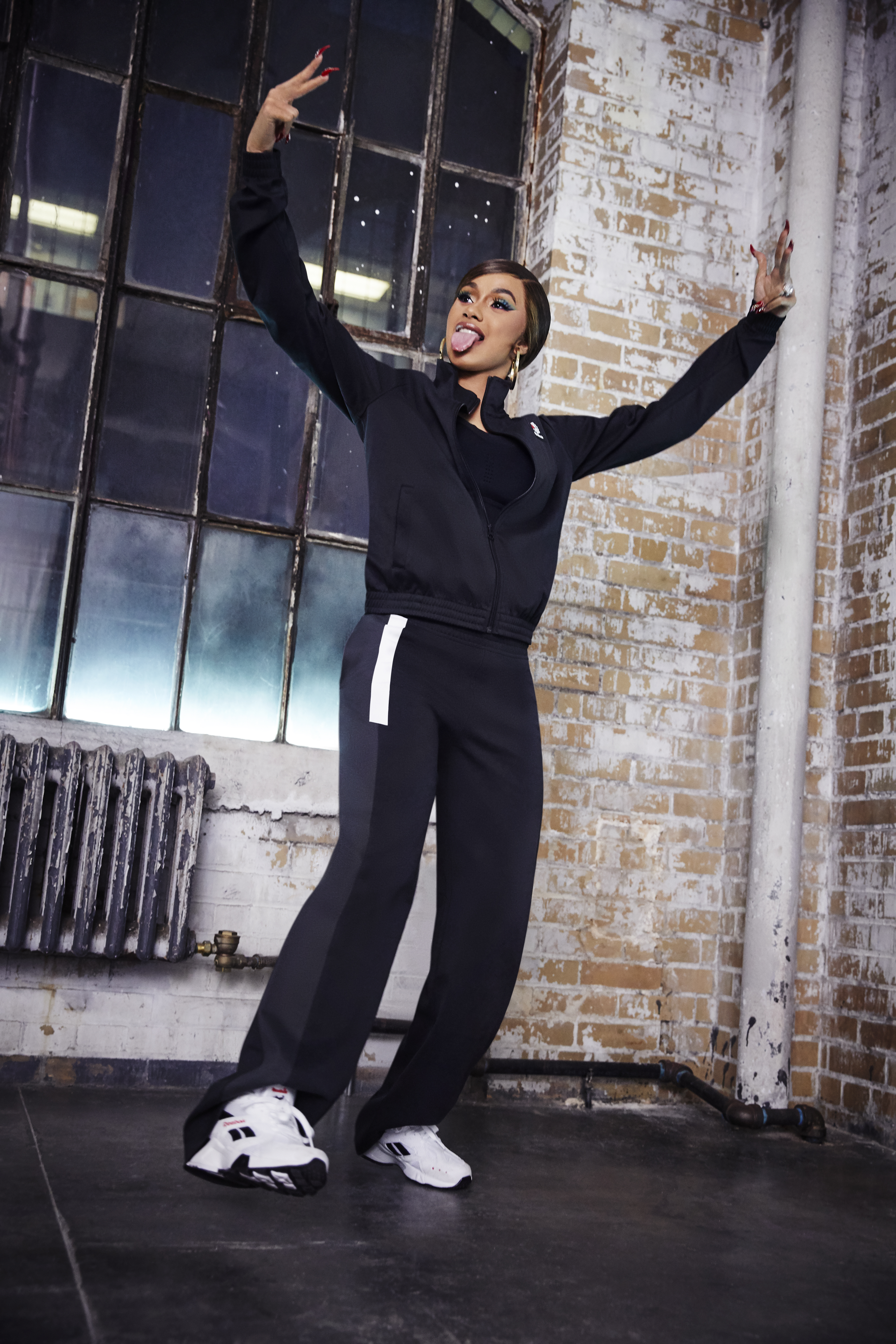 After dropping some subtle hints on social media last month, it’s official: Cardi B is teaming up with Reebok. The sportswear brand announced on Monday, November 5, that it is pleased to partner with “an artist who never fails to defy convention both personally and with her music,” and it looks like the rapper will be playing a role in revitalizing some of the athleticwear company’s most iconic designs.

To kick off the relationship, Reebok released an image of the new mom modeling a black tracksuit with white Aztrek sneakers. The throwback kicks have a dad shoe vibe that is perfectly in keeping with the ‘90s-era street style trends of late.

While Cardi has yet to post about her new gig on her social media accounts, she has been hinting at the partnership on the sly. Last month, she shared pics from the Reebok set (though she didn’t mention where she was) on her Instagram feed, and she also posted a video lip syncing on a fire escape in a sports bra by the brand.

As it turns out, the rapper’s relationship with Reebok goes back decades. In the press release debuting the campaign, the company put together a series of memes poking fun at the seemingly dime-a-dozen celebrity sneaker collabs these days, but Cardi has actually been wearing the brand since childhood. She posted a throwback pic on Insta in July of her then-five-year-old self wearing a sporty-chic two-piece. Oh, and she and Bruno Mars both rocked retro Reebok kicks earlier this year in their “Finesse” music video.

Cardi, who also currently has a line with Fashion Nova in the works, is joining fellow fierce femmes like Gigi Hadid, Gal Gadot and Ariana Grande as Reebok ambassadors. As WWD reports, the company was the first athletic brand to create footwear collections with hiphop stars like Jay-Z and Pharrell, and Reebok has also with with female artists like Missy Elliott, Eve and Queen Latifah. Welcome to the club, Cardi!