The Duke and Duchess of Cambridge were visiting Leicester University to find out more about the projects supported the football club’s late owner, Vichai Srivaddhanaprabha. 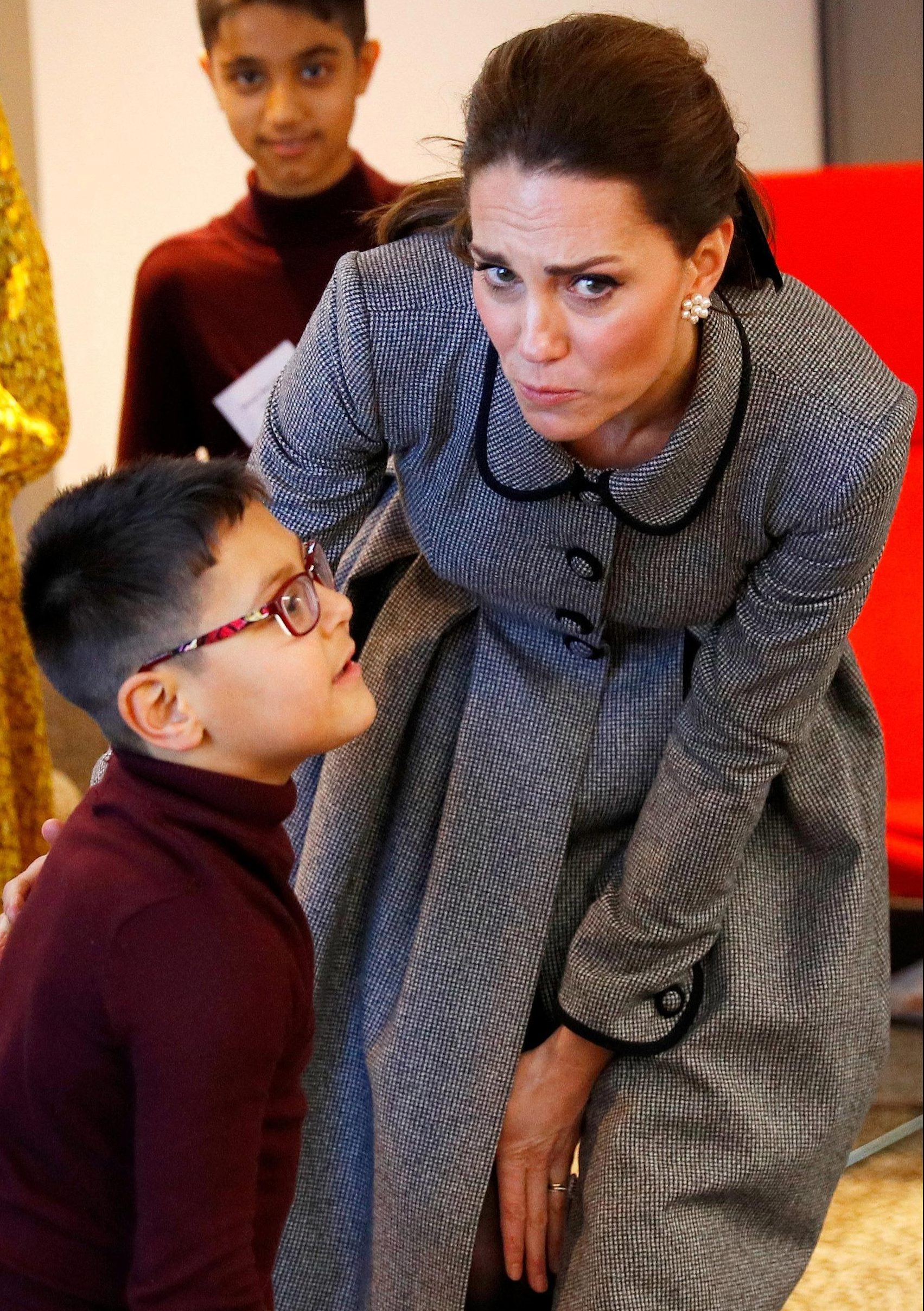 There Kate met lively twin boys, Sai and Taran, six, who kept her and Prince William entertained during their visit.

Born prematurely, the boys received support from a community project part funded by Vichai, a Thai businessman who was killed in a helicopter crash in October.

As Kate and the boys bonded, the twins showed the mum-of-three their sport of choice – wrestling.

Sai told the Duchess he “likes headbutting”, before he and his brother gave a demonstration. 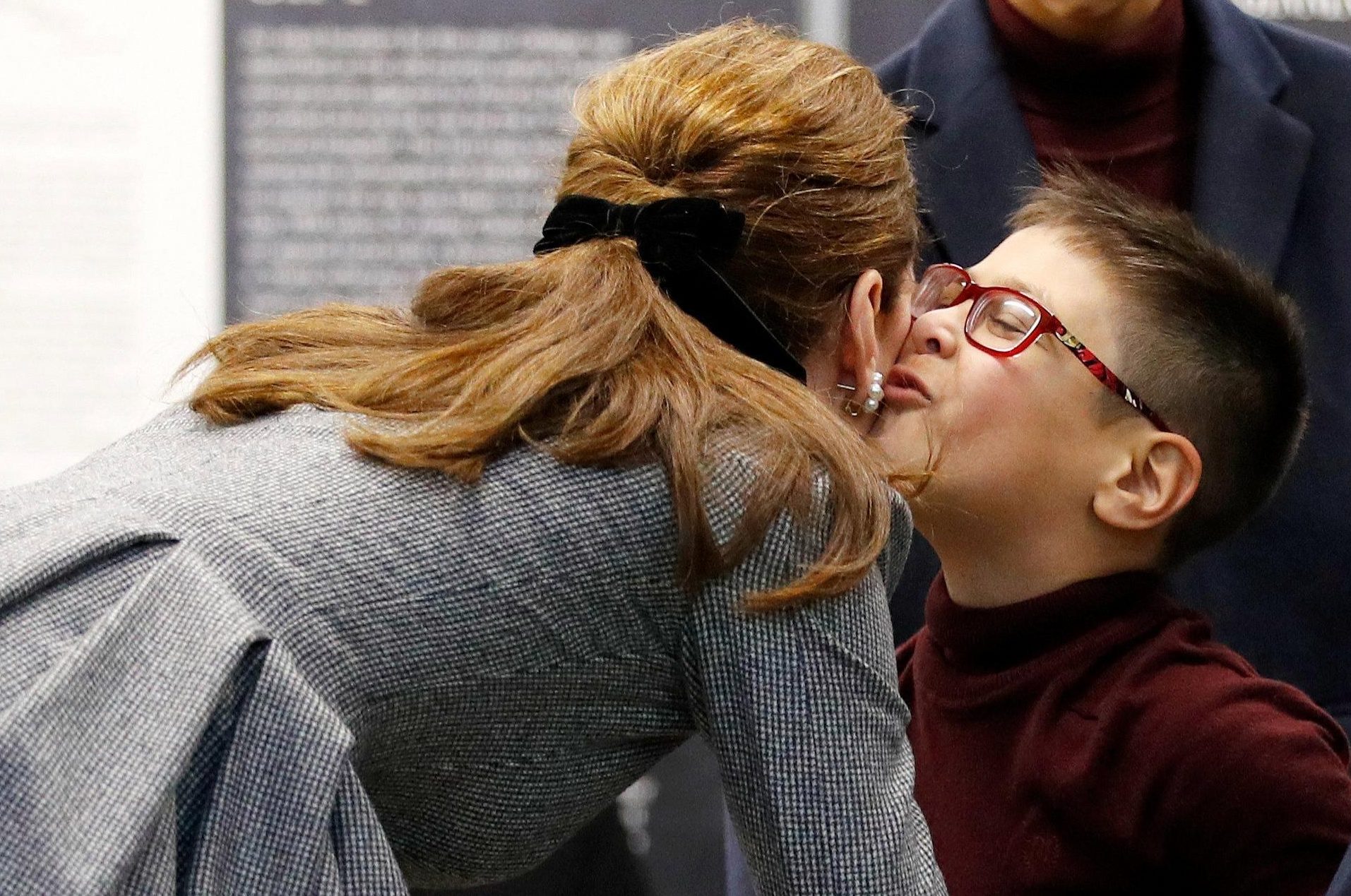 And it wasn’t just Kate who Sai took a shine too, with the lad telling Prince William: “My pants are showing”.

But Kate took it all in her stride, and Sai’s cheeky nature paid off when he plucked up the courage to ask for a kiss – and got one.

As the royal couple went to leave, they were presented with a posy from the boys.

Crouching down Kate asked: “Shall I shake your hands one more time?”, but Sai decided a kiss was in order instead.

Their parents, Geeten, 42, and mum Kal, 43, revealed their mabrssment at the boys’ antics, but praised Kate’s clam demeanour. 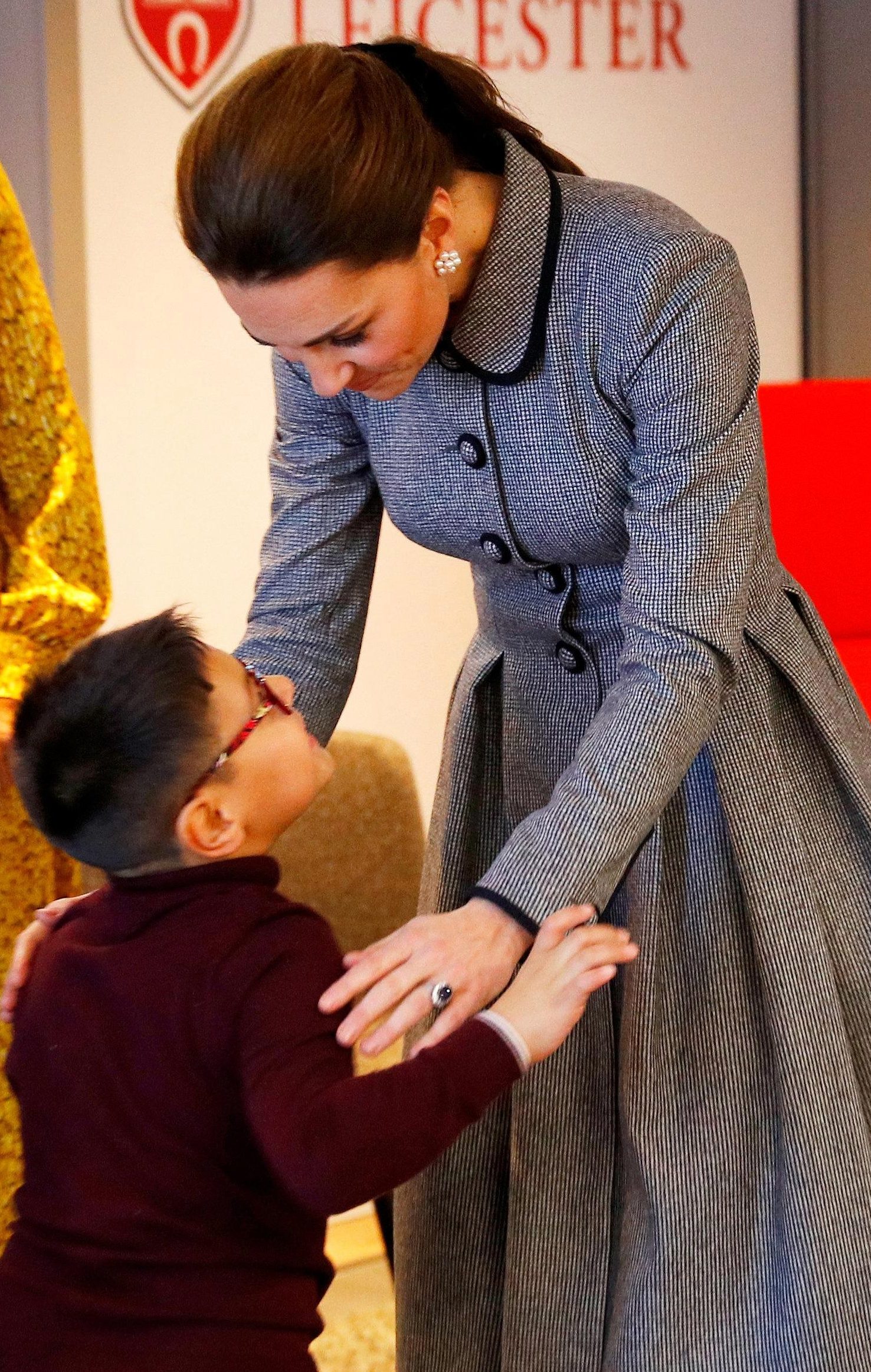 “But she said: "It's absolutely fine. Don't do anything. Let them be. I'm used to it". Oh my God! She is amazing with them.”

And she said she was “sweating” when her boys began grilling The Duchess, the Daily Mail reported.

Kal added: “Sai was shouting, "Kate, how is Charlotte?"

“And Taran has got a thing with numbers. He was saying, 'How old are you, Kate?

“When is your birthday?' I'm sweating, literally.” 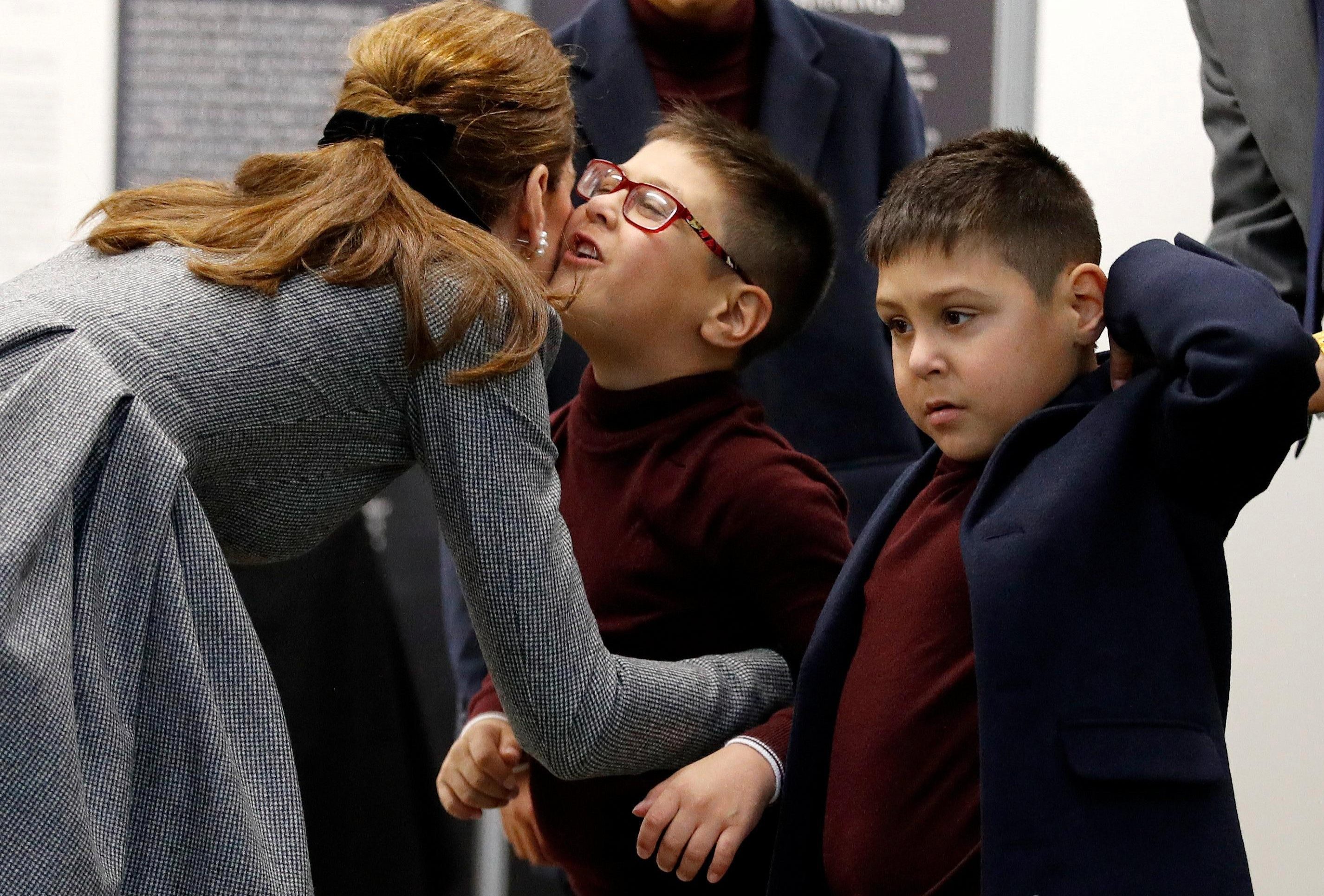 Their boisterous nature was noted by Prince William, who told them: “You are very active.

“How many marshmallows have you eaten? You two have so much energy.”

But the wrestling may have rubbed off on the royal couple, with Prince William adding: “'Catherine, you and I might try that.

And we revealed why a body language expert thinks it’s unsurprising ‘sexual’ Meghan Markle and ‘introvert’ Kate Middleton are having a ‘royal rift’.

Plus these are the four things Kate Middleton carries in her handbag – and they're all extremely useful.