Home » Fashion » Confessions of an Instagram addict: why we need to kill the likes

Confessions of an Instagram addict: why we need to kill the likes

The most number of likes ever received on an Instagram post was nearly 25 million, for a photo of an egg. Yes, an egg.

My personal record is 984 likes, which for someone with about 4000 followers is, in social media speak, an engagement rate of nearly 25 per cent.

To put this in context, the average post has an engagement rate, which includes likes or comments, of about 3 per cent. So yeah, I was pretty proud of it. 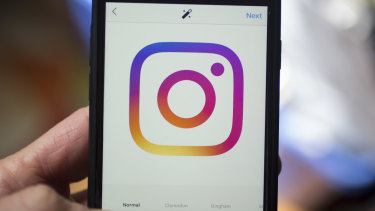 Game changer? Instagram is launching a trial in Canada that will hide the ‘likes’ count on users’ posts.Credit:Bloomberg

Admittedly, the post, a photo of myself with Vogue editor-in-chief Anna Wintour after I interviewed her in January, was an outlier. My posts more commonly receive somewhere in the order of 100-200 likes. The sad truth is that the most beautiful photo of a work event or holiday scene will never "score" as highly as a selfie.

Instagram is the only social media platform I post to daily, and yet it's also the one that has had the most deleterious effect on my mental health and, if I'm being honest, my personal relationships.

Data on engagement rates, peaks and metrics have conditioned those of us who use Instagram as more than a digital photo album ("Facebook without all the other stuff" is how my partner put it the other day, trying to understand Instagram's allure, and mystique) to "game" the system. We post at the time of day we think will garner the most likes, so that our egos get the stroking they need.

In the pursuit of maximising a post's impact, I'll admit to: withholding a post for 12-plus hours when I have been overseas, so as to "hit" the home audience at peak times (these vary by user but conventional wisdom includes early mornings or late evenings, while Saturdays are a dead zone); deleting a post that isn't generating enough likes in the first hour, and reposting it later with better editing/filtering/captioning; and agonising over the right hashtags.

A few weeks ago, rumours began to surface that Instagram was going to trial hiding likes on posts, so that only the poster can see the "score". The news has now been confirmed and a trial will begin in Canada this week.

Part of the motivation, the company says, is to try to reverse the potential harm "validation culture" is having on young people, who may be inclined to post provocative, including sexually suggestive, content for the sole purpose of garnering more likes.

We post at the time of day we think will garner the most likes, so that our egos get the stroking they need.

Just like having thousands of Facebook friends is no match for real-world love and support, 10,000 likes on an Instagram post does not a self-fulfilled person make, and the dopamine-producing power (and potential destructiveness) of "likes" has been well documented.

Naturally, the move by Instagram has its skeptics, with Rebecca Nicholson writing for The Guardian on Thursday that young people will just find a new currency for validation, such as the comments stream.

While anything that genuinely aims to improve the wellbeing of all people – especially those most vulnerable on social media – is welcome, it's hard to not also search for Instragram's commercial imperative.

In this heavily curated world, where we agonise over the pursuit of projecting a vision of the "perfect" life, we naturally self-censor. Some people don't care and will post the family happy snaps, however "imperfect" and unedited, regardless of how few likes they receive. But others, myself included, have over time diverted our "raw" content to the stories function of Instagram (where content expires after 24 hours) and kept our "feeds" for only the best of the best.

To Instagram, a business, that may mean fewer posts, less engagement and, possibly, less revenue. Or at least more arguments that the platform, like Snapchat and others before it, may have had its day, as people start to turn away from this heavily sanitised – let's just call it fake – version of life.

By potentially removing the "likes" count from Instagram, users may feel more free – less self-conscious, less like they are in some unwinnable popularity contest – to post the things that really matter to them, not just the things that are catnip for their followers.