Home » Fashion » Cubitt-Shand tiara: The only diadem Camilla Duchess of Cornwall inherited from her family 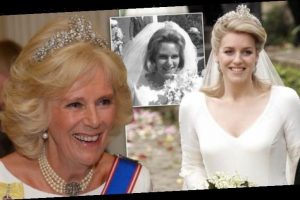 Camilla, Duchess of Cornwall, enjoys the use of the Delhi Durbar, the Greville Boucheron, and the Teck Crescent tiaras – although the latter she has yet to be seen wearing in public. All three are on loan to the Duchess from the Queen, but Camilla does have a diadem of her own – the Cubitt-Shand.

The Keppel’s had their own royal links, as Sonia’s mother was Alice Keppel – the last mistress of King Edward VII, Queen Elizabeth’s great-grandfather.

The tiara gets its moniker from Camilla’s grandfather, the Hon. Roland Cubitt, and her father, Major Bruce Shand.

Sonia lent Camilla the tiara for her 1973 wedding to Andrew Parker Bowles, and it can be seen in photographs of the day. 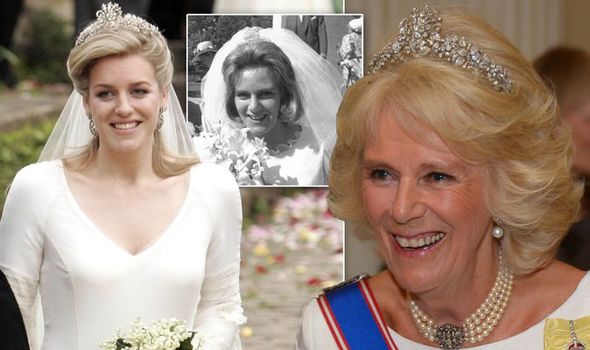 It was later inherited by Camilla’s mother, Rosalind, but there don’t seem to be any photographs of her wearing it in the public domain.

Instead, it was next widely seen at another society wedding – that of Camilla’s daughter, Laura, in 2006.

Camilla lent it to her daughter after inheriting it upon her mother’s death in 1994.

The Duchess of Cornwall continues to wear it to this day, and the whimsical floral design is notably lighter than the three diadems at her disposal from the Queen’s collection.

Made completely of diamonds, this peice features flower designs nestled in a thick wreath of leaves.

It is likely to have also been worn as a necklace originally, as the tell-tale centre apex implies.

When Prince Charles becomes King, Camilla will have access to the jewellery which belongs to the Crown, currently worn by Queen Elizabeth.

This includes a number of tiaras – but it is unlikely she will stop wearing her own personal sparkler, the Cubitt-Shand. 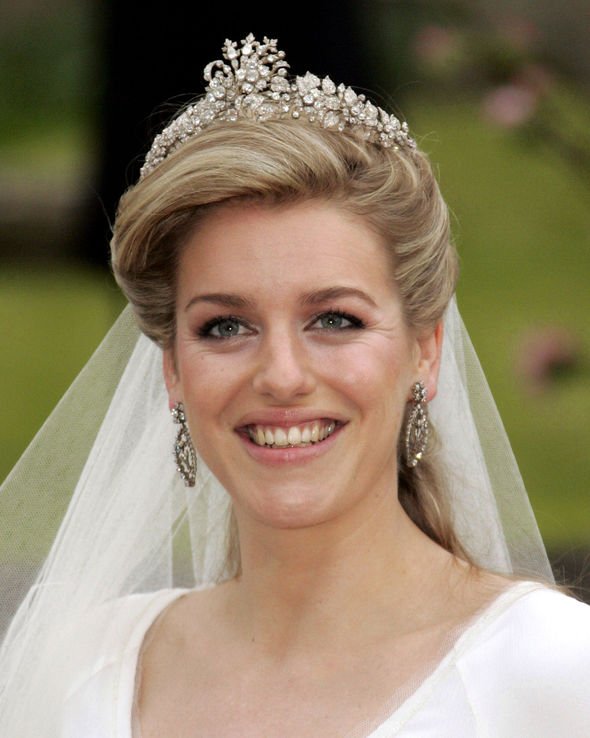 How many tiaras are there in the royal collection?

There are dozens of priceless tiaras owned by the Queen and other members of the Royal Family.

Many of the British aristocracy also own tiaras, wearing them at state banquets and on wedding days.

As well as tiaras currently in existence, there are a couple which have been dismantled to make other diadems. This includes The Surrey Fringe and The Nizam of Hyderabad. 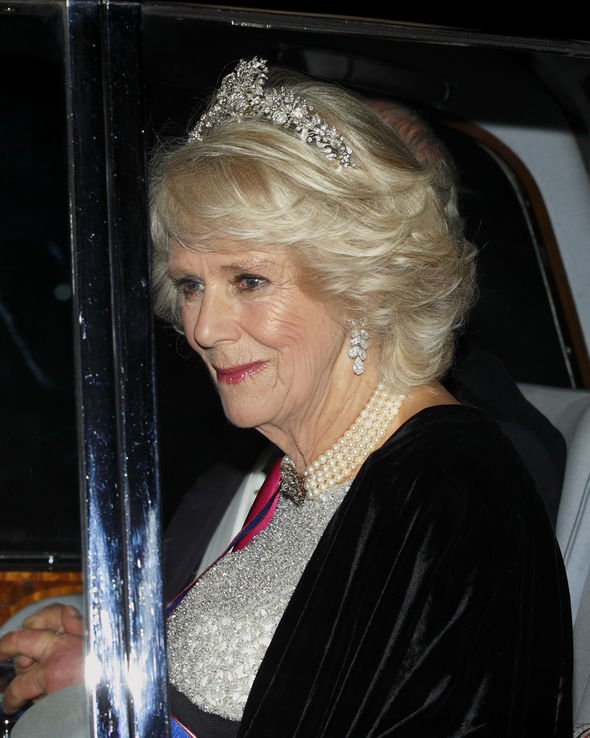 Some tiaras have formed part of iconic moments in the history of the Royal Family. The Cartier Halo for instance, was worn by Kate Middleton on her wedding day to Prince William in 2011.

Similarly, the Meander tiara was admired around the world thanks to it being the choice of Zara Phillips for her wedding to Mike Tindall in 2011.

And it is the Lover’s Knot that is most often seen today, as it is a favourite of the Duchess of Cambridge.

It was closely associated with Diana, Princess of Wales during her marriage to Prince Charles, so holds special significance for Kate.