A DAD has created an incredible Godzilla themed Christmas tree for his kids – and it even breathes fire. 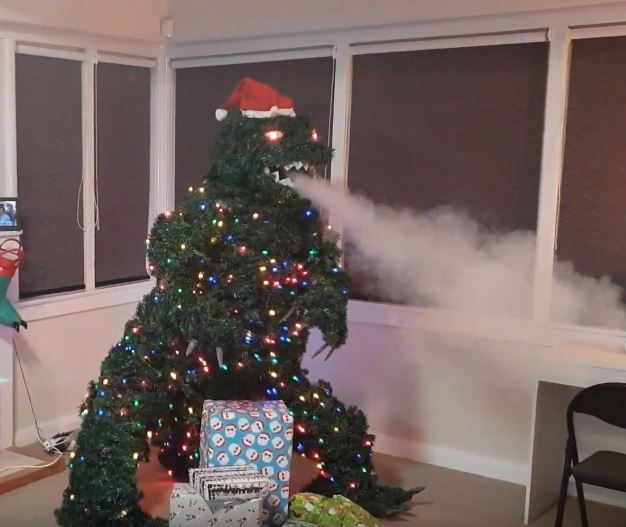 The dad was inspired to create the tree by his four-year-old nephew who “loves dinosaurs” – but took it one step further by creating the 1.8 metre tall lizard.

He added a string of colourful lights to bring the tree to life and added a Santa hat to the top to make Godzilla slightly more festive.

Steven originally created the Treezilla last year and after keeping it in storage he decided to auction it online, BoredPanda reports.

He received a total of 34 bids on auction site TradeMe and sold it for $415NZ (£206), having set a $250NZ reserve he donated the extra proceeds to children’s charity Canteen. 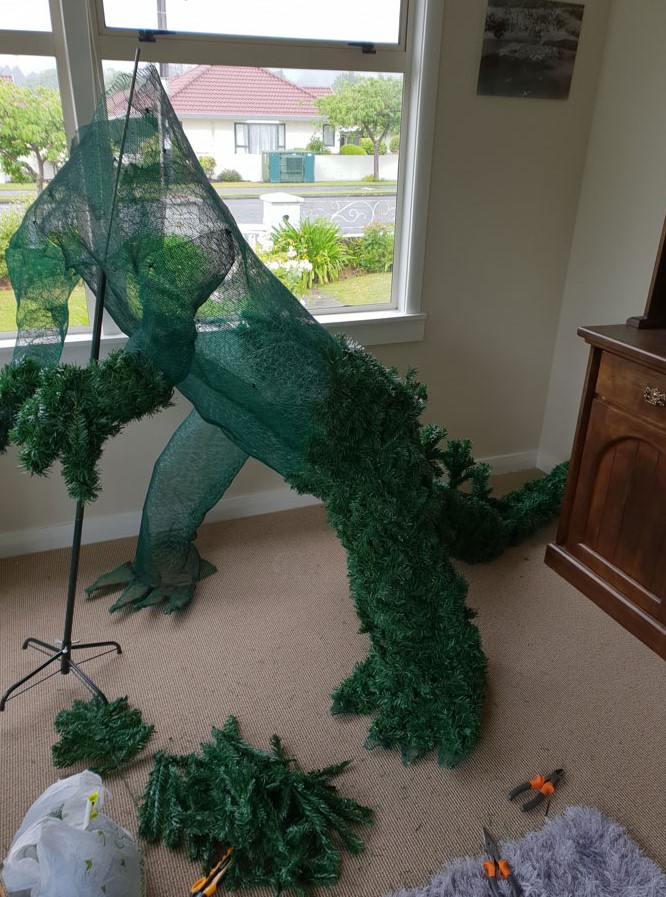 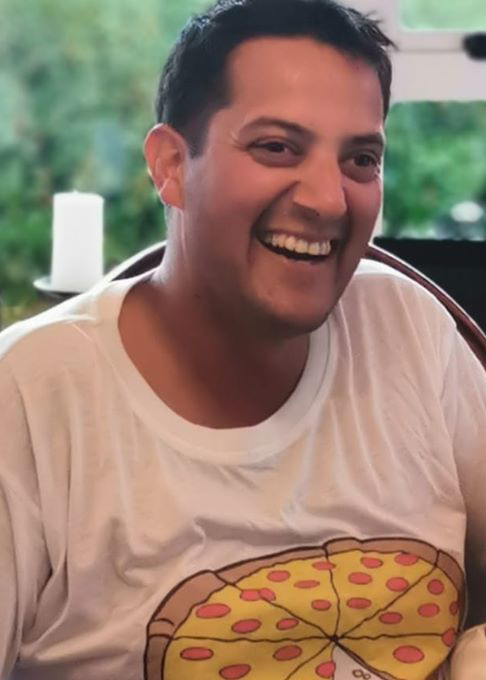 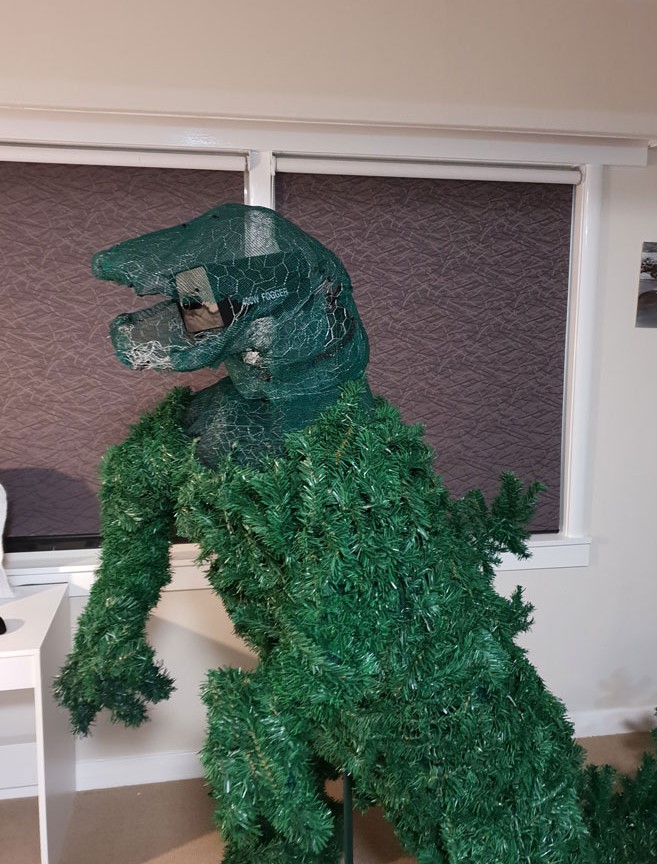 The dad has previously created several other impressive trees including a Pac Man themed LED version and a portal version.

But he has remained tight-lipped about this year’s creation thus far.

Speaking to BoredPanda he added: “This year’s tree is still under wraps (excuse the pun). I can tell you that it involves 5 meters of chain, a beer crate, and I had to buy a ceiling fan.” 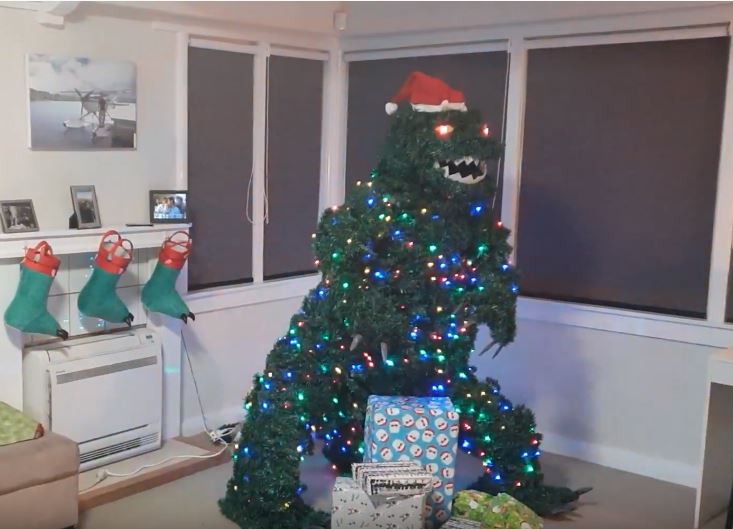 In other festive news, this mum has wowed the internet with Christmas tree teepee that you can crawl inside.

And four couples have revealed what they spend on each other at Christmas, from one who spends £600 to others who buy nothing.

Plus The Range is selling a DIY Santa grotto for just £9.99 and mums are going wild for it.

END_OF_DOCUMENT_TOKEN_TO_BE_REPLACED

END_OF_DOCUMENT_TOKEN_TO_BE_REPLACED
We and our partners use cookies on this site to improve our service, perform analytics, personalize advertising, measure advertising performance, and remember website preferences.Ok