Home » Daisy Edgar-Jones Also Can’t Wait to Get Up, Get Dressed, and Dance Again

The world was introduced to Daisy Edgar-Jones at arguably one of the most inopportune times in recent history. But not even a global lockdown could diminish Edgar-Jones’s burgeoning stardom.

Since starring in Normal People, the hit Hulu series adapted from Sally Rooney’s beloved novel of the same name, the London-born actress has solidified her status as not just one of Hollywood’s new faces, but one of the industry’s most authentic new voices. Her genuine approach to her work as an actress, as well as her style, made her the perfect choice to star alongside model sisters Adwoa and Kesewa Aboah, actor Micheal Ward, Royal Ballet principal dancer Francesca Hayward, and others in the new, dreamy Simone Rocha x H&M spring campaign, photographed by acclaimed young photographer Tyler Mitchell.

The ethereal collection which will be available starting March 11, was shot in the lush countryside of Northiam, East Sussex, England, and features the cast wearing Rocha’s elegant designs as they dance, drink tea, and laugh within the gardens of the historic Great Dixter House. The imagery, though beautiful, is more than aesthetically pleasing; it’s hopeful, providing a warm assurance that spring and summer are coming, and that we are, maybe finally, reaching the tail end of the ongoing pandemic. It’s a sentiment that Edgar-Jones also felt while experiencing the collection firsthand; these are clothes that are meant to be seen and admired by those around us, and adored and loved by those who wear them.

Below, we speak with Edgar-Jones about bringing the campaign to life, what she can’t wait to do again post-lockdown, and how she’s faring with returning to work as she preps for her upcoming feature, Where the Crawdads Sing.

What was it like bringing Simone’s vision to life for this new campaign? It seemed like such a whimsical, fun shoot to do.

It really was. It was such a wonderful day. We were in this amazing location. It’s like English countryside, and the sun was really shining, and we were just kind of going around wearing the most beautiful clothes. And it was really special, because it was so lovely to work with a team of people, and collaborate with them, and meet lots of different people, especially during this time, and just spend the day wearing Simone’s incredible clothes. It really was so much fun. 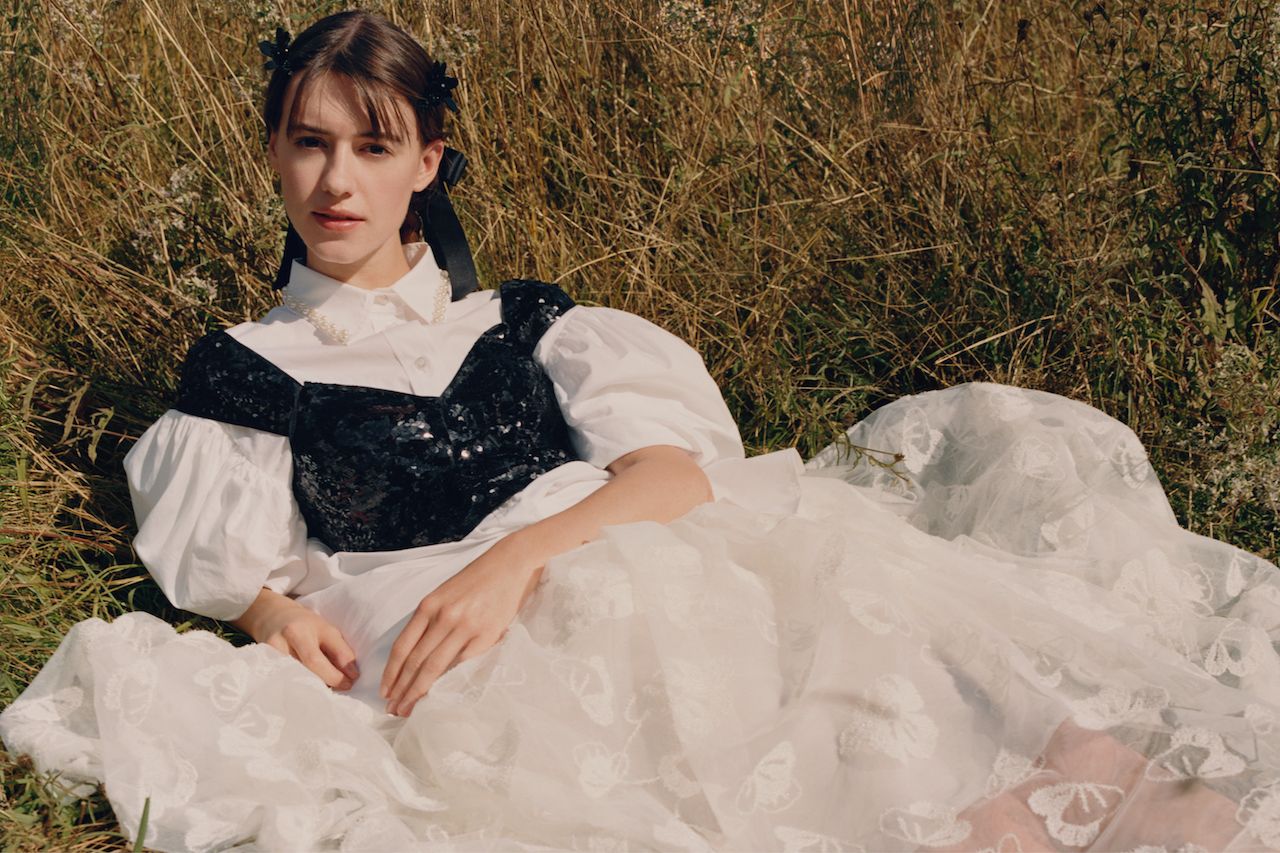 You also got to work with Tyler Mitchell, who photographed the campaign. What was it like collaborating with him?

He really is just incredible. I’m so fascinated by photography, and camera, and lens. And so I just loved watching him work. He had a very organic way of working. He just captured us as we sort of played and ran around, and he used lots of different lenses, like Polaroids, and sound, and things like that. But he was so lovely and such a joy to work with, so I feel very honored to have been able to work with him.

The first thing I noticed from this collection is how creative and gorgeously eccentric it is. How have you personally been managing to stay creative during such an uncertain time?

I think it’s so interesting, because I think clothes are a really great outlet. If you are feeling a bit down, if you put something on that makes you feel happy, like something sparkly or something a bit fun, it really can kind of shift the mood.

A lot of the time, I am wearing jogging bottoms and T-shirts. That’s kind of, like, usual attire, my attire for work even. But when I’m on the weekends, I really like enjoying experimenting with style, and re-wearing things that have been in my wardrobe for years, and trying to restyle them in different ways and, yeah, just buy special pieces that really make me happy. I really want any excuse to dress up at the minute, to be honest. I miss going out and having reasons to, so I think I’m just trying to find them at home now, which is really good fun.

Do you have a place in mind where you’d love to wear these pieces as we hopefully head out of this global lockdown?

When I wore this really beautiful white dress, which had these, like, little daisies cut out into them,I kind of thought, Oh, I would be so cool. Hopefully, one day when I get to go on holiday, if I could be walking, maybe somewhere lovely, like Italy or the South of France, and be just wearing a beautiful fresh dress that just felt so pretty and lovely.

Or there was a really cool look where I had this kind of sparkly bralette over a big shirt and a puffy skirt. And I thought it’d be so cool if I—hopefully, when I can go out dancing again—could find a way of wearing that look on a night out. 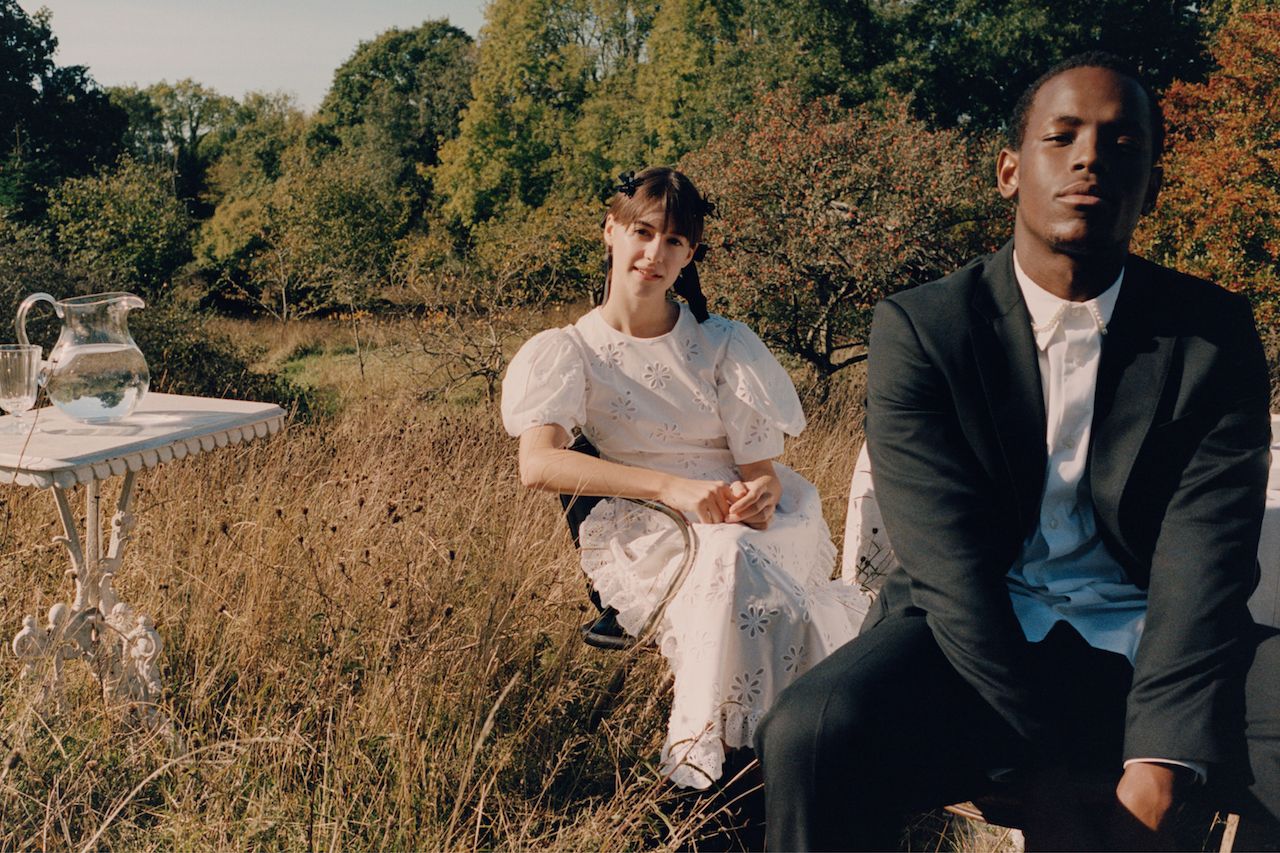 When Normal People came out, and everyone was binging, the world quickly became obsessed with the show and with you as an actress—while we were all in our homes and not going anywhere. How has it been this past year for you receiving all that acclaim and taking on so many new projects—but also with a lot of nothing going on?

The whole experience has been so sort of strange. … The show came out as the world went in. And I think that’s very, very strange, because it’s like the world’s been a bit topsy-turvy. And so it’s hard to draw out my unique topsy-turviness to just a general oddness of life right now.

Just as I’m being back at work and meeting people in a different country that have watched the show, suddenly I’m like, “Gosh, people did see it. It was quite widespread.”

Also, it’s so crazy, because on Sunday, I went to the Golden Globes, but I went from my apartment. And so again, it still feels like, Did that actually happen? Did I actually go? Or did I just dream that? Or was that like a really, really cool video game with lots of familiar faces I’ve been watching on the TV for years? It’s all been so surreal. I really have to say. I’m still kind of wrapping my head around the reality of it all. But it’s starting to sink in definitely more now that I’m having some amazing opportunities work-wise, like Crawdads and things like that. It’s just been a very odd year, that’s for sure.

You have a bunch of new projects in the works right now, such as Where the Crawdads Sing. How has it felt returning to work in the midst of COVID?

I feel so privileged, really, to be able to still be working and traveling. I’m in Vancouver now, and I’m going to New Orleans after this. To be seeing new places, this is sort of a strange time to be seeing new places. Most of the time, it’s seeing them from an apartment because I’m not allowed to go too far.

But also, meeting a whole group of people. I have had a few moments on set where I’ve been watching everyone work and set up a shop, and just thinking, Gosh, it’s so lovely to be around people. Even though I don’t know what all of them look like, because I’ve only seen them with masks on. It’s still just lovely to be collaborating, and being with people, and making something together.

I’m really enjoying it. And it’s so lovely to dive back into work and start thinking about new characters and things. I’m learning as I go.

This interview has been edited and condensed for clarity.