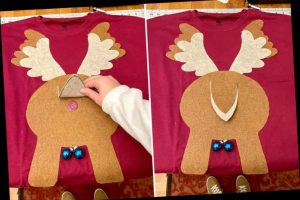 IT'S that time of year we bring out our oldest and ugliest Christmas jumper in a bid to spread some festive joy.

But one woman has stolen the show after revealing the very rude Christmas jumper she made her dad – and people are obsessed. 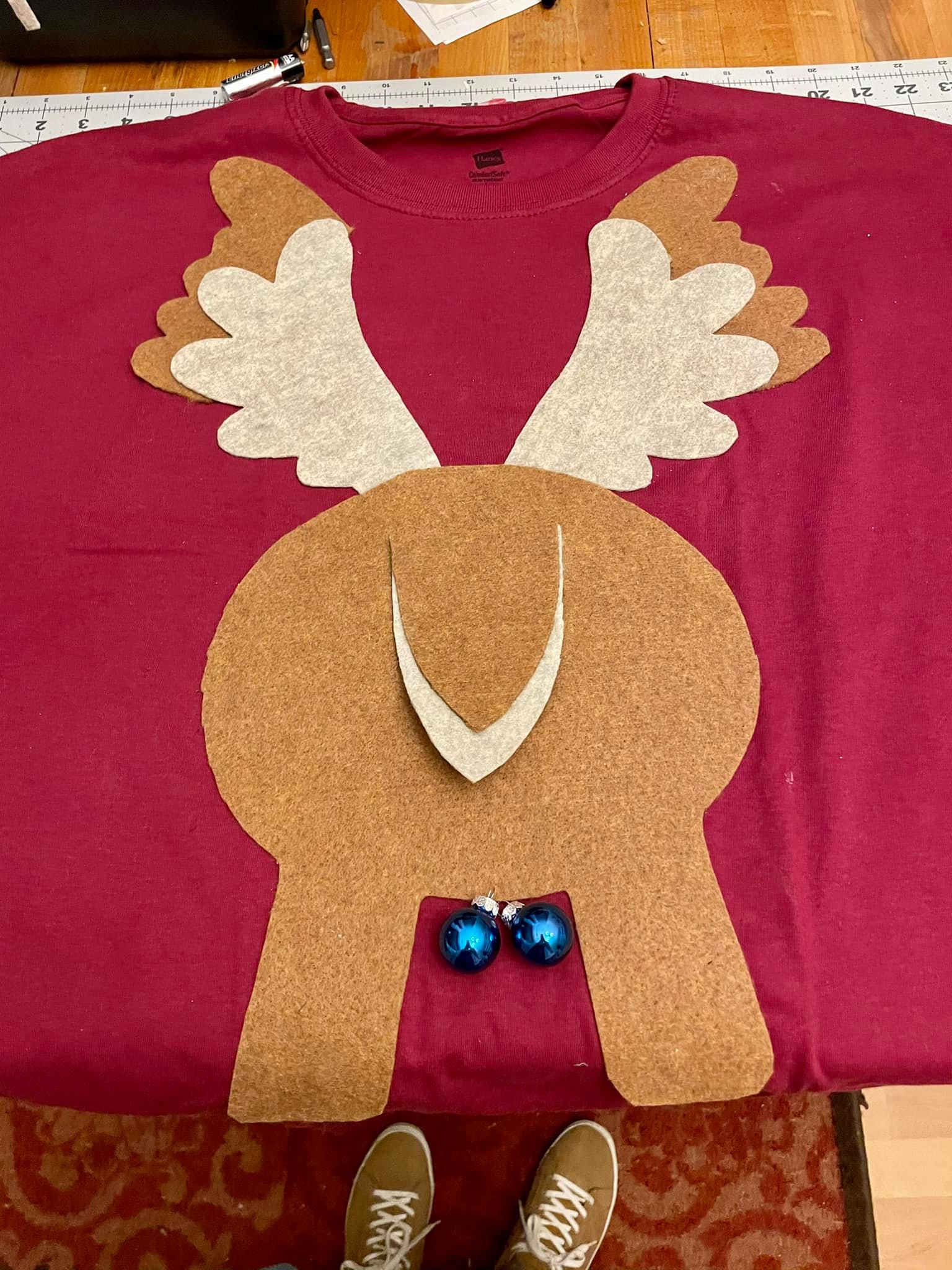 On a mission to provide her dad with the "ugliest" jumper for a Christmas party he was attending, the US-based woman took on the challenge to make one herself – and it doesn't disappoint.

The festive red sweater features a reindeer, but not the cute fluffy face and bright red nose you might expect.

Instead, the woman decided to showcase the behind of the animal, even using a couple of bells as, well, you know what.

But that's not all. In addition to the bells (if that's what you want to call them) the woman also created a 3D tail that lifts up to reveal something much ruder. 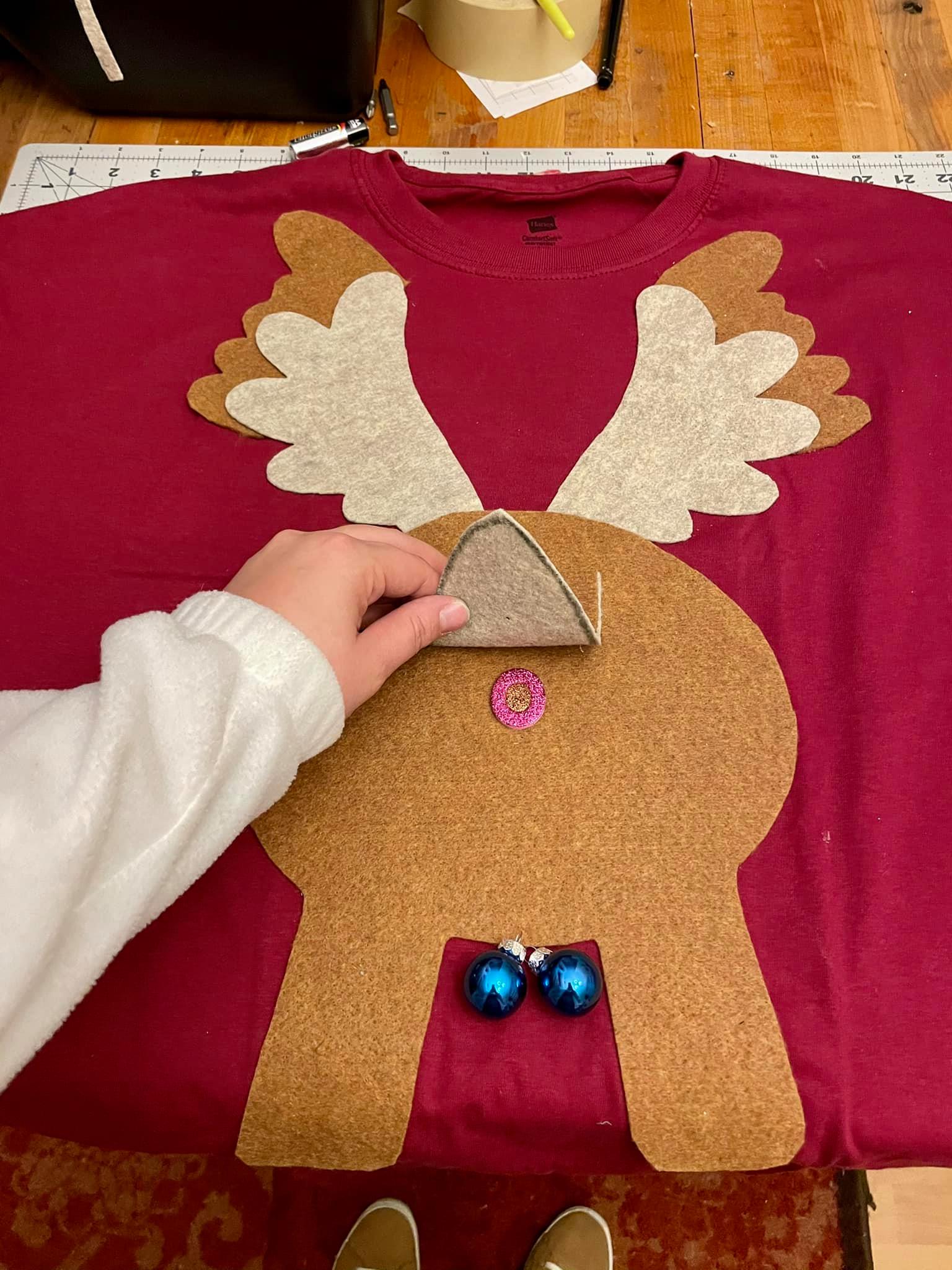 All we can say is, she strategically handstitched the letter "O" directly under the floppy tail – need we say more?

The woman shared the hilarious design in the DIY Home, Decor, & Crafts Facebook group, and said: "What do you guys think of the shirt I made MY DAD for an Ugly Sweater Christmas party?"

She received an overwhelming response with the snaps racking up over 7k likes and hundreds of comments.

While few described the jumper as "cute" (that's not the word we'd use, however), most found it to be "the best" they've ever seen.

"Fun", "perfect" and "brilliant" were also thrown around, with one person saying, "that’s freaking awesome!" 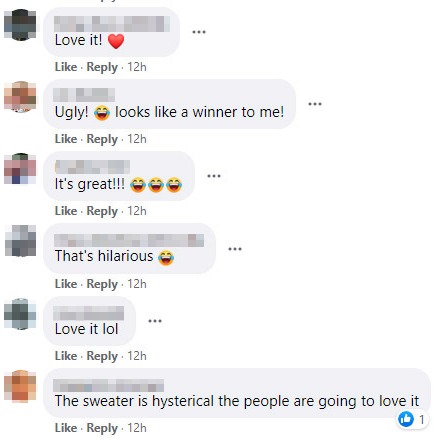 "This is going to be a hit," one person said.

And another exclaimed: "Creative PERFECTION!!"

Meanwhile, a third admitted: "I think it's the most awesome ugly sweater I've seen to date!"

In response to a few comments, the woman later added: "It was actually my mom/dads idea and I was the one who made the vision come true.

"It was not a pattern, I just freehanded the design with felt. The “b-hole” is made with a foam, glitter letter “O” and I took the center out of a gold “O” and put it in a pink one.

"Everyone feel free to make your own and I’m so glad I could put a smile on your face."

Meanwhile, a woman was in hysterics after gran accidentally buys rude Christmas jumper – but she’s not the only one rocking X-rated clothes.

We previously shared some of the funniest festive clothing fails, including a VERY rude pair of Christmas leggings.

And ASOS brutally mocked for its Christmas maternity jumper as shoppers reckon they have a VERY rude secret message.

END_OF_DOCUMENT_TOKEN_TO_BE_REPLACED

END_OF_DOCUMENT_TOKEN_TO_BE_REPLACED
We and our partners use cookies on this site to improve our service, perform analytics, personalize advertising, measure advertising performance, and remember website preferences.Ok