Didn’t think beige could be sexy? Welcome to 2019

When most people are asked to nominate power colours, they may automatically think of red, black or emerald green. But here's something tricky for this winter's mix: beige. 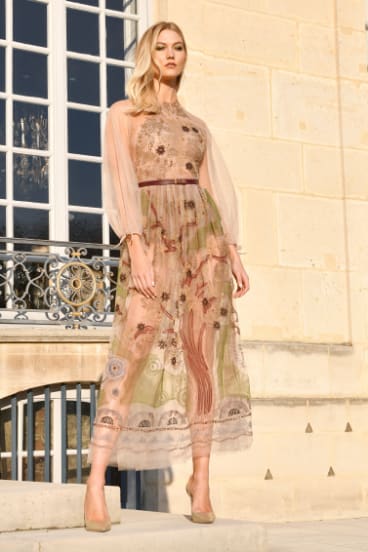 Beige, not boring … Karlie Kloss at the Dior couture show in Paris on Monday.Credit:PA

Yes, the colour of nanna's cardigans and oatmeal biscuits, the delicate hue that can so easily get lost in a crowd, is getting a power makeover.

After a summer during which commentators were at pains to extol the virtues of wearing canary yellow, being encouraged to wear beige for winter is like receiving a warm cuddle. But the problem with fashion embraces is they can lead us into complacency or a lack of imagination.

So rather than reaching for your beige default button of the wrap coat (with apologies to Max Mara, for you do make a very fine beige wrap coat), consider a new idea: making beige sexy.

It's all about balance. It's less Kardashian/Yeezy bodycon and more artful layering to create intrigue and power. Ask yourself: would US Congresswoman Alexandria Ocasio-Cortez wear this? If the answer is yes, then go forth. 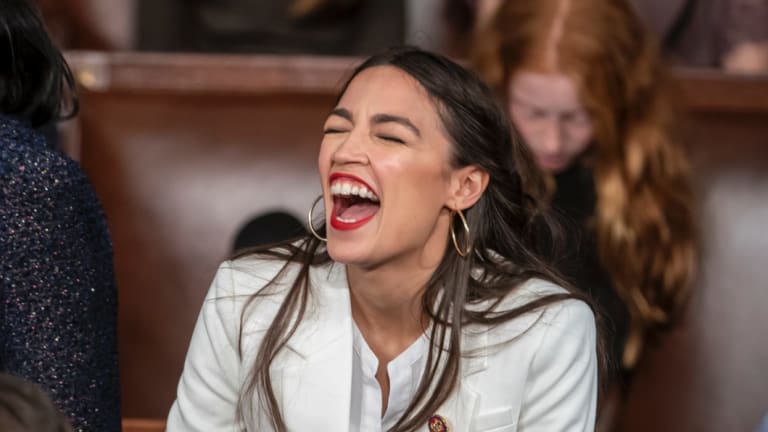 Ask yourself, would Alexandria Ocasio-Cortez wear it? Credit:AP

Bridget Veals, head of womenswear at David Jones, says mixing beige with animal print helps toughen up the hue and shake off any nanna vibes.

"[Animal print] really livens up and works with tones of beige. It can be a scarf, it can be animal boots, blouses. There is so much around," Veals said.

Animal print with beige was strong on the catwalks last season for Tom Ford, Dior, Balmain and Burberry and is already dominating shop floors at Witchery. 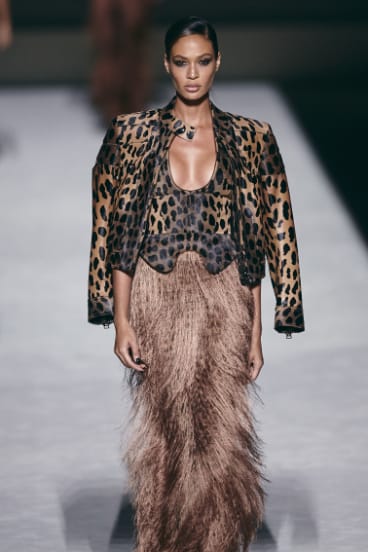 With leopard, snake and tiger all fighting to be print kings of the jungle, Veals has a novel idea: wear all three, in the one outfit if it pleases.

That leads straight into another dominant trend of the season: clashing prints. This one started during summer but will go through winter, thanks to brands such as Rixo London. The dress label, which sits nicely in the $350-ish price bracket, specialises in printed maxi dresses in a riot of stripes and spots with a dash of animal and geometry. Because why not.

And this brings us to the debate of what lasts longer, a printed or plain dress. Does a print scream too much to encourage repeat wears, or does a plain dress tire out before it wears out?

Veals says it's all about confidence and mixing up the look.

"There's always going to be prints – it's a hard one – I encourage re-wearing. Don't be scared to wear [a printed dress] to work and on the weekend … match it with a neutral jacket, wear it back with black, make it look different with accessories."

Speaking of jackets, I asked Veals what is happening with jackets, which have yo-yoed between baggy and tailored for several seasons.

She says while checks and plaids are still big, there is a strong emphasis on coloured suiting in blue and pink.

Street luxe is still a dominant trend but it's about mixing it back with tailoring: "It's just how you wear it. We're still definitely focused on logo tees, and denim has made a comeback, worn with a tailored jacket."

Since jeans with a T-shirt and jacket is pretty much my go-to uniform, I am feeling pretty smug. So maybe I'll switch that T-shirt to beige, and throw in an animal-print loafer. Winter, we're coming for you. Just not yet. 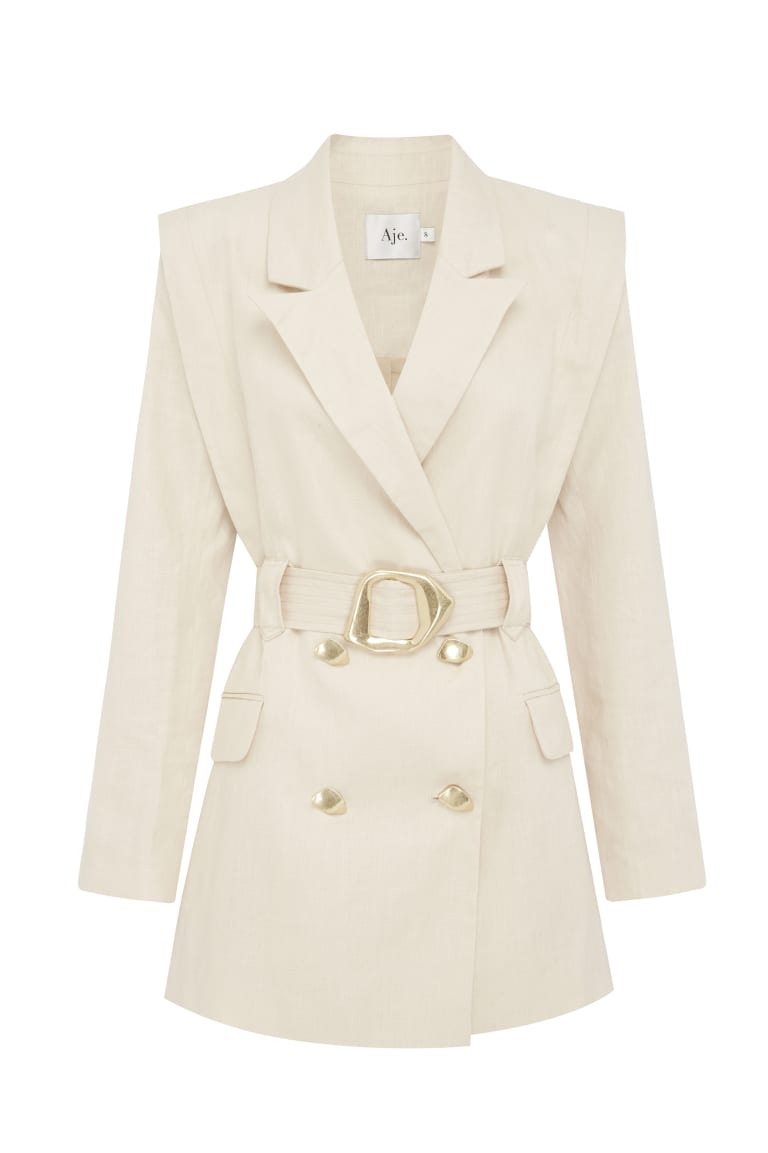 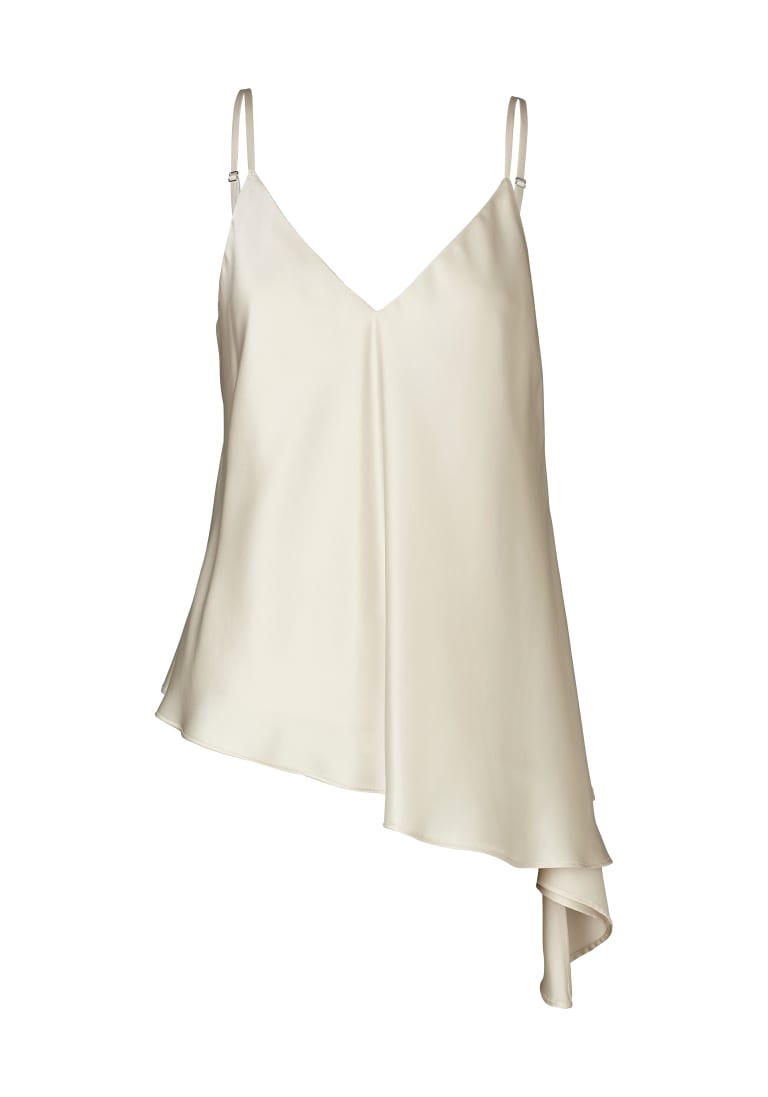 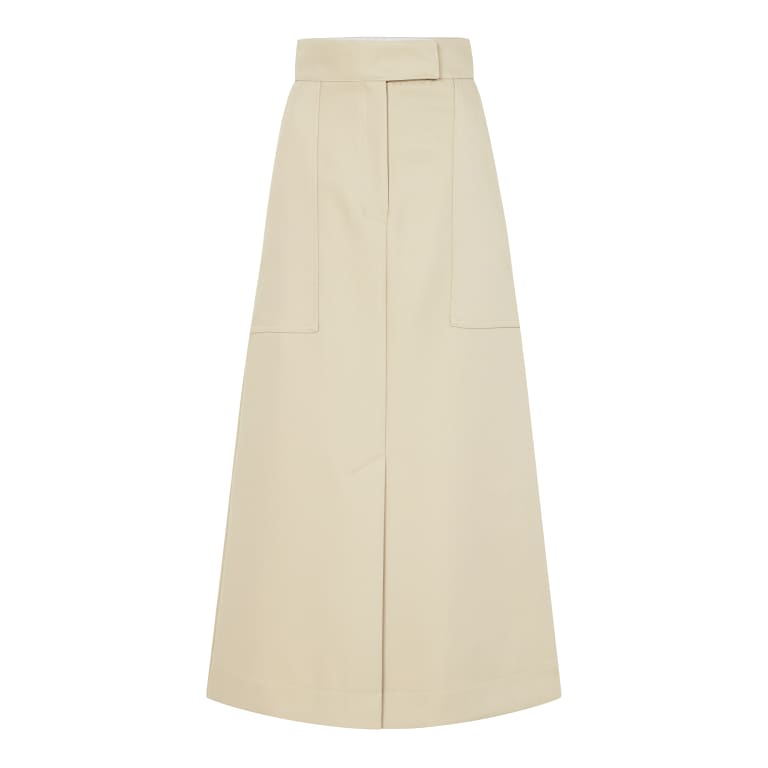 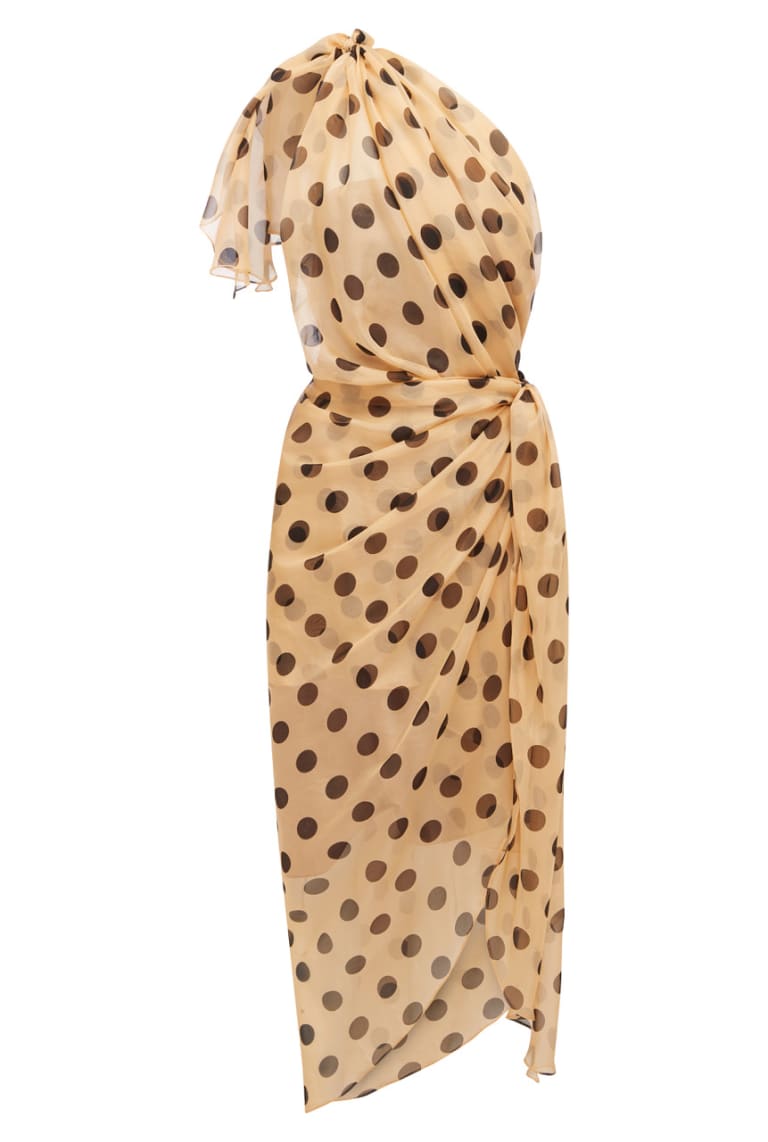 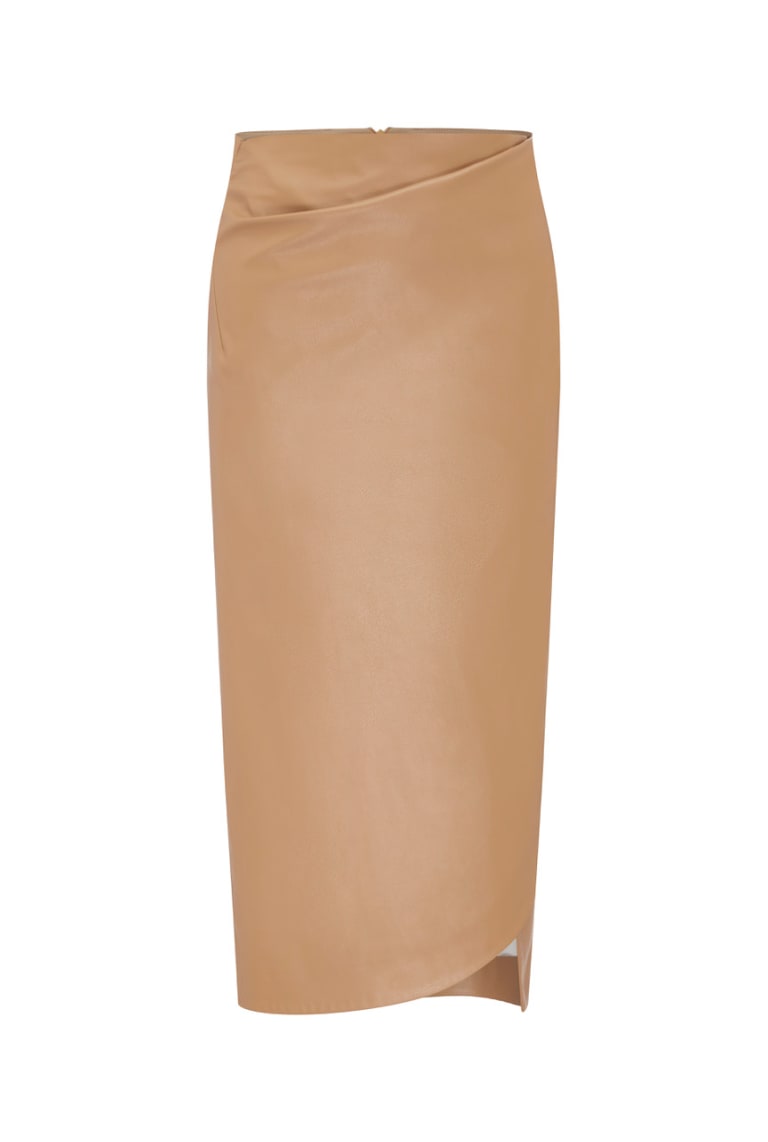 All styles available from David Jones from February 5: davidjones.com.au.