But Lanzarote – the fourth largest of the Spanish Canary Islands, around 60 miles off the shore of north Africa – is dotted with more than 300 volcanoes, hugged by 132 miles of breathtaking coastline, and has everything from lagoon-filled caves to gardens of cacti to explore. No trip to Lanza – as the locals affectionately call it – is complete without a visit to the Parque Nacional de Timanfaya.

The island’s national park, it surrounds the famous Mountains of Fire, a spectacular volcanic landscape created by six years of eruptions almost 300 years ago. 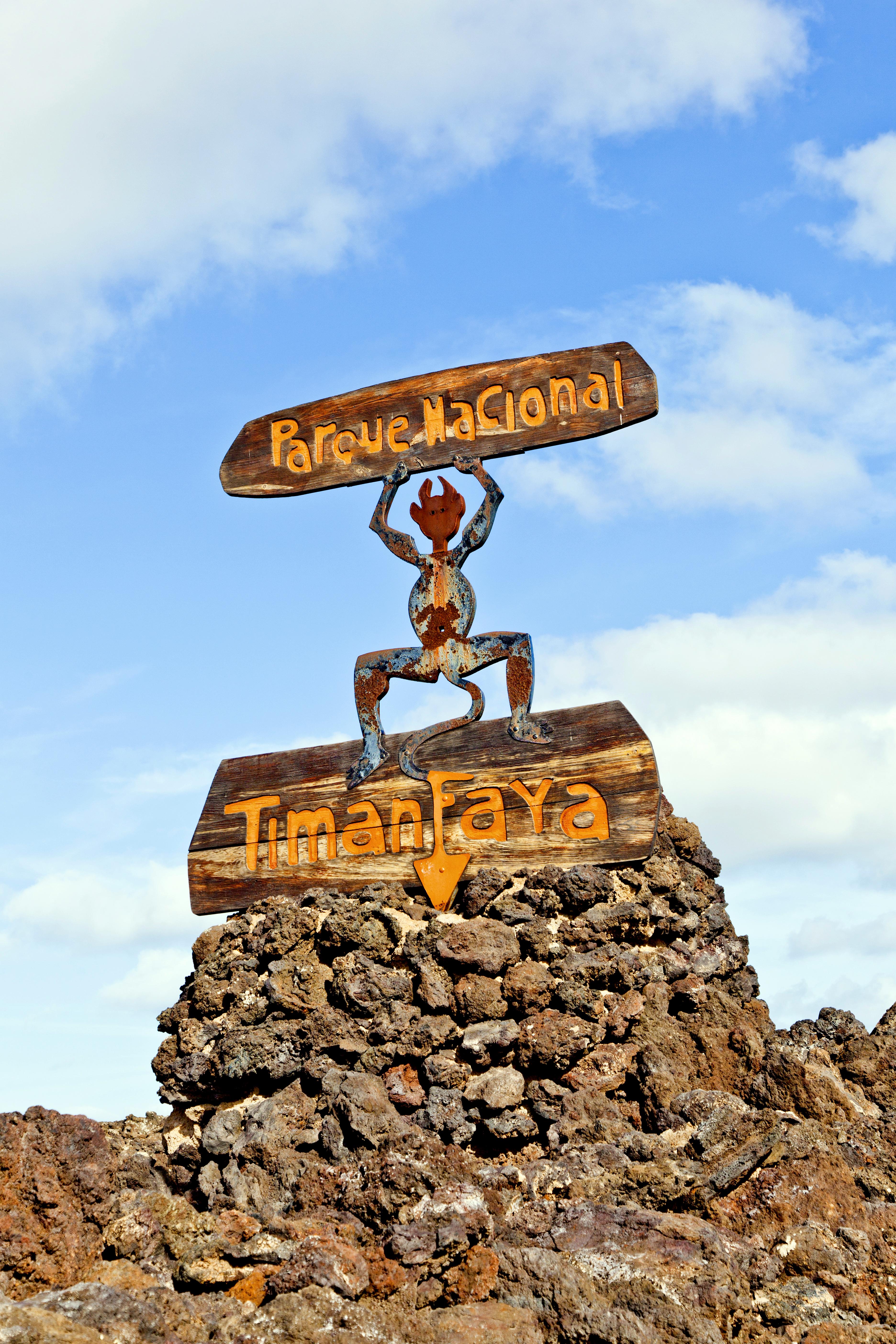 Heading to the desolate black rocks and towering red volcanoes makes you feel as though you are venturing into Mordor.

You can’t roam free (thankfully – if, like us, you also have a little Hobbit in tow) but do take a free bus trip, which snakes through the best narrow roads of the stunning lavascape.

The island is said to boast the best beaches in the Canaries, and from golden sandy shores (some created with grains imported from the Sahara!) to stretches of black volcanic sand, as well as rocky coves, it’s not hard to see why.

We first hit beautiful Papagayo – five gold-sand beaches separated by high cliffs that form tranquil bays in the south of the island. 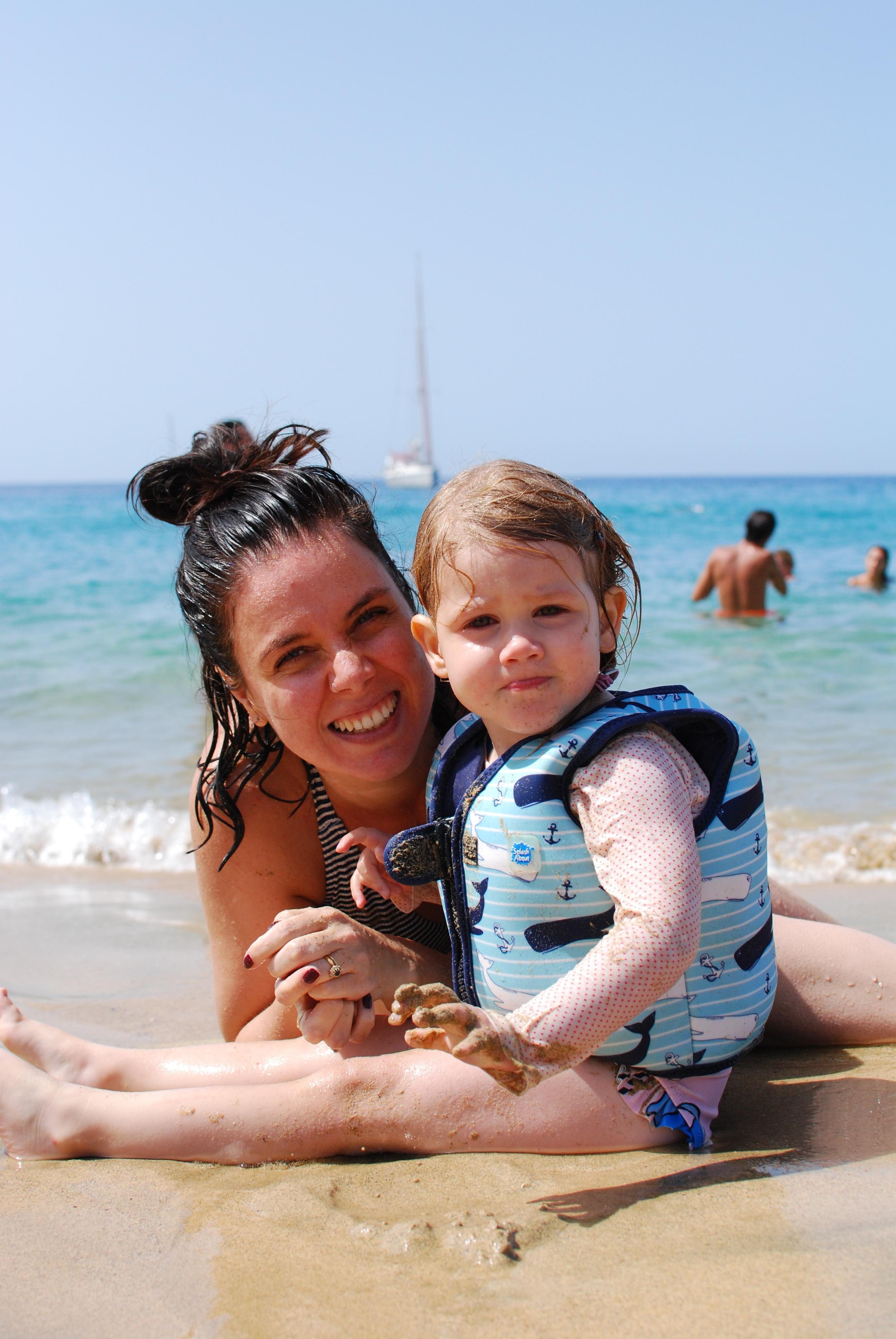 Audrey adored splashing in the calm waters and playing on the quiet beaches that never get overcrowded, even in high season.

Afterwards, we headed to the black sandy beaches of tiny seaside village El Golfo in the south of the island, which has a brilliant range of restaurants overlooking the Atlantic.

Our favourite was Bogavante, which serves delicious Canarian delicacies such as deep-fried aubergines drizzled in local honey, £8.50, and traditional Spanish cuisine including the best paella we’ve ever tasted, £30.50 for two people, and tasty, toddler-pacifying chips. Win. 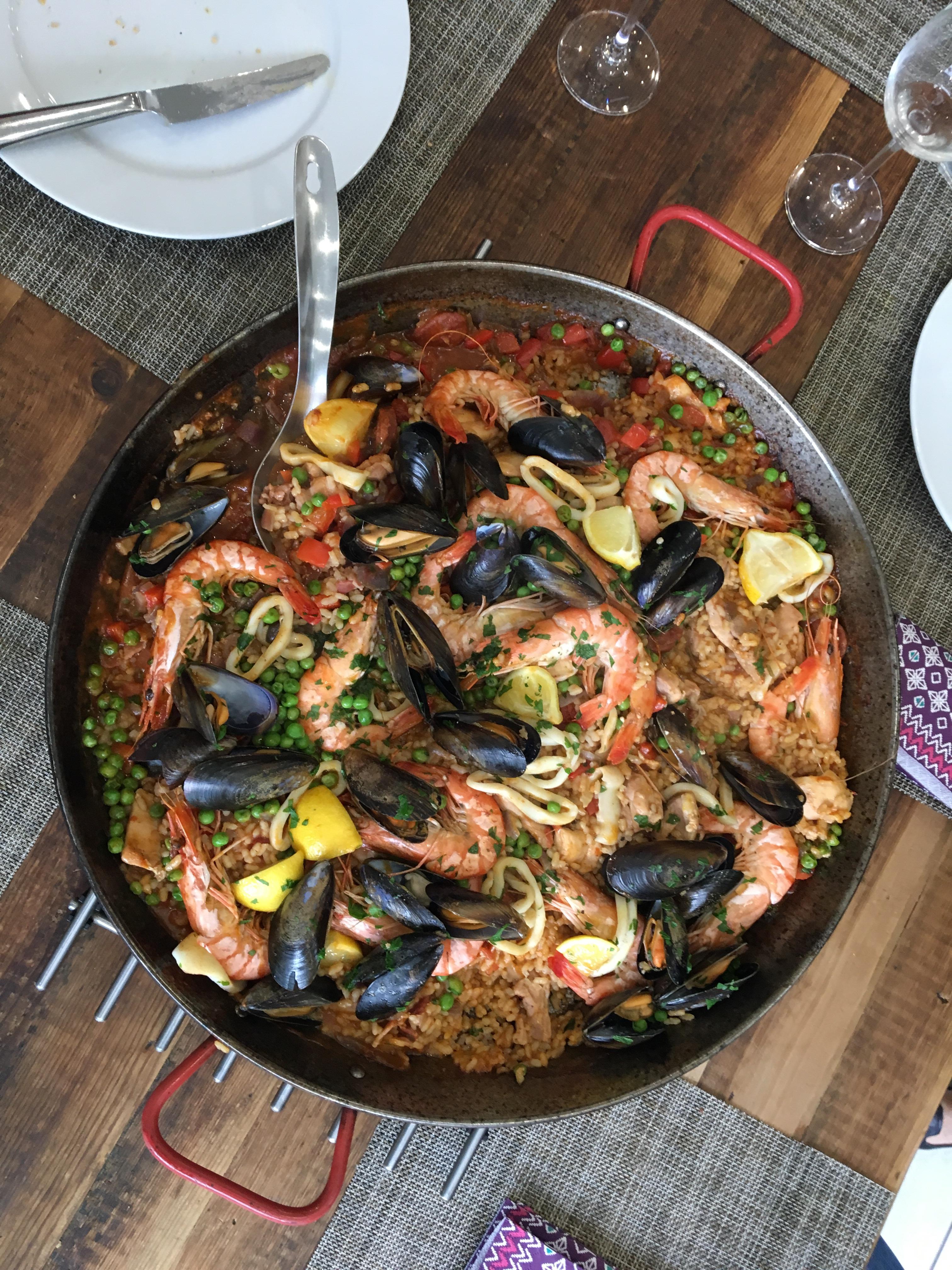 The sun in Lanza is as strong as it is in the Western Sahara, so seek shade in the depths of La Cueva de los Verdes.

This other-worldly cave was used as a hideout by locals during invasions from pirates in the 16th and 17th centuries and holds a still, crystal-clear lagoon, which we were all desperate to dive in to. 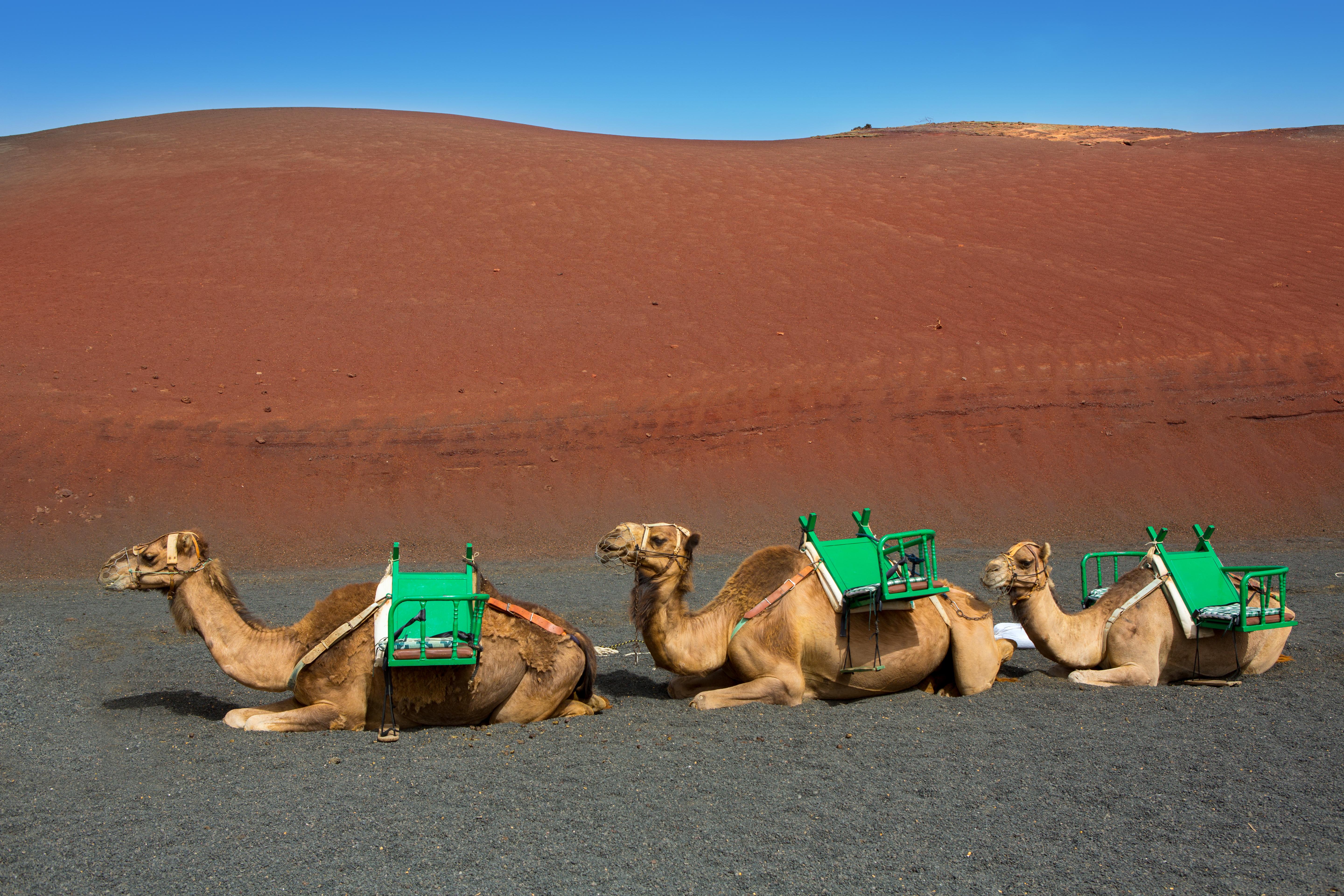 While in the north of the island, we also visited the neighbouring village of Haria, considered by locals to be Lanza’s most picturesque.

But while the village might look pure Mediterranean, its arid mountain backdrop, peppered with palm trees, instantly reminds you of how close you are to North Africa.

In fact, the island has camels aplenty if you fancy a trek!

Do not miss Jardin de Cactus in the east of the island. These gorgeous landscaped grounds have an incredible 696 specimens of the prickly plant as well as a miniature waterfall, pretty fish ponds and a 19th-century windmill, which still makes cornmeal used on the island.

We spent hours taking in the spiny flora in the garden, which was designed by famous Lanzarote-born artist César Manrique – even if a large chunk of that time was spent chasing after our toddler, shouting: “Don’t touch; spiky!”

There’s also a lovely cafe on the upper level, which has a stellar view over the grounds and of the island’s volcanic skyline, where you can even sample a cactus burger (made from actual cactus, obvs).

As a family of three we opted for a junior suite that had a sink-into double and a cosy pop-up bed for Audrey, but the generous family rooms sleep two adults and two children.

We could barely get our daughter out of the hotel’s four pools, including a kids’ pool and babies’ splash area, and older children will love the mini golf course and kids’ club for ages 4-12, which runs six days a week.

We were on the all-inclusive option, and Audrey happily tucked into the vast breakfast, lunch and dinner buffet of fresh food, offering everything from tasty Canarian cuisine to English classics, plus there’s a staggering array of desserts on offer.

She also had a ball at the nightly kids’ disco, which meant we could enjoy a cocktail from the sidelines until it mercifully ended at the stroke of bedtime.

Prestige Holidays offers seven nights half-board at Los Jameos Playa, including return flights from the UK and private transfers, from £1,189 per adult and £389 per child aged 3-12 (Prestigeholidays.co.uk)