Home » Fashion » Do You Know Where Your Watch’s Gold Came From? 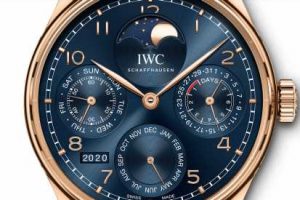 A mechanical timepiece is powered by clean kinetic energy and can run, at least theoretically, forever and a day.

To support that image of inherent sustainability, many Swiss watchmakers over the past decade have partnered with conservation groups, implemented energy-saving measures at their factories and, more recently, experimented with recycled materials for things like packaging and straps.

When it comes to the gold and gemstones used to make watches, however, the industry lags behind other sectors such as electronics in understanding and communicating how its materials are obtained and ensuring their extraction has not harmed people and the environment.

“We always compare the watch industry here in Switzerland to the textile industry 20 years ago,” said Dario Grünenfelder, a consultant to WWF Switzerland and lead author of the WWF Watch and Jewellery Report 2018. “They’re not really tackling the big issues: the raw materials that go into their products.”

In the two years since WWF published its report — which ranked 15 Swiss watch companies, including Audemars Piguet, TAG Heuer and Piaget, on an environmental scorecard and found that most were “unable to demonstrate where their raw materials come from, or that they are unwilling to communicate on the matter” — it’s unclear if anything has changed, especially with regard to the complicated topic of gold sourcing.

Gold mining practices have been linked to child labor, mercury pollution and other human rights and environmental abuses, but tracking the raw mineral through the supply chain can be difficult. Most gold is refined at large plants (60 percent to 70 percent of the total supply passes through Switzerland for refining, according to WWF). Unless gold from a particular source has been segregated before melting, it is typically mixed with other sources, making it impossible to identify origin.

And with gold hovering at historic highs — in August, the price exceeded $2,000 an ounce for the first time — a rush on mining is all but guaranteed.

Of the 13 high-profile Swiss watch brands contacted for this story, including Omega, Rolex and Patek Philippe, none would identify the origins of their gold. Ulysse Nardin — whose owner, Kering, has heavily promoted its sustainability efforts — said its immediate focus is on finding ways to use upcycled materials in its watches.

Only four — Bulgari, IWC, Chopard and Jaeger-LeCoultre — made their chief executives available to answer questions. And only IWC’s chief executive, Christoph Grainger-Herr, disclosed any details: The brand uses slightly less than a ton of gold each year and obtains it from a single refiner, Varinor, based in Switzerland.

“Clearly, this is one of those continuous improvement journeys,” Mr. Grainger-Herr said on a video call in early November.

He cited the brand’s 2018 sustainability report, which outlines its commitment to responsible sourcing. “We started many years ago to be conscious of our impact,” he said. “If you are selling highly emotional and inessential products at a premium price point, it’s only fair that consumers should be able to feel good about the product they’re wearing.”

Both IWC and its owner, the Swiss luxury group Compagnie Financière Richemont, are members of the Responsible Jewellery Council, a London-based organization founded in 2005 by 14 leading jewelry companies, including Cartier, Signet and Tiffany & Co., to create a responsible worldwide supply chain for the diamond and jewelry industry. 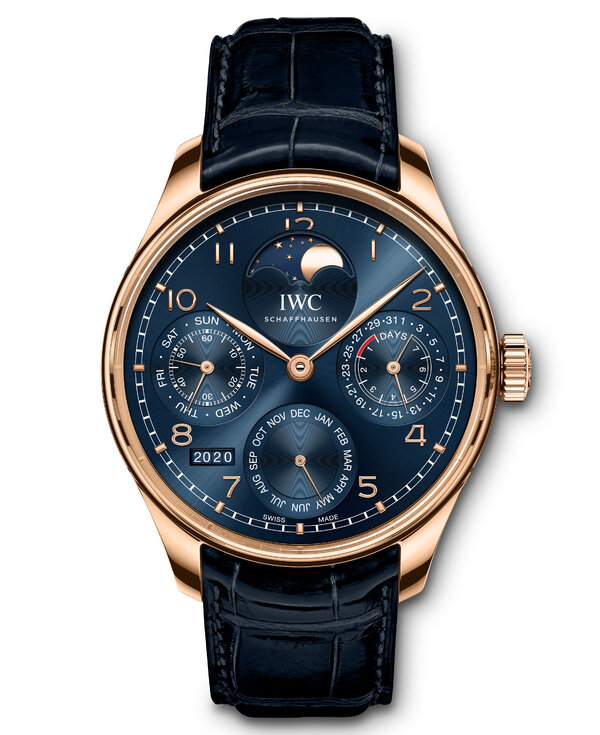 With nearly 1,300 members, including four of the world’s largest gold refiners — Valcambi, PAMP, Argor-Heraeus and Metalor, all based in Switzerland — the council is the jewelry and watch industry’s apex body on sustainability. In 2019, it updated its code of practices to align with the due diligence guidelines for the minerals supply chain that were established in 2011 by the Organization for Economic Co-operation and Development (O.E.C.D.). Those guidelines are widely considered the prevailing international standard for companies that seek to respect human rights and to avoid contributing to conflict through their mineral purchases.

Iris Van der Veken, the council’s executive director, said Switzerland was among the five countries with the most council members, and that the Fondation de la Haute Horlogerie, a Geneva-based trade group that promotes fine watchmaking, had been an associate member since 2018.

“Companies with RJC certification have built stronger management systems,” she said. “Getting certified has made them think about their supply chains and how to evolve. We are definitely progressing.”

Yet some activists say council certification is not enough. Juliane Kippenberg, a Berlin-based expert on mineral supply chains at Human Rights Watch, said the council had made important strides in addressing vulnerabilities in the jewelry and watch supply chain, but its standards should be more rigorous and its audits lacked transparency.

“Oftentimes it’s a tick-box exercise where an auditor is brought in to check management systems and information, but it’s so superficial that you can’t expect the process to generate really meaningful information about human rights risks,” Ms. Kippenberg said.

On Nov. 24, Human Rights Watch is scheduled to update its 2018 report, “The Hidden Cost of Jewelry,” which looked at 13 jewelry and watch companies, including Bulgari, Cartier, Chopard, Harry Winston and Rolex. It concluded that, despite signs of promise — Cartier and Chopard, for example, “have chain of custody for a fraction of their gold supply” — most fall short of meeting international standards.

“While some companies are actively working to identify and address human rights risks in their supply chains, others rely simply on the assurances of their suppliers that their gold and diamonds are free of human rights abuses, without rigorously verifying these claims,” the 2018 report said. “Some have made no commitments to responsible sourcing at all. Almost none can identify the specific mines where all of their gold and diamonds originate. Few provide comprehensive public reports on their efforts to responsibly source gold and diamonds.”

There is a culture of secrecy in Swiss watchmaking, a tight-lipped discretion that has developed over centuries and may help explain many brands’ refusal to reveal details about their components.

“If you give the amount of gold, your competitor might calculate how many cases you are producing in precious metals and might know how many watches you sell,” said Oliver R. Müller, founder of LuxeConsult, a watchmaking consultancy based in Aubonne, Switzerland.

For many well-known brands, the fact that their gold comes from council-certified refiners like the big four Swiss companies (all of whom also appear on the London Bullion Market Association’s Good Delivery List, another standard qualifying a company’s sourcing) is enough to absolve them of the need for further due diligence, Ms. Kippenberg said.

But sustainability experts maintain that full traceability of all raw materials should be every brand’s ultimate goal.

“While the big Swiss refiners have robust systems in place, they still don’t disclose where they’re buying gold from,” said Christina T. Miller, a sustainable jewelry consultant based in College Corner, Ohio.

The onus, she said, was on watchmakers to ask questions of their suppliers, and demand answers, so they could perform the necessary due diligence.

“There is ever more pressure to disclose what you know about your supply chain, and that pressure is coming from consumers,” Ms. Miller said. “It’s also coming from governments.”

On Nov. 29, Swiss voters are to accept or reject the Responsible Business Initiative, a proposal by a civil society coalition that would require Swiss companies to conduct due diligence on human rights and environmental risks throughout their supply chains, according to O.E.C.D. guidelines.

They also would have to assume liability for damages committed abroad by members of the corporate group, unless the parent company can demonstrate appropriate due diligence.

The initiative faces opposition from the watch trade.

In a Nov. 5 statement posted to its site, the Federation of the Swiss Watch Industry urged its members to reject the initiative, citing its economic risks. Instead, it continued, members should support a counterproposal from the Swiss Parliament “that makes Switzerland a model state.”

“Companies will have to examine all risks and ensure the traceability of their supply chain,” the statement said. “Their reports will be made public and must be available for 10 years. They will be reviewed by an independent auditor.” It also said fines of as much as 100,000 Swiss francs ($109,245) could be levied for false statements.

Switzerland already is home to numerous organizations dedicated to improving the working and living conditions of the world’s gold miners.

Founded in 2013, the Swiss Better Gold Association, which counts Audemars Piguet, Cartier, Chopard, Richemont and Switzerland’s major gold refiners as members, works to promote responsible gold from artisanal and small-scale miners. They are estimated to produce 20 percent of the world’s gold, yet account for an estimated 80 percent of its gold mining work force, said Diana Culillas, the association’s secretary general.

Chopard is the only major jewelry company that has made ethical gold sourcing from artisanal and small-scale miners a cornerstone of its business and communications strategy.

In 2013, Karl-Friedrich and Caroline Scheufele, the company’s co-presidents (and siblings), partnered with the Alliance For Responsible Mining, a Colombian organization that administers the Fairmined assurance label. And in 2018, the brand announced it would only use ethical gold in its jewelry and watches.

Mr. Scheufele said that security concerns kept him from disclosing the house’s gold consumption. “However, we can share that the gold we use comes from two sources,” he wrote in an email. “One source is certified artisanal mines in Peru and Colombia, with the second source being recycled gold we buy from Swiss RJC-certified refineries that come with a chain-of-custody transfer document stating that the sources have been verified.

“Besides the certifications that we strictly request when we buy gold, we always verify the information with our refiners and conduct on-site visits of the mines we are sourcing from,” he wrote.

By the end of this year, Mr. Scheufele said, Chopard will update the sustainability page on its website “to increase the transparency on the measures we are taking in raw material sourcing.”

In contrast, Rolex, the world’s biggest watch brand by sales — which is thought by observers to manufacture around one million timepieces each year, and to operate its own gold refinery — is notably absent from the conversation.

Run by a private foundation, the company rarely responds to media queries and did not reply to two requests for information about its gold sourcing.

“All we can do as an NGO or member of the public is think there’s something wrong with your supply chain because you’re not talking about it,” said Mr. Grünenfelder of the WWF.

He said what he found most interesting about the Swiss watch business was that it was set up as a model of the circular economy — “Everything they built was made to be repaired and produced to last generations” — but with increased competition from smartwatches and fashion watches, the industry actually had shifted to less sustainable practices.

At IWC, Mr. Grainger-Herr said he was determined to dispel that impression by ensuring the sourcing that happened behind the scenes complemented the “little piece of eternity” represented by its products.

“When you look at our perpetual calendar, it runs 499 years and after that it needs a minor adjustment and will run another 500 years,” he said. “Our long-term promise to our clients is that this is not a facade.”

END_OF_DOCUMENT_TOKEN_TO_BE_REPLACED

END_OF_DOCUMENT_TOKEN_TO_BE_REPLACED
We and our partners use cookies on this site to improve our service, perform analytics, personalize advertising, measure advertising performance, and remember website preferences.Ok