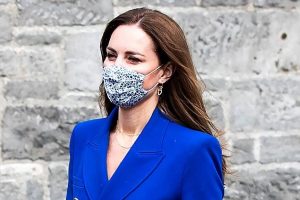 Duchess Kate is known for taking a style cue from Princess Diana, but her most recent look took more than mere inspiration — it’s simply identical to one her late mother-in-law wore in 1992.

Duchess Kate’s Houndstooth Coat Dress May Be Her Chicest Yet: Pic

On Monday, May 24, the Duchess of Cambridge stepped out in Scotland with Prince William to visit Turning Point, a social care charity, in an all-blue outfit that looks exactly the same as one Princess Diana wore during a visit to The Queen’s Medical Center in Nottingham 29 years earlier. 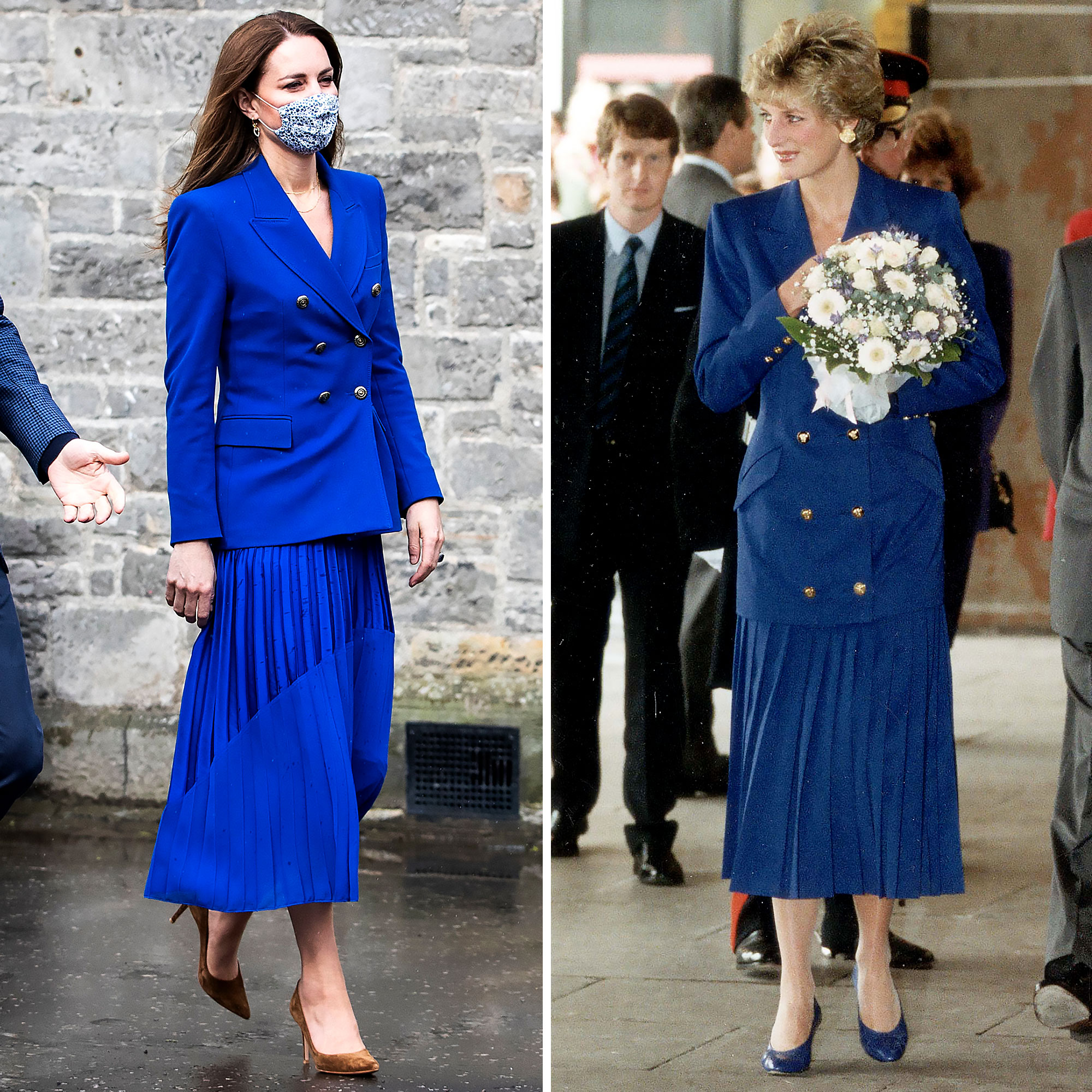 The duchess, who has been in Scotland since Friday, seemingly took into account the color of Scotland’s national flag when picking out her royal blue ensemble.

She wore a double-breasted blazer from Zara, which she previously wore in early May 2021 in a YouTube video. She paired the jacket with a new pleated skirt from UK-based brand Hope Fashion, that retails for approximately $130. The midi-length skirt is currently available for pre-order on the brand’s website.

When it came to accessories, the royal stuck with nudes, including a Gianvito Rossi suede pump. She also rewore her Métier London bag, which retails for $1,170. Duchess Kate previously wore the purse in December during the Royal Train Tour.

It’s hard to deny that the inspiration for the look came from Princess Diana’s 1992 appearance. The only difference between the two ensembles is the shoe choice. The late Princess of Wales wore blue pumps.

The matchy-matchy moment also has a bit of significance, as Scotland holds a special place in Prince William’s heart — it’s where he found out his mother had died.

“I was in Balmoral when I was told that my mother had died,” the Duke of Cambridge, 38, said at the General Assembly of the Church of Scotland on Saturday, May 22.

He continued: “Still in shock, I found sanctuary in the service at Crathie Kirk that very morning, and in the dark days of grief that followed, I found comfort and solace in the Scottish outdoors. As a result, the connection I feel to Scotland will forever run deep.”

While his time Scotland was filled with grief, it is also the place he met Duchess Kate. The pair met at the University of St. Andrews, which is in the southern part of the country.

“Alongside this painful memory is one of great joy. Because it was here in Scotland — 20 years ago this year — that I first met Catherine,” he added.