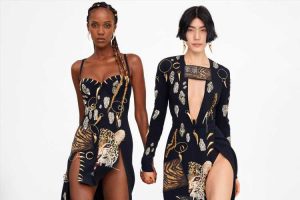 MILAN — Designer Roberto Cavalli in his heyday was “popular, pop, just like Coca-Cola and Marilyn Monroe,” according to Fausto Puglisi. “His imagery didn’t need any translation, people reacted to it immediately, whatever their social status or latitude — you could love it or hate it, but it was powerful and captivating.”

Appointed creative consultant last October, Puglisi brings to the brand his own set of powerful and bold designs, developed first for his namesake label launched in 2010 and then for Emanuel Ungaro in the 2013 to 2017 period.

Puglisi said during a Zoom call ahead of the launch of his first collection for Cavalli, bowing for fall 2021, that he has relied on his own personal experience living in the U.S. from 1998 to 2006 — a period he described as “the golden years” for the brand in that region. “The U.S. was Cavalli’s main market at the time, Sarah Jessica Parker would slip in his name now and again in ‘Sex and the City’ and America is still the brand’s main market online,” said Puglisi, who has a strong affection for the country, which he describes as “an extraordinary mix of cultures, the center of the world in terms of cultural experimentation and movements that overturn global lifestyles.”

While mindful of those glamorous years, Puglisi is also keenly aware of the current scenario, with refugees fleeing Syria, the Black Lives Matter movement catching the attention of the world, and the impact of the COVID-19 pandemic.

“I love this job and I respect the house of Cavalli, but I tried to understand the brand according to my own sensibility. I have a high political awareness and I respect the situation the world is in today and all that is going on. I am adding my own point of view to the brand, I don’t want to simply rely on the archives for inspiration.”

Puglisi also delved into the brand’s “exceptional” archives in Florence and was intrigued by “the early days in Cavalli’s history, a moment that not many people may remember. He experimented with fabrics, he had his own printing plant and his denim from the 1970s was incredible — the decors, the hippy vibes, the references to America, from California to Texas. I found them new and timeless.” To be sure, Cavalli was known for his printed knitwear and leather and a trail-blazing approach to denim via special treatments, embroideries and a stretch connotation.

Puglisi did meet the namesake founder of the company once in his villa in Florence. “I loved how he was larger than life, he loves life, he is curious and full of ideas. I certainly would never have imagined to be tapped for this role.”

Puglisi with this collection wanted to celebrate women and the right to be sexy “without objectifying them. Thankfully, women are intelligent and can choose, it’s not the designer who says what they should wear,” he observed. “I have always worked on the concept of inclusivity, independent of color and sex, even when it was not fashionable,” Puglisi added. “I love Miami because of the total freedom it allows.” 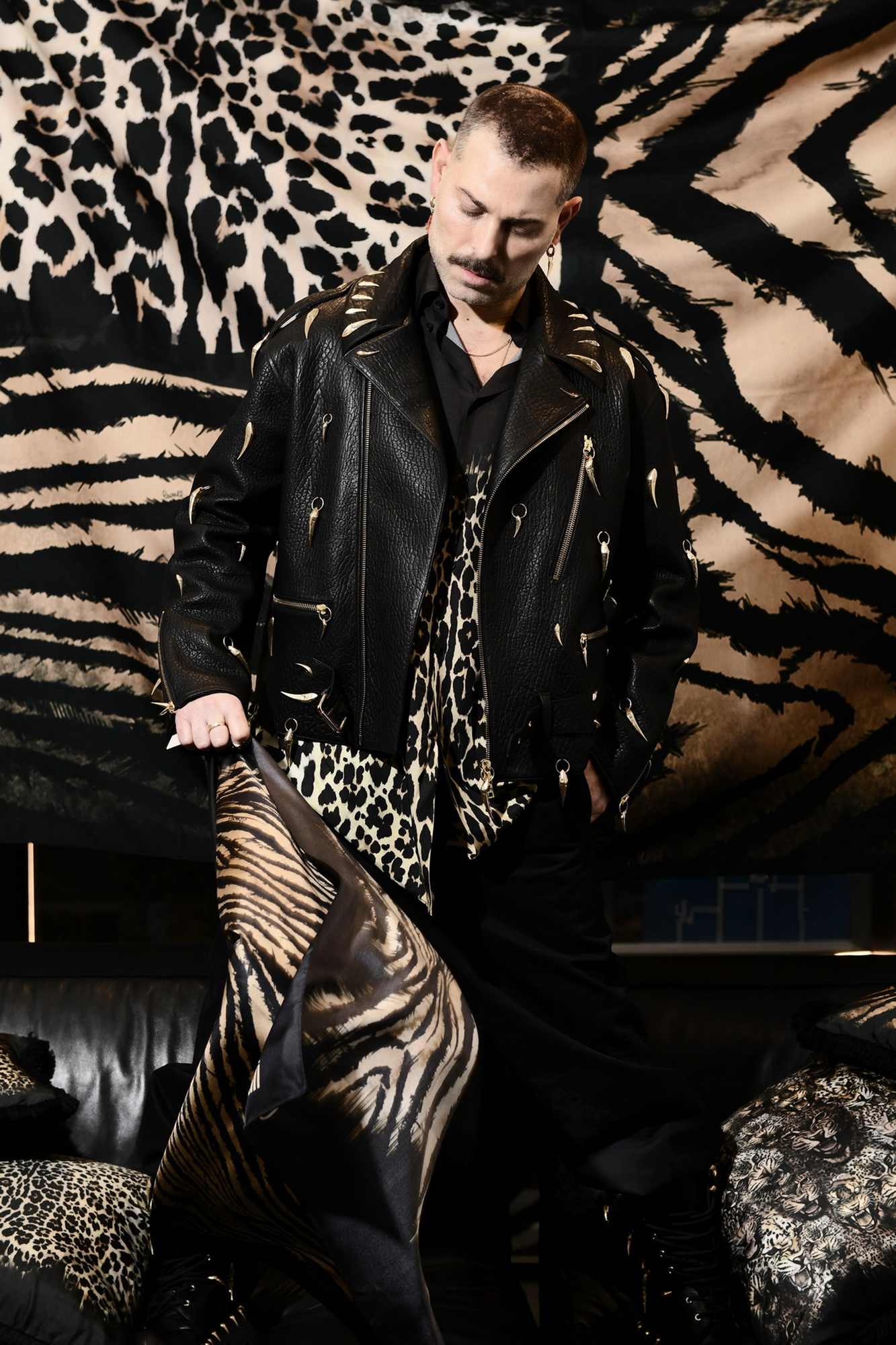 Puglisi photographed the collection modeled by a diverse and inclusive cast for the look book, but will not be staging a show during Milan Fashion Week. “I didn’t want the first show for the brand to be with no public. Cavalli is about a community of people, it’s like Beyoncé or Madonna holding a first concert with no public.”

Puglisi did not shy away from revisiting Cavalli’s signature animal prints, while offering his own take on long ’50s skirts or dresses with deep slits. “Everyone is doing animal prints, but it’s iconic Cavalli, so let’s take it back.” However, he opted for earthy tones, from nude and ivory to caramel and chocolate, staying away from flashy colors, which he believes are “exaggerated at the moment.”

The coed collection, with some kids’ looks,  also comprises puffer jackets — a first for Puglisi — sweatshirts, oversized quilted capes and casual pants with a streetwear vibe. Trenchcoats are sharply tailored. A fitted blazer is paired with a full circle skirt.

Nodding to the American flag, Puglisi recreated its pattern with zebra prints instead of the stripes and leopard spots in place of the stars for the U.S. of Cavalli statement, a “universal flag wrapping together citizens of all cultures,” he said.

Gone is the bohemian attitude of a former Cavalli designer, Peter Dundas. Puglisi’s woman is all fired up.

In men’s wear, denim is treated with airbrushed textures and has a worn-out “garage kid” vibe, said Puglisi, and patched leather biker jackets are worn over animalier oversized boxy shirts, hoodies and sweatpants.