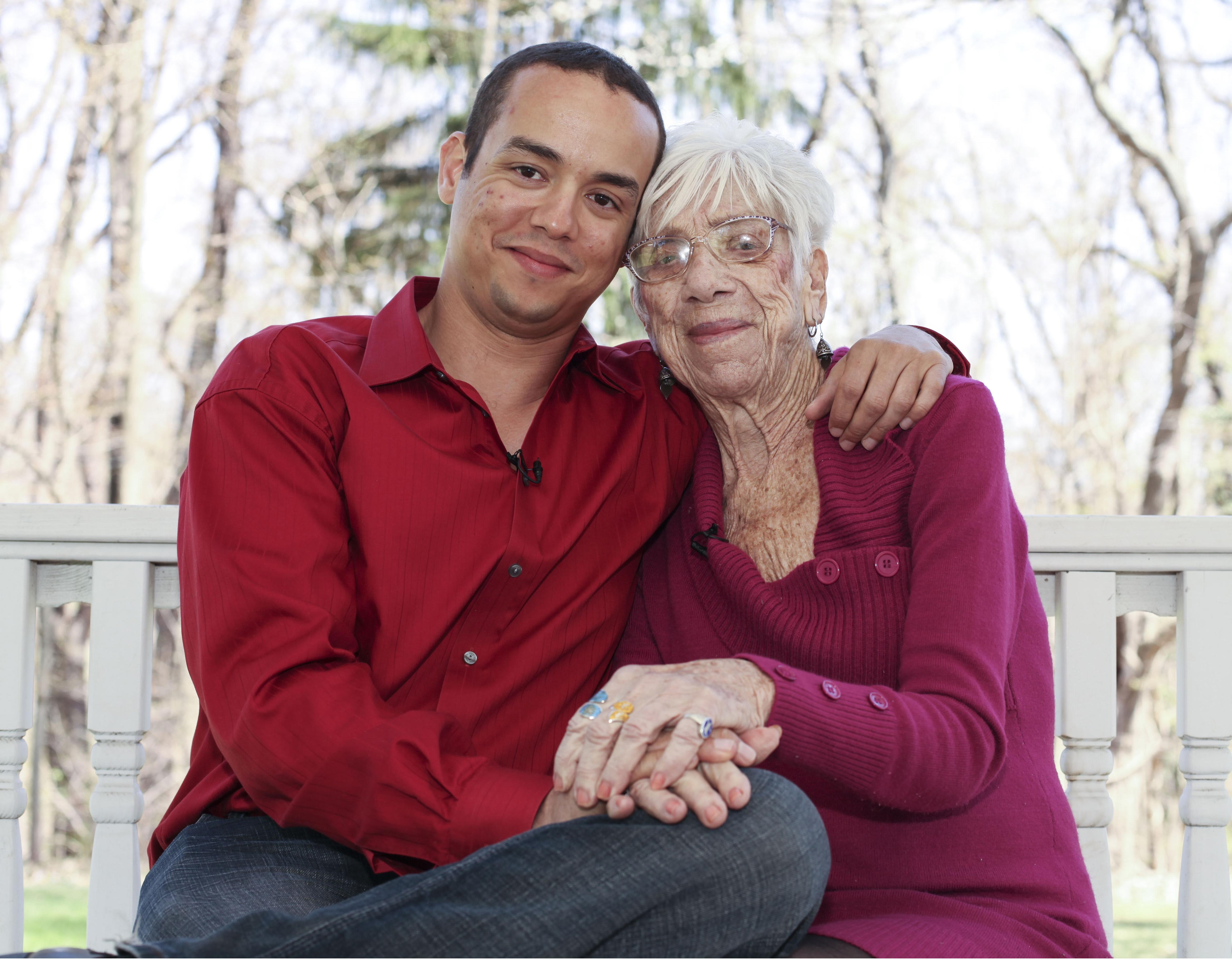 The great-granny has gushed about their “wonderful” sex life on Extreme Love, a new reality show that showcases the world’s weirdest fetishes.

And, in case you’re wondering, the couple have a rampant sex life, and a good one at that.

“The physical side of a relationship is wonderful. I amaze myself, he amazes me and I like it. There’s nothing better. 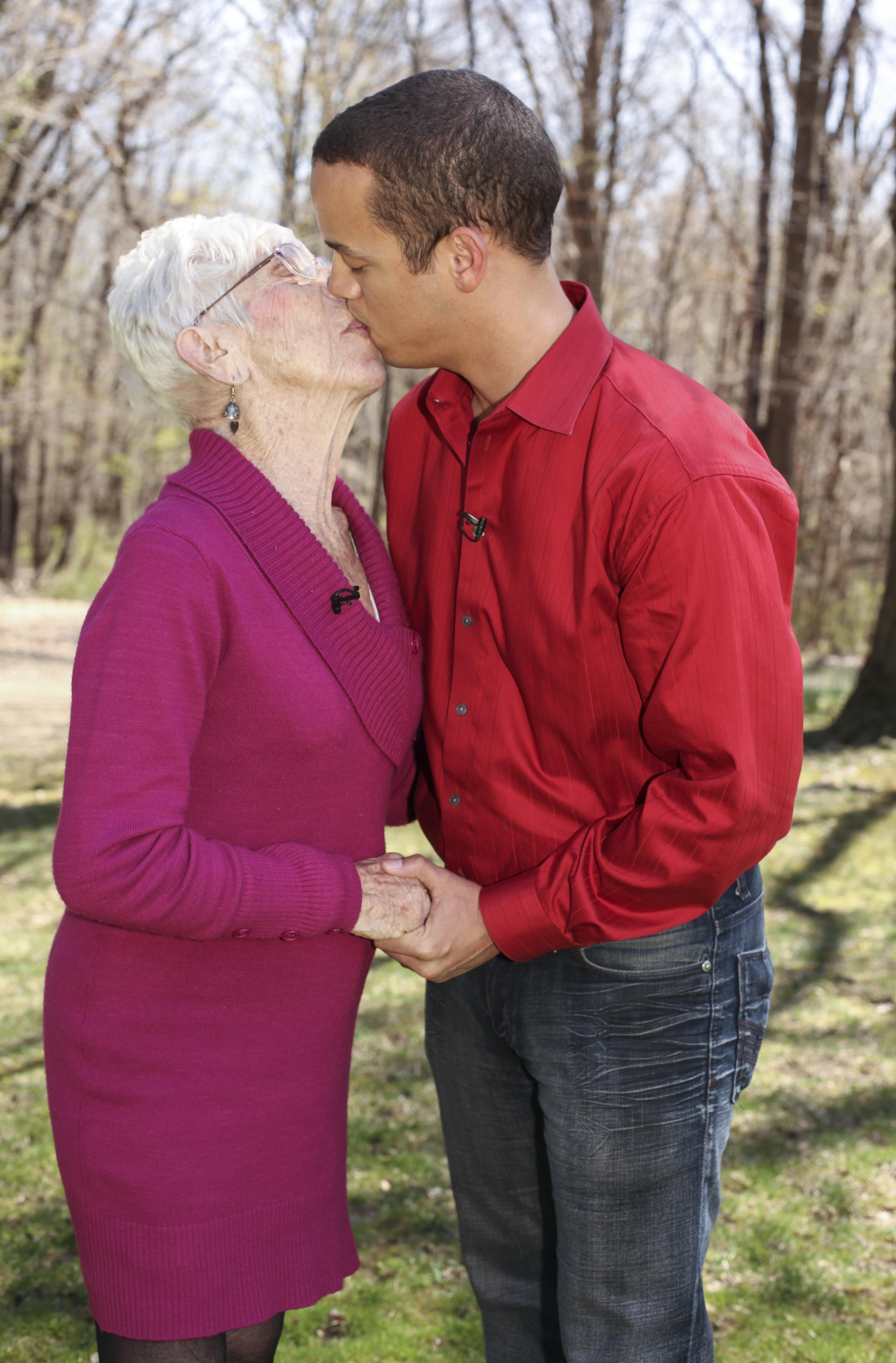 “It’s very flattering to have such a younger guy chase you, and he was very nice. I sometimes feel he’s like a son, until we hop into bed and then I feel different.”

Marjorie first met baby-faced Kyle in 2009. She said: “He came in where I work to buy something and obtained my phone number, gave me his and then every day we talked on the phone until we went out.”

Kyle first realised he had a thing for the older ladies when he was just 12.

He said: “Everyone is wired their own way. Some people are wired towards blondes, brunettes, big women, skinny women, various ethnicities… I’m wired towards older women.” 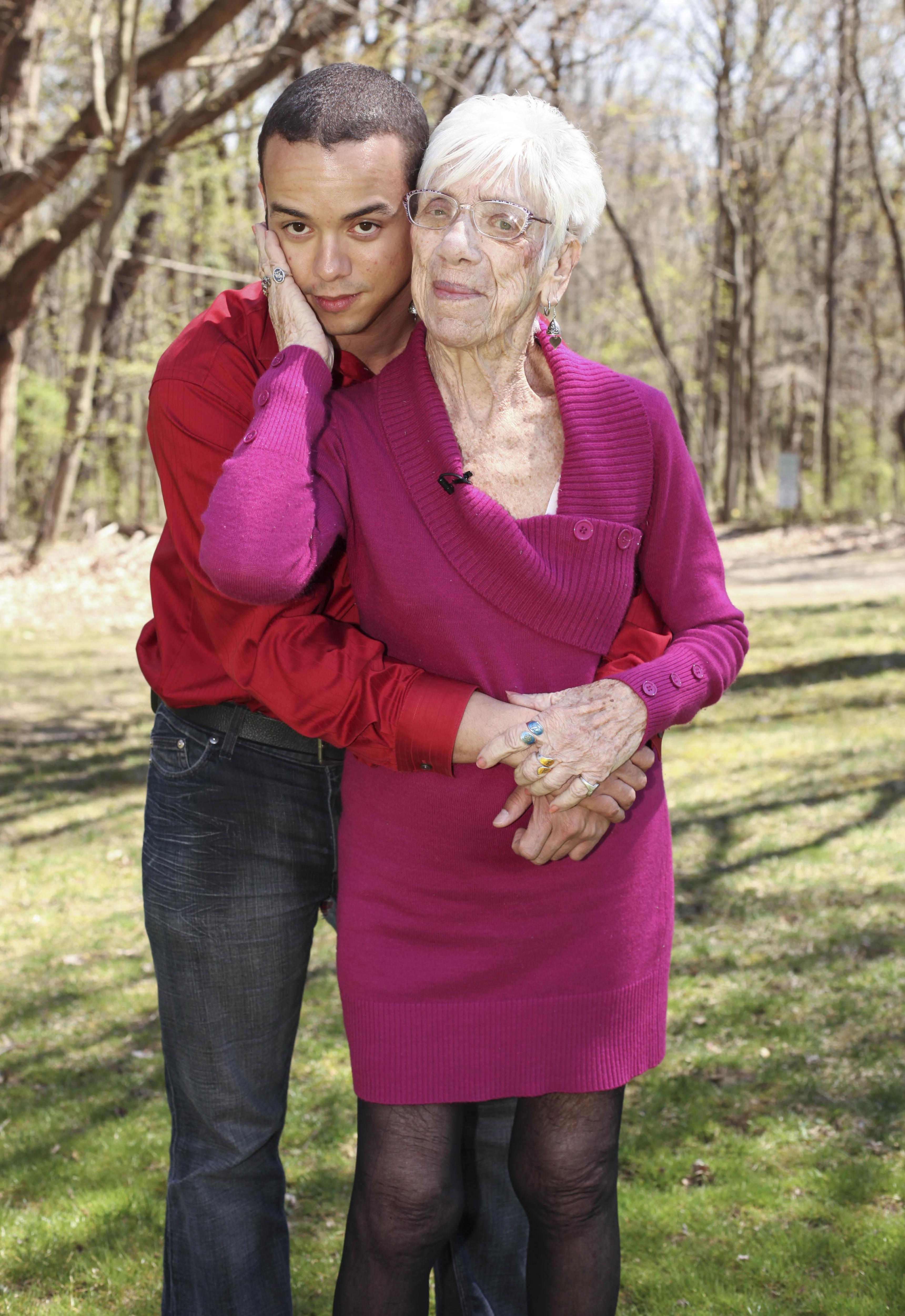 He regularly romances grandmas in their 70s, 80s or even 90s. “People don’t like to think of their parents or grandparents having sex, thinking they just don’t do that, yes they do – and some of them have with me,” he said.

“Women worry about their boobs sagging but I think the natural hang looks great. I don’t like to say grey, I’m a fan of platinum hair.”

Kyle isn’t monogamous and enjoys dating several women at the same time. “I have encountered people who are critical of what I do. The most common is that I’m a vulture, I’m after money or inheritance. I hear that all the time. It’s not true. I do this because I like it.”

Surprisingly, his mum Ceceila Jones supports his choices. She said: “The first Kyle brought home a girlfriend, he was 22 and she was 50. 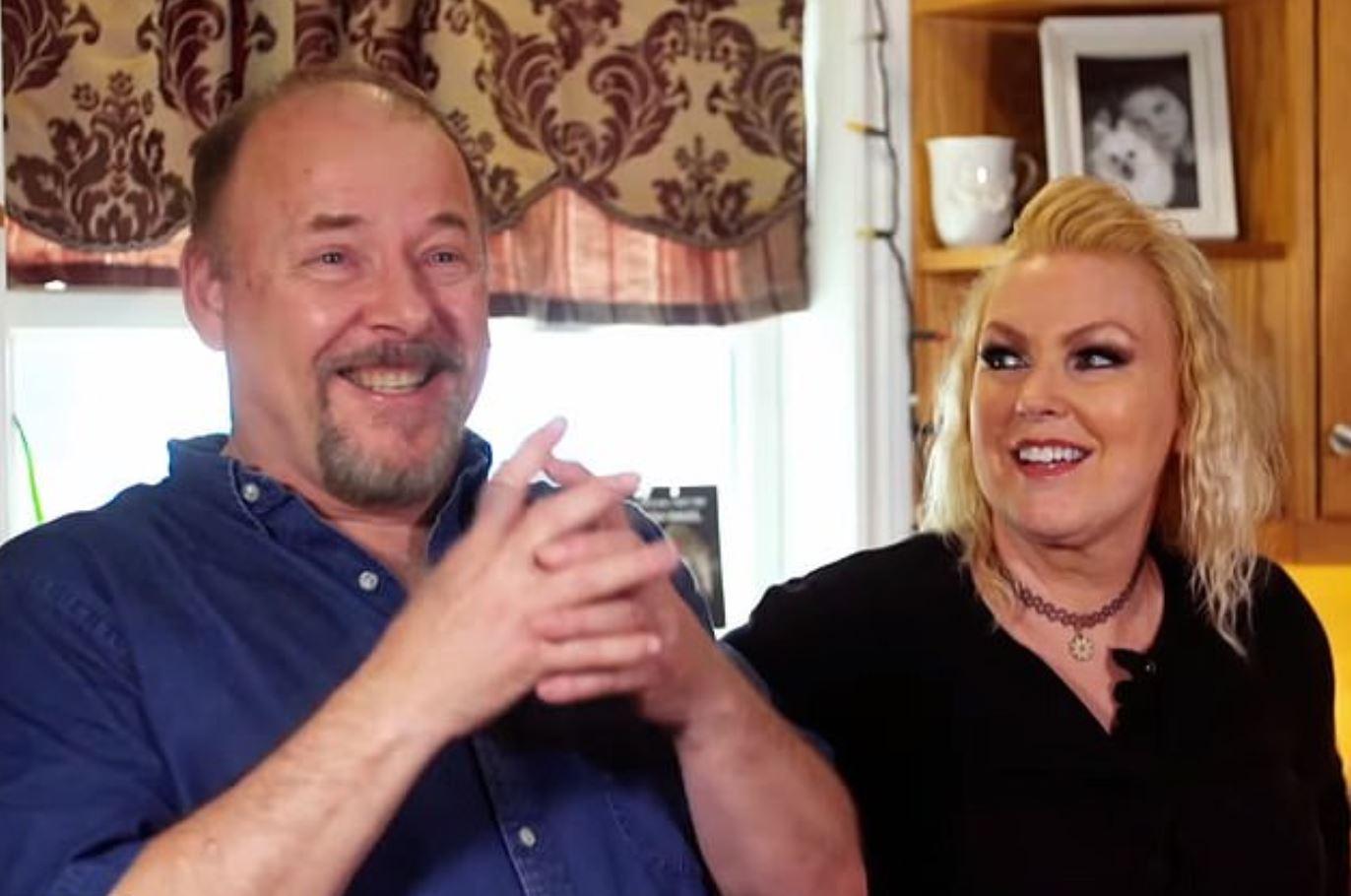 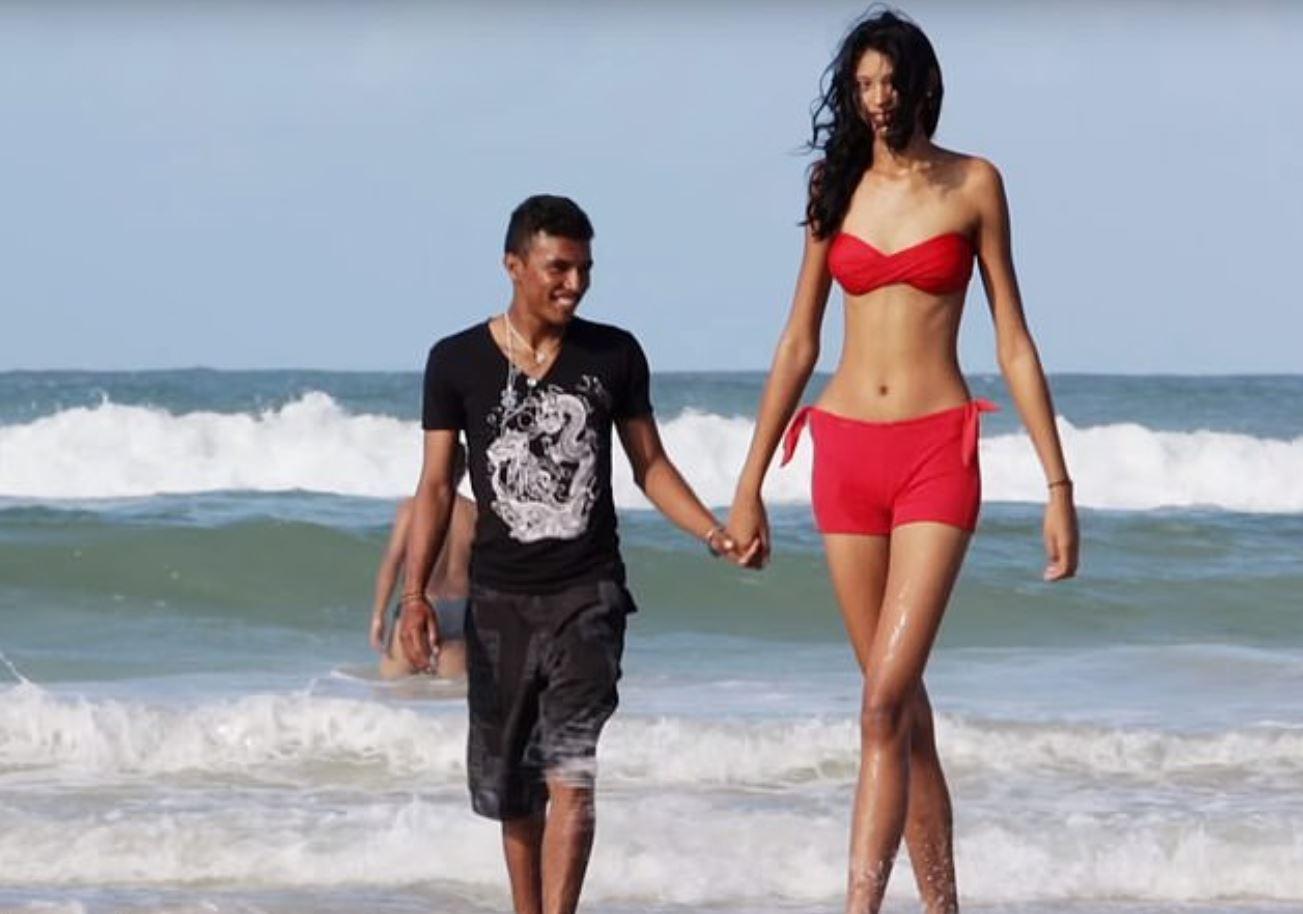 “I asked Kyle why he prefers older women and he says the older women are more mature, they’re someone he can sit and talk to. That’s what he likes, he’s not hurting anybody and I don’t think it’s anybody’s business.”

Kyle added: “I offer older women a different experience to what they’re usually used to as opposed to some old dead guy who will treat them how men treated women a long time ago I offer them adventure, show they things that are fun to do.”

Extreme Love exposes the stranger side of relationships – starting with a woman whose partner is obsessed with sex dolls.

Dave from Novia Scotia, Canada, even describes the doll as the 'woman of his dreams' while one man has sex with his white Volkswagen Beetle named Vanilla.

We tv's eight-episode season will also feature polyamorous vampires and a 31-year-old with a fetish for older women, starting with his 91-year-old girlfriend Marg.

As these romances prove, there really is someone for everyone out there!