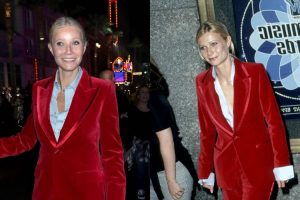 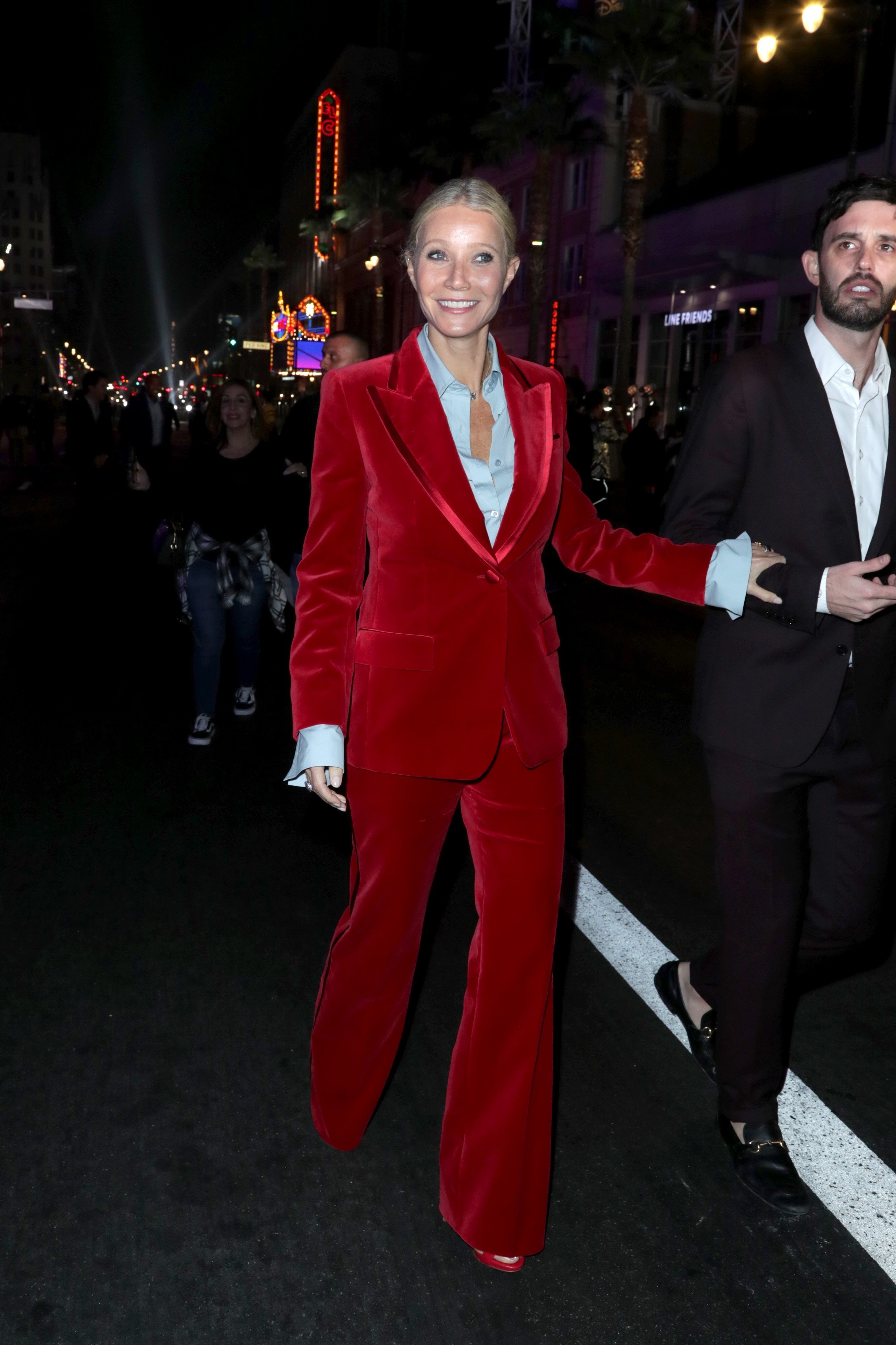 All eyes were on Hollywood Boulevard last night as the stars came out in droves to see the Gucci Love Parade, Alessandro Michele’s fashion love letter to cinema. The collection glistened with sequined dresses, feathers in every color, and intricate lace, but not every big fashion moment was happening centerstage. Five hundred guests sat, all front row, in personalized director’s chairs as they enjoyed the show. Lizzo, Miley Cyrus, Dakota Johnson and more were in attendance in show-stopping numbers that would fit right in on the runway, but it was Gwyneth’s Paltrow’s sleek red suit that really got people talking.

If the suit looks familiar, that’s because you’ve seen it before…kind of. The tailored velvet look is a direct ode to a Tom Ford for Gucci suit Paltrow wore to the VMAs in 1996. Michele debuted a reinterpretation of the suit during Gucci’s Aria Collection in April of this year, opting for a more pointed shoulder, a sharper lapel, and a wider leg to keep up with the times. There’s no doubt that when Michele designed this reimagination, he hoped to one day see it back on Paltrow.

Last night, the actress truly stepped back into a time machine, opting to style Michele’s suit in almost the same way she did Ford’s 25 years ago. Paltrow wore a pale blue button down underneath and pulled her hair back, looking like no time has passed at all since the last time she made headlines in a red Gucci suit.

Paltrow in the original Tom Ford suit in 1996.

The suit walking the runway as part of the Gucci Aria collection in April.