‘We don’t talk about Bruno, no, no, no.’ But we will talk about how fabulous Hilary Duff looked as she rocked a sheer polka dot top and black mini skirt and showed off her vocal chops.

Hilary Duff,34, proves that celebs are just like the rest of us– we’re all obsessed with Disney’s latest flick Encanto. She got dolled up in a stunning sheer black polka dot top that put her black bra on display paired with a shiny black fringe mini skirt for a very brief at-home concert. She showed off her look from every angle in different snaps on her Instagram post and finished it off with a video of her singing “We Don’t Talk About Bruno” from Encanto.

“Some glam and some Encanto both very important things,” she captioned the post. “Anyone else just blurting this out at random times ? I need help. It’s taking over.” She certainly isn’t alone in that. Kim Kardashian and her little ones have seen it and she uploaded an adorable video of her and North West lip-syncing to “The Family Madrigal.”

The Younger actress is on top of her style game lately as she recently rocked a stunning piece for a press event for How I Met Your Father. Hilary rocked a blue and white patterned dress that ruffled at her left hip and hugged the rest of her body and showed off the look on Instagram. “This whole thang to sit in a chair from 9-7 yesterday doing press,” she joked in the post’s caption.

The Lizzy McGuire star is making a comeback as the Hulu spinoff How I Met Your Father just released its first two episodes. She plays the central character Sophie, an NYC street photographer who struggles with getting in her own way when it comes to dating. Fortunately, it will all work out for Sophie as the story is about an older Sophie, played by Kim Cattrall, telling her kids how she met their father.

Hilary Duff Through the Years 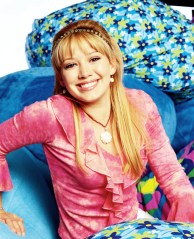 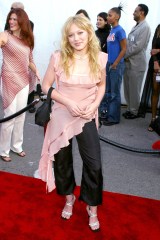 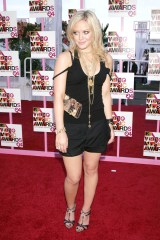 The series is based on the hit sitcom How I Met Your Mother. While the premise has done before, the spinoff has plenty to work with as the dating world has evolved quite a bit since the original series came out in 2005. Dating apps have become a thing and the spinoff will surely explore all of the possibilities of how they make the impossible feat of dating in New York City even harder.