Home » Fashion » Holly Willoughby looks a treat as a sexy Morticia Addams for Halloween, while Paris Hilton misses a trick with her bizarre fluffy bird costume

Holly Willoughby looks a treat as a sexy Morticia Addams for Halloween, while Paris Hilton misses a trick with her bizarre fluffy bird costume

And while Holly Willoughby led the way this year with her super sexy Morticia Addams outfit, Paris Hilton is just one of a few celebs who missed the mark completely with her baffling fluffy bird ensemble. 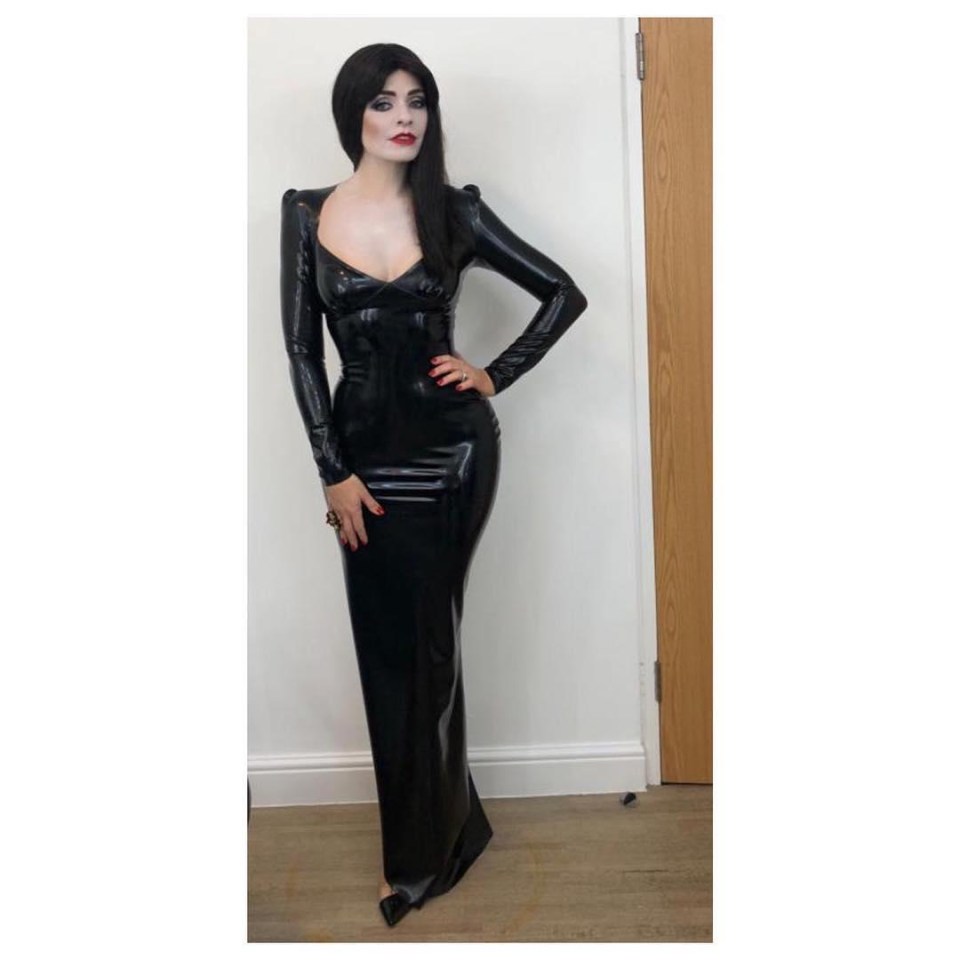 The darling of daytime television is famous for committing to her Halloween costumes and this year is certainly no different.

Dressing to impress for the annual Halloween Celebrity Juice special, the mum-of-three disguised her signature blonde locks for a gothic black wig as she paid tribute to Morticia Addams.

Completing her impressive black spandex dress with a super vampy ring and scarlet nails, Holly finished off her costume with lashings of haunting translucent powder and bright red lipstick. 10/10. 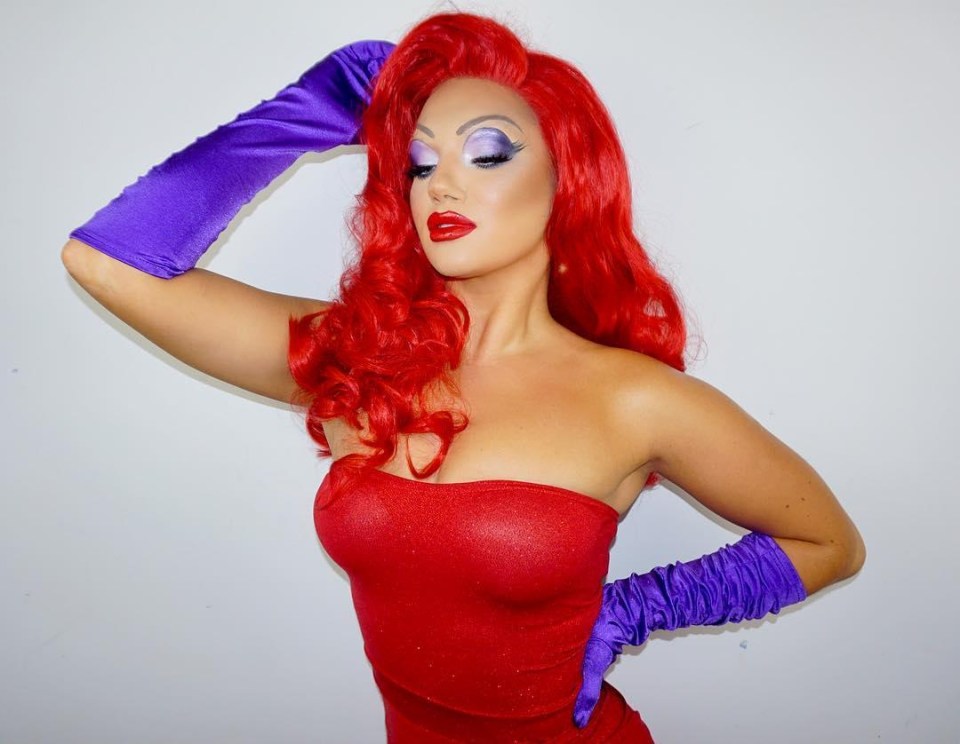 Seriously, Alex could totally get away with this on an everyday basis. 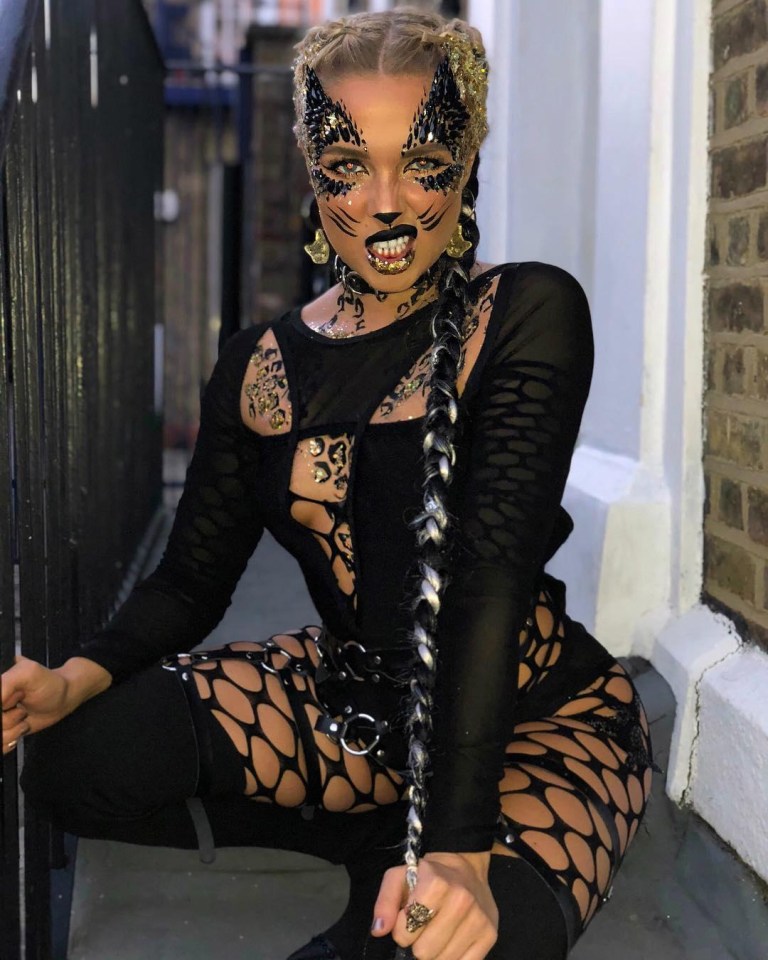 The former reality star took a classic cat costume to whole new levels with her bodysuit and fishnet tights.

Adding a black-and-white plait to her short blonde crop, Gabby went hard on the glitter with leopard print spots covering her chest and rhinestones decorating her face. 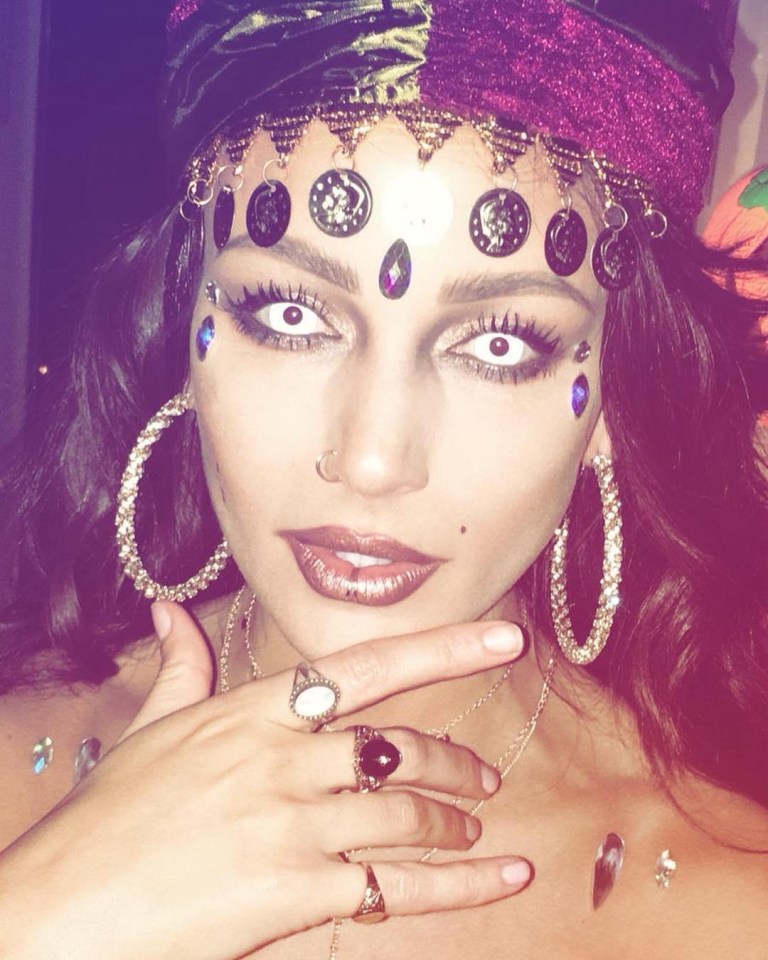 Is it just us or does Michelle Keegan make a scarily great pirate?

Shrouded in glitzy gold jewellery, Michelle completed her costume with a scattering of rhinestones around her face and collarbones as well as a classic headscarf. 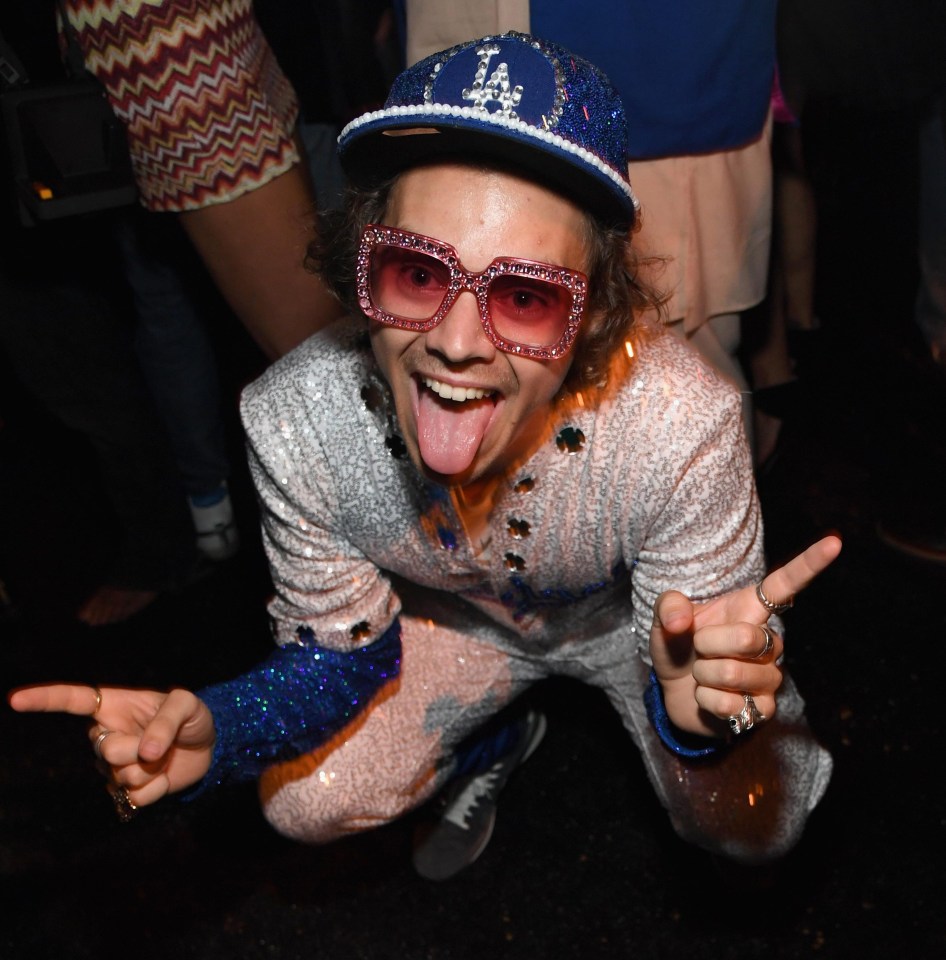 One Direction star Harry Styles fully committed to his Elton John costume as he attended the star-studded Casamigos Halloween party in Los Angeles.

Pairing Elton’s signature pink glittery square glasses with a bedazzled LA Dodgers baseball uniform, Harry finished off his costume with some of the singer’s go-to chunky rings for extra authenticity. A* for effort. 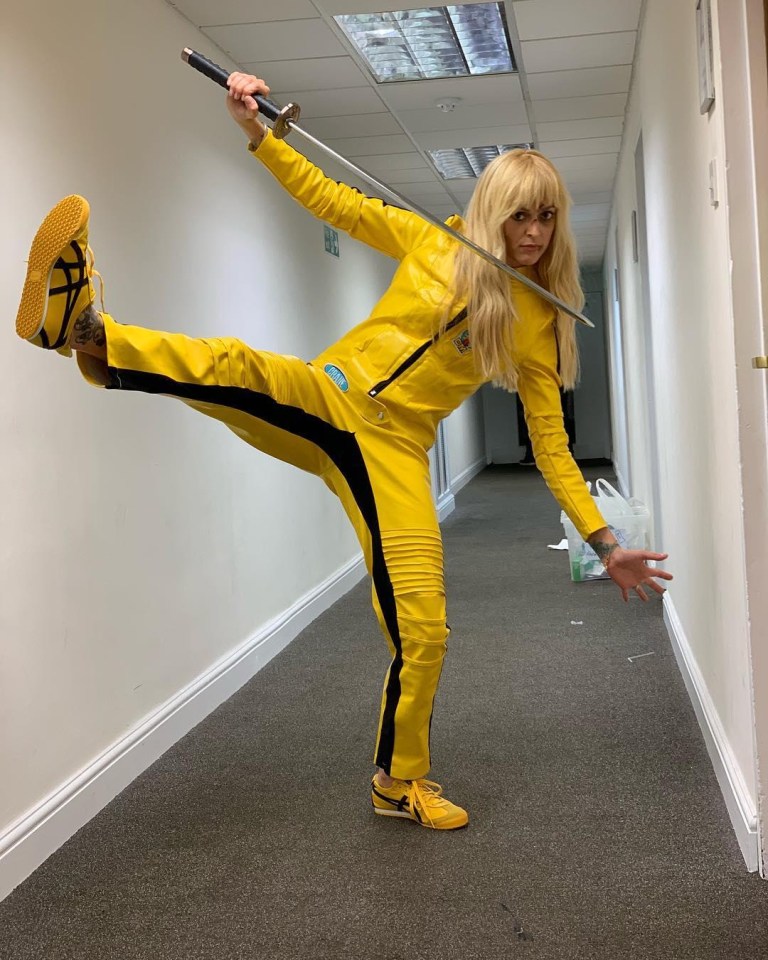 Meanwhile, Fearne Cotton also brought her A-game to her Halloween costume this year.

Combining the unmistakable yellow tracksuit with lashings of fake blood (as well as a  samurai sword, obvs), safe to say Fearne has well and truly upped her Halloween game. 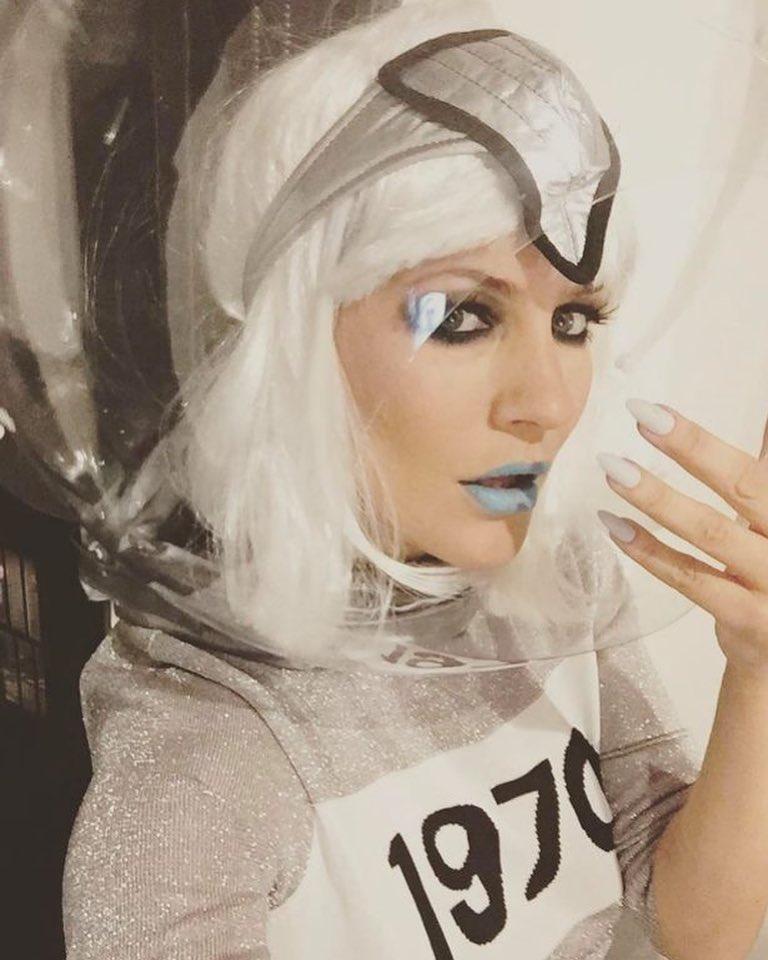 And we don’t know about you but we think the Flack should actually consider rocking a grey bob in real life… it seriously suits her. 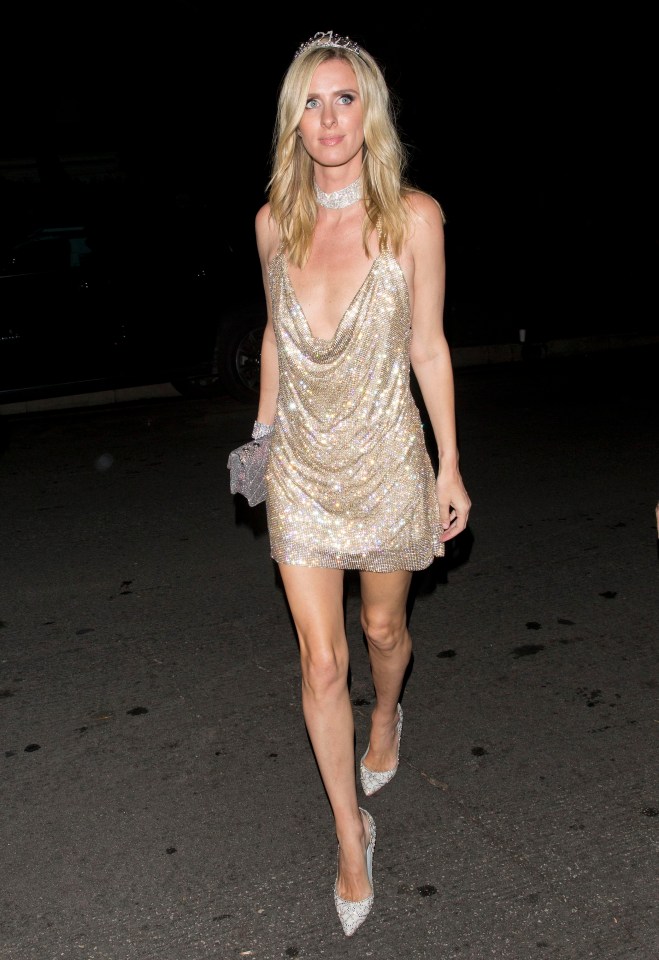 That is until you realise that she’s dressed up as her older sister Paris from 2001.

You know, back in the good old days of Simple Life and pink Motorola flip phones.

And as noughties Paris would say, hat’s hot. 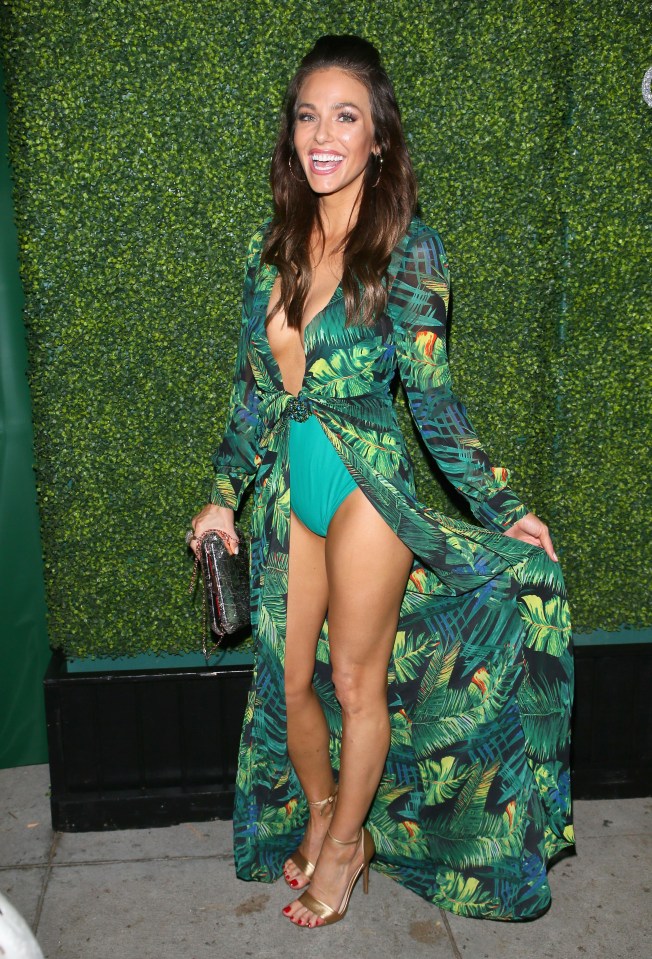 Also paying tribute to the decade of fashion disasters that was the noughties is Entourage actress Rebekah Graf.

As for the dress itself, you have to admit there was a little more substance to it this time round. 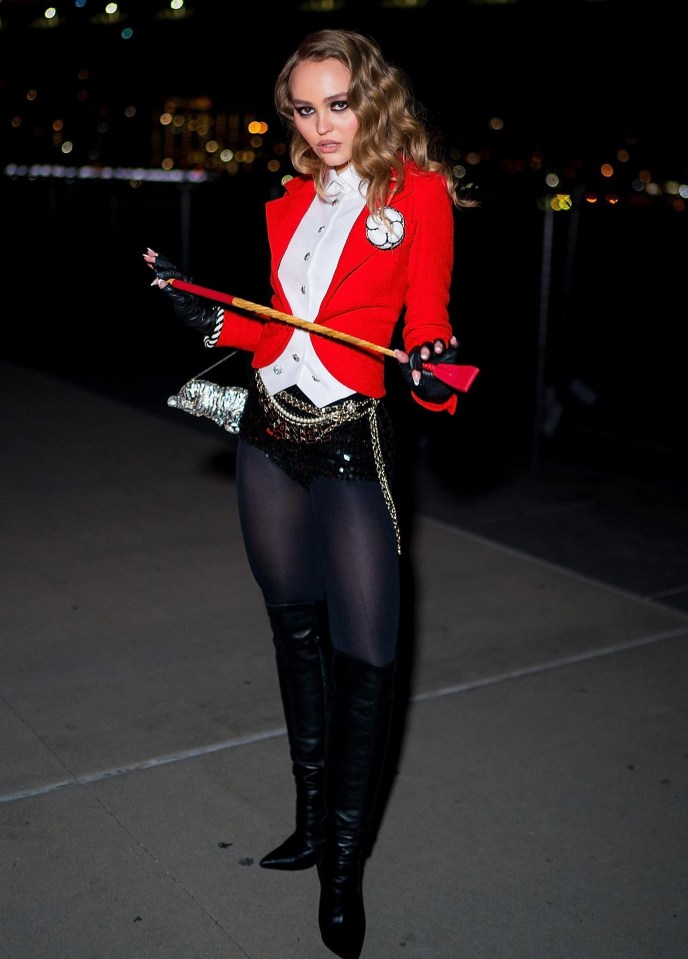 Never has the circus looked so glamorous. 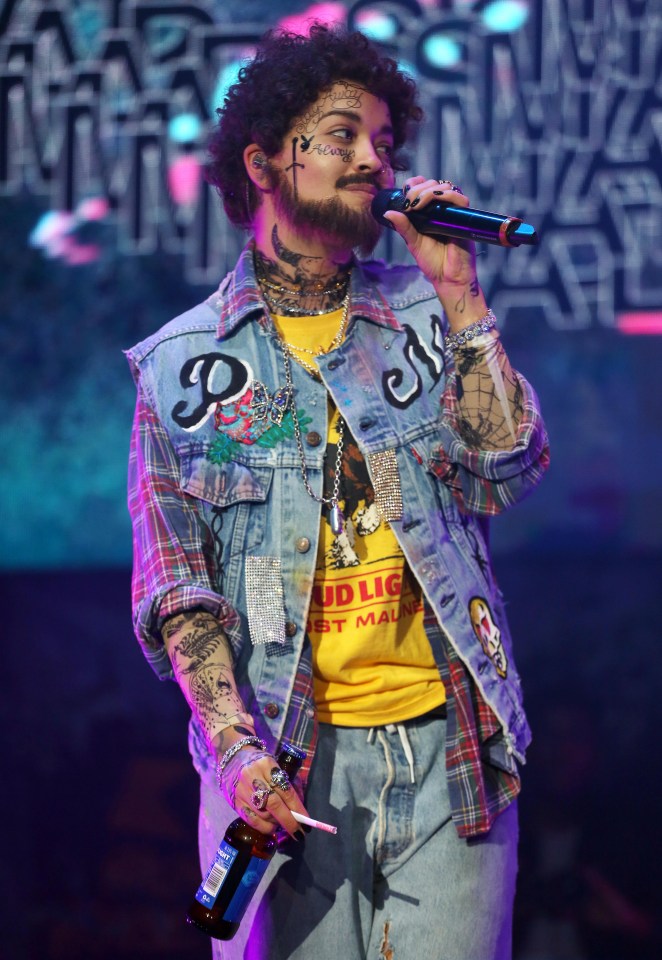 Going down a slightly different route, pop star Rita Ora pulled out all the stops for her impersonation of rapper Post Malone.

Ditching her usual sexy fancy dress costumes for an oversized denim waistcoat and distressed jeans, Rita covered her blonde hair with a curly wig and relied on a fake beard and moustache to complete her look.

The singer even went as far to match Post’s exact face tattoos and proceeded to carry a cigarette and a beer in her hand for the entirity of the evening. Flawless. 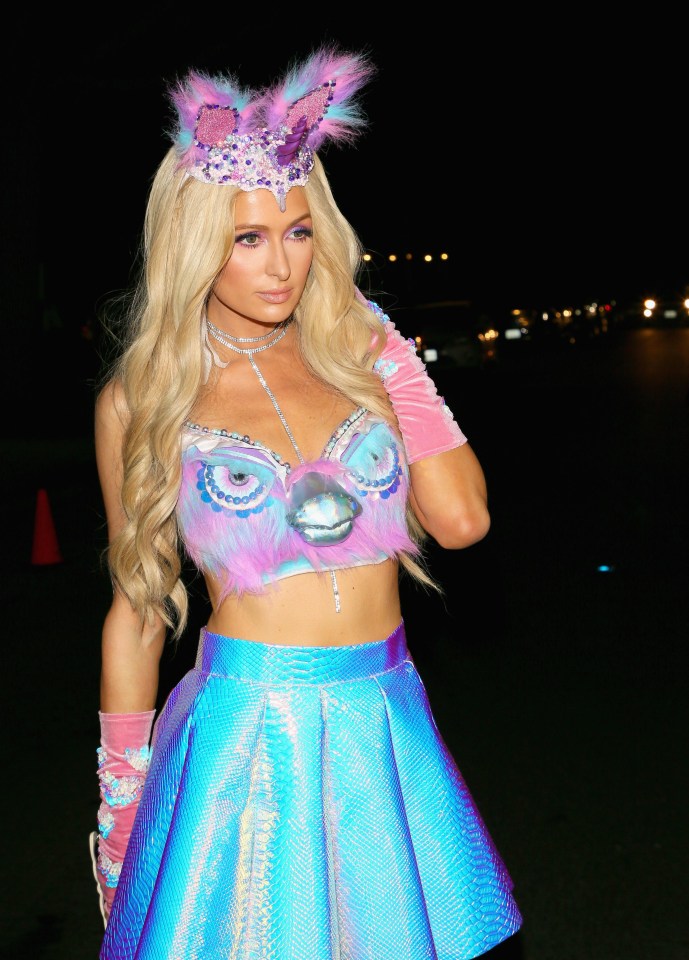 But not every costume was quite so impressive.

Leading the Halloween fails was socialite Paris Hilton who somewhat missed the mark with her bizarre bird costume.

Not to mention those strange fluffy horns. In summary, we’re thoroughly terrified by this spooky ensemble. 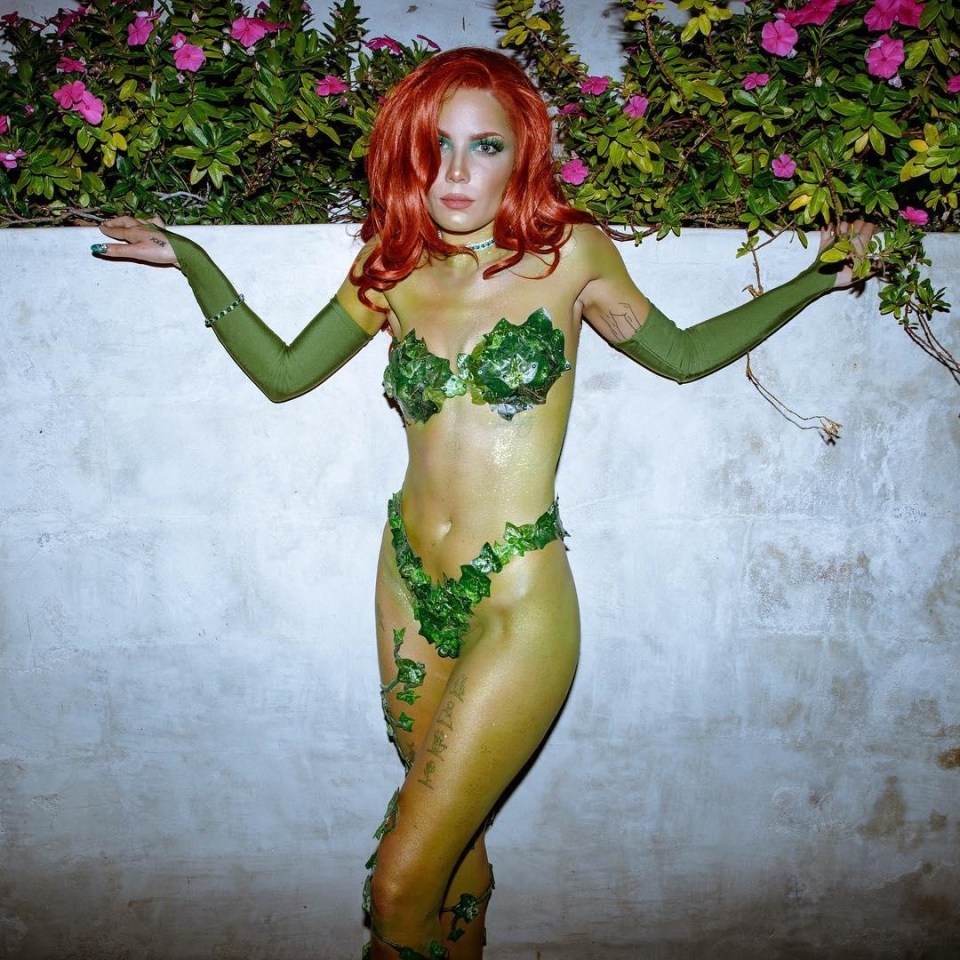 Scantily clad in just a scattering of strategically-placed leaves, the pop star covered her body in a sickly green hue to really get the point home.

A for effort, F for execution. 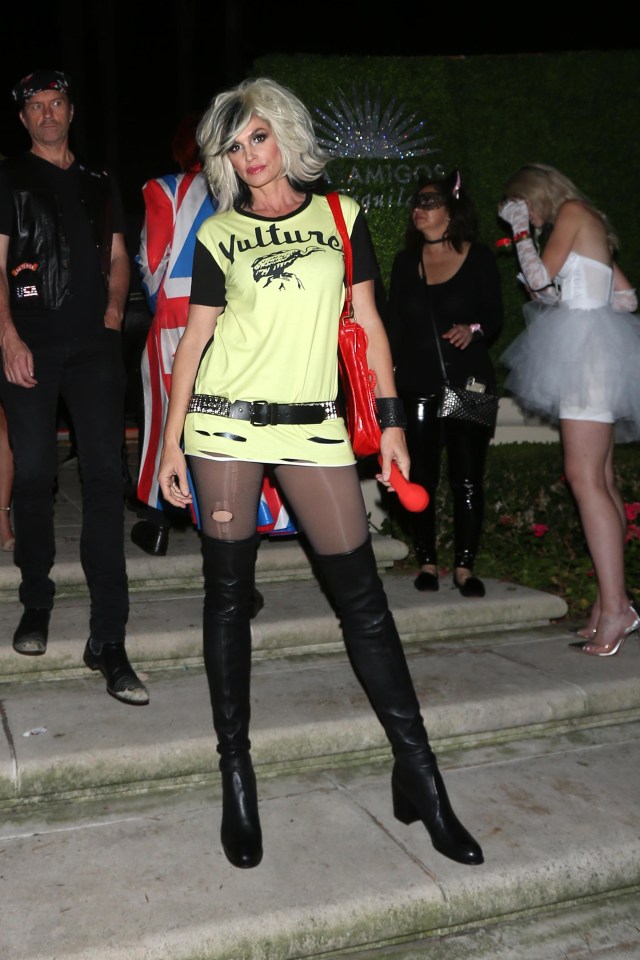 The supermodel paid homage to the 70s punk singer Debbie Harry with a peroxide blonde wig and edgy thigh-high boots.

But compared to some of the seriously impressive outfits showcased at the Casamigos Halloween party (including Harry Style’s flawless Elton John), Cindy’s sad ripped tights fell a tad short. 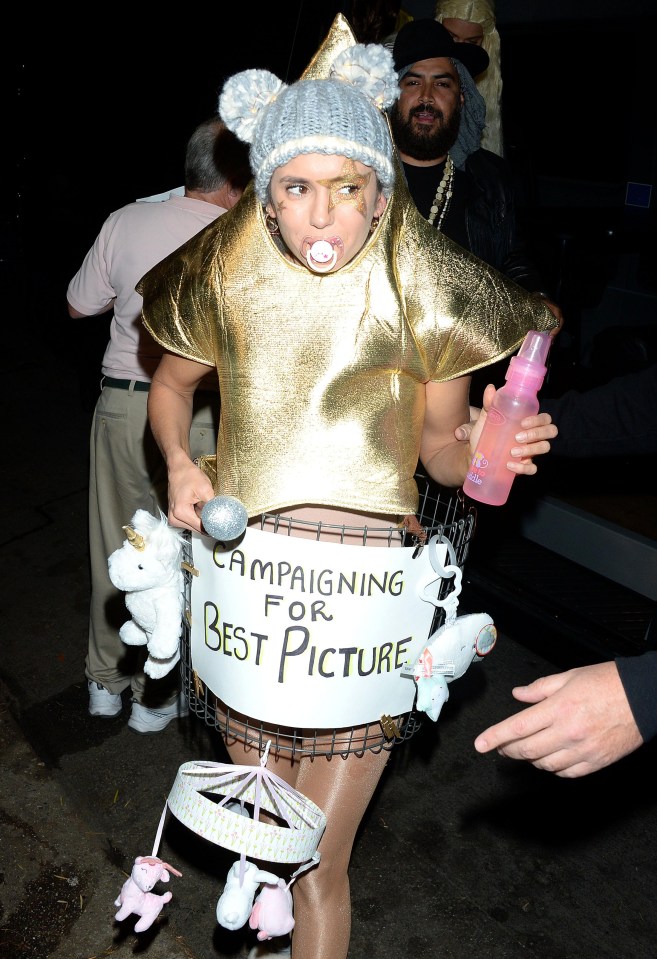 We don’t know whether to laugh or cry at Nina Dobrev’s, erm, imaginative Halloween costume.

Appearing to campaign for the movie A Star is Born to win an Academy Award, the Vampire Diaries star seemed to apply a literal meaning to the cause.

By wearing a gold star, sucking a dummy and carrying around fluffy toys obvs. 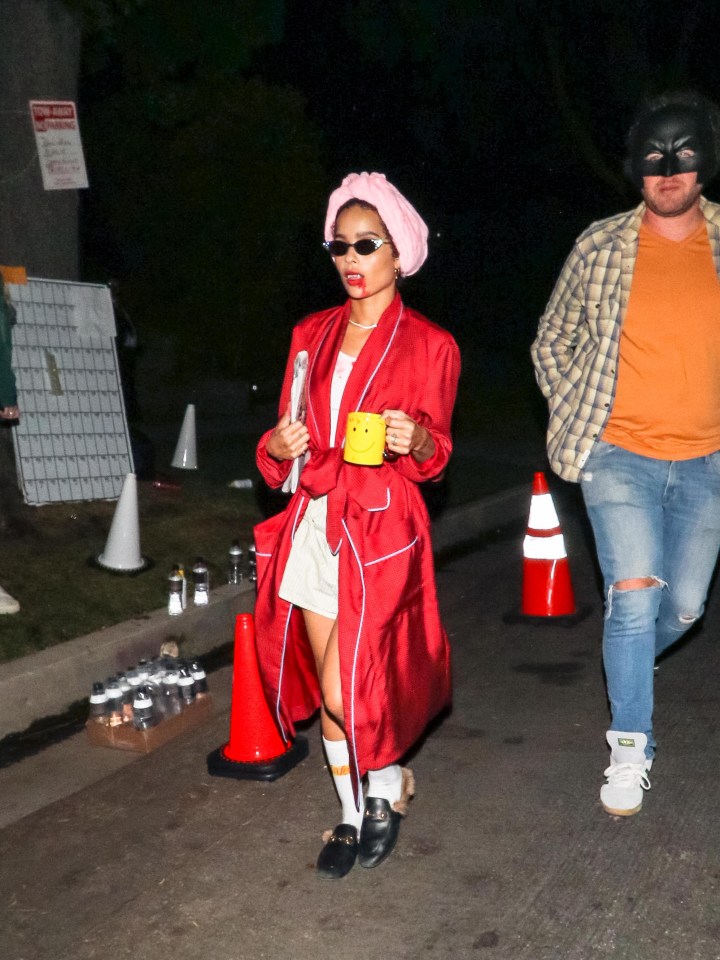 Although we can totally relate to Zoe Kravitz’s “Morning Vampire” we can’t quite wrap our heads around the logic of this costume.

But that red silk dressing gown sure does look snug.

And we can’t exactly blame the actress for jumping at the opportunity to don your PJs to a party. Amirite? 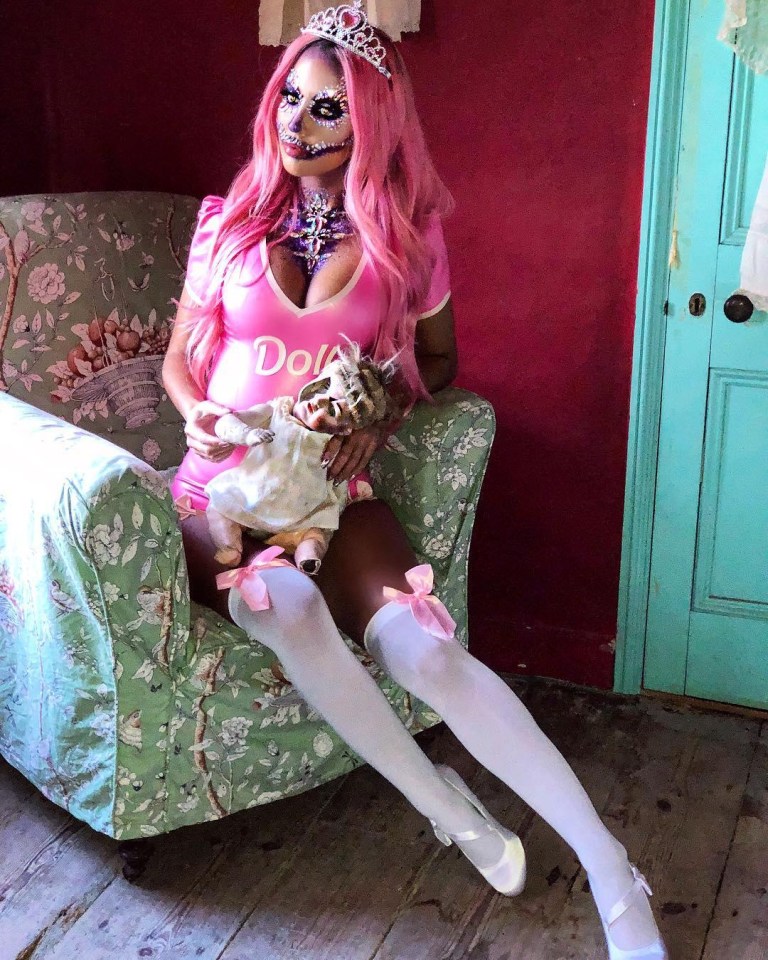 Meanwhile, The Only Way is Essex’s Yazmin Oukhellou took her love of Barbie to all new extremes with this bizarre get-up.

And we’re a little emotionally scarred to say the least.

BUMP IN THE NIGHT

In even more fashion news, people are sharing laugh-out-loud knock-off Halloween costumes – from “Chogborts’ Hermany Grinder” to a “Men’s Out of Space Costume”.

And these are the five sexiest Halloween costumes to give you chills on fright night.

From Stranger Things’ Eleven to Pennywise the IT clown, here’s our ultimate guide to Halloween costumes 2018.