Home » Fashion » How Amanda Holden made £6million, from Blind Date to Britain's Got Talent and marrying Les Dennis

How Amanda Holden made £6million, from Blind Date to Britain's Got Talent and marrying Les Dennis

AMANDA Holden has been announced as the new face of the Heart FM Breakfast show, having landed a £3million deal.

And with the two year contract making her Britain’s best-paid female showbiz host – Fabulous Digital reveals how the 48-year-old has made her millions. 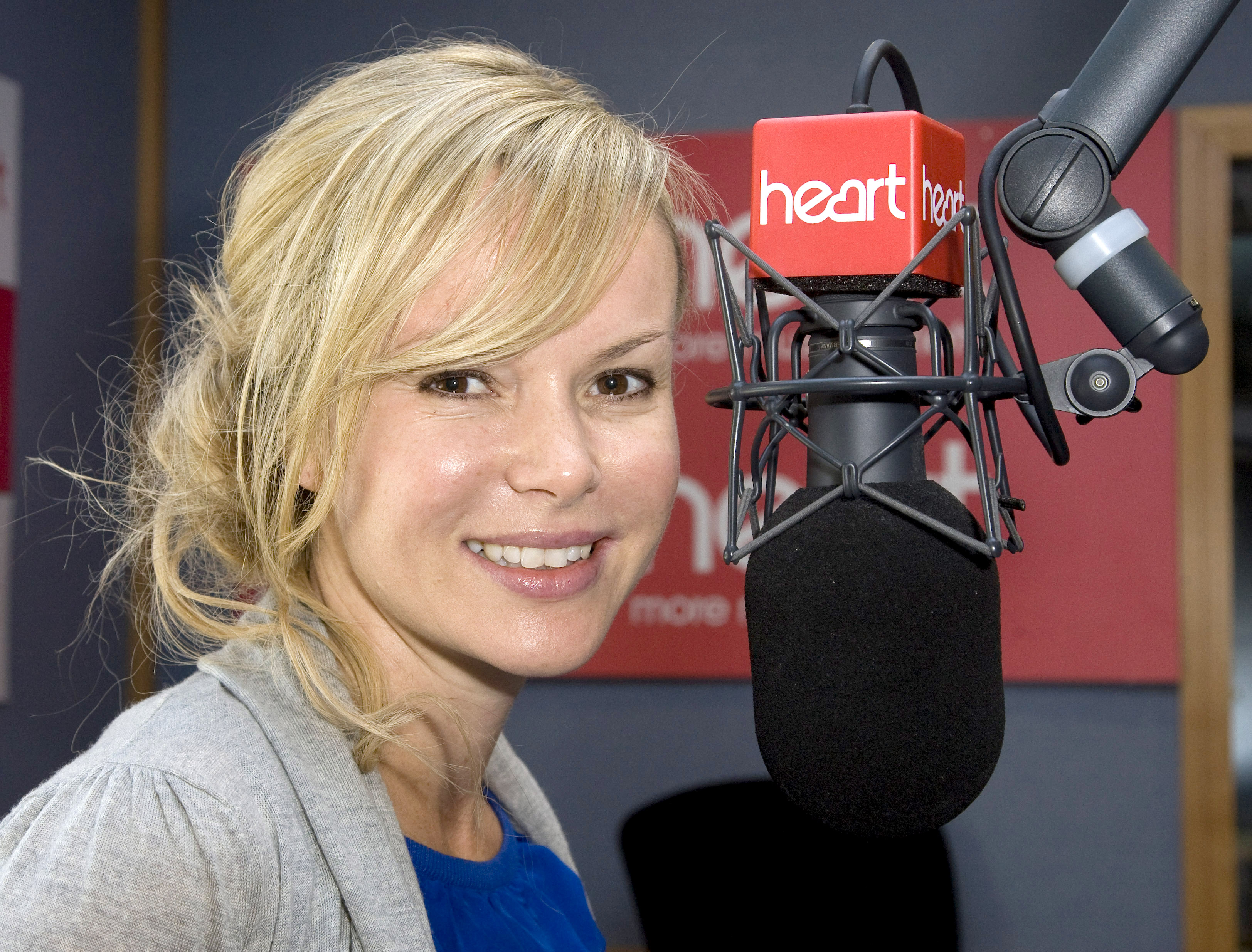 Coming from a modest background Amanda grew up in Bishop’s Waltham in Hampshire where she dreamed of an acting career, taking part in school plays and community theatre.

Age nine she joined Bishop’s Waltham Little Theatre Company before attending Swanmore Secondary School where a teacher claimed she had a “natural talent on stage.” 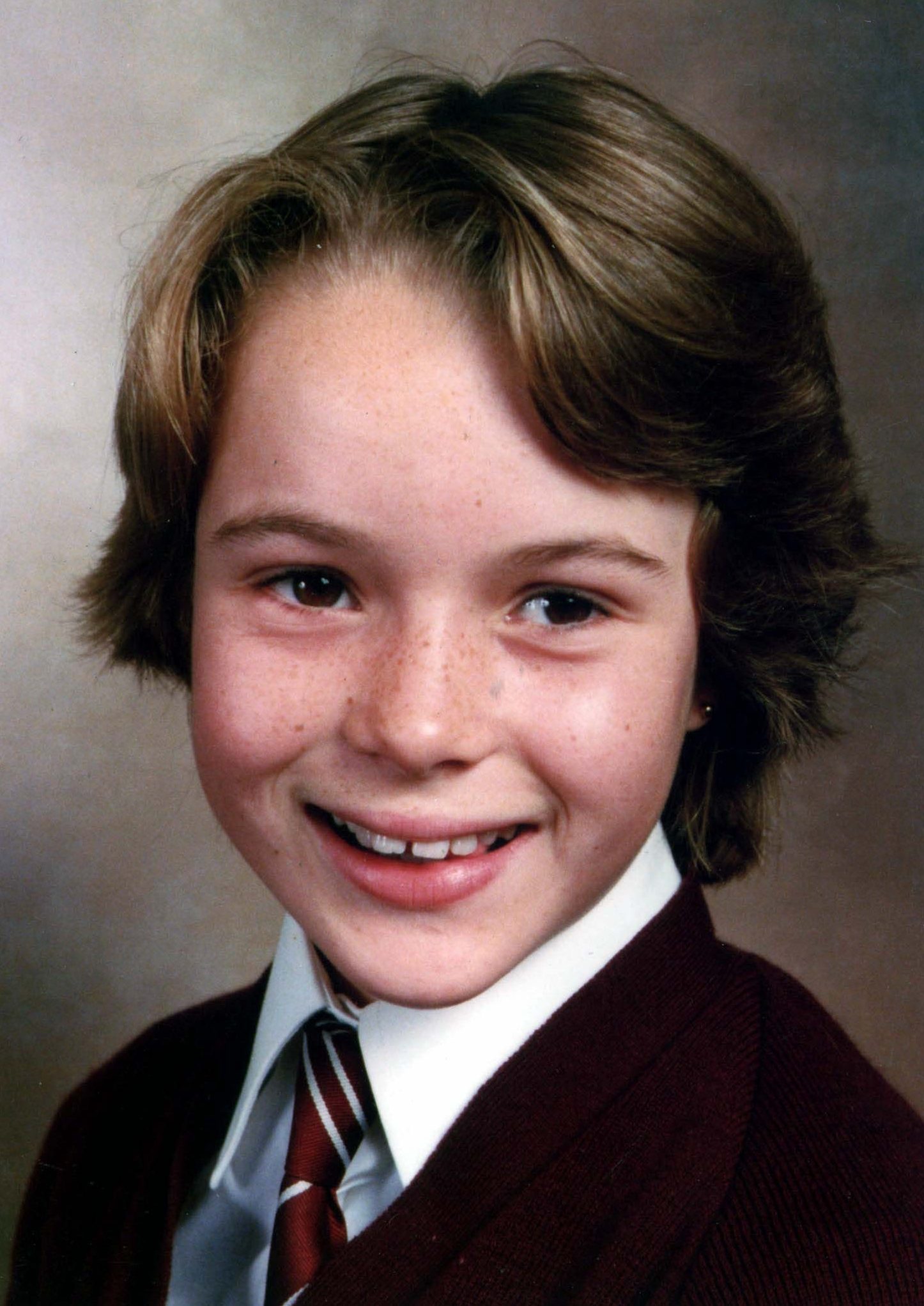 Determined to realise her dream she attended Mountview Academy of Arts in London, but Amanda didn’t have her first television break until 1991.

At the age of 19 Amanda made her TV debut when she appeared on an episode of Blind Date, hosted by the late Cilla Black, where she revealed her ideal man was Jack Nicholson.

Despite not being picked by the potential bachelor, it was this solo appearance that paved the way for her television career. 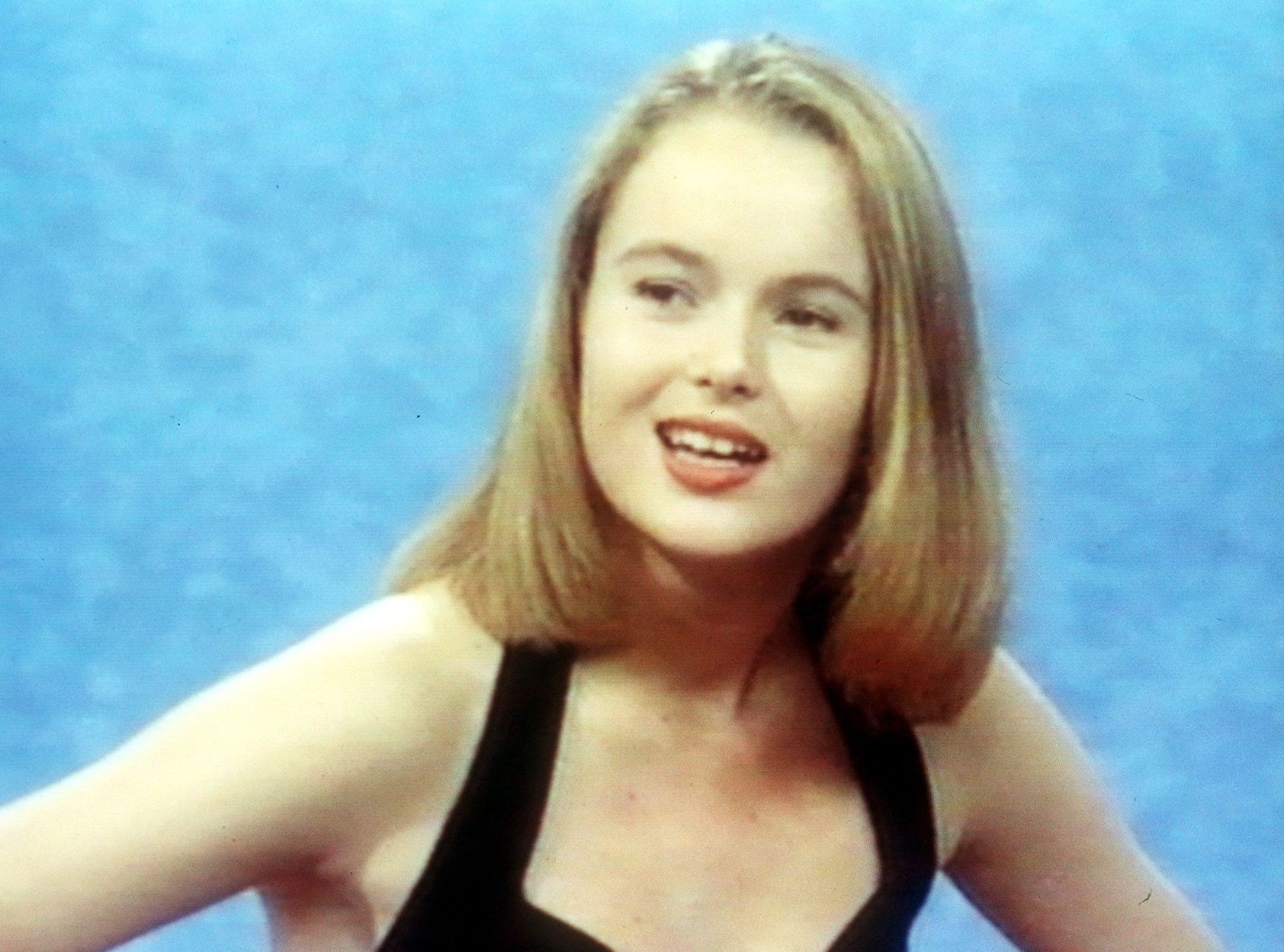 Off the back of her appearance on the show, Amanda landed a cameo role on EastEnders which lead to various television appearances.

Amanda went on to land a whole host of roles in British dramas including Cutting It, Hearts and Bones and comedy Smack the Pony.

Her most notable role was in the ITV series Wild At Heart where she played Sarah Trevanion from 2006 where she was paid a six figure sum until she was killed off in 2008. 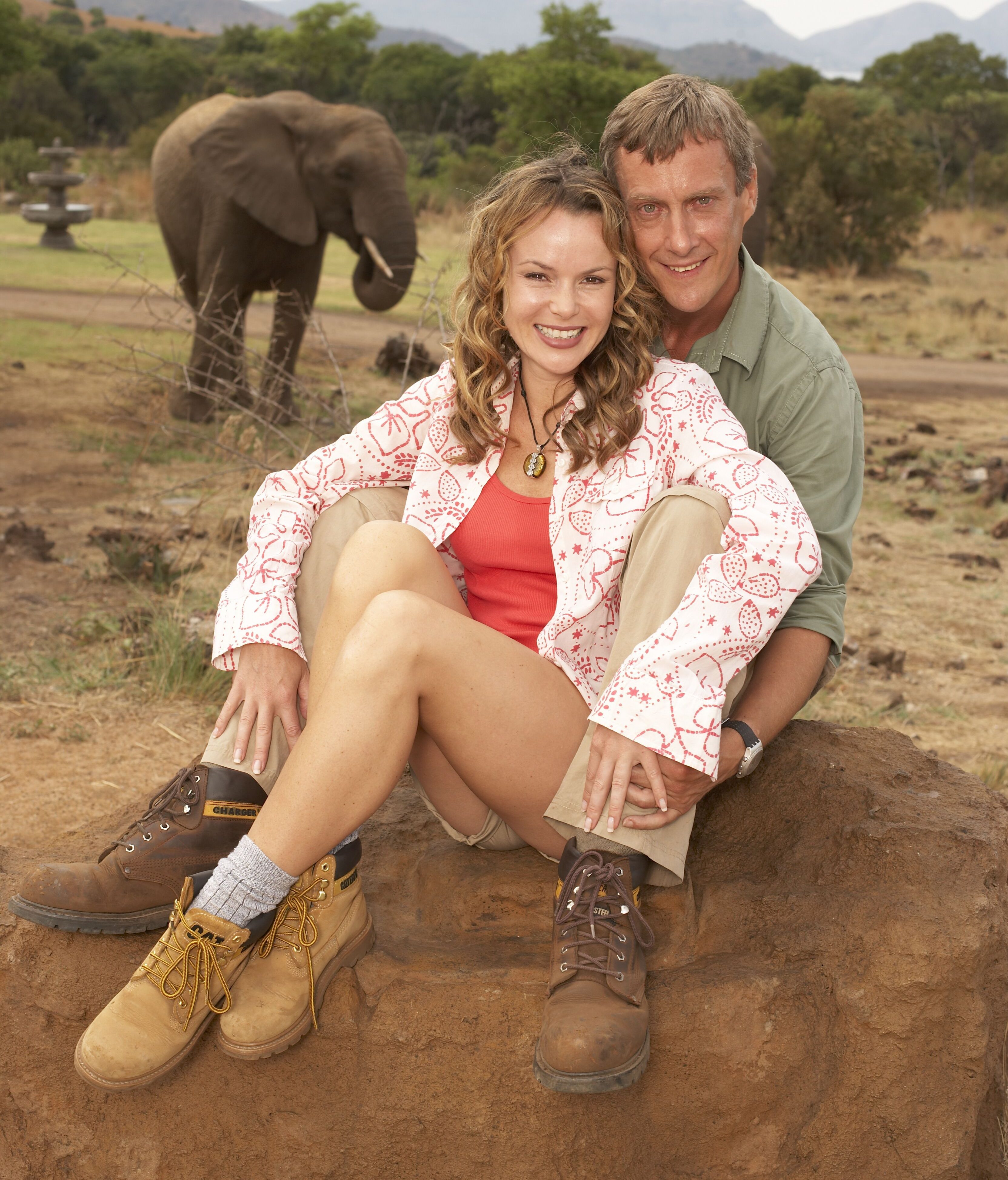 But her departure from the show was far from tragic as one year earlier she had landed her biggest coup of all when she was asked to judge a new reality show Britain’s Got Talent.

Amanda hit the jackpot when, in 2007, she was approached by Simon Cowell who asked her to join him on the judging panel for the talent show. 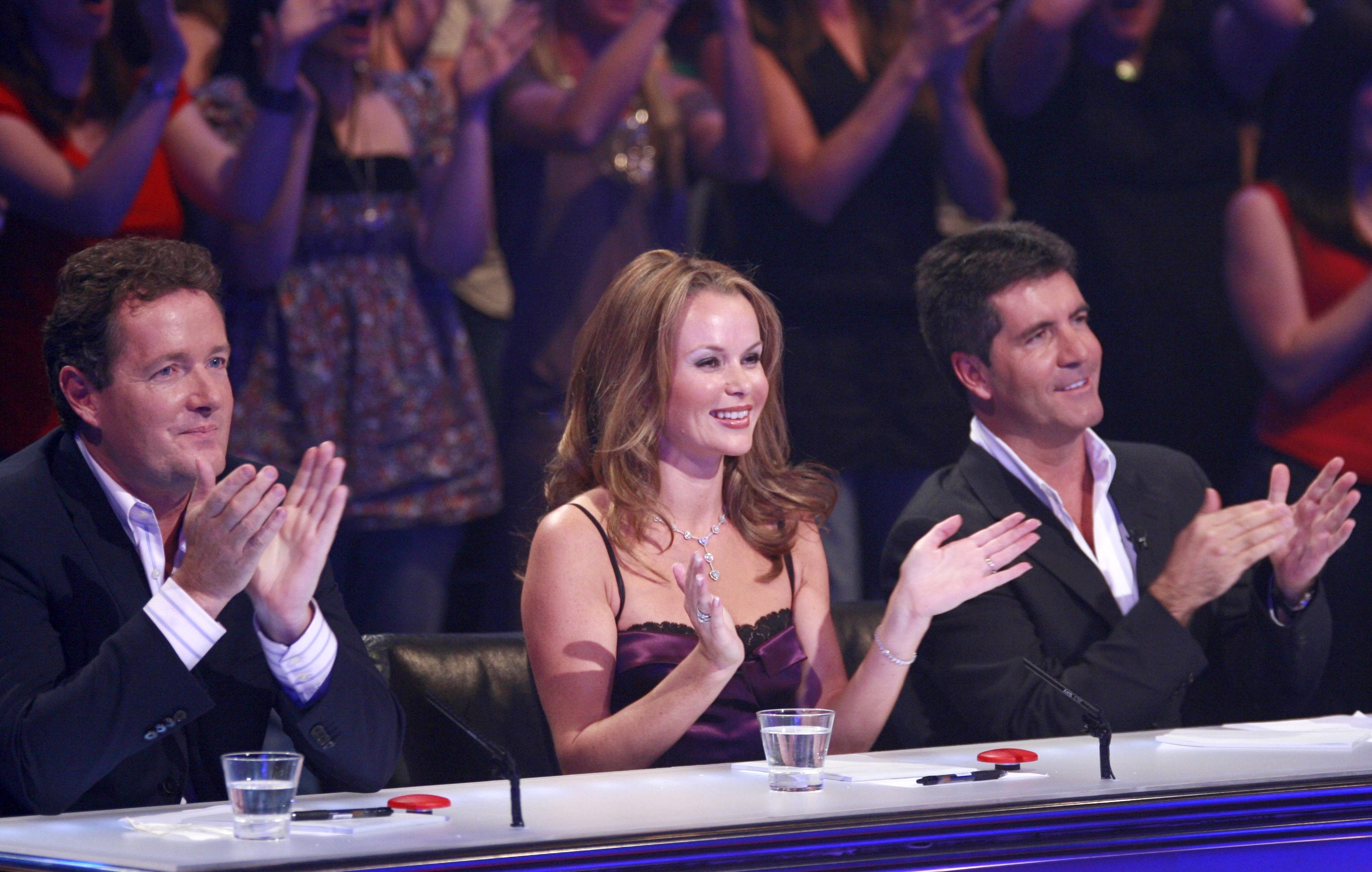 It was a stroke of luck that landed Amanda the job as it had originally been Cheryl who was selected for the role before the pop singer pulled out last minute.

The first series made Amanda close to £1 million, and she has since gone on to film a further 12 series of the popular ITV show, with her show reported to be £500,000 a year.

Her net worth is currently reported to stand at £6 million.

Her appearance on Britain’s Got Talent lead to a spike in presenting roles as well as a return to the stage. 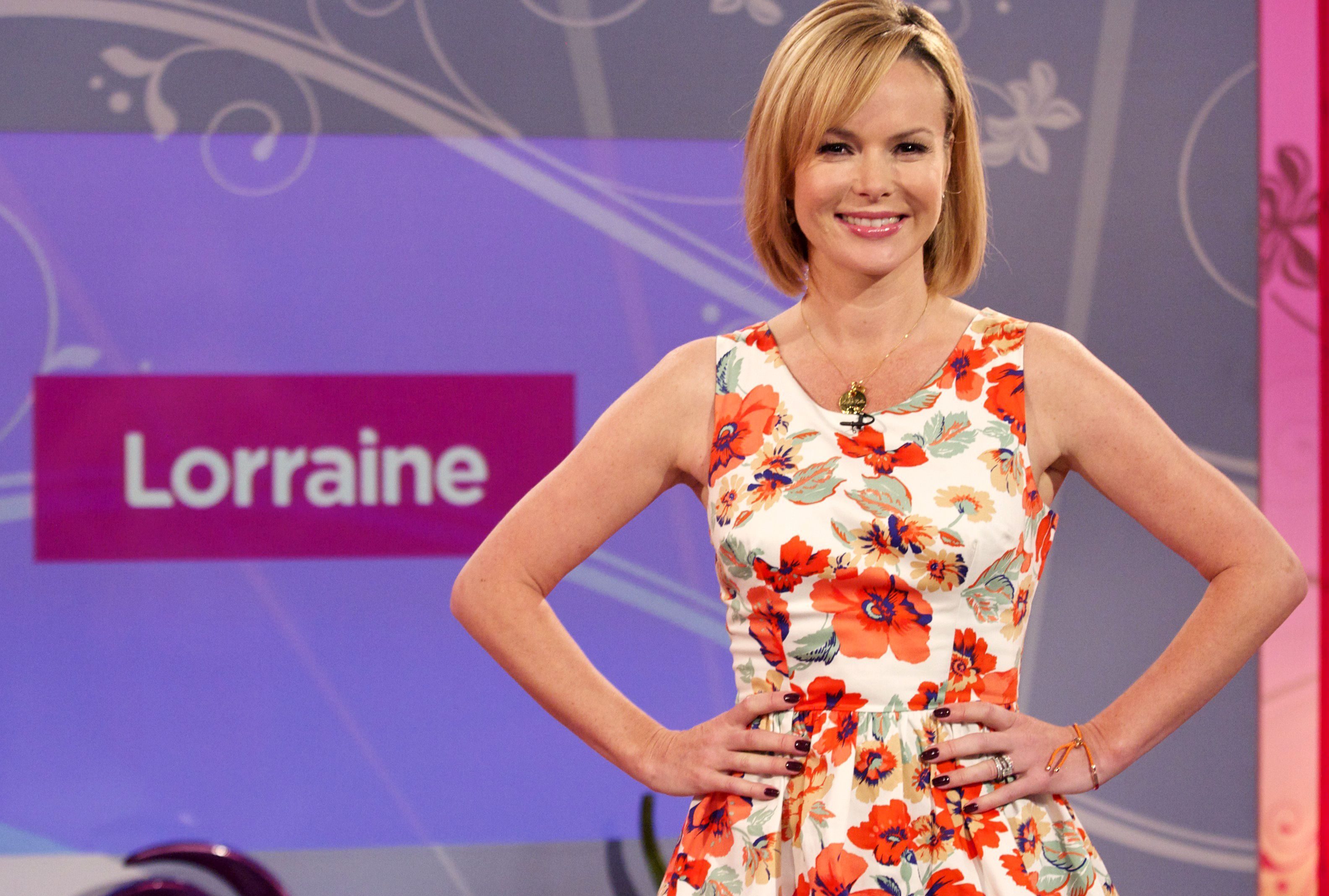 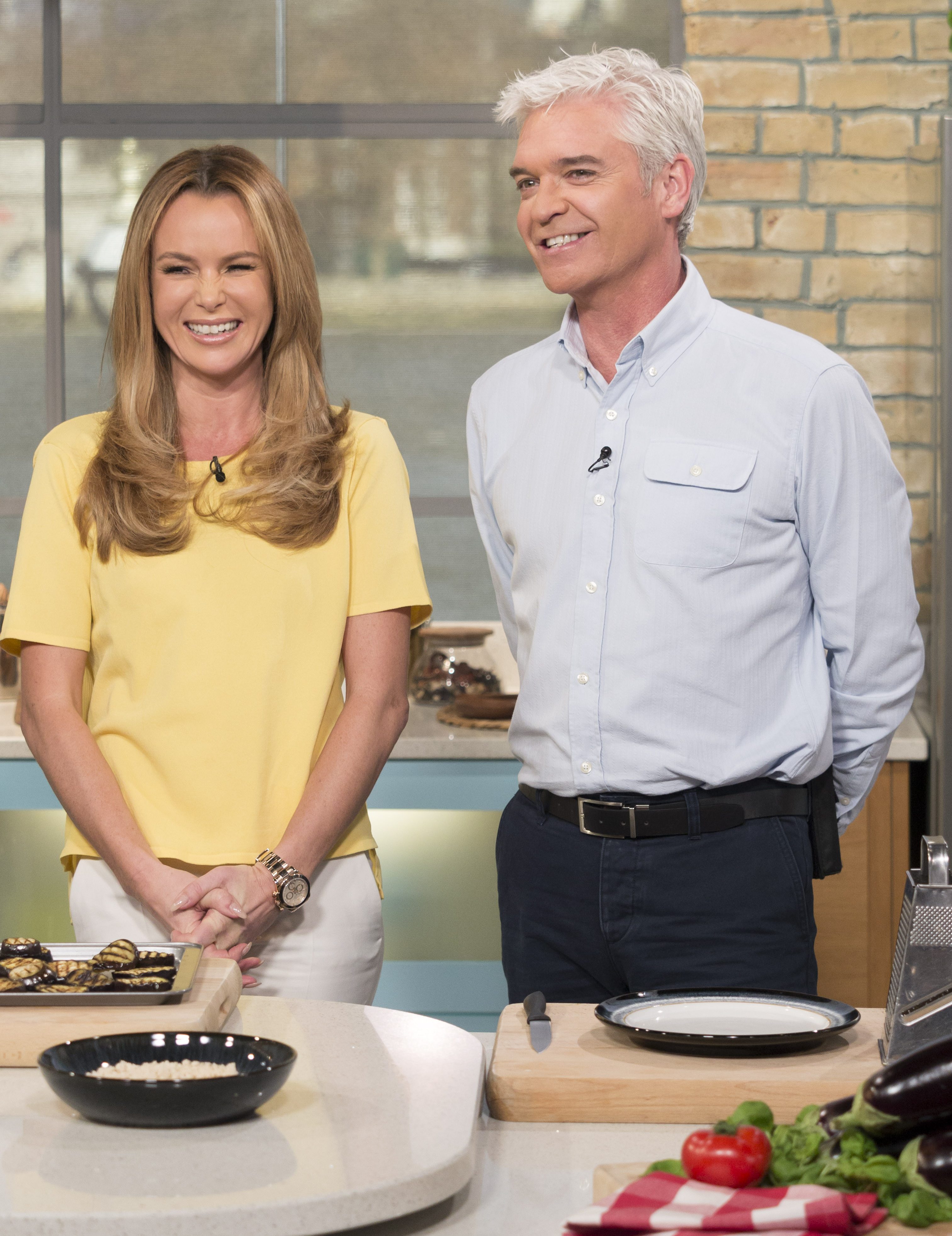 She guest presents on This Morning and Lorraine and has fronted a number of documentaries including an episode of Channel 4's Dispatches about the treatment for stillbirth and miscarriages, as well as a factual series on ITV called Give a Pet A Home. 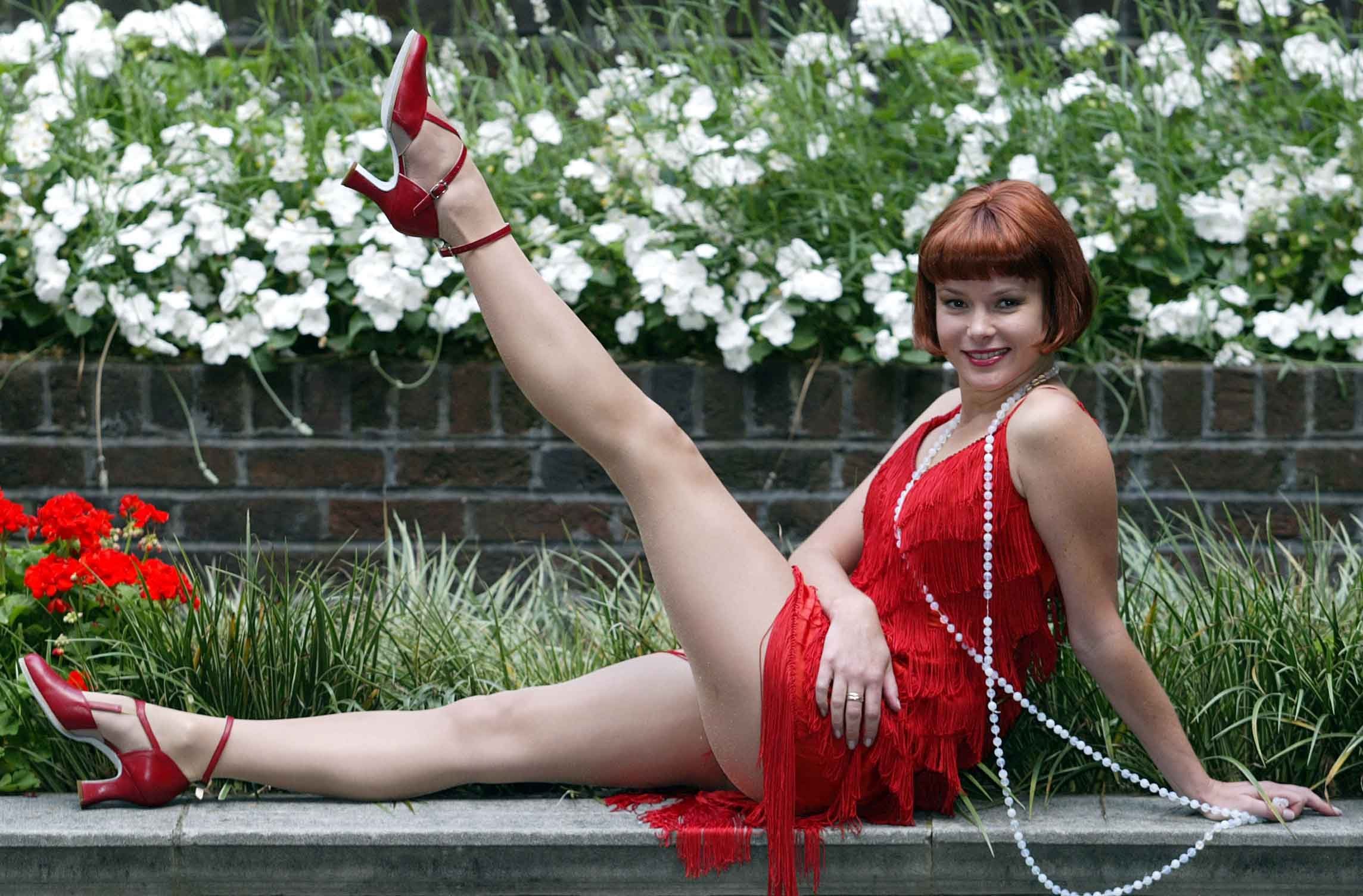 She was nominated for a Laurence Olivier Theatre Award for Best Actress in a Musical in the same year.

She later did a stint in the West End hit Shrek the Musical, where she played Princess Fiona.

And Amanda’s personal life has been almost as varied as her professional one.

Amanda married comedian Les Dennis in 1995 and split temporarily after it was revealed she had been having an affair with Men Behaving Badly star Neil Morrissey. 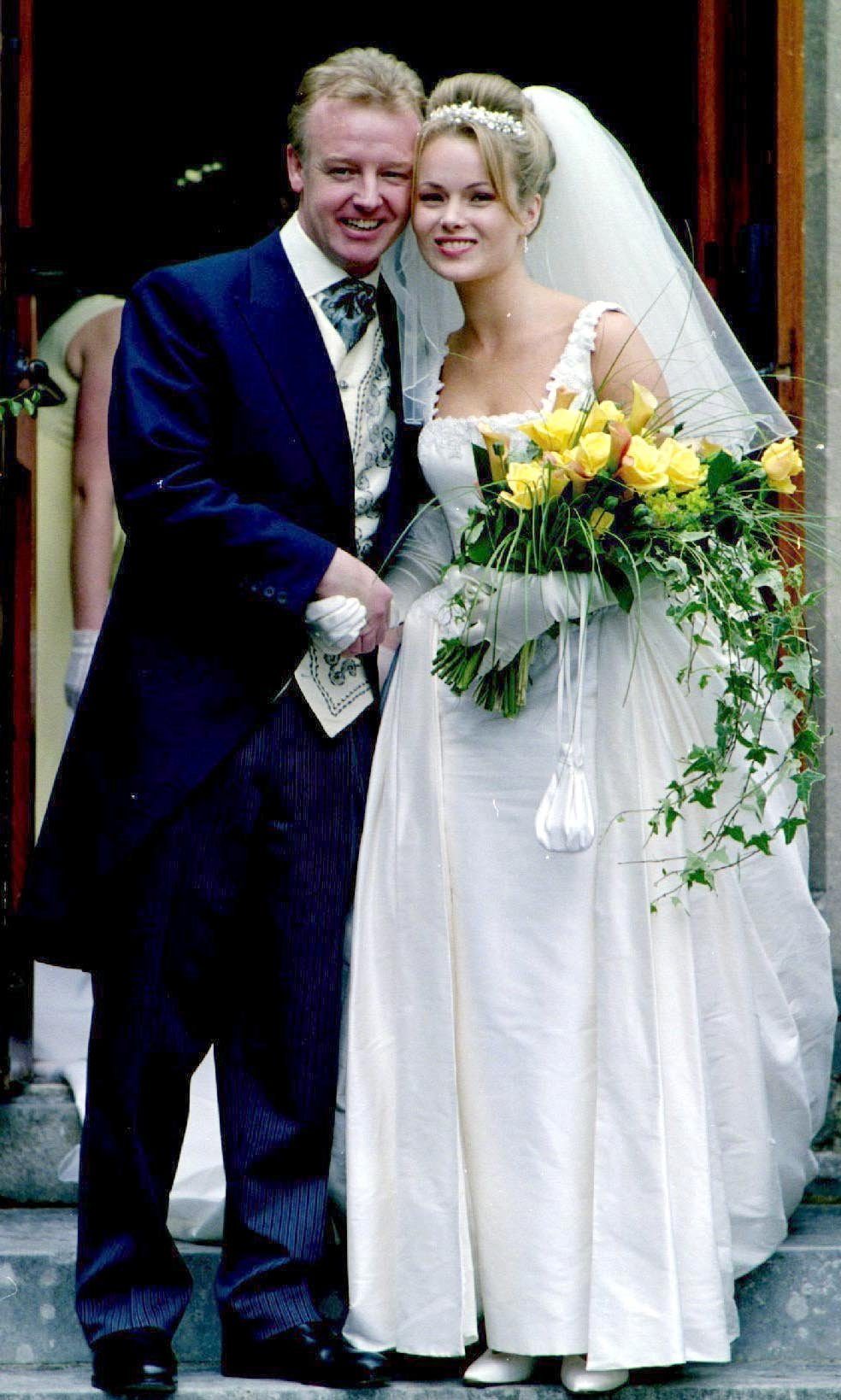 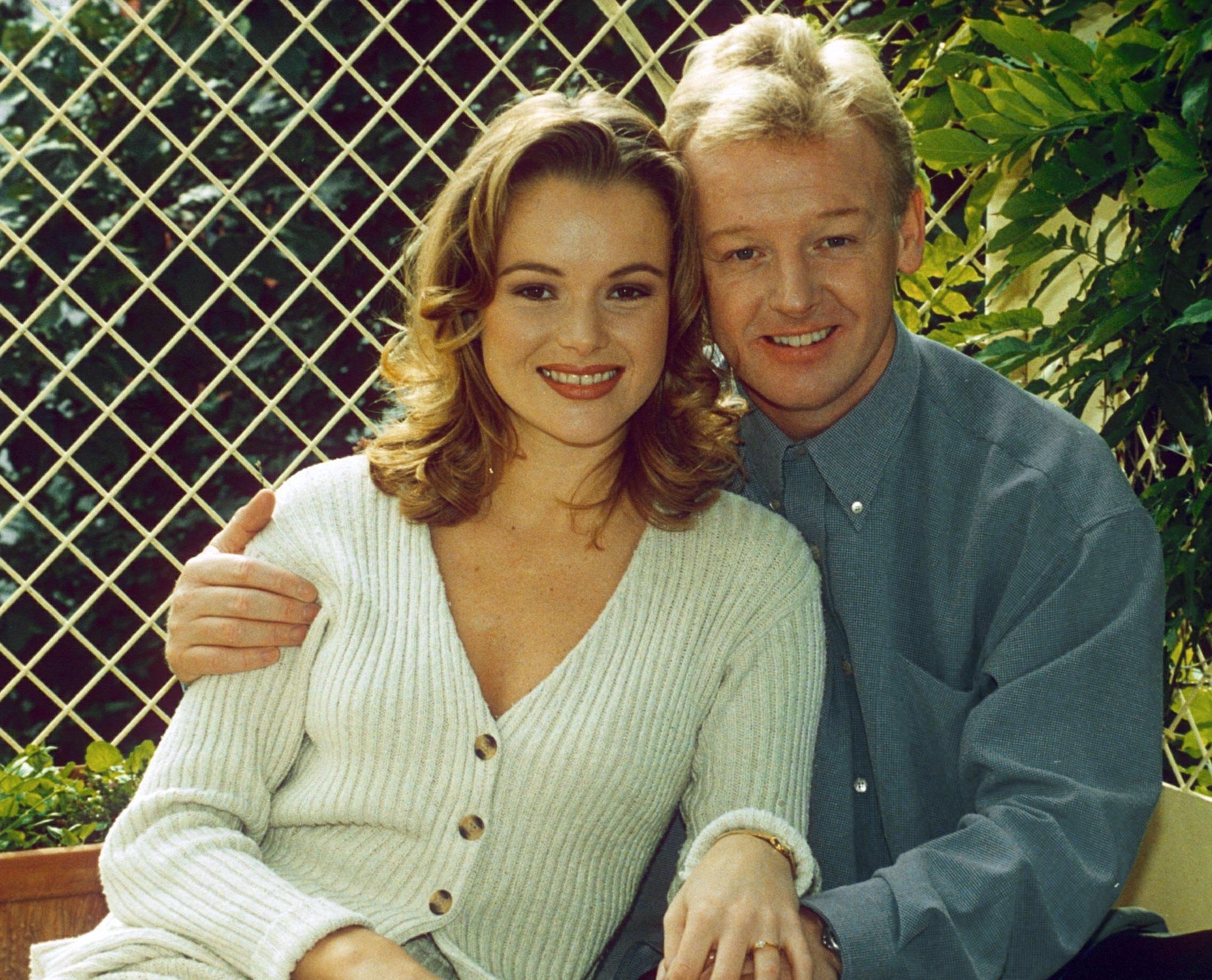 They gave things another go before separating in 2002 and divorced the following year.

The pair, who shared a £3.5 million home together, are thought to have worked out their own financial settlement.

Speaking previously about the affair, Amanda said: "I stand by my statement that women don’t have affairs for sex. You are not happy in your marriage if you seek affirmation somewhere else.

“The thing that angers me is that, if I was a man, it [the bad image] would have all ended years ago. 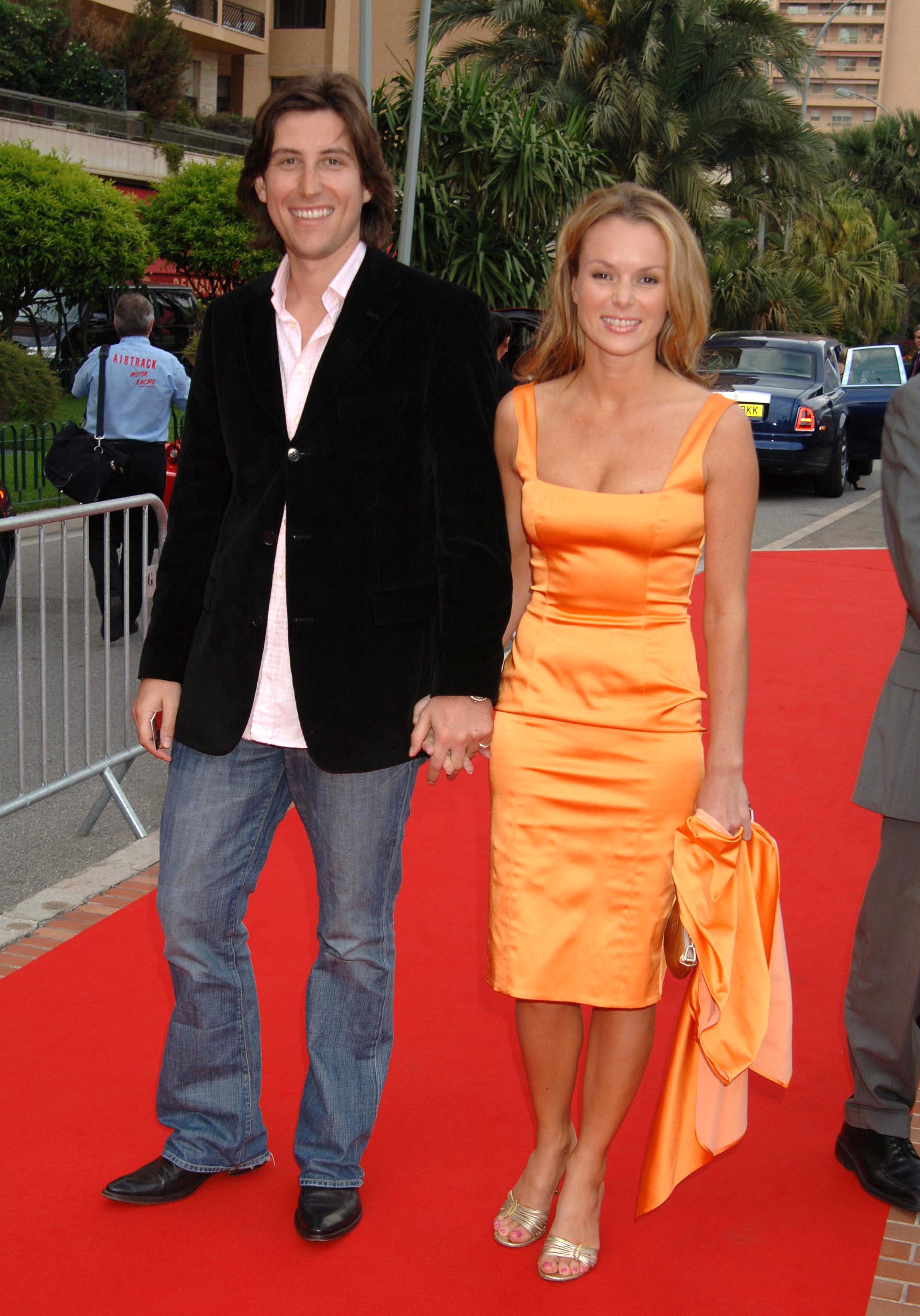 MANDY'S MILLIONS – HOW SHE MADE HER MONEY

These are the speculated fees Amanda is believed to have received over the years. The star is now reportedly worth £6 million.

"If I was Lenny Henry or Angus Deayton or any of the others, but it’s only ever me. I’m not like this slapper, I haven’t put it about. I was engaged twice. I was a relationship girl.”

The actress, who currently lives in Richmond-upon-Thames, London, is now married to Chris Hughes and the couple have two children, Alexa, 13, and Hollie, seven.

In February 2011, Amanda lost her baby son Theo when he was stillborn at seven months.

Amanda and her family moved into a modern five-bedroom house in Richmond bought for £2.1m in 2008 and for which she's since been offered £2.5m. 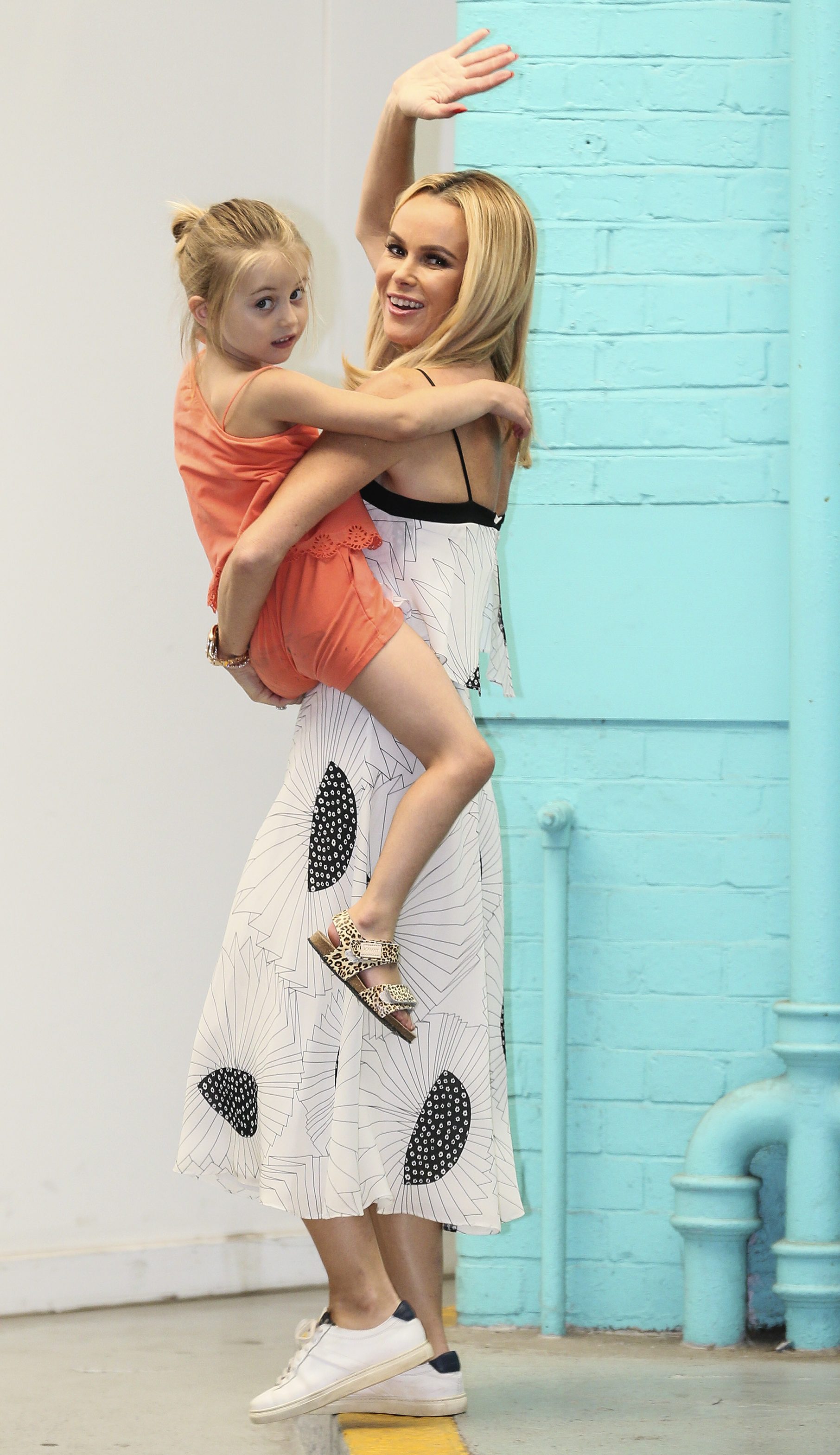 Amanda’s latest job is one of her most lucrative yet with her £3million deal with Heart Breakfast making her Britain’s best-paid female showbiz host.

Her two-year contract on Heart breakfast will see her pocket even more than her new rival, Radio 2’s Zoe Ball, who earns around £1.2m a year.

Sources say she could outstrip TV pals Ant, Dec and Holly Willoughby thanks to a string of other lucrative contracts.

As well as judging Britain’s Got Talent, she will be on its new spin-off show BGT: The Champions.

Elsewhere Kate Garraway speaks to Fabulous about dirty weekends, dealing with Piers Morgan and why she’s hit her prime at 51.

And from Ariana Grande to Beyonce, we reveal which star is the biggest diva of them all.