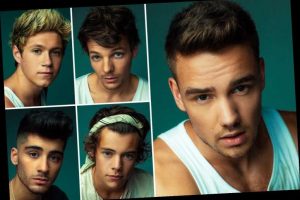 IT'S been 10 years since Harry, Liam, Zayn, Niall and Louis stole the hearts of teenage girls the world over.

Fabulous’ Beth Neil, who interviewed the boys on each of our three exclusive cover shoots with them, looks back at the band that became a global phenomenon. 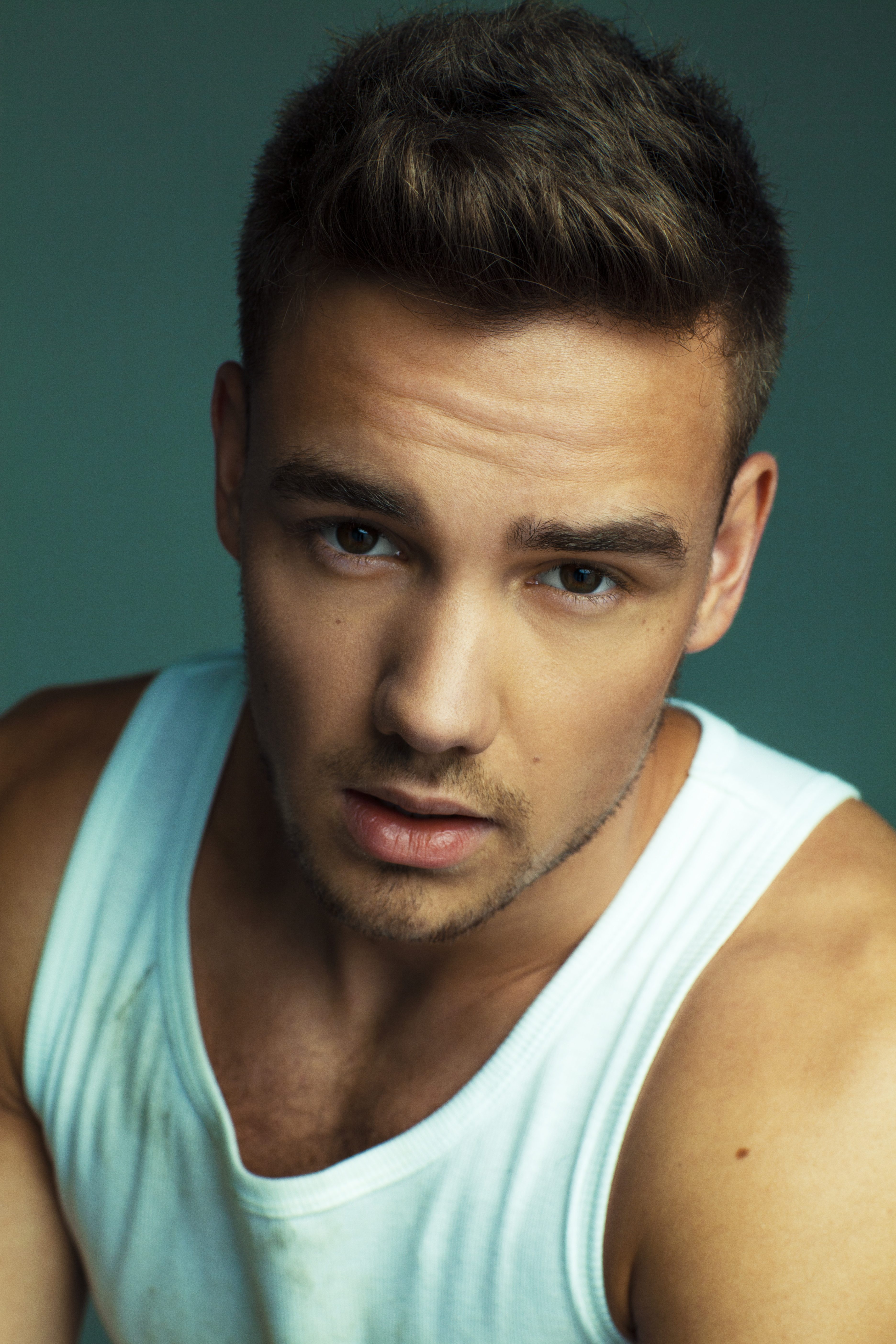 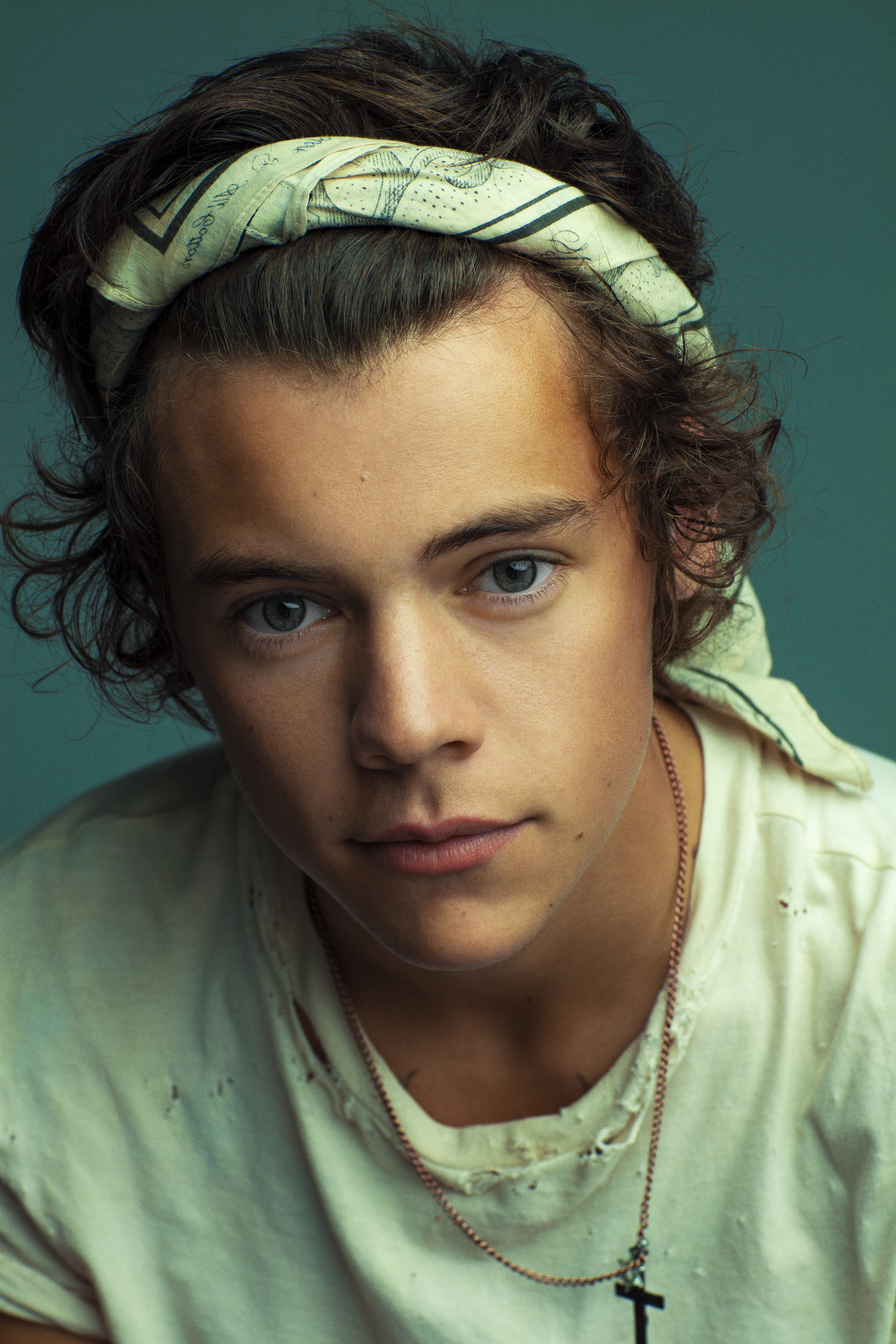 Theirs was a story made in pop heaven, so sublime it could not have been planned and so remarkable it will probably never be repeated.

Ten years ago, five teens, each with a penchant for Converse, skinny jeans and braces, were brought together by Simon Cowell and The X Factor to become global icons, multimillionaires and, some might say, the biggest boy band the world has ever seen.

Not only did One Direction sell more than 50 million records worldwide, release five albums in as many years and rake in over £200,000 a day, they also left an indelible mark on modern popular culture.

They were the first band to truly harness the power and influence of social media and create the most international and intense of fandoms which, at its peak, drew comparisons to Beatlemania. 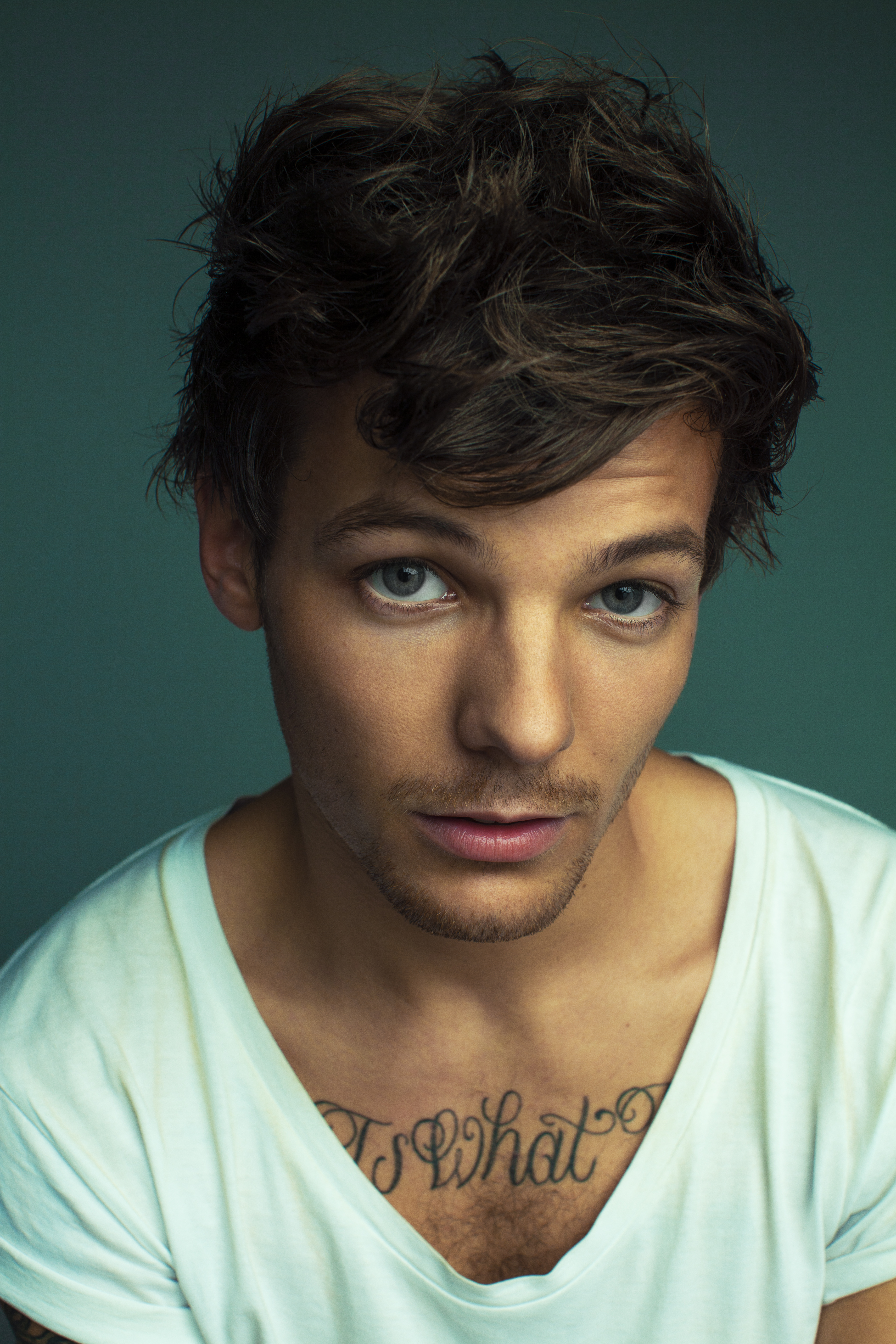 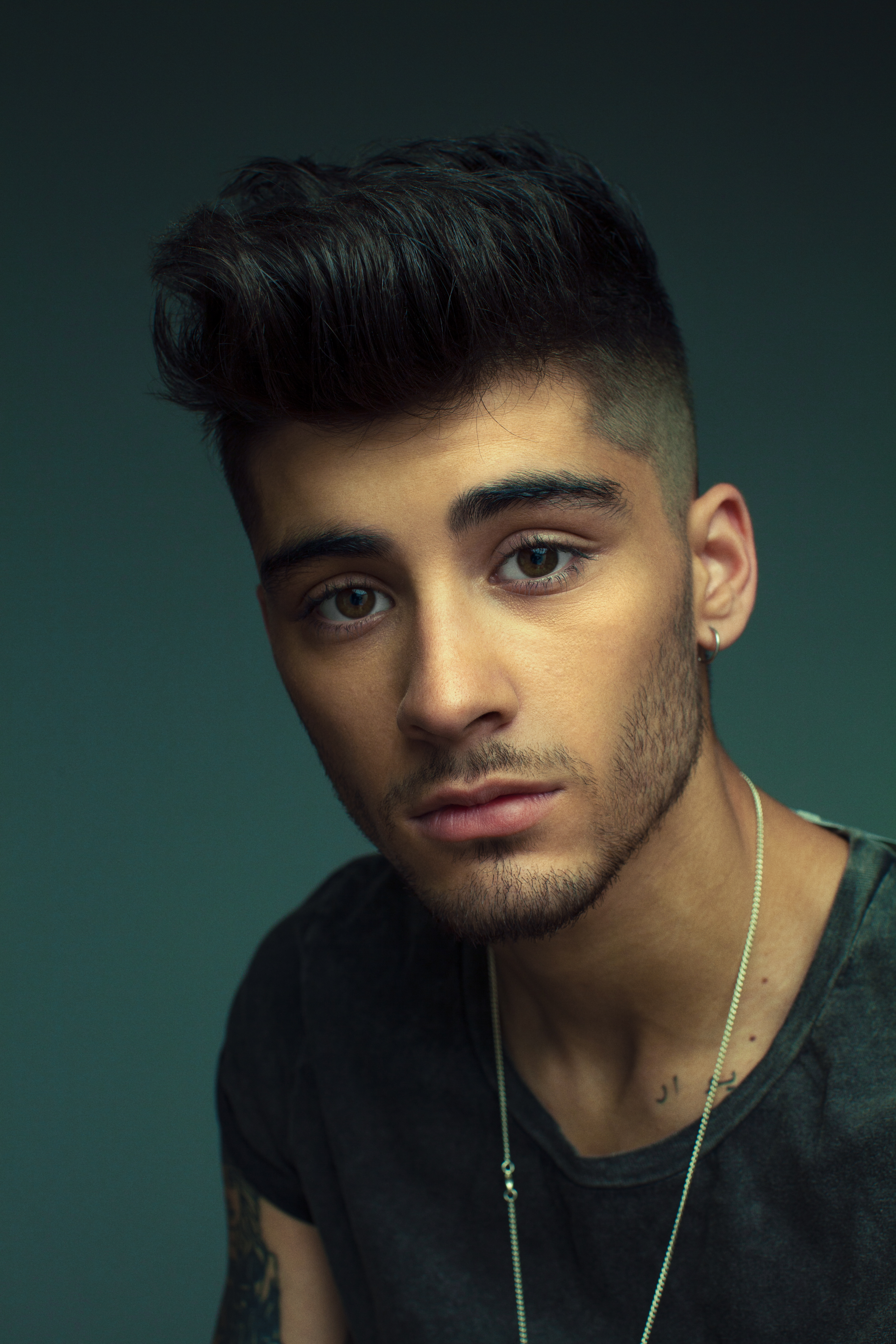 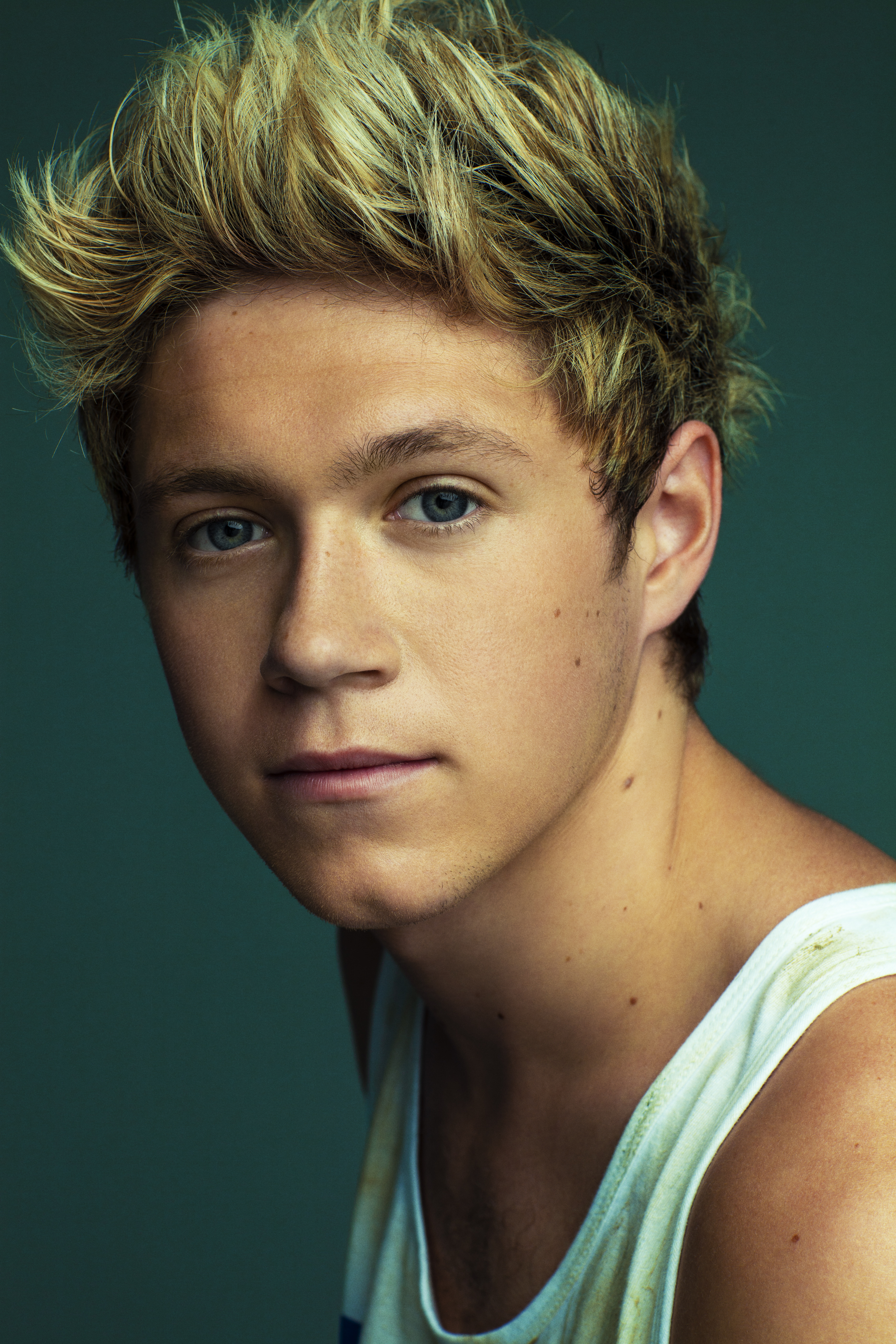 There were many contributing factors to the band’s stratospheric rise – undoubtedly, there was an element of right place and right time.

They had looks, personality and a great platform coming off The X Factor at the height of its popularity, with nearly 18 million people tuning in to that year’s final.

But it was utilising the likes of Twitter and Tumblr that proved crucial when it came to marketing the band and launching them globally.

The boys may currently be on the world’s longest hiatus (four and a half years and counting), but the Directioners have stayed fiercely loyal and there was huge excitement recently when rumours of 10th anniversary reunion plans started circulating. 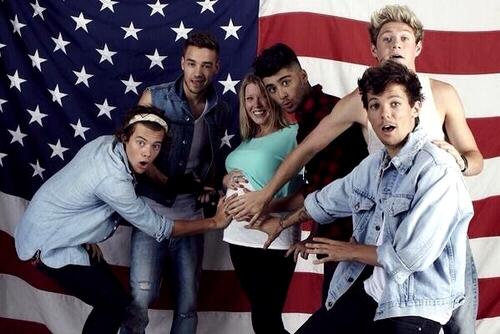 It was back in the summer of 2011 that Fabulous first shot 1D for the cover, eight months after The X Factor had finished and shortly before the release of their debut single What Makes You Beautiful.

The hit would go on to reach the top spot around the world and see them smash America, a feat no other British boy band in recent memory had come close to achieving.

Their lives were about to change forever in ways they couldn’t possibly have imagined, and although it → definitely felt like they were on the cusp of something explosive, no one could have predicted what was to come.

They were typical teenage boys back then – excitable and easily distracted – but they were also unfailingly sweet and showed flashes of maturity way beyond their years. 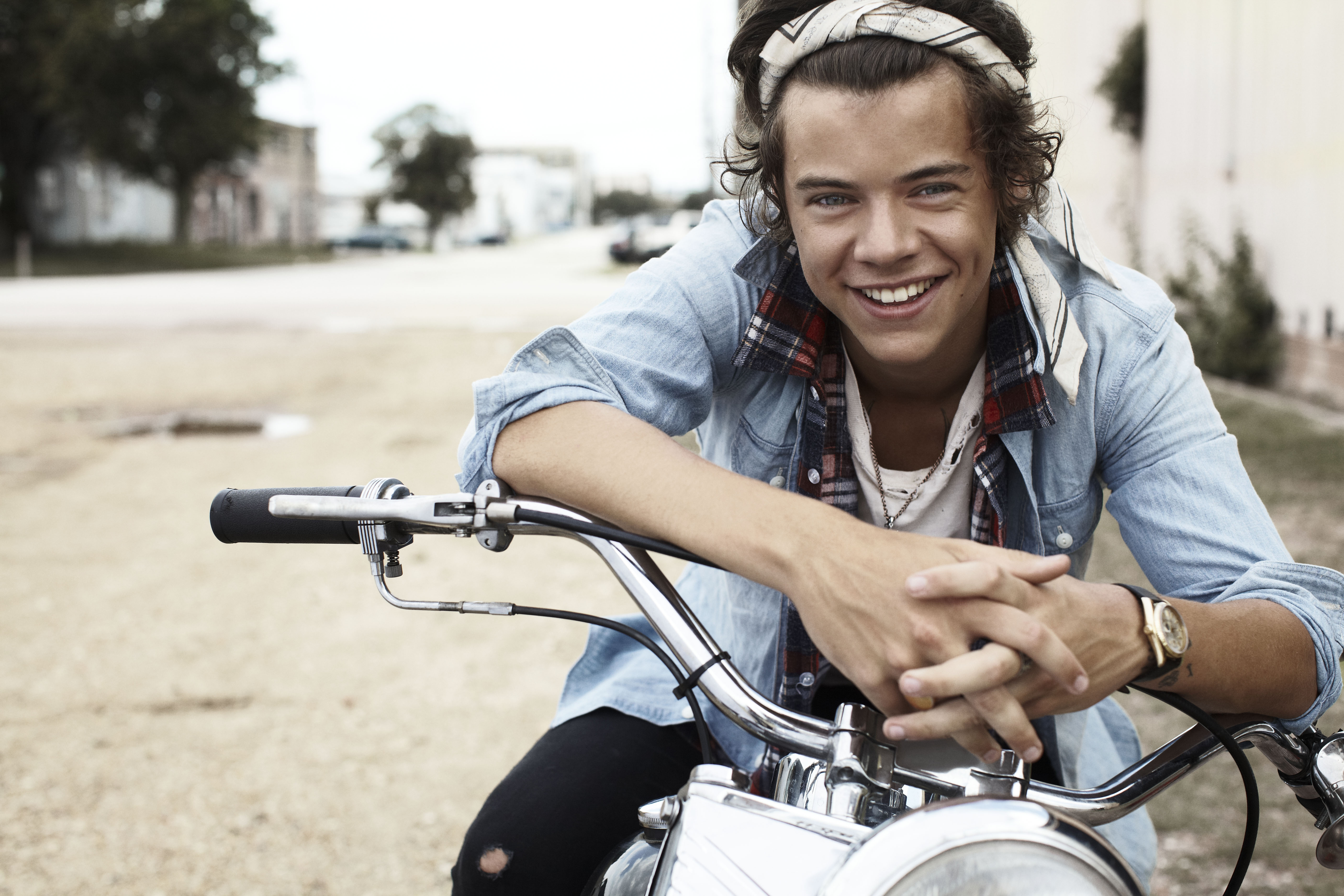 Zayn was shy and seemed the most uneasy with the attention, alluding to that in our interview when he described how difficult it was even to nip to the shops without being mobbed.

Harry stood out. There’s always been something about Harry, something effortless and magnetic, an easy confidence that never spills into arrogance, a natural charm that makes anyone talking to him putty in his hands and which never feels contrived or too slick.

He has charisma in spades, but never seems aware of it himself, although he surely must be.

My then-15-year-old 1D-mad cousin had come along to the photo shoot as a special treat and Harry greeted her like an old friend, happily shooting the breeze while she desperately tried to play it cool. 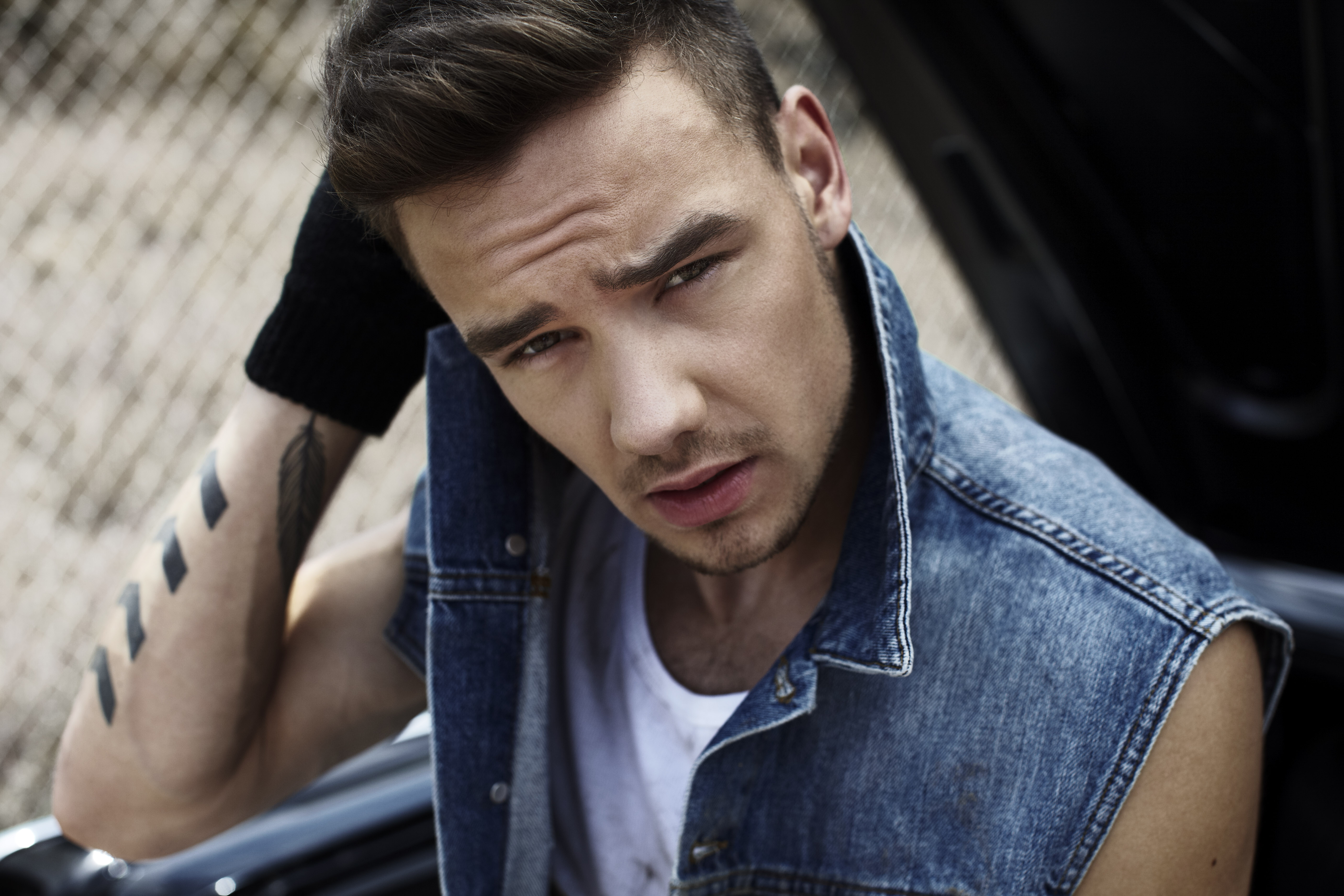 He shook hands with and engaged in conversation with her dad when he came to collect her, and remembered her name as he hugged her goodbye.

He absolutely made her day (year, even). Nearly a decade on, her father still talks about how impressive he found him.

When we shot them next, about a year later, the world had gone One Direction crazy. The boys were worth millions, had scooped several awards and later that year would sell out Madison Square Garden in New York within 10 minutes of tickets going on sale.

Although it felt a bit like herding cats at our studio in north London – with Liam and Louis tearing off along a nearby towpath on a couple of Boris bikes just when they were due on set, and then the main group shot taking an age to nail (at one point the increasingly exasperated photographer had to put a stop to the messing about and order them to, ahem, quit cupping each other’s genitals and STFU) – the boys were just as charming and likeable and seemed unchanged by their phenomenal success.

However, some frustrations were understandably creeping in and Liam spoke of being “p**sed off” about the stress fans were subjecting his then girlfriend Danielle Peazer to, while Zayn admitted that out of the five, he was finding fame “the most difficult”. 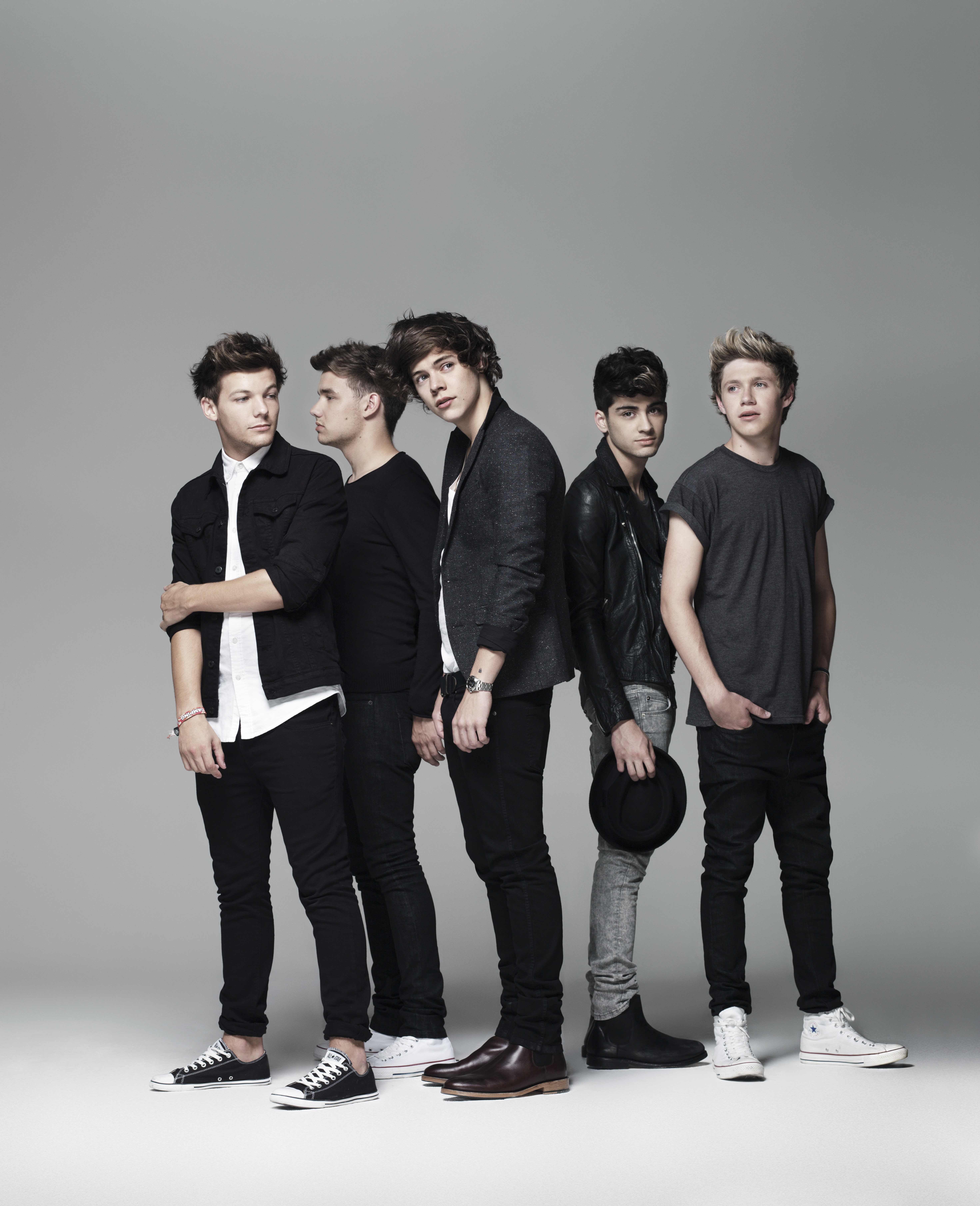 There were clearly a lot of perks, but the boys, still only 18 and 19, had sacrificed a lot, too.

Interestingly, given that it was Louis who would later fight to keep the band together when they eventually went their separate ways in January 2016, he was the one least affected by the downsides of fame. When asked if it was still possible to have a normal life, he was unequivocal.

“Definitely,” he said. “I’ve never understood people saying they literally can’t go out anywhere.” And on the subject of low points, he replied: “There hasn’t been one. I’m not even bulls**tting!”

By far the most memorable shoot took place in July 2013 in Houston, Texas, where we got to witness first-hand just how colossal the boys had become and the lengths fans would go to track them down. 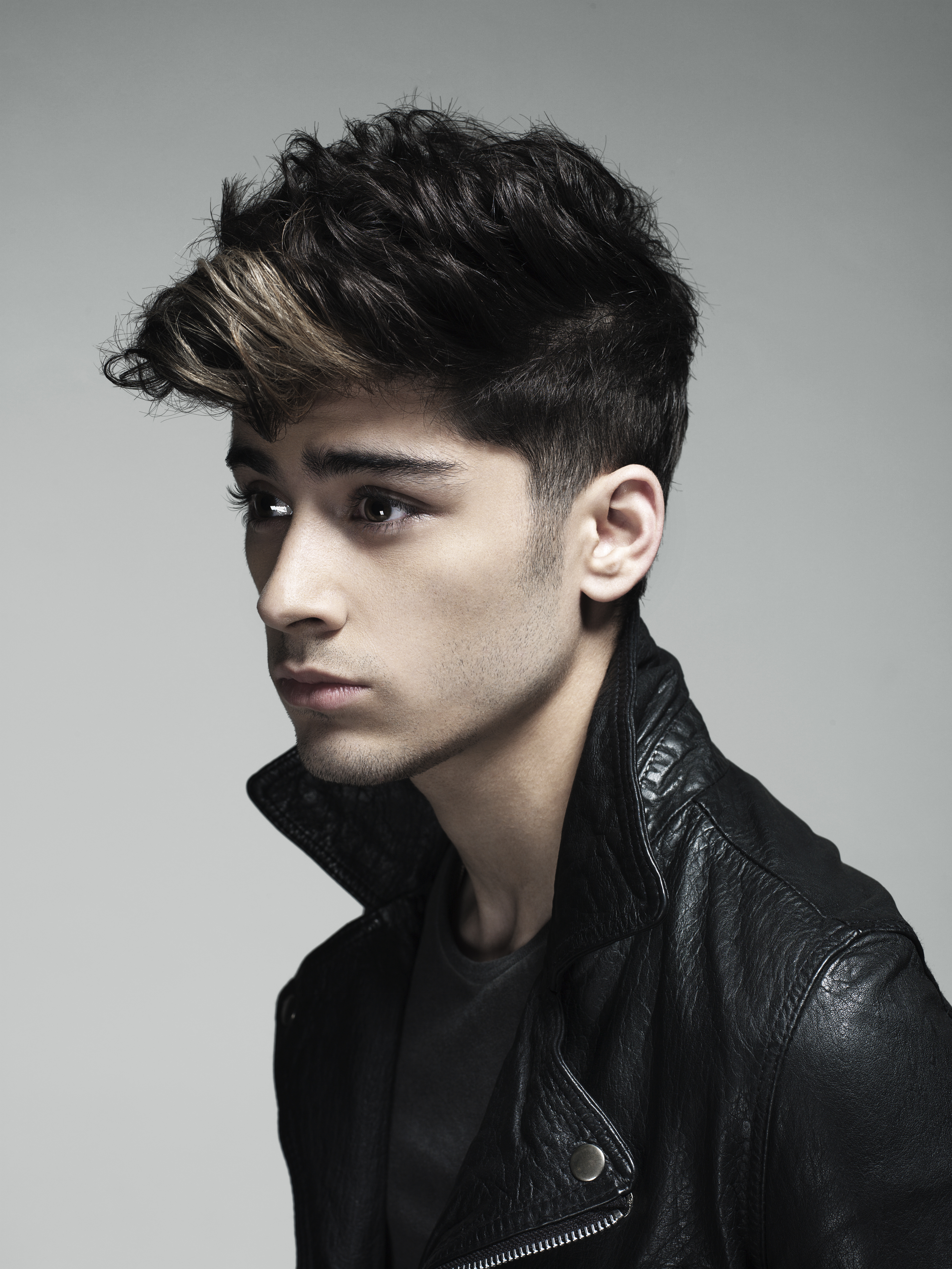 Directioners assumed the band were staying in our hotel (they weren’t, although members of their team were) and so staked out the lobby.

On the day of the shoot, we travelled to wasteland in the middle of nowhere and yet the super-sleuthing Directioners somehow tracked us down and a crowd quickly gathered on the road opposite, which grew throughout the morning.

The band, used to it by now, were completely unfazed – indifferent, almost. The atmosphere on set was relaxed – I was pregnant with my first child and the guys were happy to pose for a “bump” picture with me. Career highlight, no jokes.

“How did the fans find us?” I asked Harry, who smiled, shrugged and replied: “They always do.” The only time there was a minor irritation was when Liam and Zayn were caught smoking on a fan’s camera and the pictures were immediately uploaded to Twitter.

Hip-hop-loving Zayn had dreamed of becoming a solo artist and somehow found himself in a boy band.

While the boys were as amiable, unstarry and obliging as ever (it’s to their credit that I have never found any of them to be anything less, including the times I’ve interviewed them post-1D as solo artists), there was a definite shift in their overall demeanour now.

In the middle of a gruelling eight-month tour, they seemed slightly jaded, a little world-weary and more concerned about grabbing a catch-up nap on the tour bus than indulging in the high jinks and banter we’d seen on previous shoots.

There was a sense that they were going through the motions and at times it felt like they were on autopilot. That night we watched them perform at the Toyota Center to 18,000 screaming fans. The atmosphere was electric, but cracks were appearing.

Just a month earlier, a fed-up Liam had ranted on Twitter about a fan who was repeatedly calling his hotel room, and Louis has since admitted that the relentless Larry rumour mill – which saw a persistent group of fans pushing the myth that he and Harry were having a secret romance – affected the once close friendship between them. 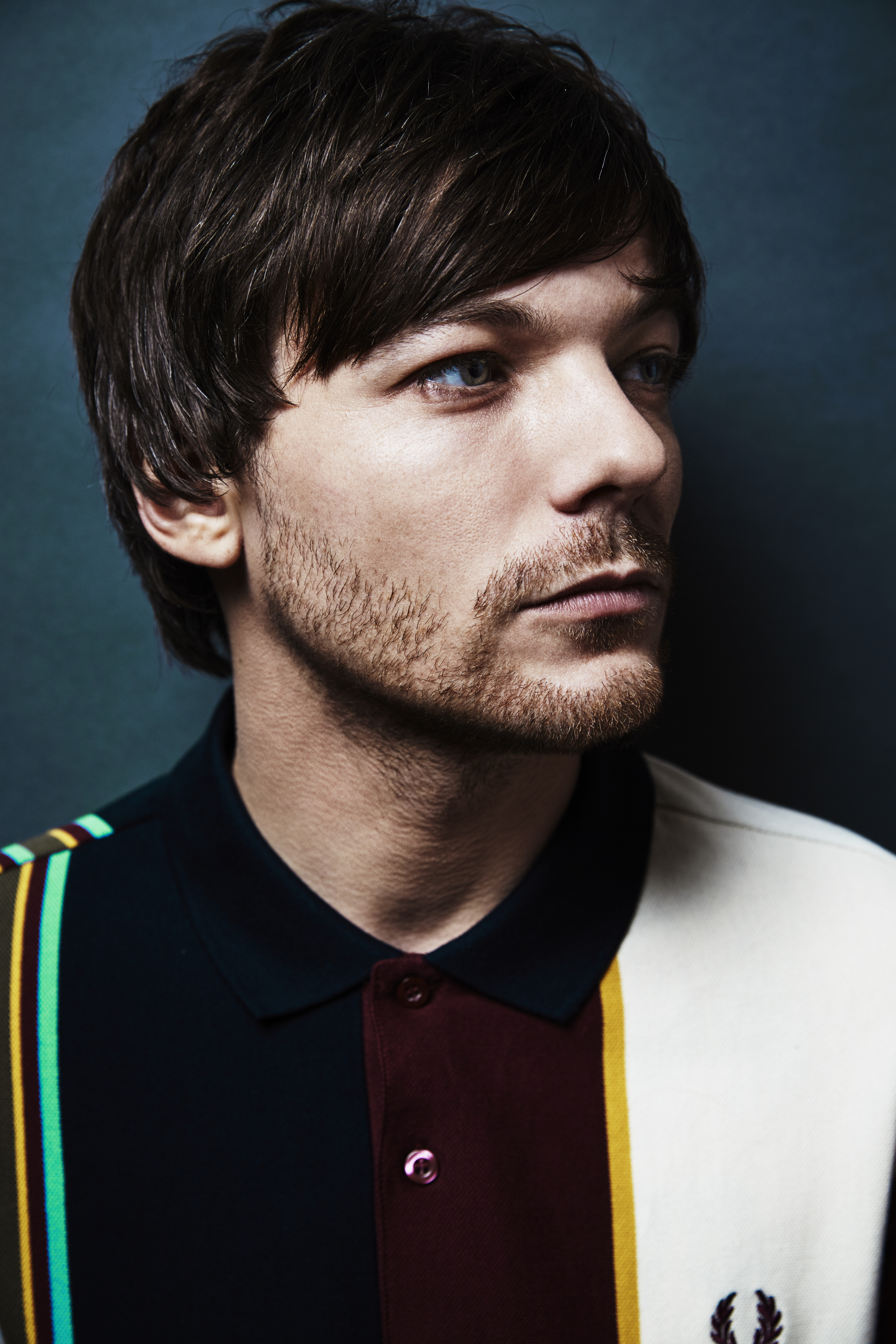 Boy bands don’t last forever, and no one was that surprised when Zayn announced he was quitting in March 2015. From day one he’d found elements of being in the band extremely uncomfortable – even back at the bootcamp auditions and before the boys had been put together, he’d walked off stage, too embarrassed to take part in the choreography (“I hate dancing, I feel like an idiot”).

In the months after his departure, he rather mean-spiritedly described 1D’s music as “generic as f**k” and said it was not the kind he would listen to himself. Hip-hop-loving Zayn had dreamed of becoming a solo artist and somehow found himself in a boy band.

Harry, Louis, Liam and Niall soldiered on as a foursome until the end of the year, but the writing was on the wall. They had grown up and grown apart and wanted to explore opportunities beyond One Direction.

Since then, all of them have experienced solo success to varying degrees, although none have managed to surpass or even emulate what they experienced with the band. 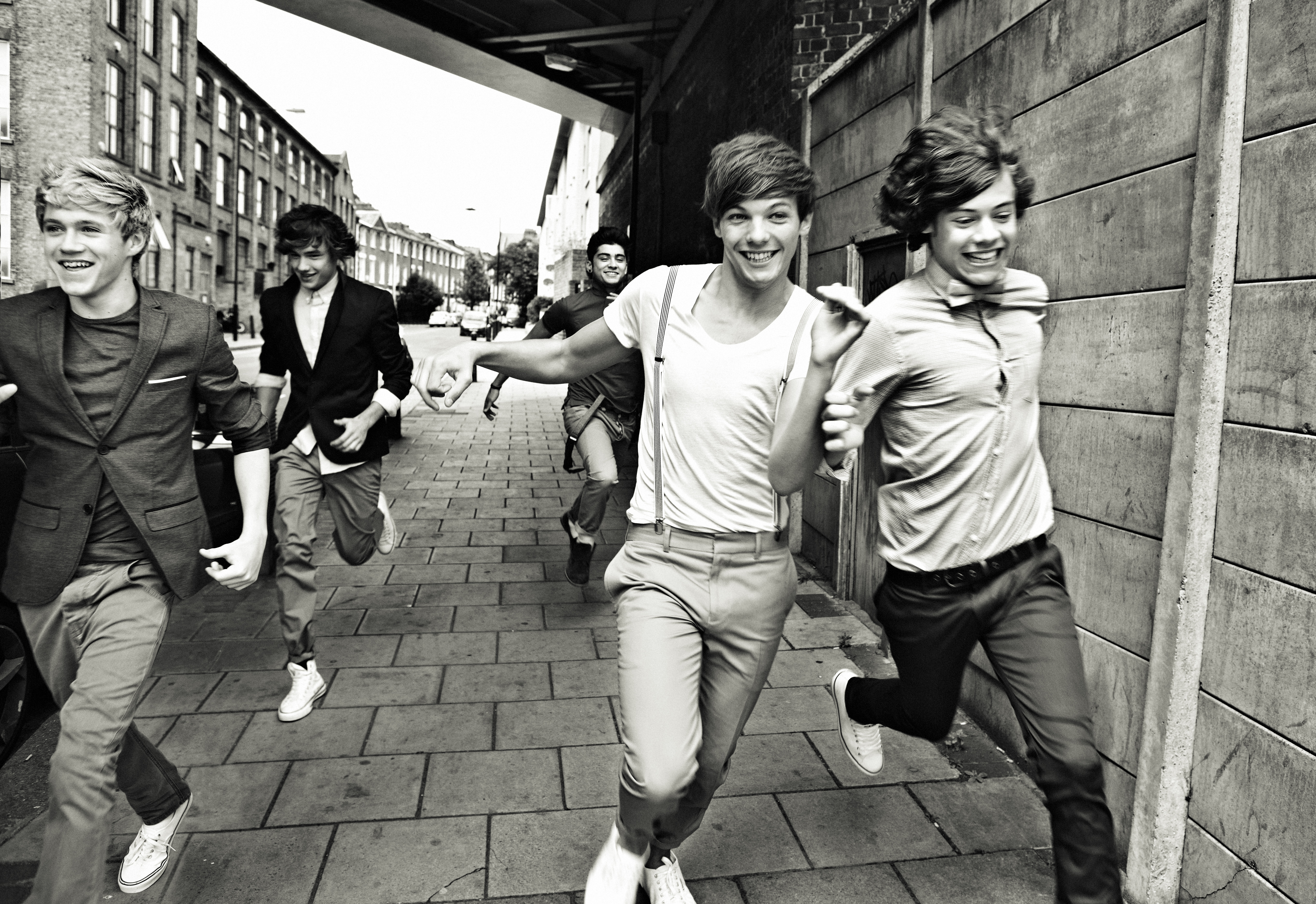 Harry has two chart-topping albums under his belt and has branched out into acting with a critically acclaimed role in Dunkirk and become just as well-known for his outlandish fashion choices as he is for his music.

Louis, who was the last to release an album with Walls earlier this year, and Liam have both become fathers, while Zayn has a baby on the way with girlfriend Gigi Hadid. Niall has quietly carved out a career as a respected singer-songwriter with two bestselling albums, the first of which went to No.1 in the States.

They’re all ploughing their own furrows and none of them need to reunite, financially or professionally. But the appetite for the reunion is certainly there among fans.

Liam himself has said that 10 years is a “very special moment”, appearing to confirm it was on the cards, although he later admitted that Louis had told him off for letting the cat out of the bag. Whatever does happen, it seems unlikely that Zayn will be involved.

They all insist publicly that there are no hard feelings, but tensions remain with Louis in particular – he was understandably deeply hurt when Zayn was the only one who didn’t show up to support him during a solo X Factor performance just days after losing his mum in 2016.

But even if the rumours of a celebration of the milestone anniversary are true, the coronavirus might have put paid to any plans for a reunion gig – at least this year, with any mass gatherings ruled out for the foreseeable. What could work instead is a link-up via social media, which would bring the boys together as a band while adhering to social distancing rules. Watch this space.

What is certain is that the One Direction faithful will be waiting and hoping. However long it takes. Something tells us the 1D story might just have one more chapter to play out yet.