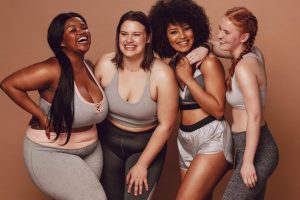 Let’s face it: Some fashion trends just don’t translate well on certain body shapes. For years, I attempted to rock ruffles, pleats, and other fashionable accents that only made my hourglass shape appear heavier. Until I learned how to work with (and not against) my body shape, I was constantly asking myself why my top looked better on the model. Figuring out which body shape you most resemble could help you avoid diminishing your natural curves.

Though every person’s body shape is different, it’s likely that your body at least falls into one of four categories, according to Who What Wear: Inverted triangle, in which your shoulders or bust are larger than your hips; rectangle, in which your shoulders, bust, and hips are roughly the same size; triangle (or pear-shaped), in which your hips are wider than your shoulders; or hourglass, which is exemplified by a defined waist with shoulders and hips that are roughly the same size. Aside from these main body shapes, Oprah’s fashion expert, Bradley Bayou, details at least 44 other body shapes in his book, “The Science of Sexy,” which is now considered to be the ultimate guide to body types (per InStyle).

According to Who What Wear, if you’re struggling to determine which body shape you most resemble, pulling out the measuring tape might be your best bet.