A WOMAN has gone viral on social media after revealing her man left her a few months after she had donated a kidney to save his life.

Colleen Le, from America, explained that her boyfriend at the time needed a kidney transplant due to a chronic kidney disease that left him needing dialysis at the age of 17. 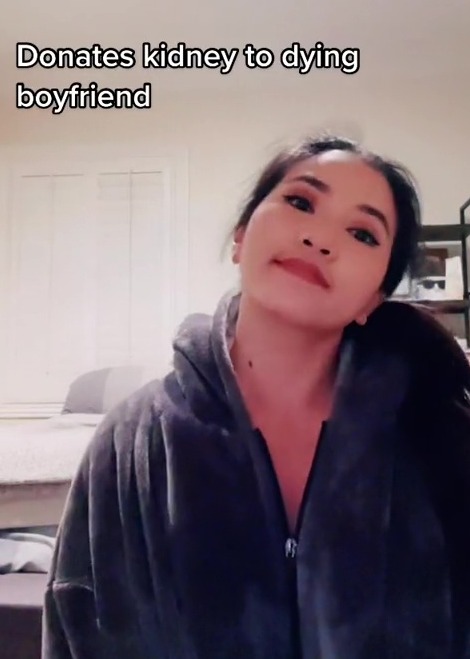 After finding out they were a match, the 30-year-oldvolunteered to donate one of her kidneys.

However, less than a year after the operation she found out he had cheated on her during a trip to Las Vegas and then broke up with her in the following months – even after she had forgiven him.

''If we are meant for each other, God will bring us back together in the end,'' she claimed he had said.

He then proceeded to block her on all social media platforms.

She has since shared her heartbreaking story in a series of clips, including one in which she said her ex-boyfriend accused her of donating a kidney to ''look good''.

The TikTok star has reached over 2 million likes, with many praising her for saving her ex-boyfriend's life and commenting that he didn't deserve her.

''I wonder if he understands the seriousness of donating a kidney.

''You literally sacrificed your life for someone,'' wrote a viewer.

Another said: ''Don't worry girl, he literally cannot live without you and he has to deal with that for the rest of his life.''

''You should still be proud of yourself, knowing you saved someone's life is the biggest flex,'' a fellow TikTok user thought.

''He didn't deserve you nor did he deserve the gift you gave him,'' read one of the comments.

Meanwhile, people think low sex drive is the biggest problem couples have but this is what it REALLY is.

In other relationship news, a couple with a 22-year age gap between them have insisted they're happier than ever, despite critics predicting their romance would never work.

This woman was desperate to get engaged by the age of 30 so she bought a ring and made her man propose. 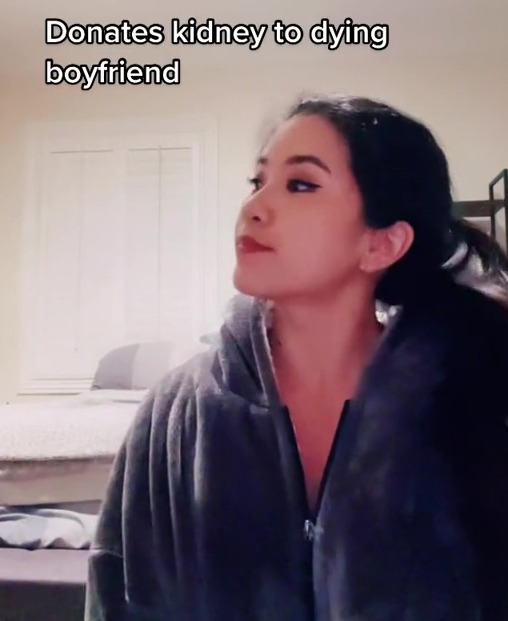