SVAVA Sigbertsdottir's only child Raven was just six when she made the brave decision to move from Iceland to London, in search of a better life for them.

The 38-year-old personal trainer left her daughter, now 21, with her own parents and admits it was incredibly tough – with broke Svava struggling afford food at first. 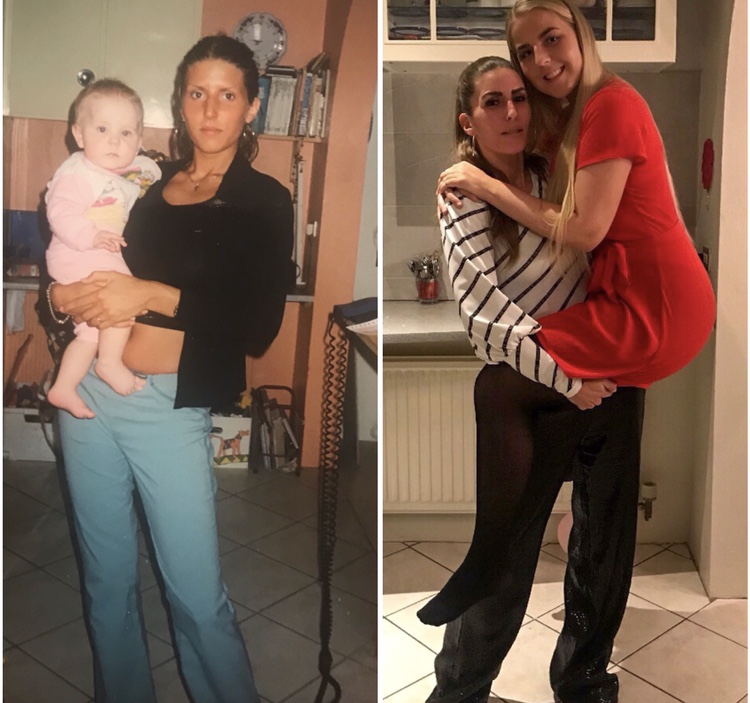 But, with a celebrity client base now including Pussycat Doll Nicole Scherzinger, Britain's Got Talent judge Amanda Holden and model Suki Waterhouse, Svava has absolutely no regrets.

Speaking exclusively to Fabulous Digital, she revealed: "Robin was six when I moved here in 2004.

"I had already split from her dad, who had moved to America to study and become a pilot, so she was staying with her grandparents.

"It was very tough, you just feel guilty all the time. 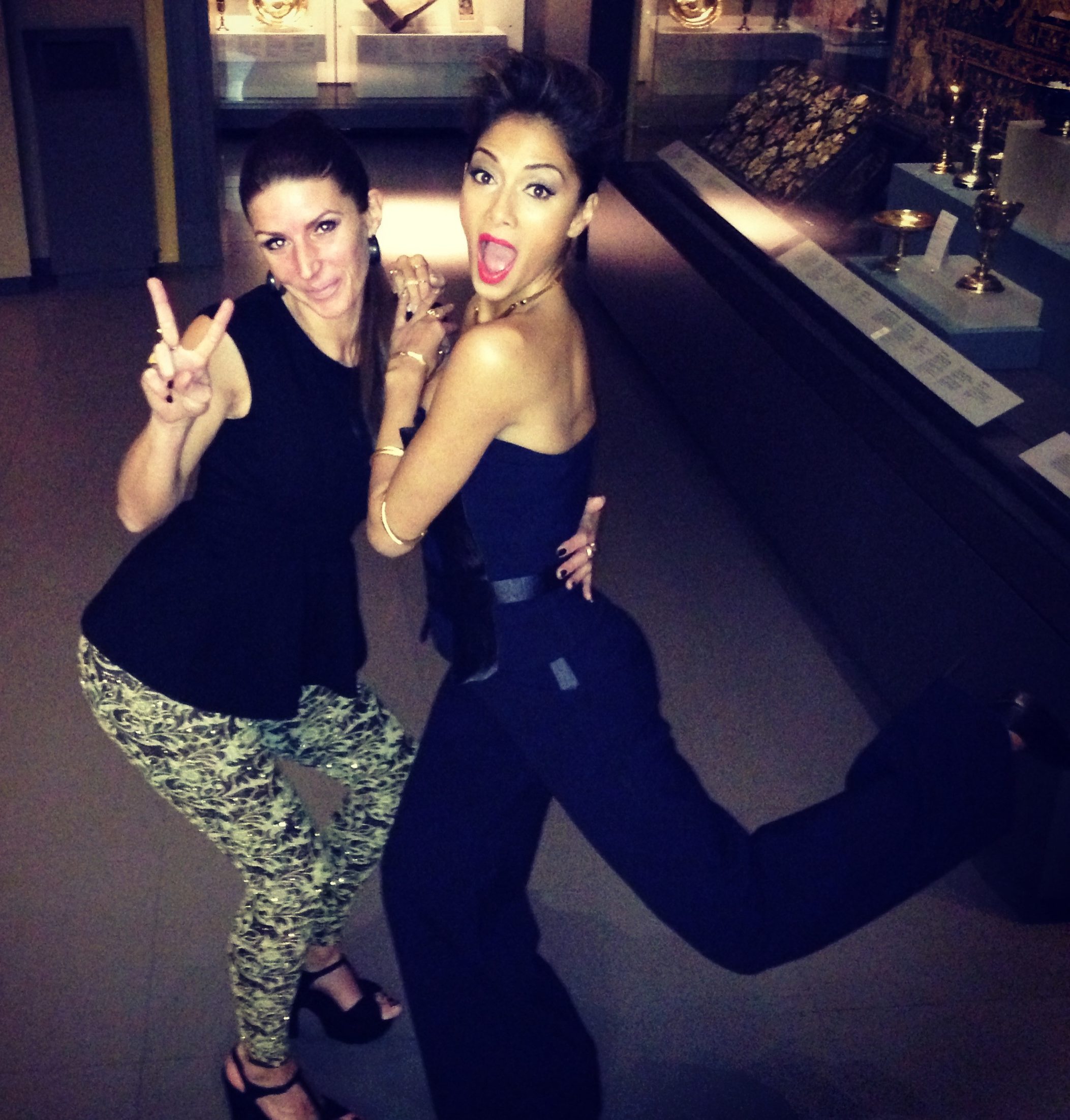 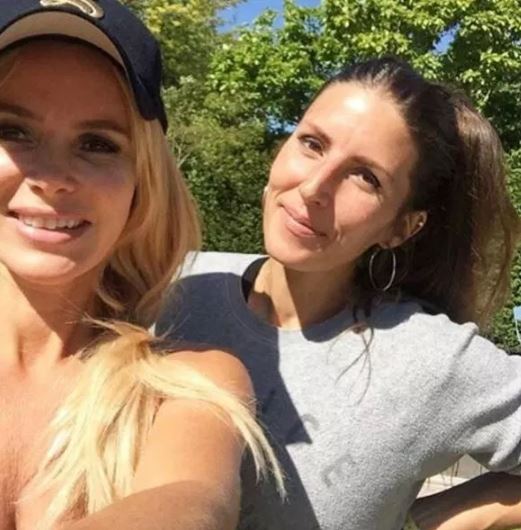 "You know you’re doing it for the right reasons so you have to try and let go of the guilt, but you do feel like that all the time.

"She was fine though, she moved over here when she was nine and I took her to a therapist, to see if she had any problems with people leaving her, but I was told I couldn't have done anything better.

I took her to a therapist, to see if she had any problems with people leaving her

"I wanted to study musical theatre and there were no schools in Iceland, so I thought 'I need to move abroad'.

"I was just going to stay here for three years and finish my degree, but I realised I wanted to do more. Time goes by so quickly."

Svava loved dance school but founds those years a struggle, working round the clock to pay her rent.

She said: "Most of the time I couldn’t afford food, but I worked in a restaurant which was brilliant because you’d get one free meal per shift.

"You didn’t get loads of tips because people had to go up and order themselves, but I'd get like £5 in tips for the evening and still think that was fantastic.

"Schools over here are very expensive, I did have a student loan from Iceland but that only covered the cost of the degree.

"I would go to uni from 9am to 6pm, then I'd work in the restaurant from 6.30pm until midnight during the week, and on the weekends as well.

"It was exhausting. People would come over from Iceland and ask which clubs they should go to and I'd say 'I have no clue, I've never been to a club'." 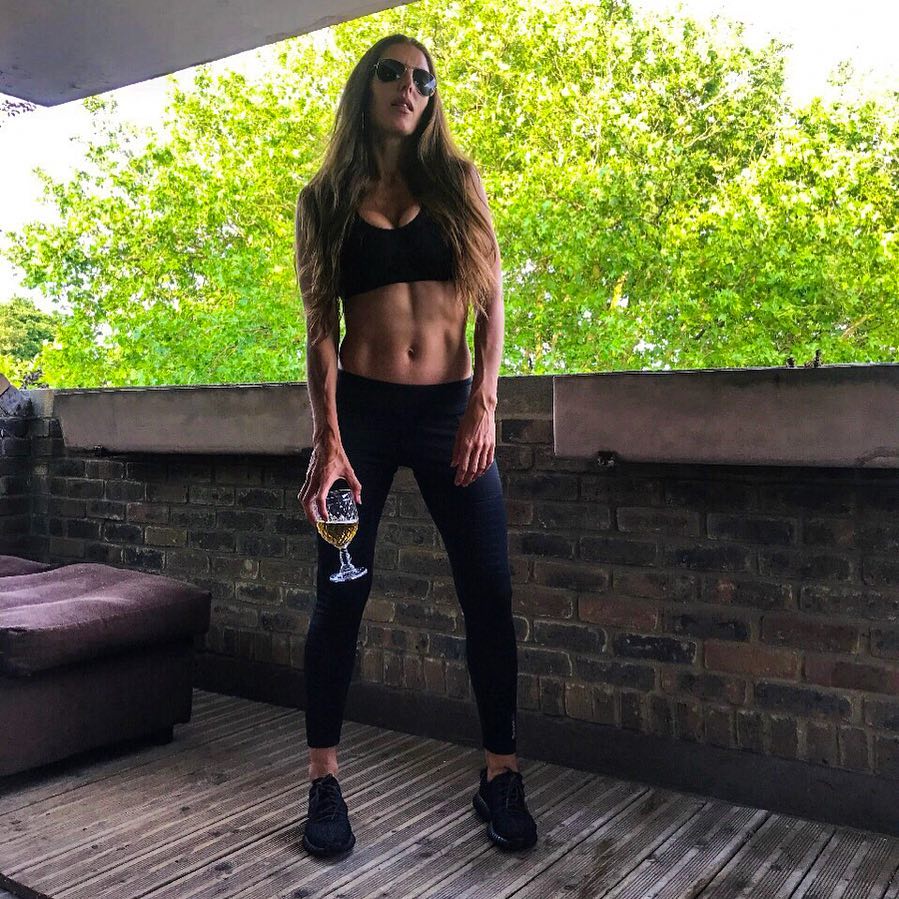 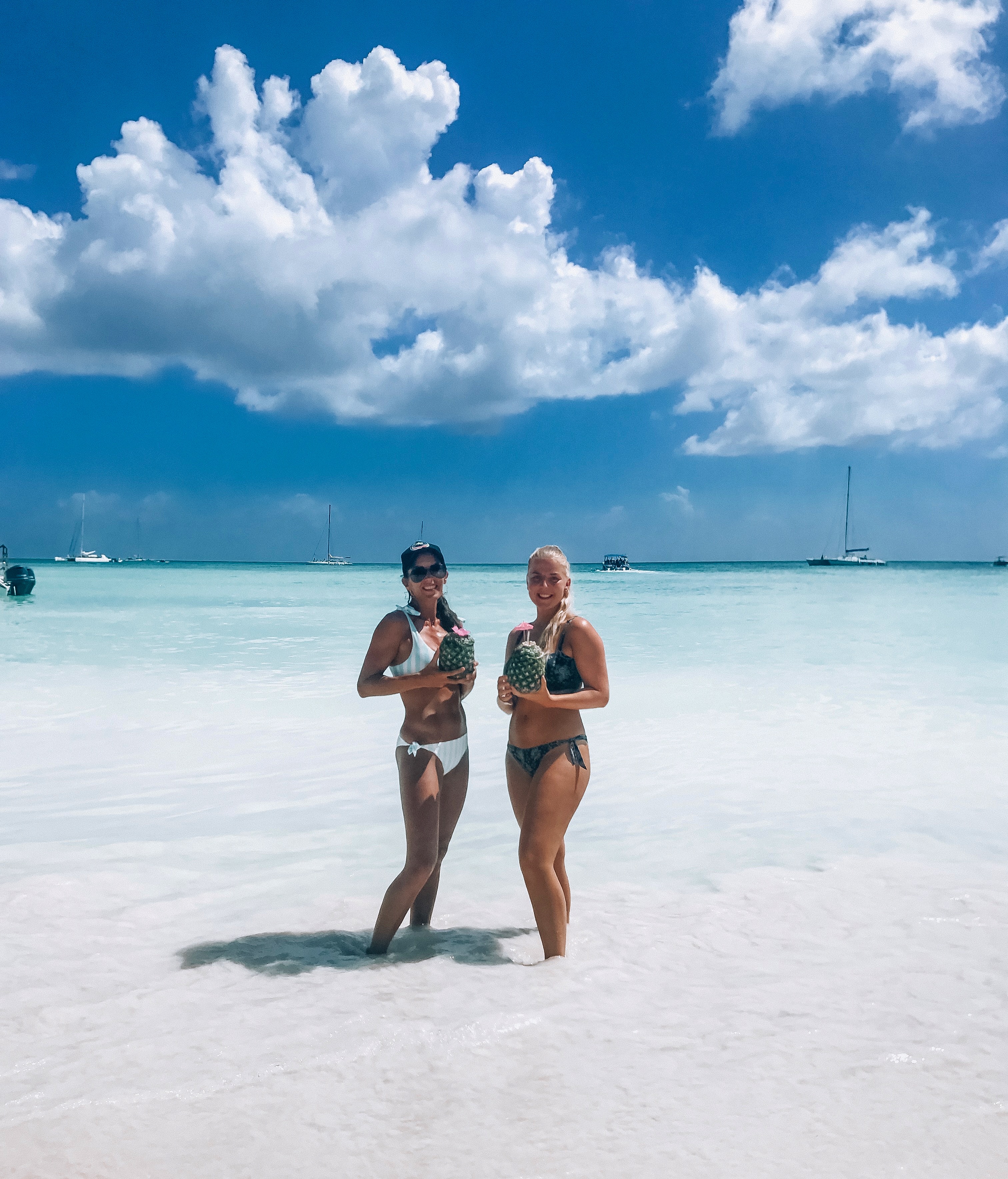 After finishing dance school, Svava decided to combine her training with gym-based strength and toning exercises – and her signature Viking Method was born.

She said: "It's different because it's a clean functional training method, you can do it anywhere.

"There are no filler exercises, no jumping jacks or things like that. Every exercise benefits you greatly.

I train Nicole every time she comes over from America, in her hotel gym, and she works out every other day for an hour

"Core training is in all the exercises, but it's more about balancing and co-ordination."

But Svava hit another wall when she tried to publicise her technique, a challenge which led her straight to Nicole.

Svava said: "I made my own website and thought 'how do I let people know about this?' I'd email magazines and they'd reply and say 'who do you train?'

"So I started emailing people in the limelight, but ones who wouldn't have a trainer already. 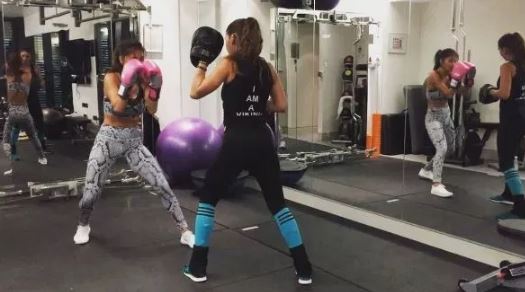 "I thought 'who's over here from America?' This was in 2013, when Nicole was doing the X Factor, so I rang her PA and asked if she needed a personal trainer.

"Now I train her every time she comes over from America, in her hotel gym, and she works out every other day for an hour.

"I started working with Amanda in 2016, I'd emailed her and she got back to me a couple of years later. I train her in her home."

She explained: "It's such a personal relationship training somebody. 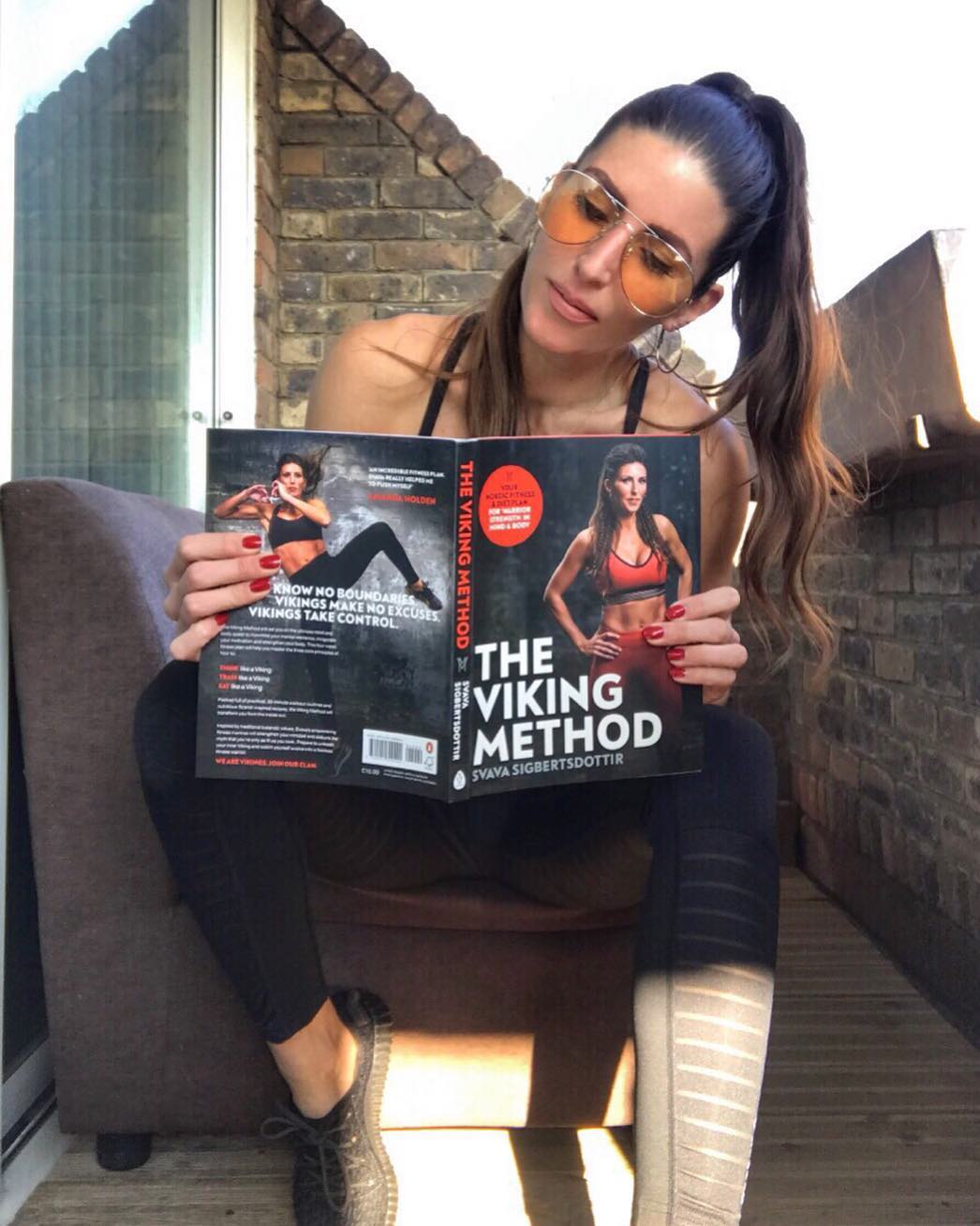 "I'm not saying I'm a therapist but I don't know anyone else in their lives, so it's safe for them to talk to me .

"They tell me things they can't say to anybody else, so you get really close to people."

Now releasing her first book, including her full training plan, and boasting 16,800 followers on Instagram, things are looking better than ever for Svava.

She said: "In a way I'm really glad I went through all the hard stuff.

"Most people give up too quickly, before they see results, not just in fitness but in life too.

"I'm glad I was determined enough not to give up."

Svana's first book, The Viking Method, is out tomorrow and published by Penguin Life. You can buy it on Amazon, for £11.89.