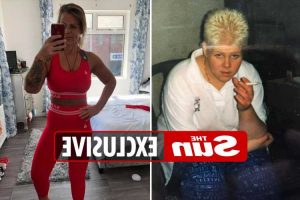 Standing in front of her full length mirror, gym bunny Michelle Heath sucked in her stomach and struck a pose.

At 8st 8lbs, the39-year-old body-building mum, from Belfast, was lean and toned, but there was just one problem… the skin of her back and inner thighs hung down like flaps. 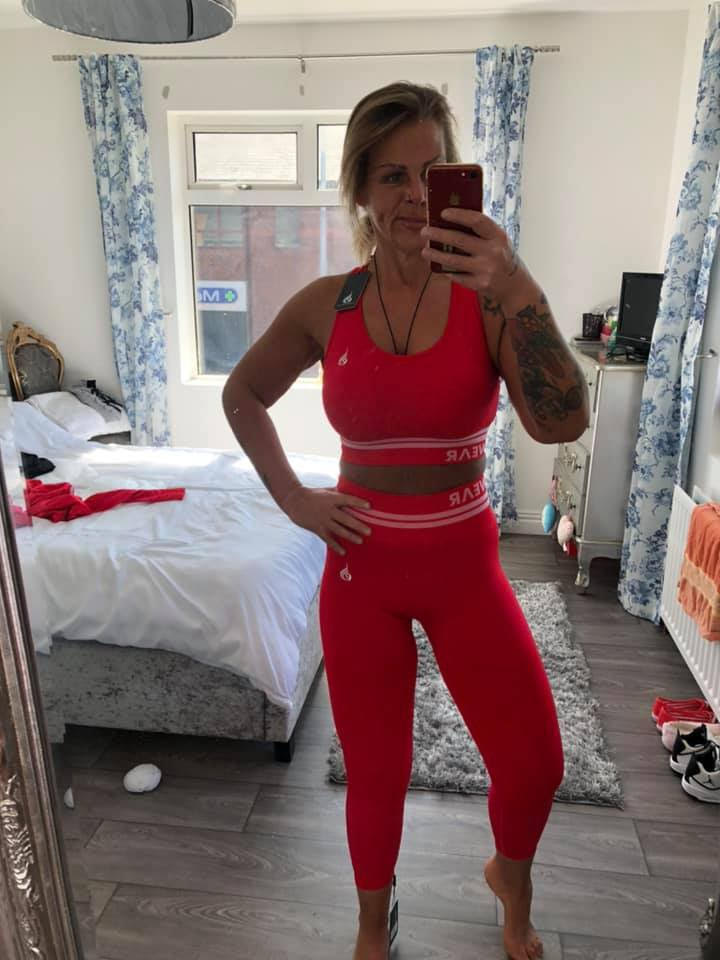 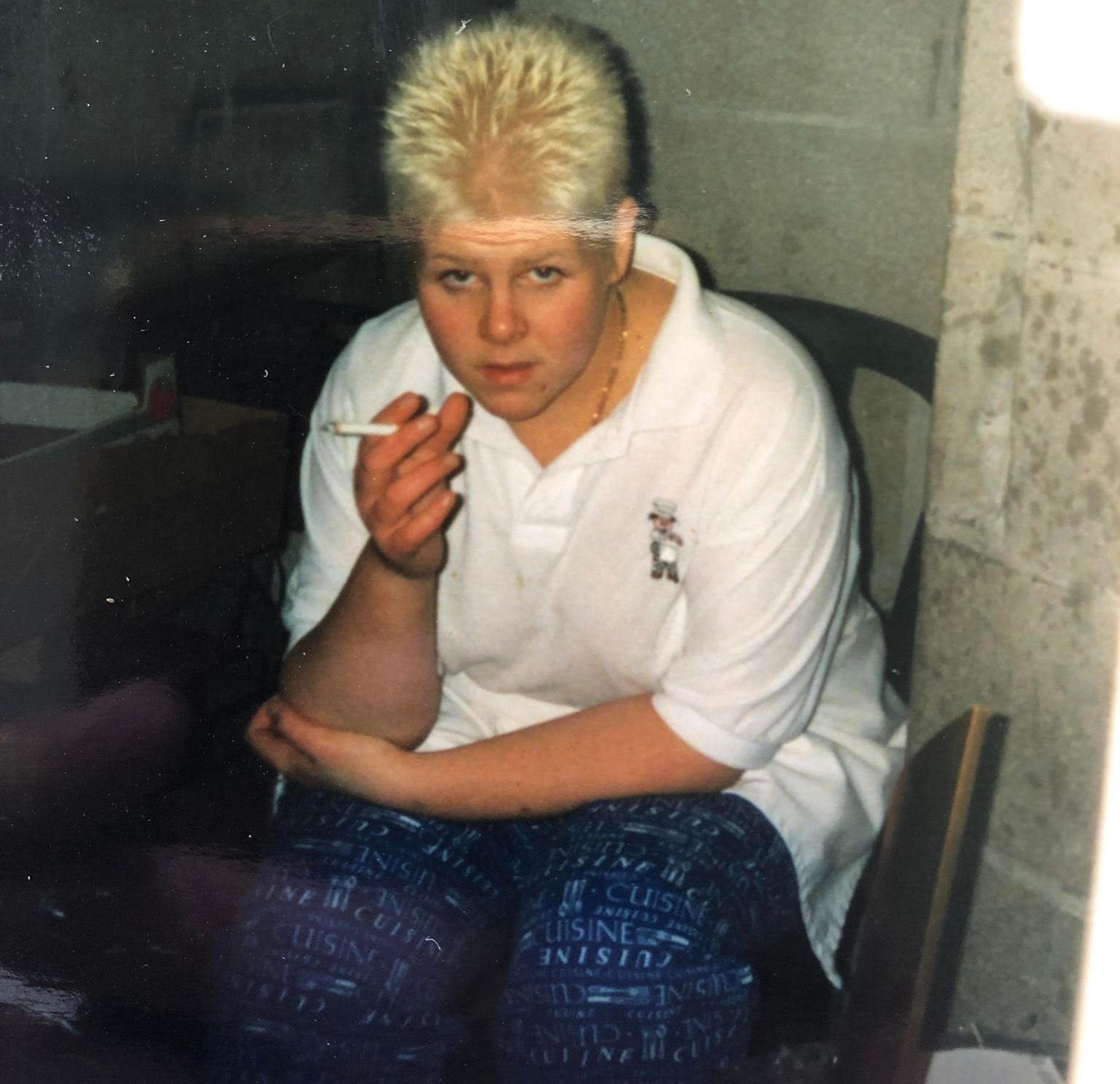 She’d even resorted to tucking them into her shorts and holding them there with duct tape.

At 39, Michelle had spent over a decade feeling ashamed of her saggy skin.

“I grew up in a flat above a newsagent so I was always nipping downstairs for sweets, chocolate and crisps,” she explains. “By the age of 18 I weighed 19st. I was seriously overweight.”

Michelle dieted and started working out in her early 20s, and over the course of a couple of years lost an impressive 10st.

Aged 24 she was given a breast lift and tummy tuck on the NHS after being diagnosed with conical breast syndrome.

She discovered the gym and loved working out, determined to be a healthy mummy for her son Luke, now 18.

“I liked to look nice, I always had a tan,” she says. “But I hated by saggy, wrinkly legs and back. For years I didn’t have the money to do anything about it. I was a busy mum, raising a child – every spare penny went on Luke.

“But during lockdown I finally managed to save a bit of cash. My 40th birthday is coming up in April 2022, so I decided I wanted to finally love my body and feel like I fitted into my own skin.

“I also fancied starting to take part in body building competitions, but there was no way I could do it with my legs and back looking like that.”

Michelle found a clinic in Turkey that had good reviews. She sent them some photographs of herself.

She decided to take the plunge and booked a back and leg lift procedure for August 2021.

“When I got there I was really impressed, the clinic was gorgeous,” she says. “I met with my surgeon and everything seemed fine. I was really excited, it felt like I was doing something just for me.”

Michelle was discharged from the clinic a day after her surgery, on August 15, and sent back to her hotel to recover, but instead she began to feel more and more unwell.

“I had a terrible stomach upset and my wounds were leaking,” she says. “I was holding sanitary towels against my oozing thighs and my bum was so sore I couldn’t even sit on the loo.

“I called the clinic and they told me they’d performed some liposuction and a bum lift while I was under, which I hadn’t asked for.

“They were extremely unhelpful, so as I started to feel worse I just wanted to get home.”

Michelle brought her flight forward, taking the only available seat – in business class – six days after her op.

When she arrived back in Belfast she went straight to her parents’ house and they called a family friend who is a surgical nurse.

“She came into the room and said it absolutely stunk of rotting flesh,” says Michelle. “The stench was terrible.”

Michelle was taken to A&E by ambulance and into surgery. Her leg wounds were opened and the infection flushed out.

It absolutely stunk of rotting flesh, the stench was terrible.

“They said if I’d have left it another 24 hours I’d have had sepsis,” she says. “My nurse friend told me I could have died – it was that serious.”

Michelle was admitted to hospital and pumped full of antibiotics. But she suffered another setback when the wound in her back burst open.

“I honestly thought that was it, I was going to die,” she sobs. “The healthcare assistant looked like she was going to pass out.

“I demanded to be shown what was going on back there and I just saw this hole in my back and thought, oh my God, I’m dying.”

Michelle underwent more surgery to clear the infection out of that wound, and then eventually skin was grafted from her right thigh to cover it.

She spent a month in hospital and her terrified son Luke wasn’t even able to visit her because of Covid restrictions.

She was finally discharged at the end of September but still has a long road back to health while her skin grafts heal.

“I’m covered in scars, I’ll never be able to do any bodybuilding competitions now,” she says. “The last six weeks have been absolutely terrifying, my desire to look good nearly killed me and it put my family through hell.”

Michelle wants to tell her story to warn others about the dangers of travelling abroad for cosmetic surgery.

“The aftercare I received was appalling, it was non-existent,” she says. “They didn’t even give me water when I woke up from surgery, I have to get a friend to go out and buy a bottle.

“I’m considering taking legal action against the clinic, but to be honest I’ve now lost most of my savings and I’m not sure if I can afford it. 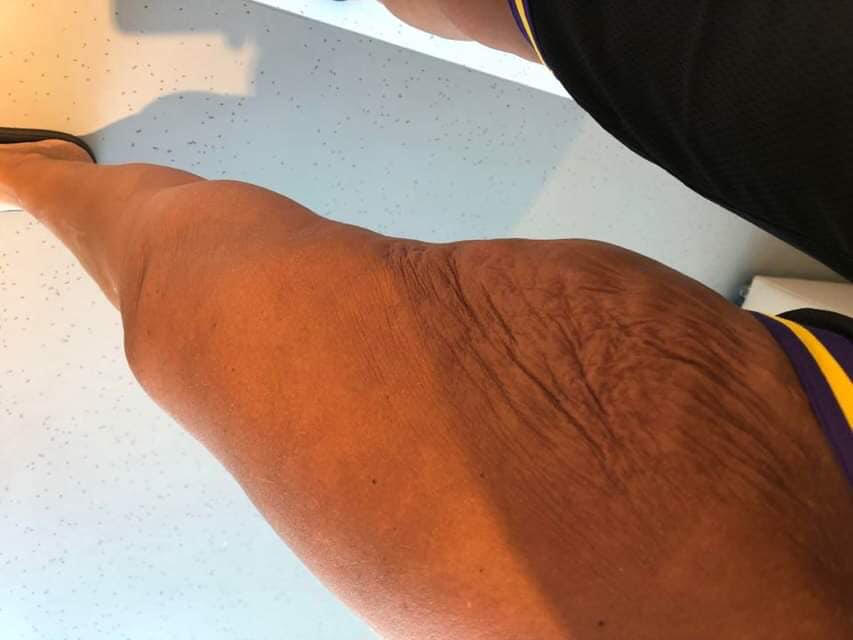 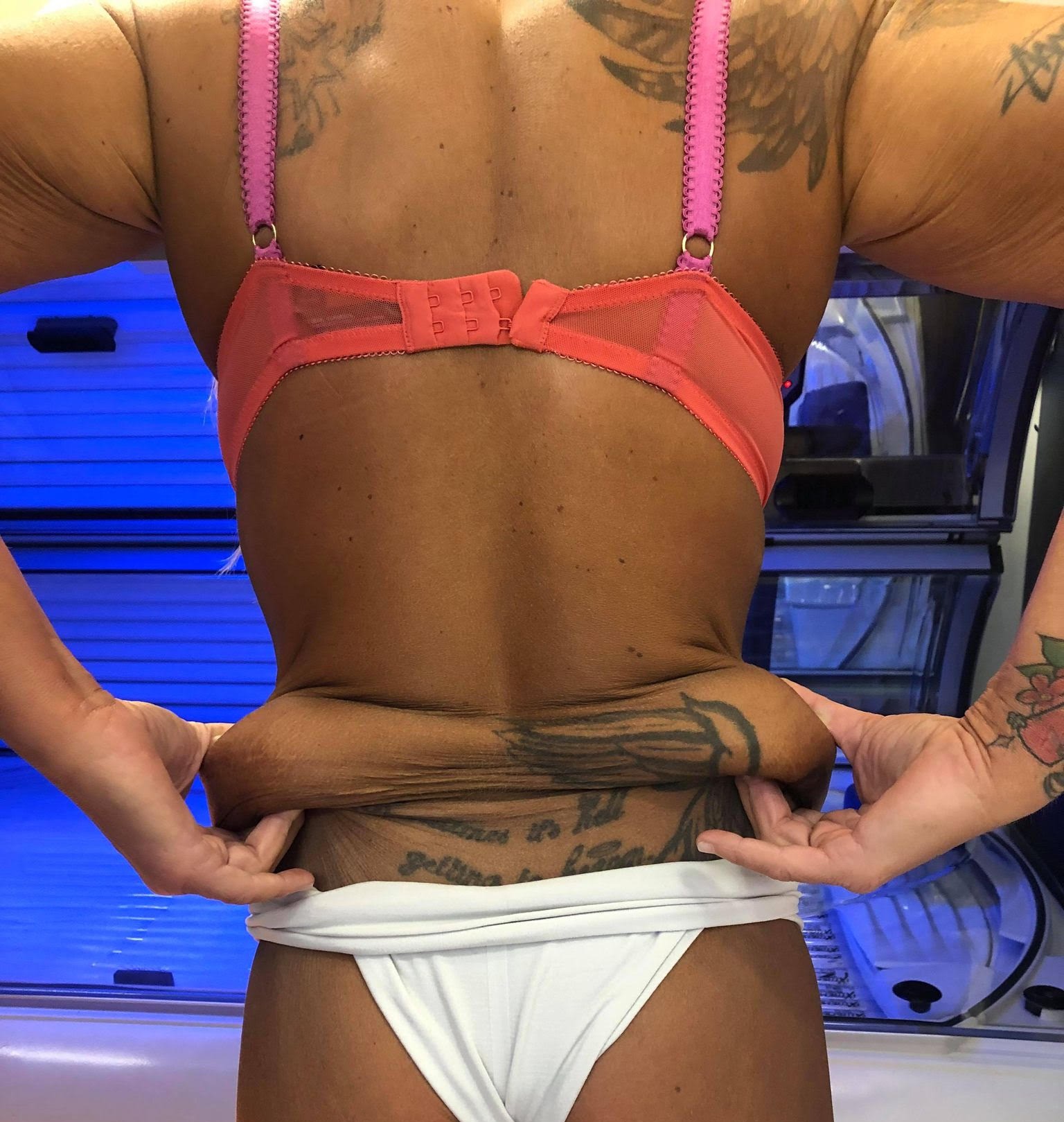 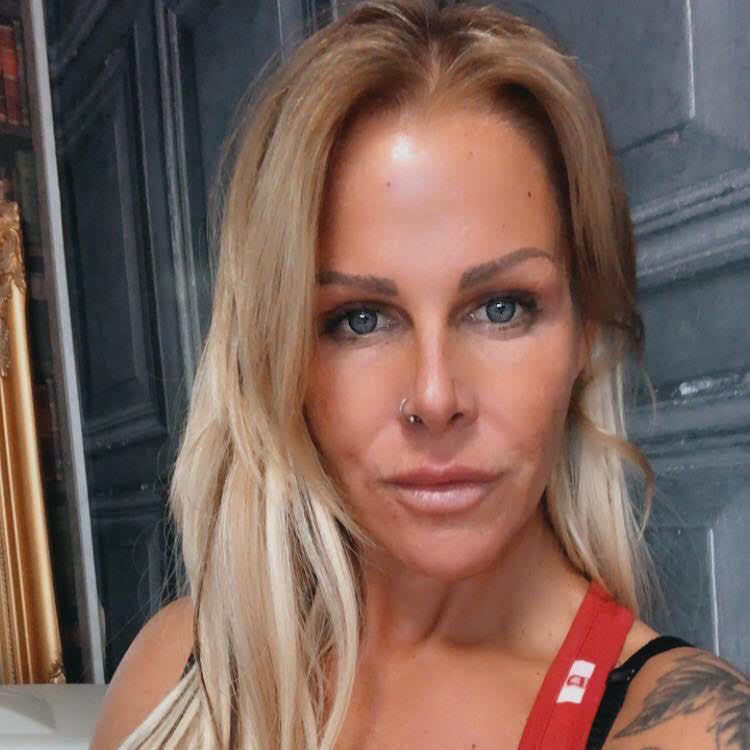 For more real life stories, these women have all received obscene pictures from men… and they've never been less aroused.

Plus, this man's heartbreaking story: "I watched helplessly as a car hit my girlfriend & baby as she pushed him in his pram, it killed them both."

Meanwhile, …I’m 21 and a mum-of-three & I’m sick of people saying I have it easy because I ‘only’ work two hours a day.