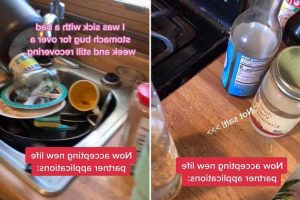 IF you've been in a relationship for a while, then chances are you've fallen into one of these two distinct categories – either you're the head chef of the house or the pro dishwasher.

But when one of you is feeling under the weather, it falls on the other to pick up the slack… right? 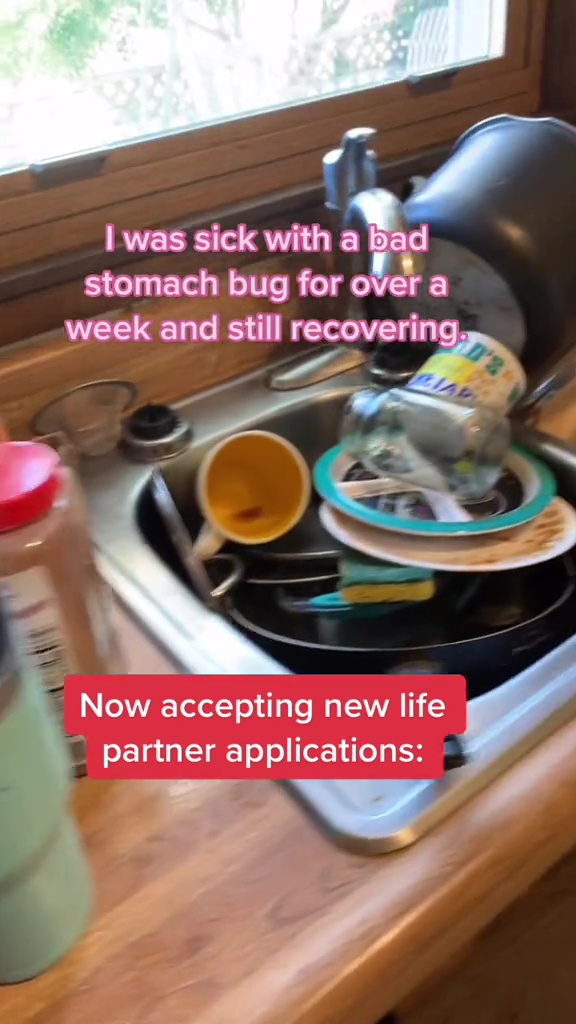 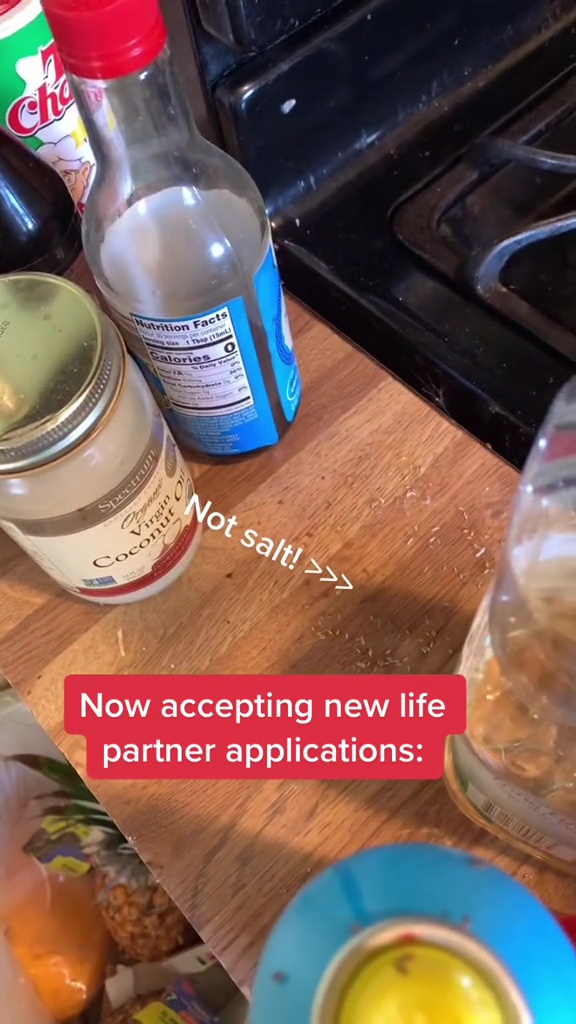 So naturally our hearts are going out to this woman whose partner didn't do a single bit of washing up for the week that she was sick.

And to make matters worse, her home is now infested with MAGGOTS after he refused to clean up after himself.

In a viral TikTok that's racked up over three MILLION views, the woman said she was "now accepting new life partner applications."

Giving viewers a tour around her absolutely trashed kitchen, the woman zoomed in on her sink which was overflowing with dirty plates, mugs and cooking utensils.

Meanwhile, old plates with half-eaten meals were left out on the side – which no doubt drew the insects in.

On top of this, the woman's partner hadn't bothered putting anything back in its rightful place – but had reassured her that he'd taken out the bin when she was sick in bed.

She explained: "I was sick with a bad stomach bug for over a week and still recovering.

"I have no words for the rage, disappointment and disgust I am feeling right now."

And we can't say we blame her.

Next to her hob and hidden behind an energy drink, her partner had also ignored the maggots covering her kitchen counter. 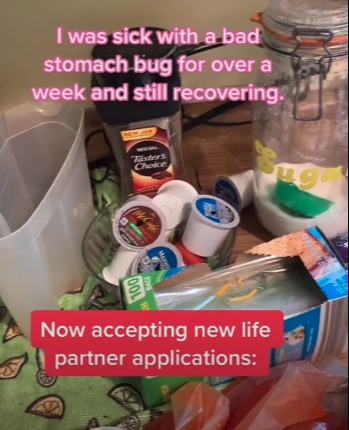 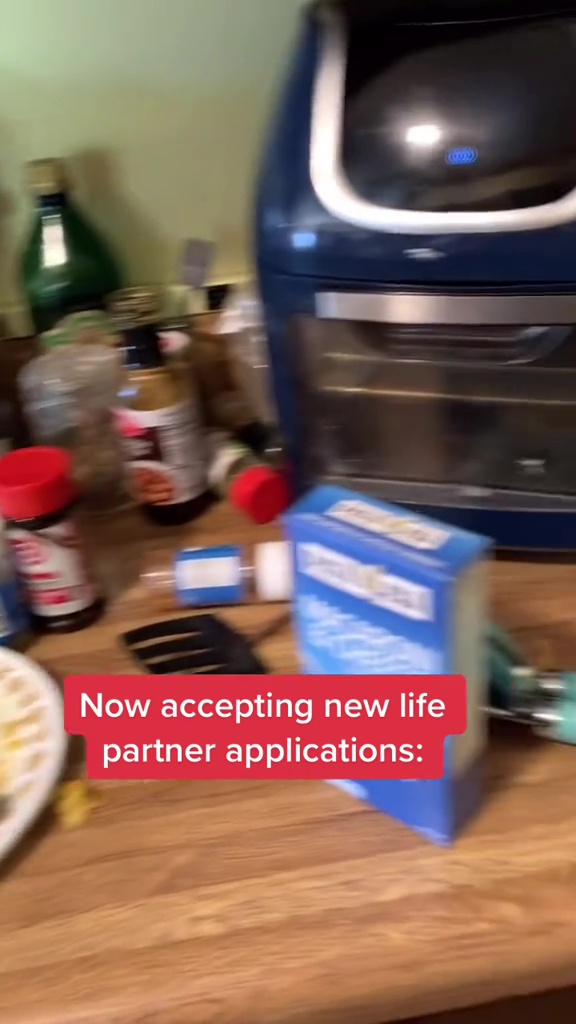 Zooming in on the infestation, she added: "Not salt!!"

In a follow-up video, the woman explained how the incident made her realise she's "wasted six years with a dud".

Rallying around her in the comments, one viewer replied: "This is 100 per cent worth ending a relationship over.

"There are people out there who would never treat you this way and you deserve better."

Another added: "[This is] weaponised incompetence ladies and germs – I'm so sorry you have to deal with that."

"This is an adult, not a child," a third wrote. "They know better and still do nothing. You're worth more than that."

For more viral stories, this mortified mum realises she’s been flashing neighbours as frosted window doesn’t leave ANYTHING to the imagination.

And this mum proudly showed off kids’ Halloween lunchboxes- but gets savaged by trolls saying she’s desperate to be perfect parent.

Plus this woman proudly showed off the engagement ring that was ‘bigger than she wanted’ & everyone is saying the same thing.