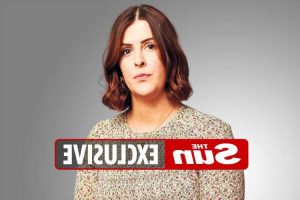 BY the time Niamh Spence was eligible for specialist miscarriage care on the NHS she was traumatised after the heartbreak of losing three pregnancies.

But instead of being told how to access the help that what was available to her, she was sent home to cope with her loss — and she ended up paying to get the care she desperately needed. 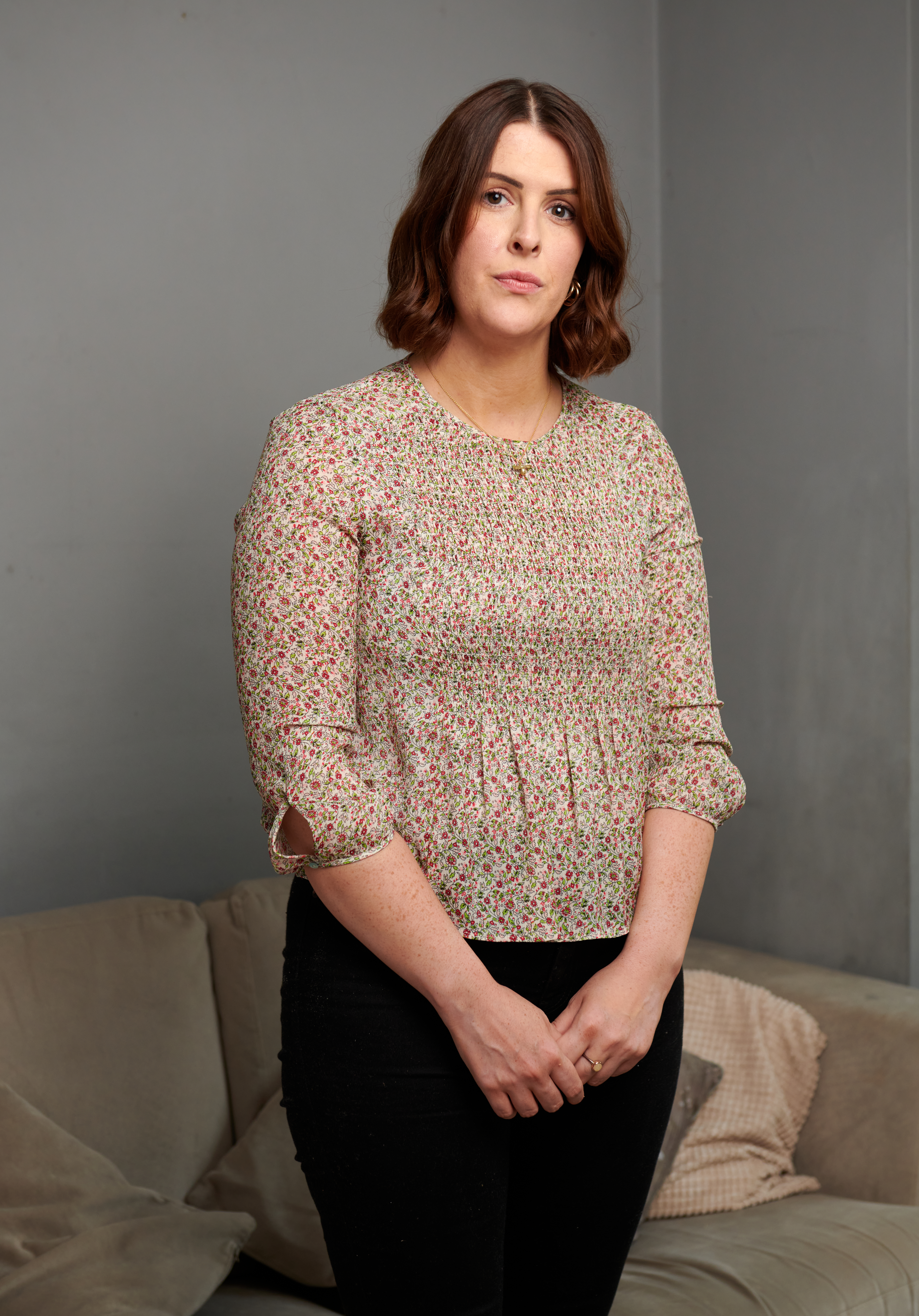 And it was only after a fourth miscarriage and a further year-long wait that Niamh was finally seen at an NHS clinic for tests.

In a heartbreaking interview she said: “By the time I’d had my third miscarriage I was traumatised.

"A nurse said I’d qualified to go to the miscarriage clinic as if it was some kind of prize, or a special club I was now a member of.

“But I didn’t get any information or a leaflet, no follow-up appointment, I was just told to go home and rest

"I was told my body would do what it had to do, but by then I hated my body — it seemed to be my worst enemy.”

Today Niamh is backing The Sun on Sunday’s Miscarriage of Justice campaign, which we launched last week in conjunction with baby charity Tommy’s, calling for better miscarriage care.

We asked our readers to sign a petition demanding that the Government overhaul the system, and already thousands of you have responded.

But now we need more signatures to reach a milestone of 250,000.

We want better support to be available for women after every miscarriage, not just three in a row as it currently is, and mental health support to be given where necessary.

We are calling for the postcode lottery to end so tests and treatments are standardised nationwide and higher-risk women get better care from the start.

Niamh, 30, from Salford, said: “There must be better support for mums suffering miscarriage. 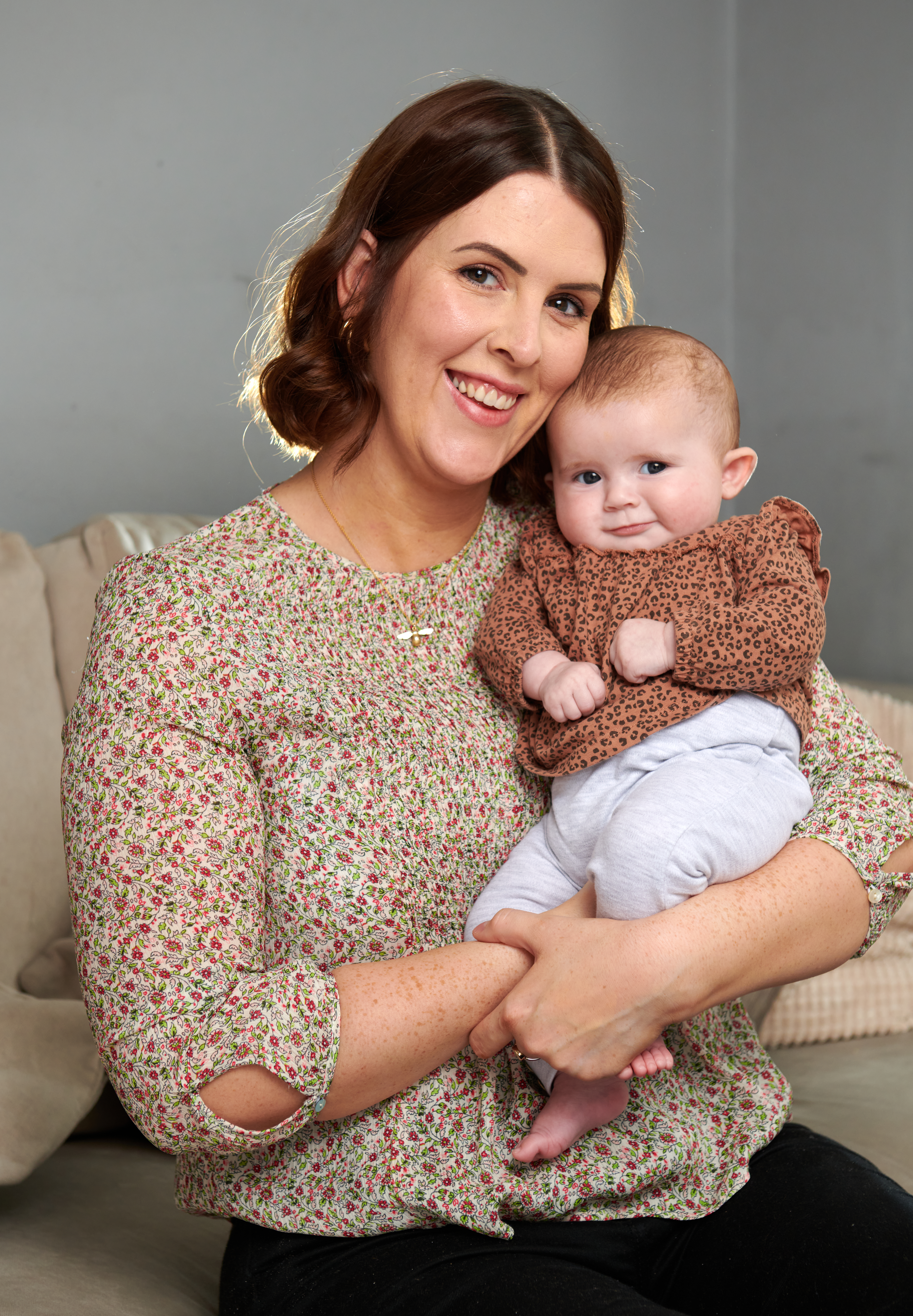 "The poor care I received makes everything so much harder than it needs to be. Things must change.

“It shouldn’t take three losses to get specialist care. I felt like I simply couldn’t cope with life and paid for therapy to help me deal with the mourning.”

The Prime Minister’s wife, Carrie Johnson, recently spoke of her miscarriage trauma when she revealed she is expecting her second child.

Carrie, 33, posted on Instagram: “At the beginning of the year, I had a miscarriage which left me heartbroken. I feel incredibly blessed to be pregnant again but I’ve also felt like a bag of nerves.”

Tommy’s research has found that nearly one in four women globally suffer the agony of a miscarriage.

It can have a profound psychological effect on both parents, almost quadrupling the risk of suicide, doubling the chances of depression and raising anxiety.

Each miscarriage increases the chance of another one by around ten per cent and leaves women at increased risk of future pregnancy complications such as premature birth or stillbirth.

Black women have a 40 per cent higher risk of miscarriage than white women.

PR manager Niamh had her first miscarriage in 2010 when she was 19 and at university.

She said: “I didn’t know I was pregnant until I was miscarrying at six weeks. I was in a state of shock. I did my best to brush it all off but I never really dealt with it or got on with it.” 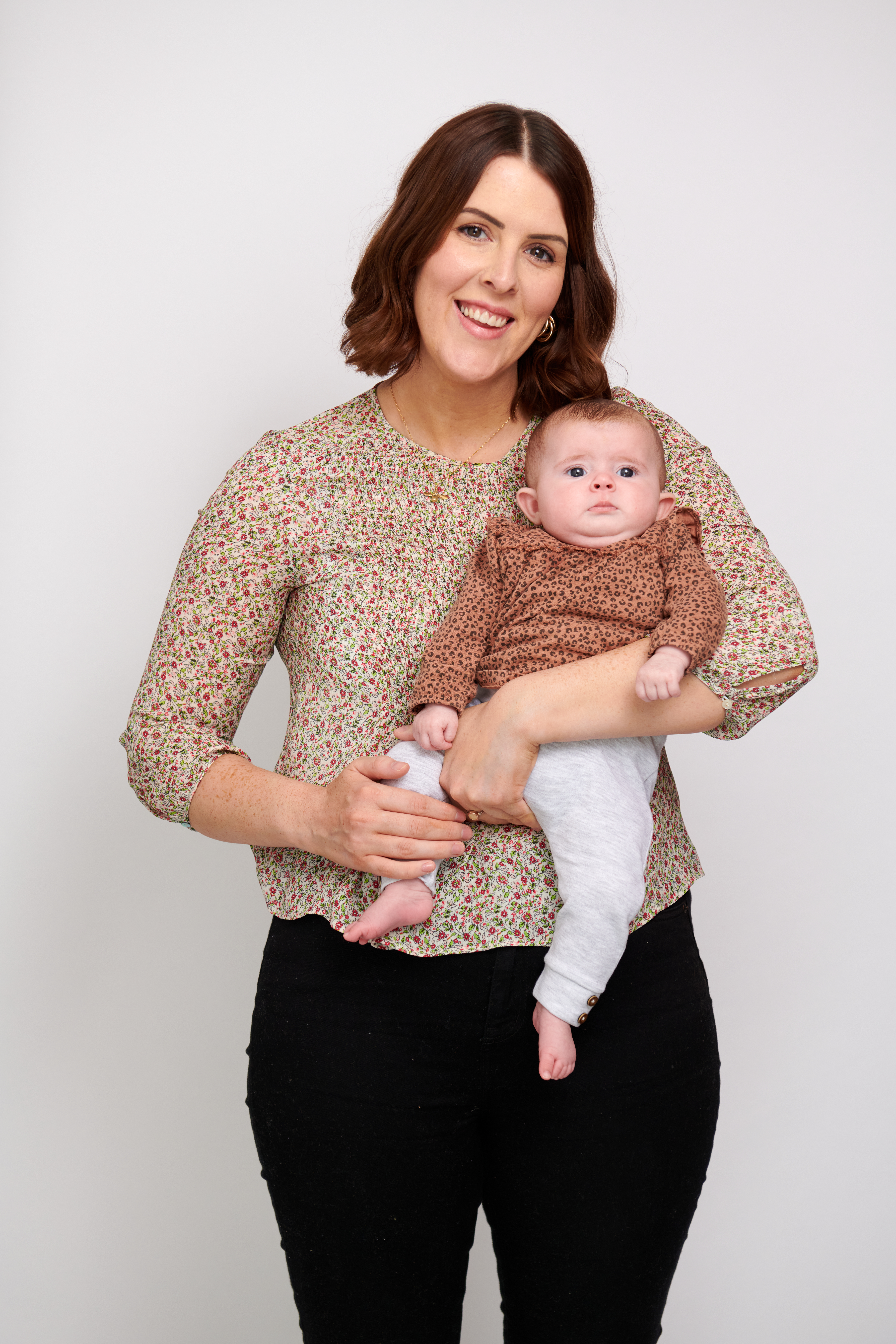 Then in April 2017, she suffered the same thing again at six weeks.

She said: “At Manchester Royal Infirmary tests showed the foetus wasn’t developing and I was given pills to bring on the miscarriage, then sent home.

"It was horrific, again dealing with all the negative, horrible emotions of losing a child and feeling completely unsupported.

“I got pregnant again that July, but the same thing happened yet again. At six weeks I started experiencing unusually heavy bleeding — it was a pattern.

"I went back to the MRI. That is when they mentioned the clinic — but gave me no information.”

In 2018 Niamh became pregnant for a fourth time. A scan at seven weeks showed a heartbeat but at ten weeks she miscarried. 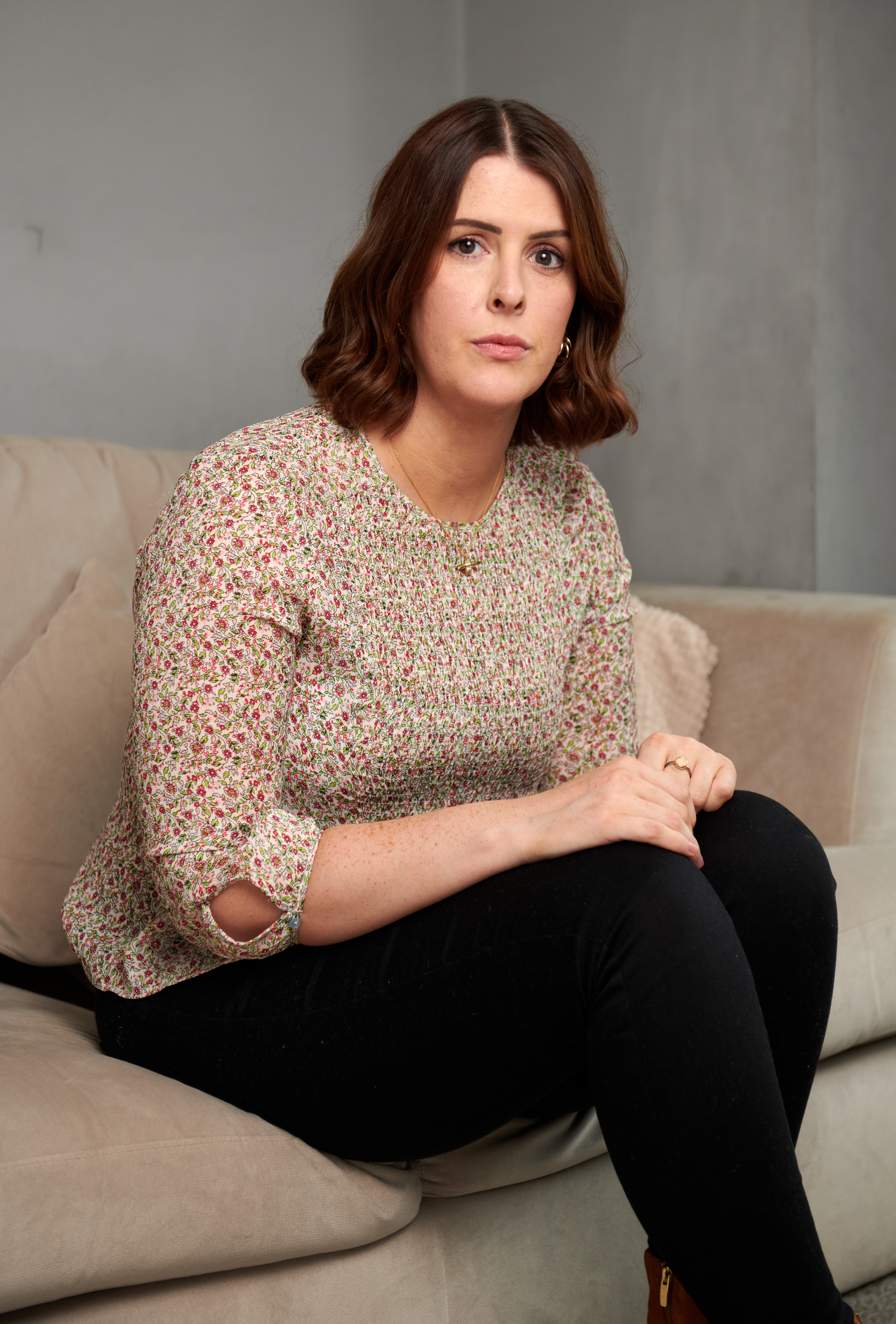 She said: “I had to go to hospital to take tablets to complete the miscarriage, then I had to return for an ultrasound 48 hours later.

“I was surrounded by happy, expectant couples with kids. I was in the darkest place imaginable.”

Niamh demanded help on the NHS — but it took nearly a year for an appointment.

She said: “In July 2019 I finally had tests, which were inconclusive.

“But they said if I got pregnant again they would give me progesterone hormone tablets. I felt it was a leap of faith — something that might work.”

And it did. She took the tablets during her fifth pregnancy and she and partner Steve Norman, a 39-year-old web designer, are now the proud parents of Evie, who was born on May 13 at 38 weeks and two days, weighing 6lb 9oz.

Tommy’s research has shown progesterone can help some women with a history of miscarriage and it is working to make this a standard NHS treatment.

Niamh said: “I don’t know if things may have been different if I’d had these tablets sooner.

“Losing a baby rips you to pieces, mentally and physically, and women need better care. I have signed the petition and I hope your readers do too.” 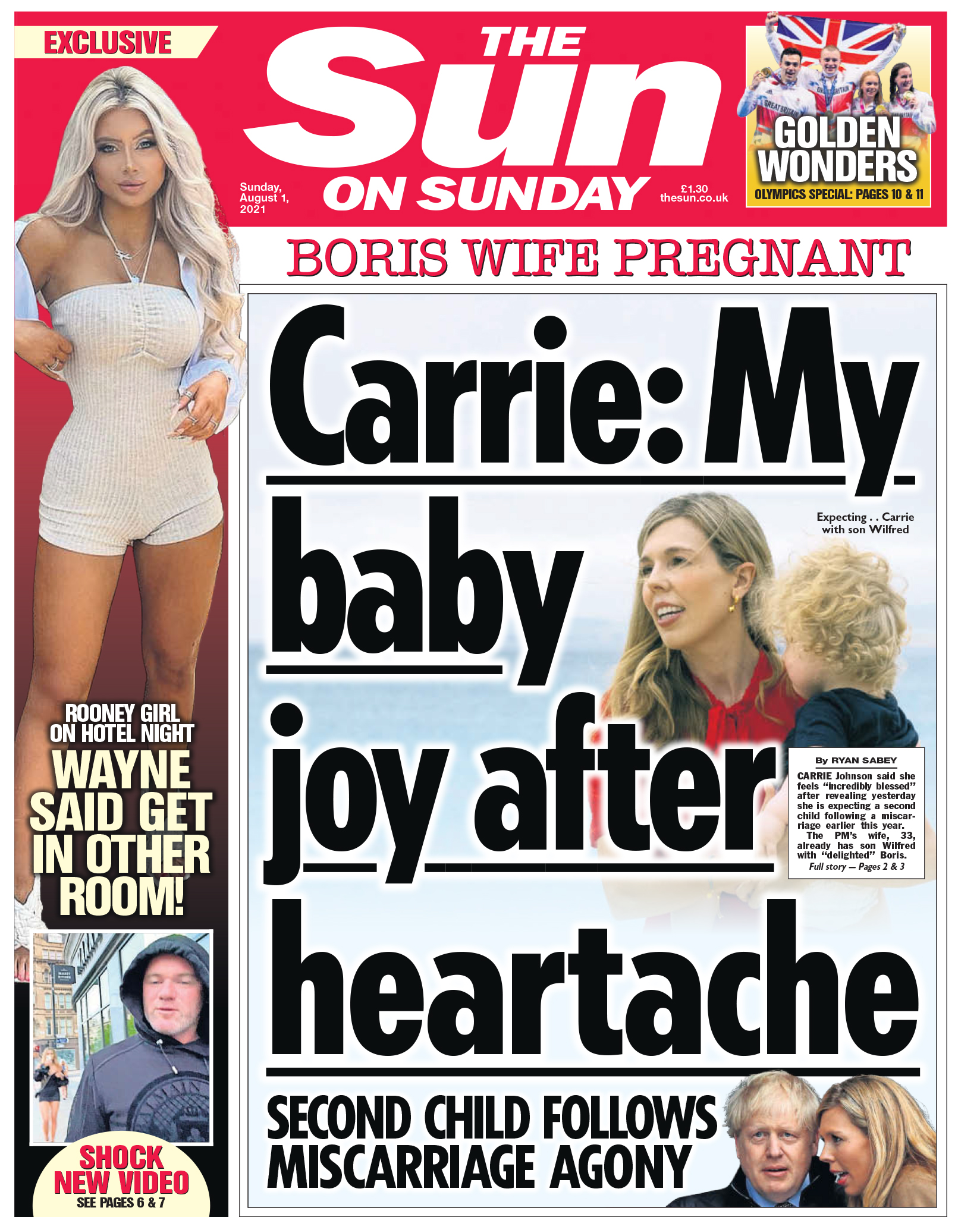 MORE than 20 organisations involved in ­maternal health, including the Royal College of Midwives and the Royal College of ­Obstetricians and Gynaecologists, have signed a letter from Tommy’s to Health ­Secretary Sajid Javid calling for changes to miscarriage care in the UK.